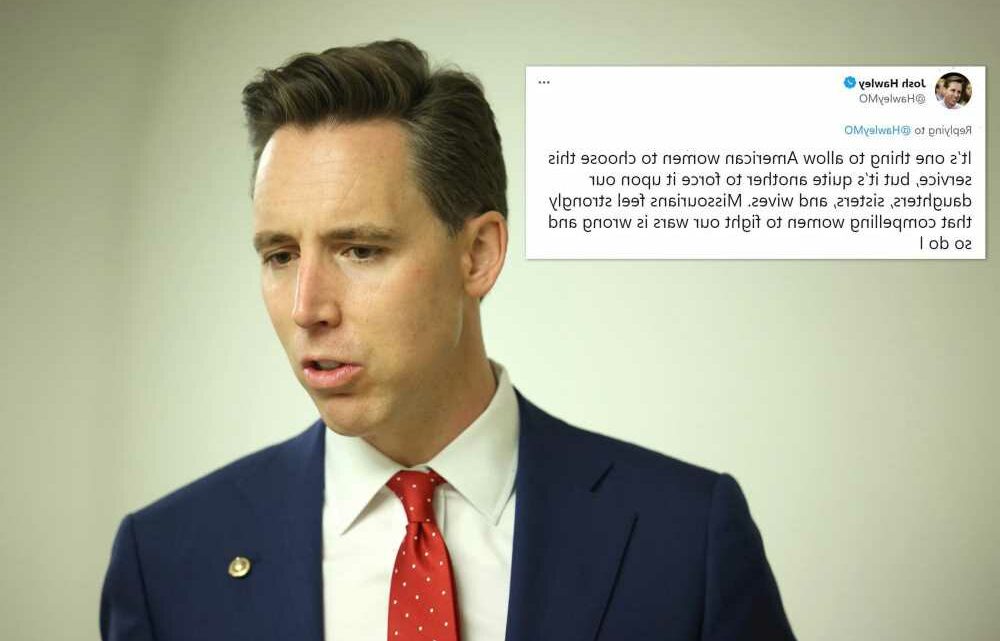 Republicans oppose ‘America’s daughters’ being ‘drafted against their will’

A group of Republican senators have drafted a plan to block a push to compel women to register for the draft upon turning 18 — dubbing it the “Don’t Draft Our Daughter’s” resolution.

“Women have heroically served in and alongside America’s fighting forces since our nation’s founding. It’s one thing to allow American women to choose this life, it’s quite another to force it upon our daughters, sisters, and wives,” Missouri Sen. Josh Hawley said in a statement.

The ​Senate National Defense Authorization Act, approved by the Senate Armed Services Committee last month, includes an amendment that would for the first time force women between the ages of 18 to 25 to sign up for the Selected Service.

Men of that age are currently required to do so. Those that don’t are ineligible for federal student loans and can’t land government jobs.

The language states that “only a small subset of women are able to meet the physical fitness requirements for combat roles.”

Proponents of the resolution stressed that they supported the right of women to join the military but opposed making draft registration mandatory.

“Forcing our daughters into the draft creates a burdensome and disproportionately increased risk of injury and fatalities for our nation’s women, as readiness data shows,” Sen. Lee said in a statement.

“This policy change is rushed and unnecessary in our current time of peace, and unduly harms women more than advancing any notion of equality. While American women should be empowered to serve in our Armed Forces, they should not be forced to fight.”

Ria Tabacco Mar, head of the American Civil Liberties Union’s Women’s Rights Project, has countered that the status quo creates a “serious burden on men that’s not being imposed on women.”