Shocking footage has captured the moment a 12-year-old girl was violently pushed to the ground and pinned down by riot police in Hong Kong as protests returned to the city over the weekend.

The child was seen in the video circulated online trying to run away from a group of officers who then tackled the young girl to the ground while onlookers shouted in anger.

Anti-government protests have flared up on the streets of Hong Kong again after weeks of relative calm since the enactment of a national security law.

On Sunday, more than 280 people were arrested at protests against the government’s decision to postpone elections for Hong Kong’s legislature. 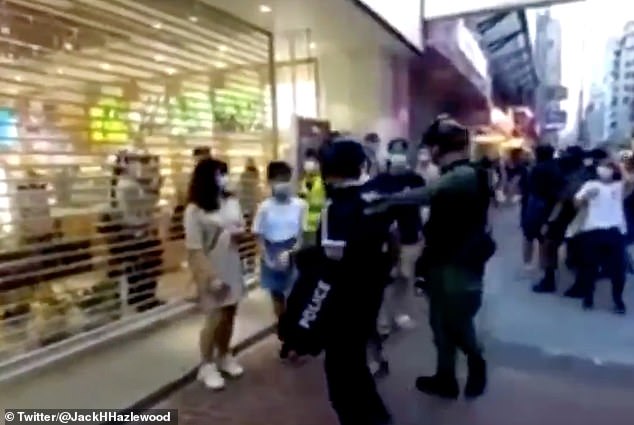 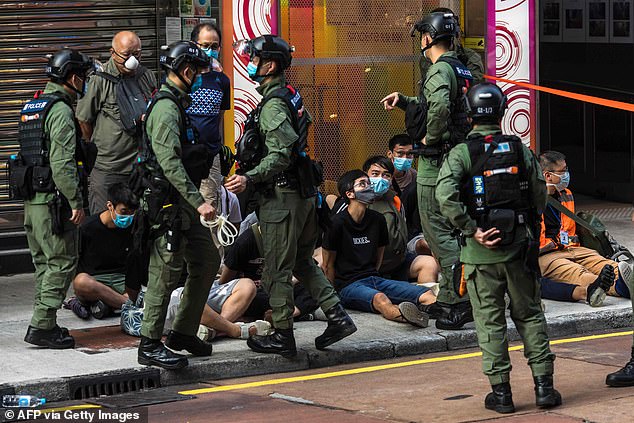 Anti-government protests have flared up on the streets of Hong Kong again after weeks of relative calm since the implementation of a sweeping security law. Police detain people as they patrol the area after protesters called for a rally in Hong Kong on September 6 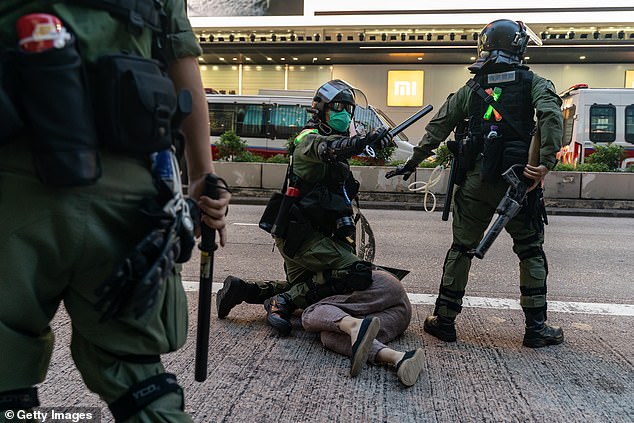 The elections were to have taken place on Sunday but Chief Executive Carrie Lam on July 31 postponed them for one year.

Ms Lam blamed an upsurge in coronavirus cases, but critics said her government was worried the opposition would gain seats if voting went ahead on schedule.

In the footage widely shared on social media, the police officers appeared to be seeking to corral a group of people including the 12-year-old girl.

As she ducked aside and tried to run away, an officer ran after the girl and wrestled her to the ground while several others followed and pinned her down.

Hong Kong police later confirmed the rough arrest of the young girl in a statement, claiming that she had run ‘in a suspicious manner’ and officers had used ‘minimum necessary force’ to apprehend her.

It read: ‘Police were concerned about youngsters participating in prohibited group gathering. Their presence at the chaotic protest scenes also endangers their own personal safety.’

The girl’s mother told reporters that her son and daughter, who was bruised and scratched following the incident – had been out to buy art supplies. 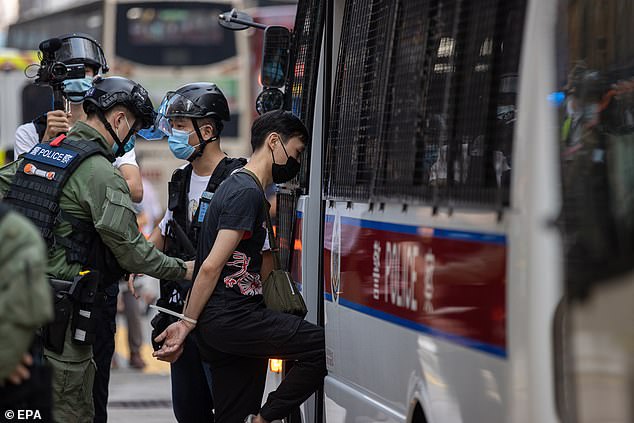 Police detain protesters during a rally against the postponement of the Legislative Council Elections in Hong Kong. 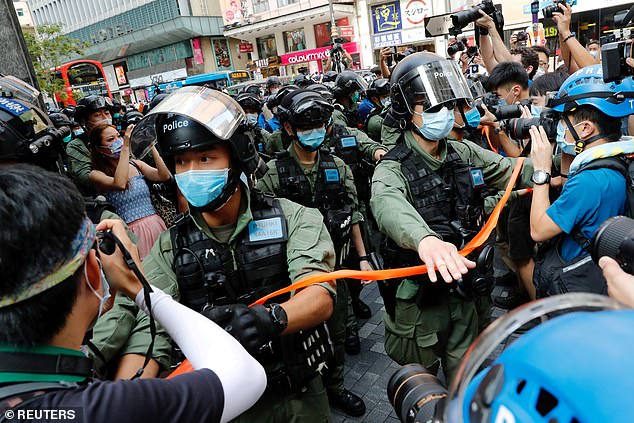 The parent is planning to sue and lodge a formal complaint, according to Hong Kong newspaper Apple Daily.

Police said that 289 people had been arrested, mostly for unlawful assembly.

One woman was arrested in the Kowloon district of Yau Ma Tei on charges of assault and spreading pro-independence slogans, the police department said on its Facebook page.

It said such slogans are illegal under a newly enacted national security law.

Anti-government protests erupted last year over a proposed extradition law and spread to include demands for greater democracy and criticism of Beijing’s efforts to tighten control over the former British colony. 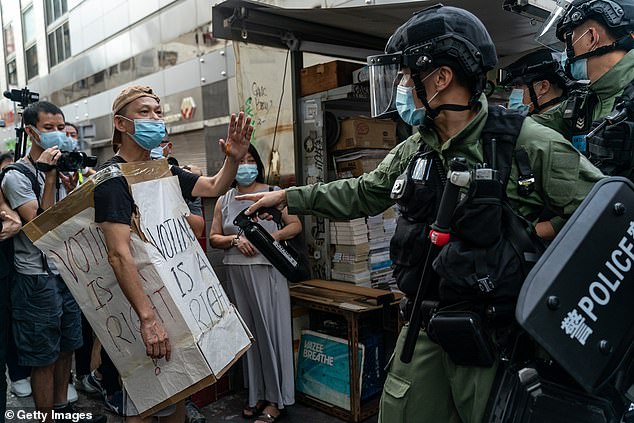 A man wearing a Voting Is A Right costume stand off with riot police during an anti-government protest on September 6. Police said that 289 people had been arrested yesterday

Coronavirus and the tough new security law have diminished the demonstrations this year, but smaller groups still take to the streets from time to time.

The ruling Communist Party’s decision to impose the law in May prompted complaints it was violating the autonomy promised to the territory when it was returned to China in 1997.

Washington withdrew trading privileges granted to Hong Kong and other governments suspended extradition and other agreements on the grounds that the territory of seven million people is no longer autonomous.

In the nearby Jordan neighbourhood, protesters raised a banner criticising the election delay, the Post said.

‘I want my right to vote!’ activist Leung Kwok-hung, popularly known as Long Hair, was quoted as saying.