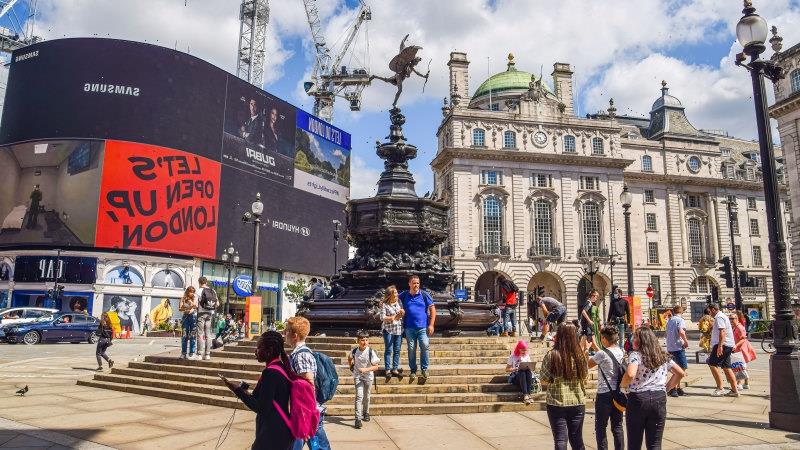 Getting people back into their workplaces will revitalise Melbourne

New York is booming again. Manhattan apartment sales have returned to, and in some cases surpassed, pre-pandemic levels. Sidewalks, restaurants and stores are beginning to bustle. London, too, has regained some pre-pandemic bounce.

Yet here in Victoria, people are talking about the end of the CBD. As arguably the world’s most locked down city, Melbourne faces unique challenges. 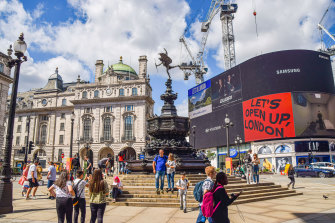 Tourists return to London’s Piccadilly Circus following the relaxation of coronavirus restrictions and quarantine rules in England over the past few weeks.Credit:Getty Images

All the evidence suggests there has been a permanent shift in behaviour with many employees reluctant to return to the office, preferring the couch to the commute. Which is unsurprising: a 20-month habit is hard to break.

At the moment, weekday pedestrian traffic is half of pre-COVID-19 levels.

If people are to change behaviours ingrained over almost two years, they expect a reward for the commute.

For some, those benefits will be found within the office. Those seeking career advancement may find it easier to impress a boss face-to-face than on Zoom. For younger workers, it will be the chance to learn from colleagues, instead of trying to grow professionally from a share house bedroom. For many, it will be the organic conversations in hallways and at colleagues’ desks that give us the insights we need to work effectively and feel less isolated. 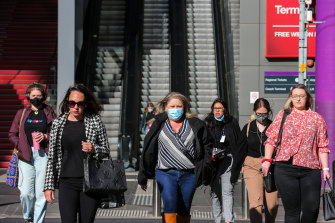 Many people are reluctant to return to their workplaces after spending 20 months working from home.Credit:Paul Rovere

For others, it will be realising that ditching the daily commute has come at a cost. When you’re working where you sleep, home and work life will inevitably blur. Without a physical divide, there is no reprieve from the pressures of either.

It has been a privilege to witness Victorians’ experiences of that first return to Melbourne.

The first spontaneous gathering for a drink or dinner after work on a warm night; the awe of being immersed in the works of Vincent van Gogh at the Lume; the pure joy of children returning to traditions such as the Myer Christmas windows or creating new ones like the Christmas projections at Chapter House Lane. 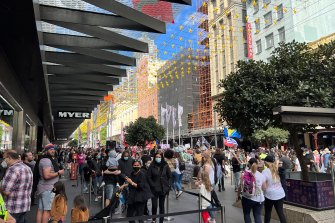 Families queue to view the Myer Christmas windows in Bourke St while protesters march in the backround.Credit:Ashleigh McMillan

We know that people love coming into town for experiences: on weekends, foot traffic has reached 80 per cent of pre-COVID-19 levels.

But a glance at the vacant shopfronts shows there is still much work to be done. Many of those represent a small business built on years of hard work and sacrifice, wiped out by six lockdowns.

The first step to recovery must be giving businesses certainty about staying open.

The second step is creating the conditions for businesses to prosper. Melbourne is ideally placed to pick up tech businesses as well as the next generation of advanced manufacturers. As a launching pad to the Asia Pacific, it is an ideal location for headquarters. As a council, we are working to make Melbourne the easiest place to start and grow a business through the establishment of Invest Melbourne. This is the time to back our city and turn vacancies into opportunities.

The third step is driving visitation to ensure new businesses thrive. We are seeking to do just that through the establishment of Visit Melbourne to showcase Melbourne’s cultural strengths. After six lockdowns, we are hungry for experiences. An afternoon of online shopping and streaming are no match for Melbourne’s little streets and theatres.

Will it work? Last week, John Forsyth, the boss of Australia’s oldest bookseller Dymocks Group, warned the City of Sydney that it risked losing retail and investors to more “vibrant” cities like Melbourne. Forsyth, who described himself as “Sydney through-and-through”, said he looked with “envy” at Victoria because in Sydney everything “is always too hard, and takes too long”.

There is every reason to be optimistic about the future of Melbourne. But the most powerful reason is not contained in a plan. It’s the relationships Victorians have with the city.

Melbourne’s identity is like no other capital city in Australia. It’s a city of opportunity. Prior to COVID-19, it drew young people from the regions, interstate and overseas. Unlike Sydney, which lost almost 20,000 people each year to other states, Melbourne would pick up about 10,000 annually. As a Sydneysider by birth, but a Melburnian by choice for my entire adult life, I understand the attraction.

Whether we have lived in, worked in or simply visited Melbourne, it is a city with which we all have a personal history. It is likely why the images of empty streets during lockdown were so gut-wrenching.

Of course, as the engine room of the Victorian economy, there is a clear economic imperative to bring Melbourne back. But the city also has a deeper meaning, which will be the key to its future. Melbourne stands for the very things we have lost over the past two years: freedom, opportunity and hope.

Cities have existed for thousands of years. They were never going to die. But there’s every reason to believe this one, our Melbourne, will rise stronger than before.

Roshena Campbell is a Melbourne City councillor and commercial barrister.