GERMANY is being urged to go into lockdown NOW amid spiralling Covid cases as a horrifying fourth wave of the deadly bug strikes Europe.

As hospitals become overwhelmed in Holland, the country is bracing for a "Code Black" scenario meaning medics may be forced to choose who lives and dies, while the new super strain has emerged in Belgium. 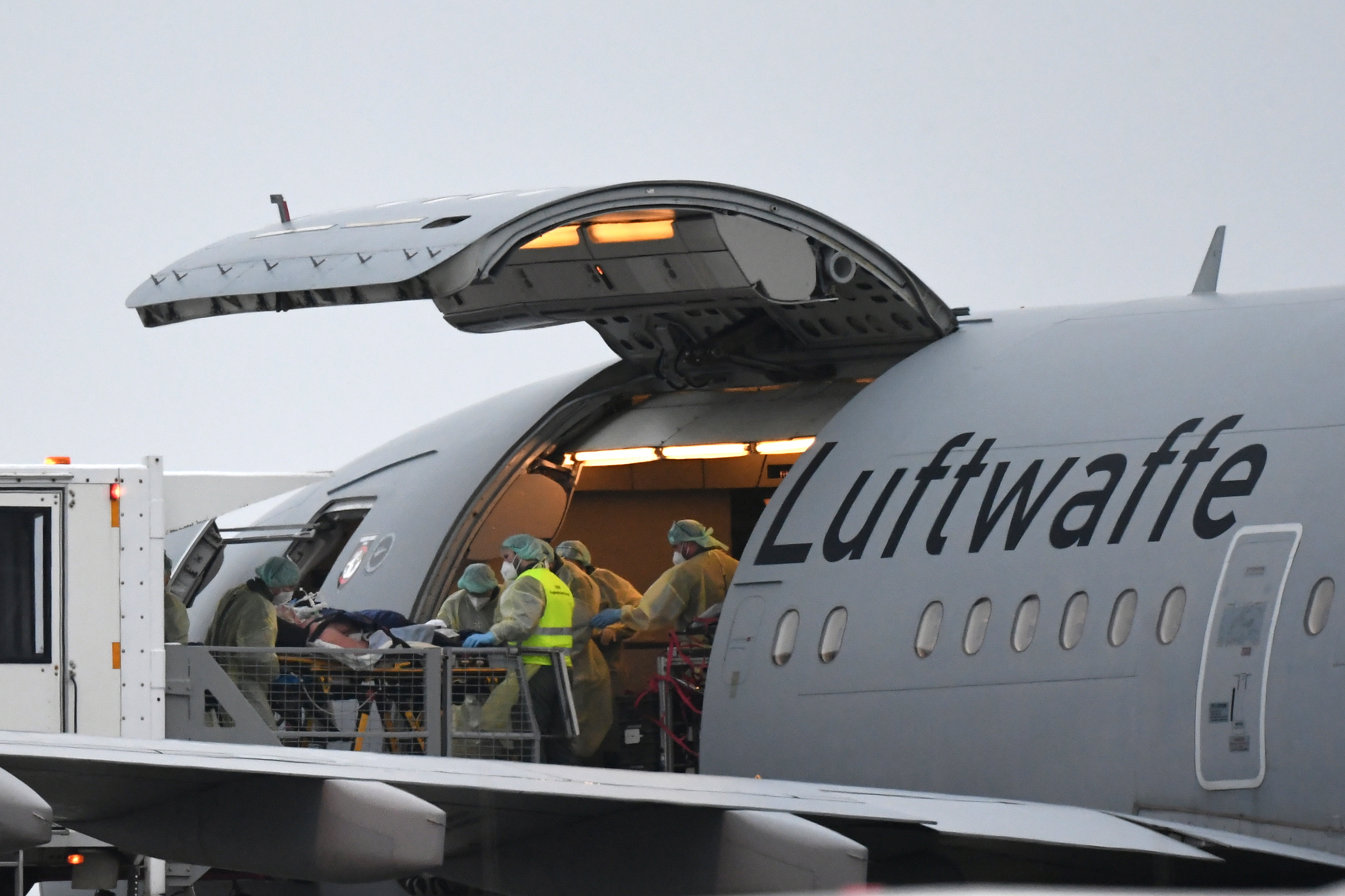 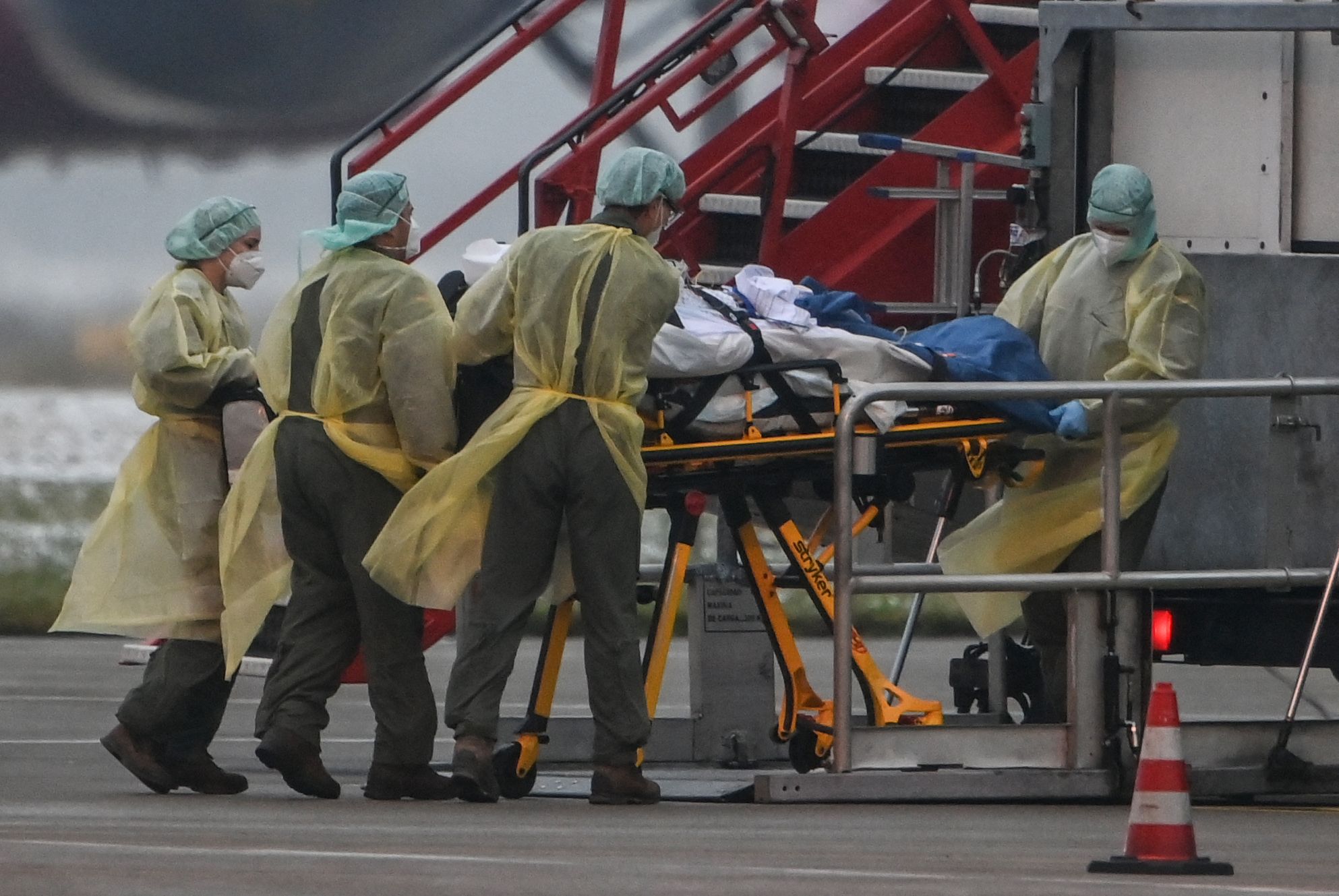 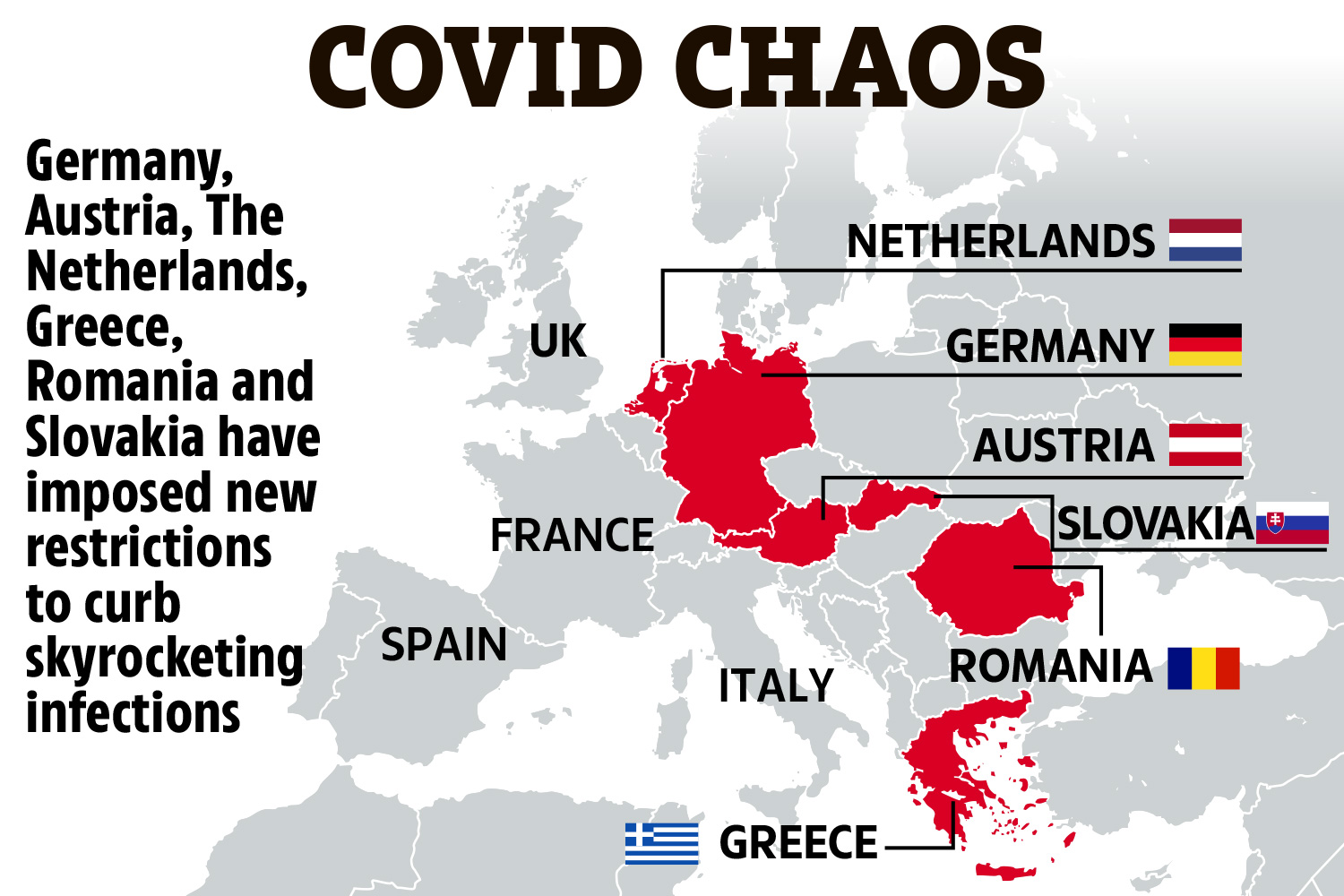 Authorities in Belgium today revealed an unvaccinated person has tested positive for the new variant, which experts have warned is the most evolved so far, and could be worse than Delta.

Infection rates are skyrocketing across the continent, causing some nations to plunge populations into lockdowns and impose fresh draconian restrictions.

The surge has been blamed on the relatively low uptake of vaccines compared to the UK and a lag in deciding to give booster jabs.

After Germany yesterday passed the grim milestone of 100,000 Covid deaths, top health officials have tabled throwing the country back into lockdown to curb surging infection rates.

Doctors believe such measures are needed to tackle the huge increase in the number of patients being admitted to intensive care and are the only way to avoid "the road that leads to chaos".

Germany is now among the worst affected nations in western Europe, hitting a record of more than 76,000 infections on Friday.

With hospitals filling up fast, authorities have been forced to fly severely ill people around the country to find intensive care beds.

Professor Lothar Wieler, the head of the Robert Koch Institute, Germany’s federal disease control agency, says the nation is "at a crossroads".

“We need a massive contact reduction immediately,” he said.

“I expect right now for the decision-makers to trigger all measures in order that we can bring down the incidence rate together.

“We are at a crossroads. We have one choice. Either we choose the road that leads to chaos and to a bad end or the one which unburdens the health system and maybe enables a peaceful Christmas."

Germany is even considering making vaccines compulsory amid warnings from Angela Merkel the coming winter will be "worse than anything we've seen".

It comes as hospitals in the Netherlands prepare for a "Code Black" situation as there could soon not be enough beds available for people struck down by Covid.

Dutch health minister Hugo de Jonge insisted the country is still "very far away" from code black – but Peter Langenbach, chairman of the board of the Maasstad Hospital in Rotterdam disputes this.

He told radio show NPO 1 doctors are already facing difficult choices on who to treat first and says restrictions are not working do not go far enough as cases continue to dramatically rise, branding them"insufficiently coherent, insufficiently communicated, and insufficiently strict".

"We are now ten days after the press conference and about nine days after the measures were announced, and we are still above 20,000 infections and a large number of admissions per day,"Langenbach said.

Meanwhile, the new Covid variant has spread to Belgium and Israel after being found in Botswana, South Africa and Hong Kong.

Called B.1.1.529, the bug has 32 mutations – twice as many as the delta variant and experts are cautioning that it could force countries back into lockdowns.

Belgium said this afternoon it has detected the first announced case in Europe of the new Covid-19 variant, in an unvaccinated person returning from abroad.

And the "horrific" mutation has also been detected in Israel today, with the country's health ministry confirming that one person had tested positive with the strain.

There are close to 80 cases of the variant in South Africa and experts warn the strain is behind an explosion of new cases, with some regions seeing a six-fold rise in infections in a matter of days.

Today, passengers on board two flights from South Africa were forbidden from getting off at an airport in Amsterdam.

Authorities are concerned about the new "super strain" of Covid and are forcing all 600 passengers to get tested before they disembark – meaning they are having to remain on the plane until results are back.

Despite cases now being detected across the globe, experts have said mutations in viruses are normal and that this was "to be expected".

Speaking on Good Morning Britain this morning, Professor Devi Sridhar said that as long as the virus has a chance to circulate somewhere in the world, it is going to keep having mutations.

"At some point one of those mutations will have a selective advantage, being more transmissible as we have seen with Alpha and Delta.

"It's to be expected and people shouldn't be worried, we will continue to hear about variants."

Meanwhile, Slovakia – in the midst of the world’s fastest rise in infections – on Wednesday declared a 90-day state of emergency with a two-week lockdown shutting all non-essential shops.

It follows a similar total lockdown in Austria and new restrictions in Greece, the Netherlands and Romania – which has already seen bodies piling up outside hospital morgues.

The World Health Organisation has warned Europe could see an additional 700,000 deaths by the spring. 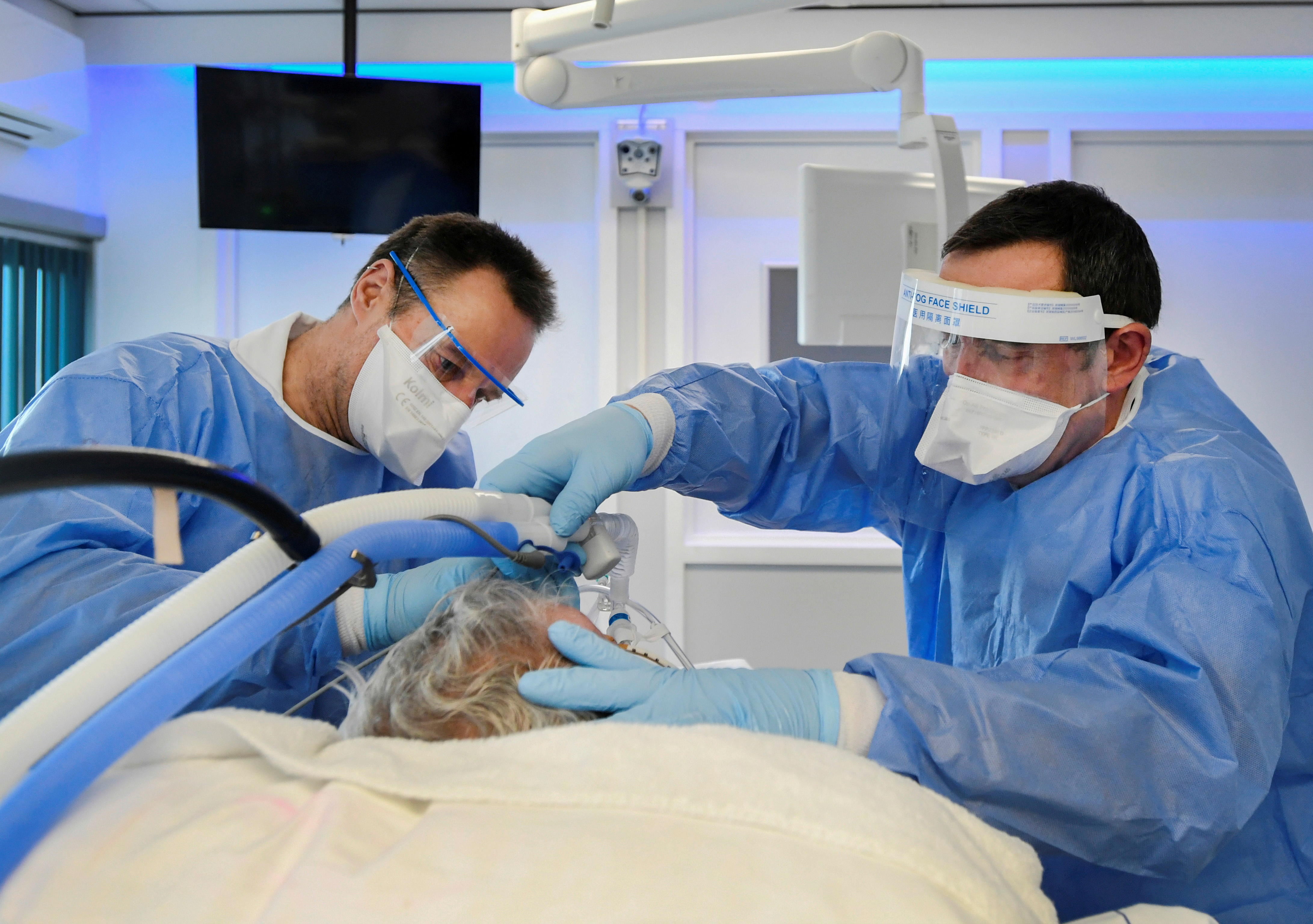 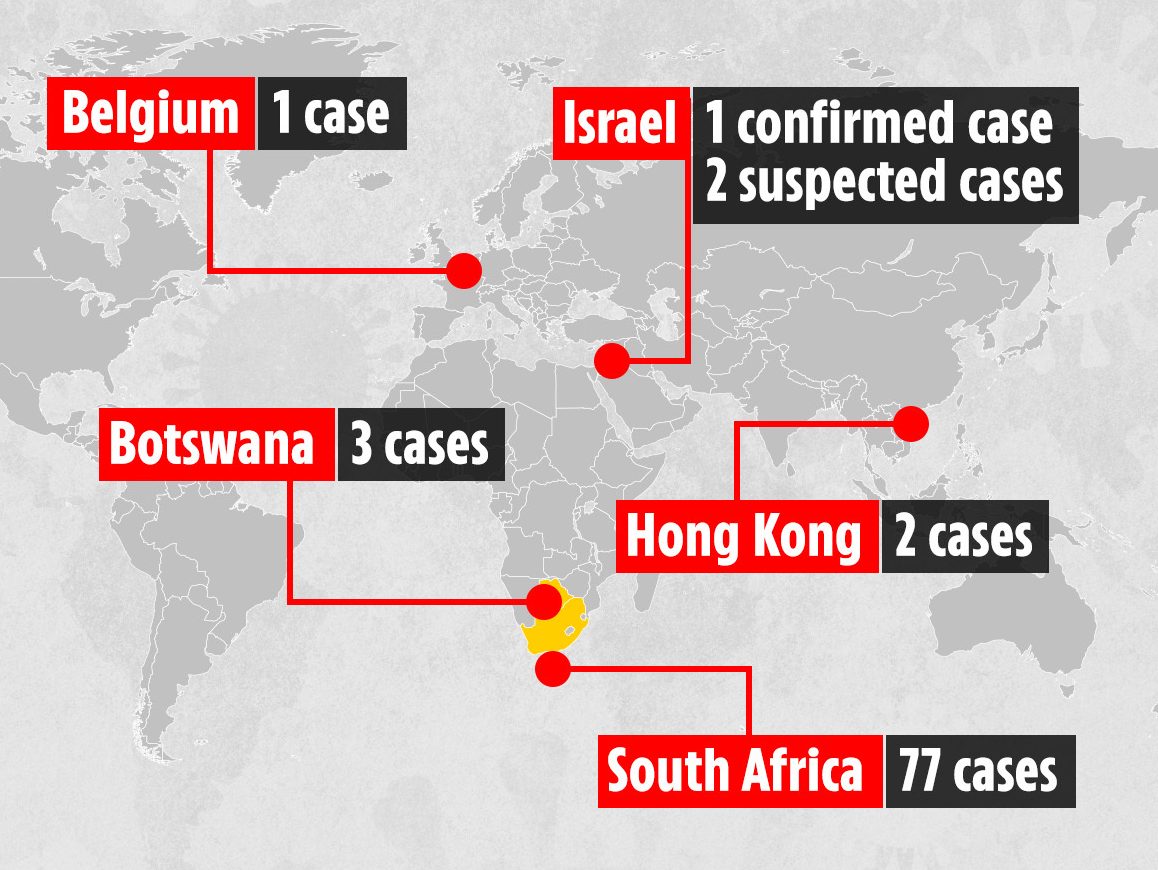 Hackers can use compromised Google Cloud accounts to install mining software in under 30 seconds: report
Technology