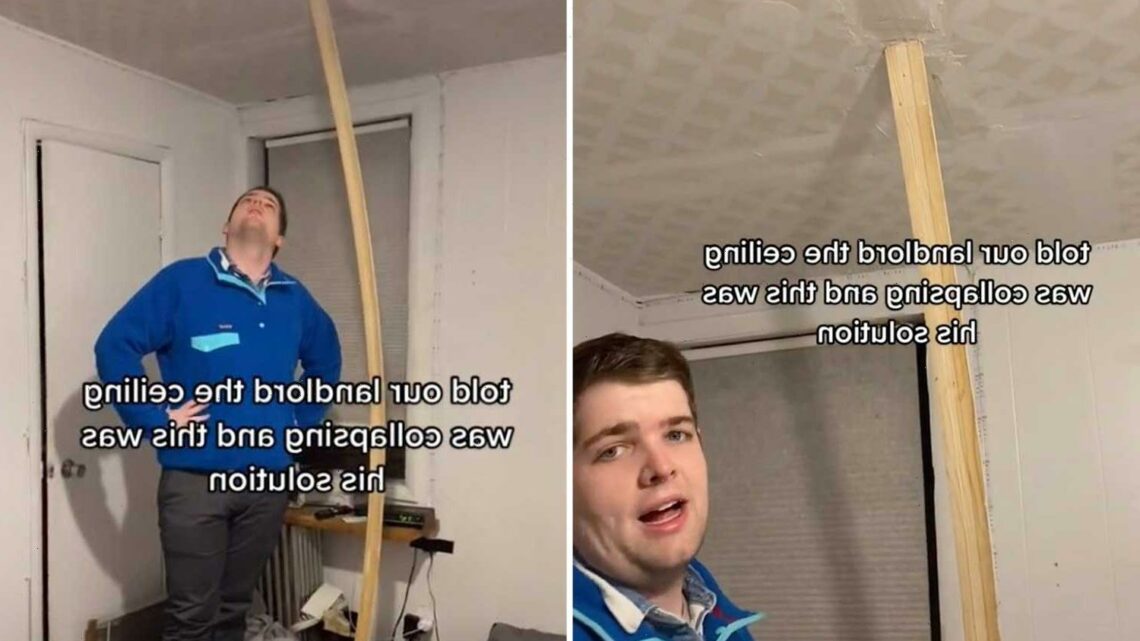 TikToker Milie shared the hilarious clip of their housemate staring up at the damage in disbelief – as the owner had propped up the ceiling with a PLANK OF WOOD. 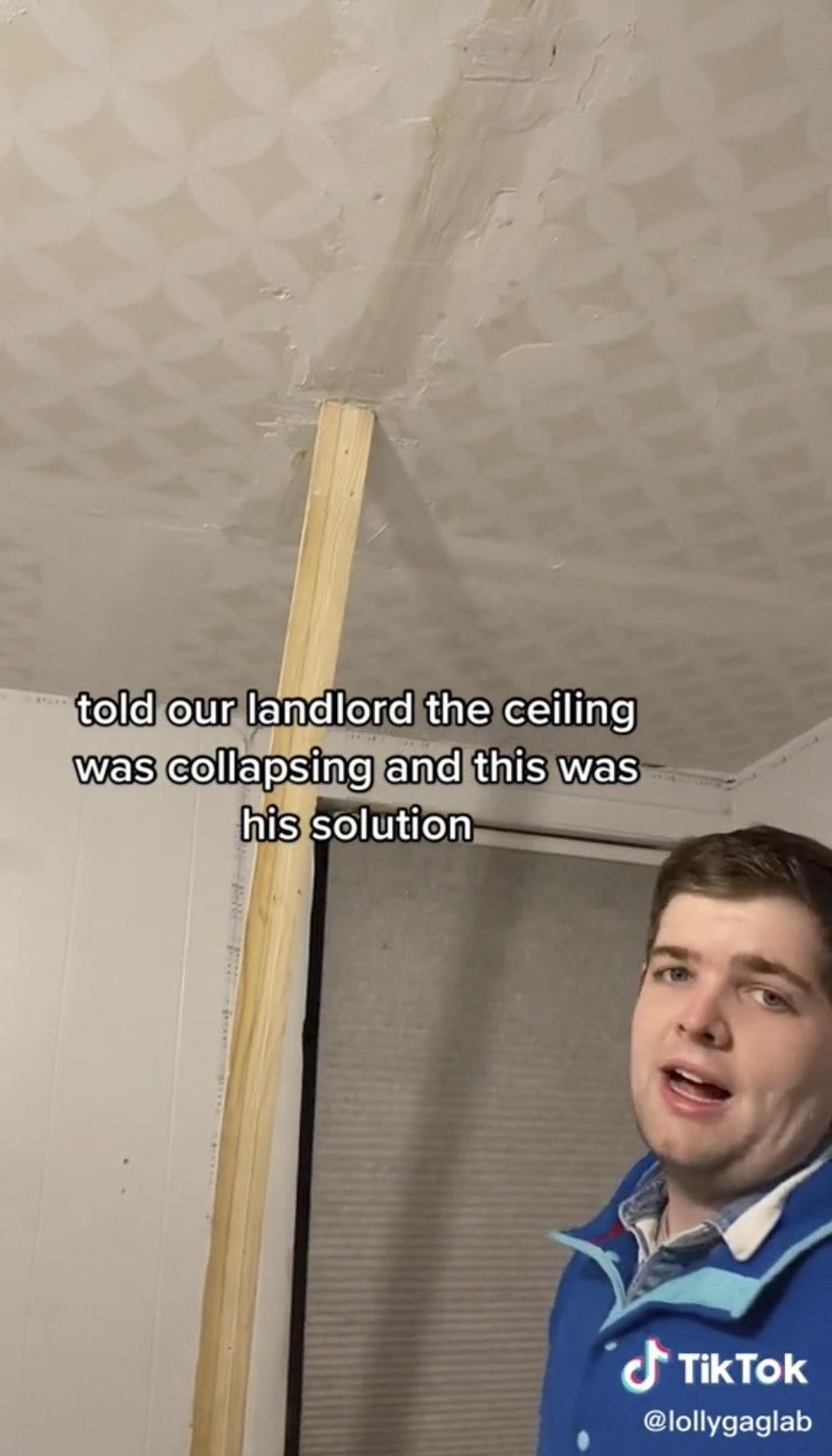 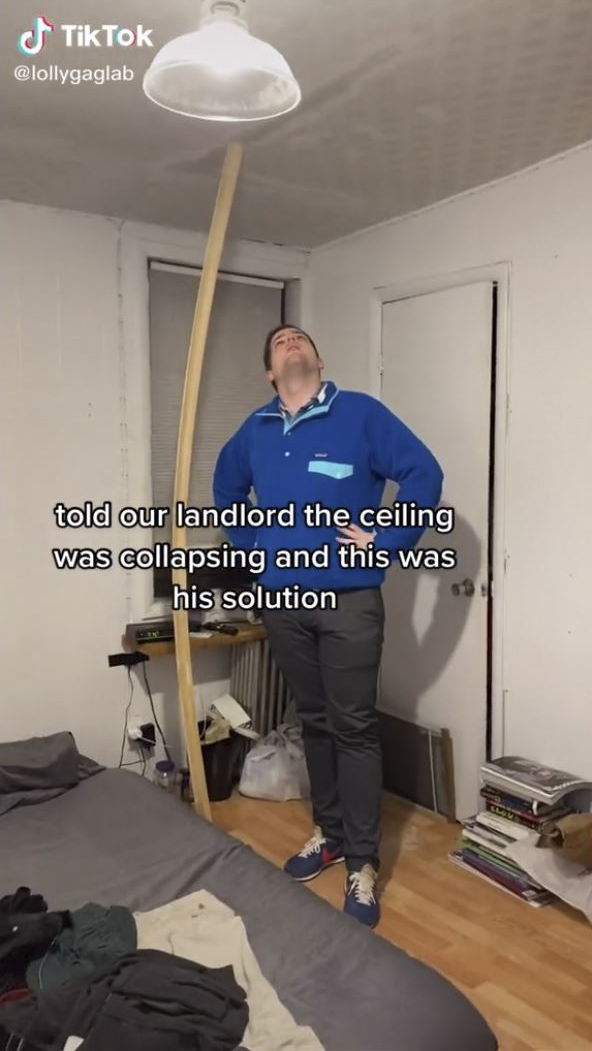 The quick fix had social media users in stitches as the large plank evidently struggled under the weight of the ceiling and was bending under the pressure.

Milie explained: "We told our landlord the ceiling was collapsing and this was his solution."

As they stifle laughter while getting a feel for the new bedroom feature, the clip shows the wood wedged firmly between the floor and the ceiling.

"It looked so ridiculous," Milie continued on the clip. "It's literally holding up your room!"

The baffled housemate is then seen examining the wood as his pal hysterically laughs.

He then tells Milie he "wishes he had a Hot Wheels" car to put the curved wood to the ultimate test.

The TikTok has garnered over 1.6 million views after being shared on Wednesday – but not everyone saw the funny side of the unorthodox solution.

Users were quick to call out the landlord's dodgy DIY and said they should refuse to pay their rent until it was adequately fixed.

"This cannot possibly be legal," one concerned TikToker wrote.

"So like sue them? You do realise how illegal this is right? Doesn't matter if you like the landlord or not that's incredibly unsafe," another added.

"I hope this is a short term thing because that board looks like it's about to snap," a third user chimed in.

But another amused user wrote: "Paint it! You can call it mid-century modern!"

However, Milie insisted that it was only a "temporary solution" for the issue and that they have a great relationship with their landlord.

"You guys I love my landlord. I just don’t know what the logic was here," Milie added. 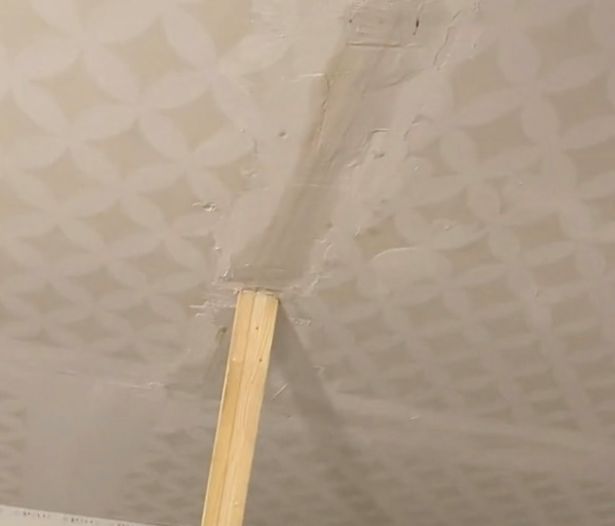 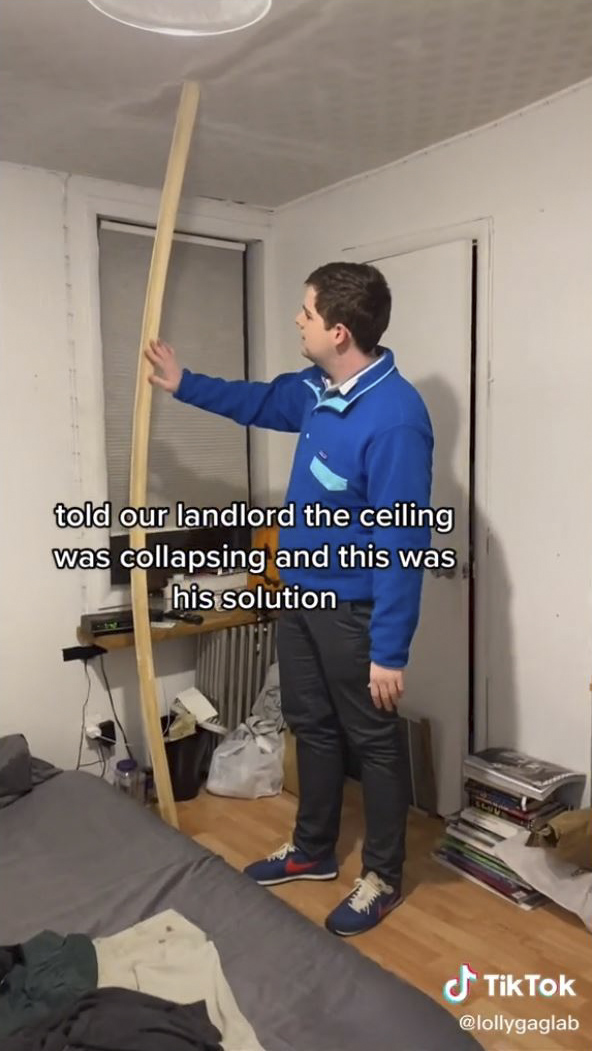 Tomatoes can be grown on Mars, scientists have found – meaning we can still have ketchup on the Red Planet