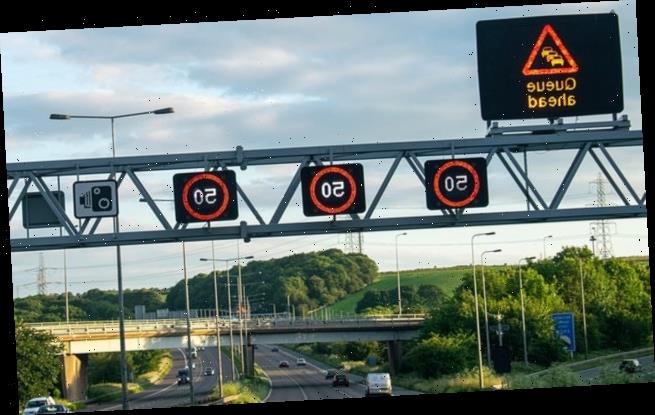 Thousands of speeding drivers have escaped fines on a busy motorway for over two years – and have only been sent powerless letters about the environment instead.

The Welsh Government had imposed a set of 50mph restrictions on several roads – including the M4 – as a trial in June 2018 to cut nitrogen dioxide levels and made it permanent in 2019.

The lower speed zones were introduced on parts of the M4 motorway in South Wales, three nearby A-roads and two in North Wales after they failed to meet EU targets on air pollution. 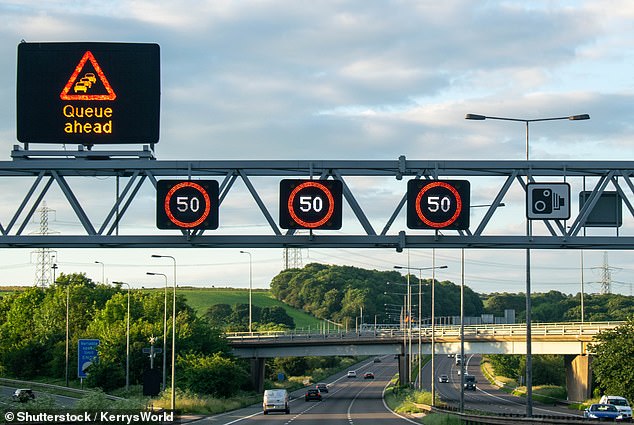 Thousands of speeding drivers have escaped fines for exceeding 50mph on a busy motorway for over two years, it has been revealed (stock photo)

But no £100 fines or penalty points have been handed out since the speed cameras were set up on the roads in 2018.

Instead, advisory notices are sent out to motorists breaking the limit to give guidance about the reasons for the reduced speed, such as public health and air quality benefits.

Figures show some 35,000 people broke the 50mph limit between junctions 41 and 42 of the M4 between when they were introduced and June last year.

But road safety campaigners have called for more stringent enforcement – and that fines or awareness courses should come back.

Joshua Harris, of road safety charity Brake, said: ‘Breaking the speed limit is a crime and until road crime is treated like real crime, we will never truly shift the dial on road safety.’ 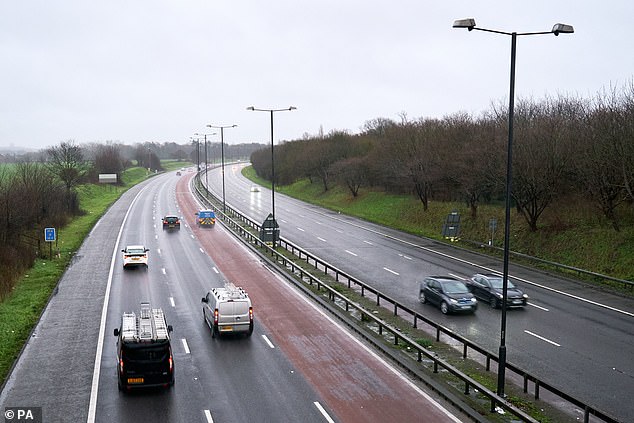 Figures show some 35,000 people broke the 50mph limit between junctions 41 and 42 of the M4 between when they were introduced and June last year

The cameras, set up by GoSafe, can be found on the M4 in Port Talbot and in Newport.

They are also placed on the A470 in Pontypridd, South Wales, A483 in Wrexham, North Wales, and the A494 in Deeside.

A Welsh Government spokeswoman said there was a ‘strong emphasis’ on giving guidance about the reasons for the reducing speed.

Where can you get an advisory letter for breaking 50mph limit?

She said: ‘The police have been enforcing the speed limits on these routes where driver behaviour/speeds are considered dangerous.

‘This phased partnership approach will ensure the small minority of drivers who do not comply with the speed limit are given the opportunity to do so before any sanctions are applied.’

South Wales Police said the reason fined hadn’t been issued was because management of cameras within environmental 50mph limits lay with the Welsh Government.

A spokesman said: ‘GoSafe is working with the Welsh Government to bring the schemes under GoSafe management.

‘In the meantime therefore, no Notices of Intended Prosecution have been issued for speeding offences within these camera systems by GoSafe.’

It comes after the High Court ordered Welsh ministers to act after they failed to meet EU targets on air pollution in January 2018.

The Welsh Government’s latest annual report in March 2020 said the trend of NO2 was falling but the situation still remained ‘complicated’.

Capital Index Partners with SteelEye for MiFIR and EMIR Reporting

Is Bitcoin Boosted by Political Turmoil in the United States?
Technology