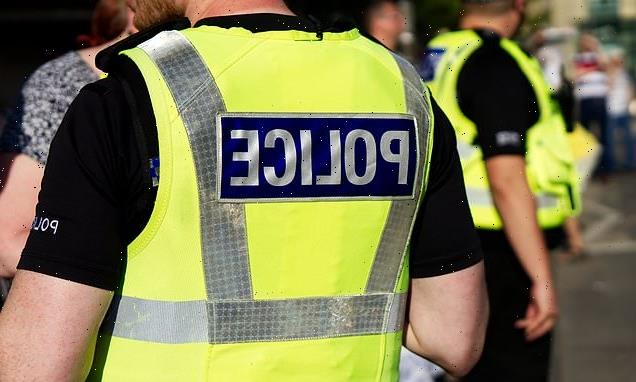 Four people are found dead in house in Derbyshire

A murder investigation has been launched after four people were found dead at a house in Derbyshire this morning.

Emergency teams were called to the property in Chandos Crescent in Killamarsh, at around 7.25am following concerns over the safety of those at the address.

A man has now been arrested in connection with the deaths, the Metropolitan Police confirmed.

The road in Killamarsh has now been cordoned off and multiple police vehicles, including a police tent, remain at the scene.

A murder investigation has been launched after four people were found dead at a house in Killamarsh, Derbyshire, today. (Stock image)

Earlier today, one local told Yorkshire Live: ‘It’s a bit of a shock, it’s usually quiet round here so you don’t usually see police, not like this anyway.

‘It’s usually quiet here, but police said ”don’t worry” to us but we don’t know anything.’

Detective Chief Inspector Rob Routledge, who is leading the investigation team, said: ‘We would really like to hear from anyone who saw or heard anything suspicious in the early hours of this morning, or has any information which they think could help with our inquiries.

‘No matter how small you think that information may be, please do get in touch with us.

‘It is understandably a worrying time for the community, and we would like to thank them for their patience and understanding at this time.

‘It was important to us that close relatives of those involved were informed before we could give further details about incident.

‘Residents will continue to see a large police presence in the area, and patrols are being carried out for reassurance. If you do have any concerns, please don’t hesitate to speak to them.’

Paraglider seriously hurt in crash that kills colleague in Scotland

Fox: SEC vs. Ripple Suit The Deciding Factor For Crypto Regulations In The US
Technology