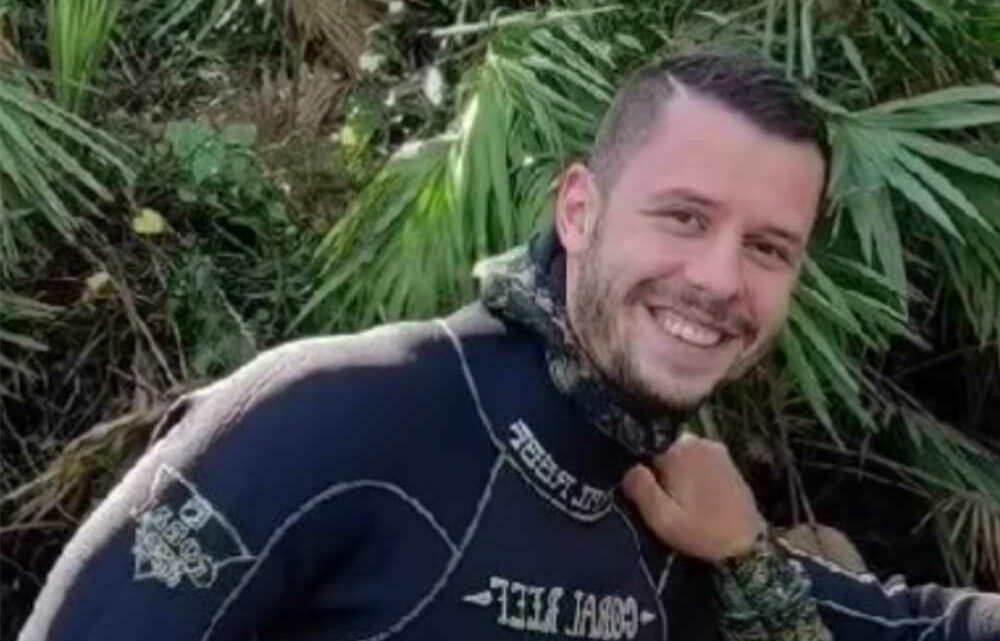 He found teeth all right!

A Florida man diving for shark teeth was bitten in the head by an alligator — and survived.

Jeffrey Heim, 25, was attacked in the Myakka River on Sunday afternoon, according to local reports.

Dressed in a wetsuit, Heim had plunged into the river to look for megalodon fossils, something he does often.

The Tampa resident had just come up for air when he found himself between the jaws of a gator.

“It just happened so fast – there’s nothing I could have done to defend myself,” he told Fox35. “It pulled me down, pulled my mask off.”

Fortunately, the reptile soon let go, allowing Heim to get his head back above the surface — where he locked eyes with the beast.

“You have to learn how to not act like prey, and we just looked at each other,” he told Fox13. “I didn’t flail around, because that would have triggered his prey instincts even more.”

Heim was able to swim to shore, where he called for help. He was left with a fractured skull and had to get 34 staples.

The Florida Fish and Wildlife Conservation has been trying to find the alligator, but has so far been unsuccessful.

Despite his ordeal, Heim, a commercial spearfisherman, said he won’t quit his passion project of going hunting for fossilized shark teeth.

“Your life is worth more than any shark tooth – or whatever you enjoy,” he said. “But I won’t stop diving, I’m just going to find safer ways to do it. Probably not in that river.”