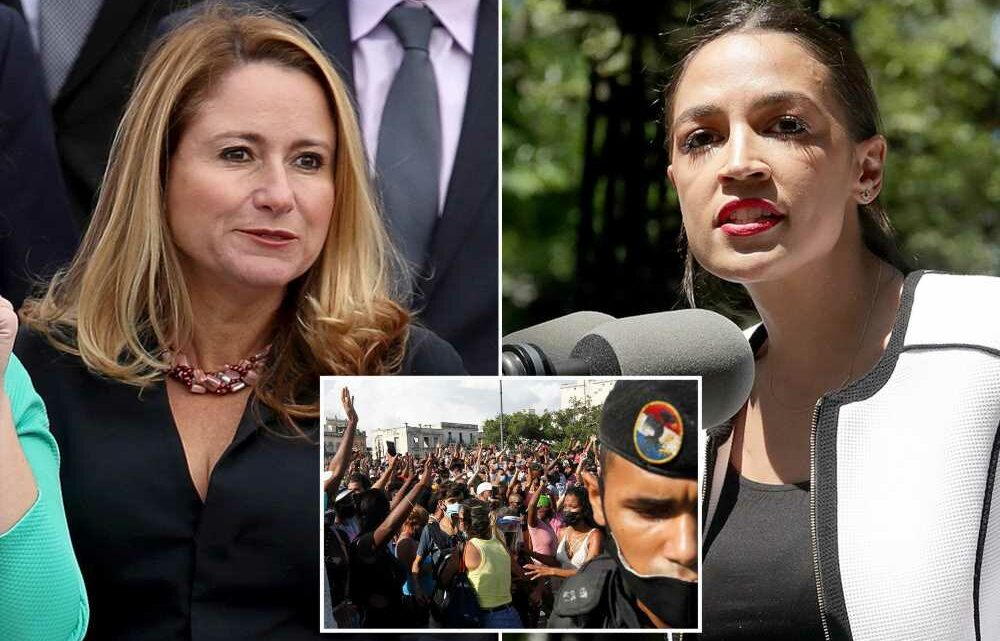 A recently ousted House Democrat is slamming Rep. Alexandria Ocasio-Cortez over her stance on the US’ Cuba embargo amid ongoing protests in the Communist dictatorship.

Former Rep. Debbie Mucarsel-Powell, who lost in November to Rep. Carlos Gimenez (R-Fla.) in a closely watched race, tweeted Thursday that the defense by Ocasio-Cortez (D-NY) of lifting what she called an “absurdly cruel” embargo was “not correct.”

AOC wrote in her statement Thursday, “We are seeing Cubans rise up and protest for their rights like never before. We stand in solidarity with them, and we condemn the anti-democratic actions led by President Diaz-Canel.

“The suppression of the media, speech and protest are all gross violations of civil rights,” she added before turning her focus to the embargo, which has been in place since 1962.

The “Squad” lawmaker went on to argue that the embargo was responsible for “the US contribution to Cuban suffering.”

“The embargo is absurdly cruel and, like too many other US policies targeting Latin Americans, the cruelty is the point. I outright reject the Biden administration’s defense of the embargo. It is never acceptable for us to use cruelty as a point of leverage against every day [sic] people.”

“No. This is not correct,” Mucarsel-Powell, who served in the House for a single term, wrote in response.

“It’s the failed policies of a communist regime that has violated human rights, imprisoned & killed dissidents.”

“Cuban ppl [sic] — young & old — are risking their lives to rise up, we must listen to them,” she added. “This is a matter of national security. The US must act.”

The Cuban people began taking to the streets last weekend in protest of the country’s food shortages and high prices amid the coronavirus pandemic.

Protesters are demanding the removal of Cuban President Miguel Diaz-Canel and the end of the totalitarian system that has been in place since 1959, and represent the most significant challenge to the Havana regime in nearly three decades.

Diaz-Canel has blamed the US government and Cuban Americans for stoking the unrest and has called on his supporters to fight back in the streets.

In the US, President Biden faces a growing chorus of lawmakers pressuring him to intervene.

Republicans have been largely united in urging the administration to take a stronger stance in support of the protesters. Democrats, however, have not all agreed.

While many moderates have been vocal in support of the protesters’ efforts, progressives have called on Biden to lift the US embargo on Cuba in spite of the human rights concerns.