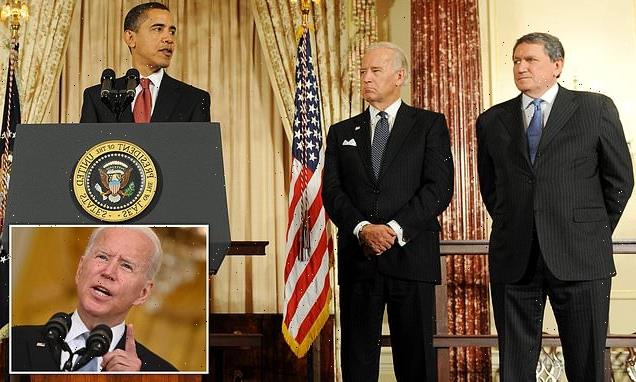 'F**k that': Biden's response to US obligations in Afghanistan

‘F**k that’: What Biden told Obama’s special representative for Afghanistan over US obligations there adding ‘we did it in Vietnam’

The rapid US withdrawal from Afghanistan that has left the gate open for the Taliban to surge to power may come as a surprise to some, but President Biden has been in favour of pulling out for years.

In 2010, Biden reportedly told Richard Holbrooke, then Obama’s special representative for Afghanistan and Pakistan, that the US had to leave Afghanistan regardless of the cost for the Afghan people.

According to Holbrooke, when Biden was asked about America’s obligation to maintain their presence in Afghanistan to protect vulnerable civilians, he scornfully replied by referencing the US exit from southeast Asia in 1973.

‘F*** that, we don’t have to worry about that. We did it in Vietnam, Nixon and Kissinger got away with it.’

Despite widespread claims that the intelligence community knew Kabul could fall to the Taliban within weeks if the US quickly withdrew the bulk of its military assets, Biden went over the heads of his military advisors and oversaw a hasty evacuation of US personnel. 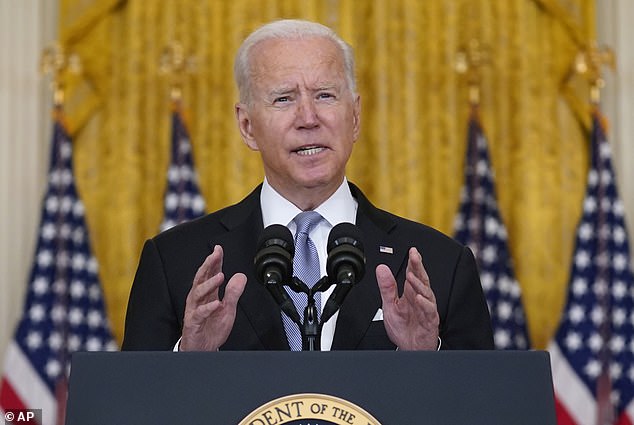 Biden’s desire to pull out of Afghanistan has long been known, as he was one of the foremost advocates for withdrawal during his tenure as Vice President during the Obama administration 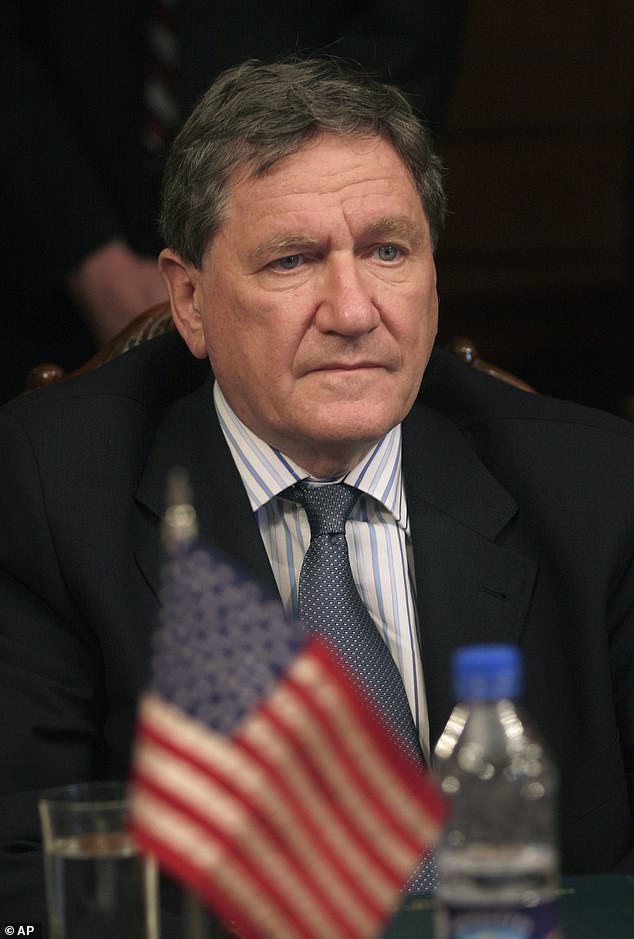 Richard Holbrooke was appointed as a special advisor on Pakistan and Afghanistan in 2009 and was one of the Obama administration’s principle advisors on US policy there (Pictured: Holbrooke in a meeting with the Pakistan Foreign Ministry in Islamabad in 2009) 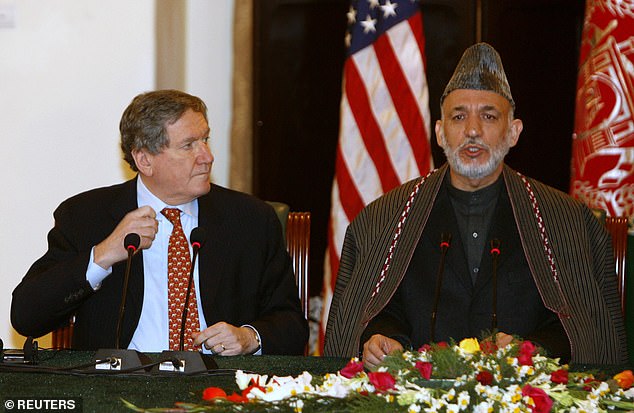 According to Holbrooke’s diary which was turned over to his biographer after his death, Biden was staunchly in favour of pulling out of Afghanistan even 11 years ago (Pictured: Holbooke with former Afghan president Hamid Karzai in 2009)

Holbrooke was appointed as a special advisor on Pakistan and Afghanistan in 2009 and was one of the Obama administration’s principle advisors on US policy in the countries until his death in December of 2010.

According to his diary, much of which was turned over to his official biographer George Packer following his death, Biden made his ruthless comparison between pulling out of Afghanistan and the withdrawal of US troops from southeast Asia just months before Holbrooke’s died.

The diary painted Biden as one of the most vocal critics of the war in Afghanistan and a skeptic of America’s commitment to the Afghan people.

In his presidential address on Monday, President Biden staunchly defended his decision to bring home US troops before blaming Afghan leaders for their failure to prevent the country collapsing.

‘I am president of the United States of America,’ he said. ‘And the buck stops with me.

‘The truth is – this did unfold more quickly than we had anticipated. So what’s happened? Afghanistan’s political leaders gave up and fled the country. The Afghan military collapsed, sometimes without trying to fight.

Biden continued: ‘So I’m left again to ask of those who argue that we should stay: How many more generations of America’s daughters and sons would you have me send to fight Afghanistan’s civil war, when Afghan troops will not? 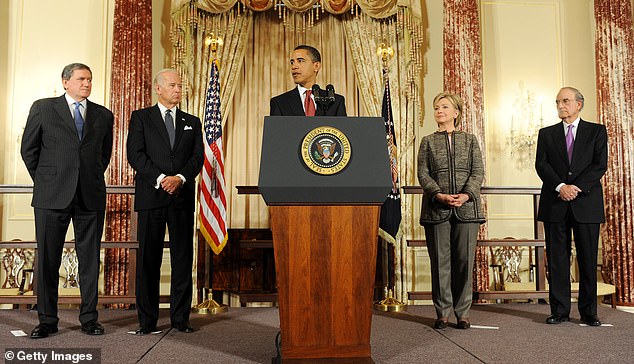 ‘I’m clear in my answer: I will not repeat the mistakes we’ve made in the past. The mistake of staying and fighting indefinitely in a conflict that is not in the national interest of the United States.’

Only last month, Biden had shrugged off concerns that the Taliban were poised to return to power, saying the Afghan military had the advantage in men and arms

‘The likelihood there’s going to be the Taliban overrunning everything and owning the whole country is highly unlikely,’ he said.

The past week has proved him wrong and plunged his presidency into crisis.