A FEMALE surfer has been dramatically dragged off a beach in cuffs by hazmat-clad cops after riding waves while infected with coronavirus.

The woman was arrested on a Spanish beach after going allegedly ignoring quarantine rules and surfing infected with the contagious bug. 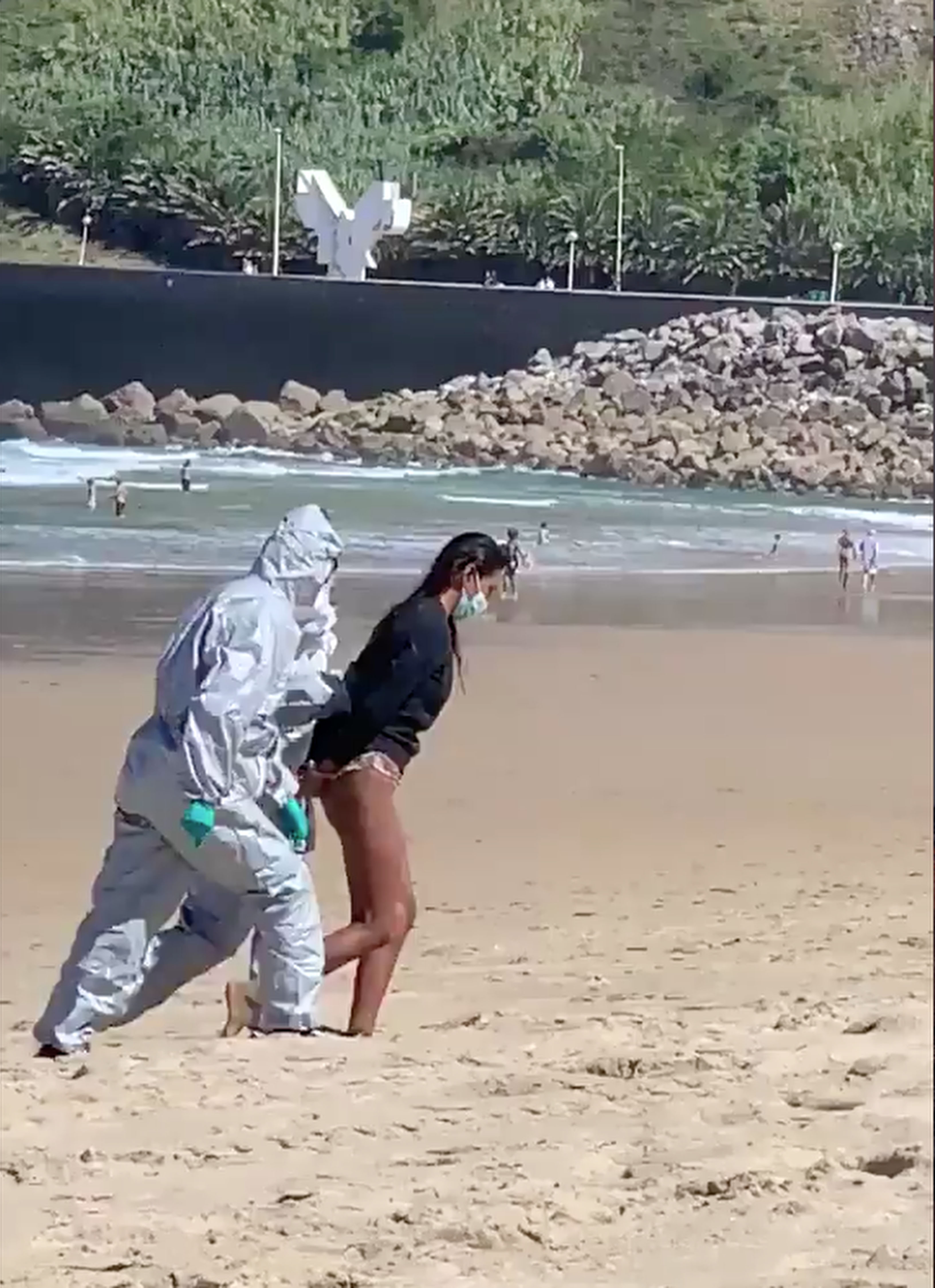 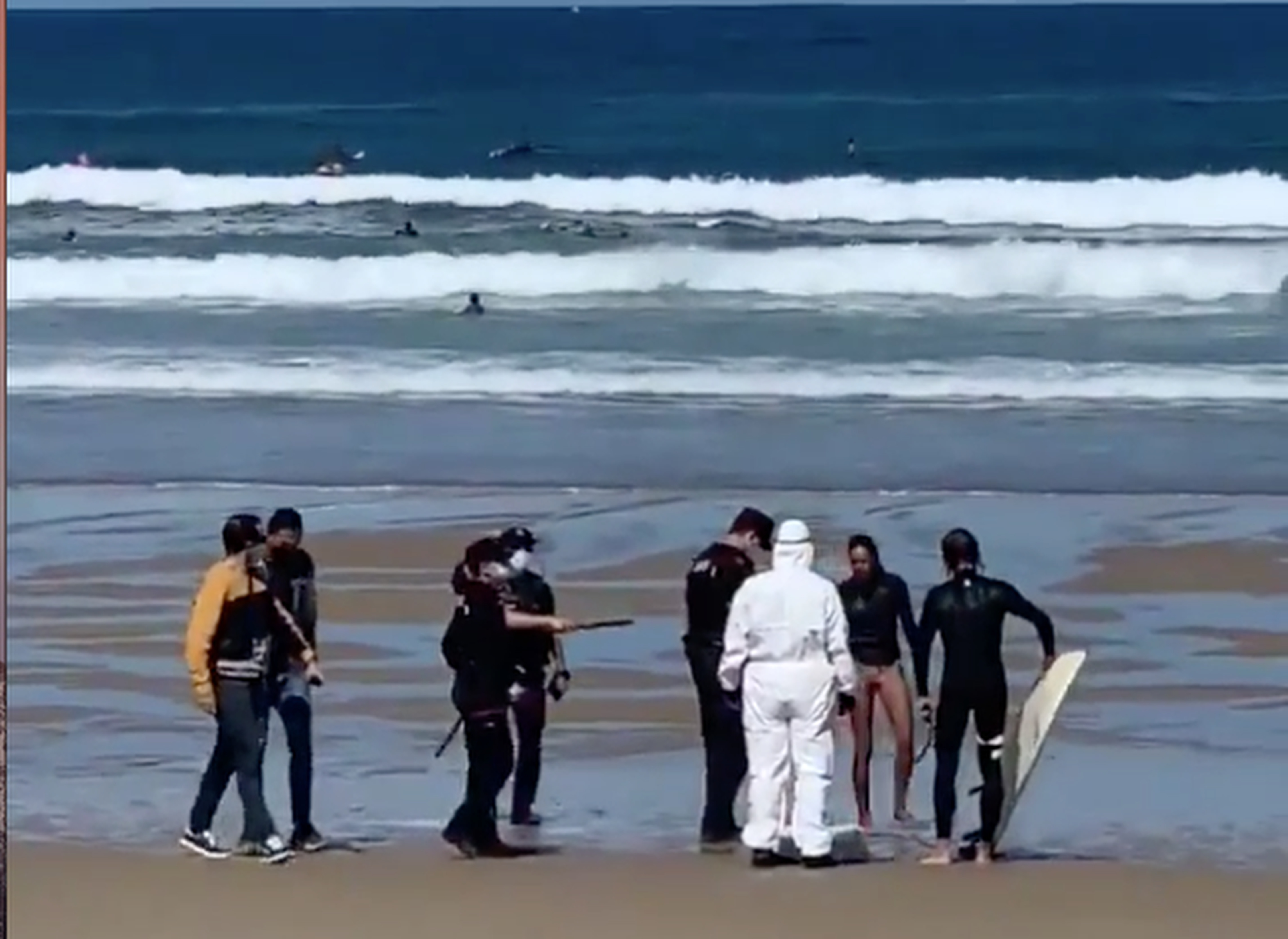 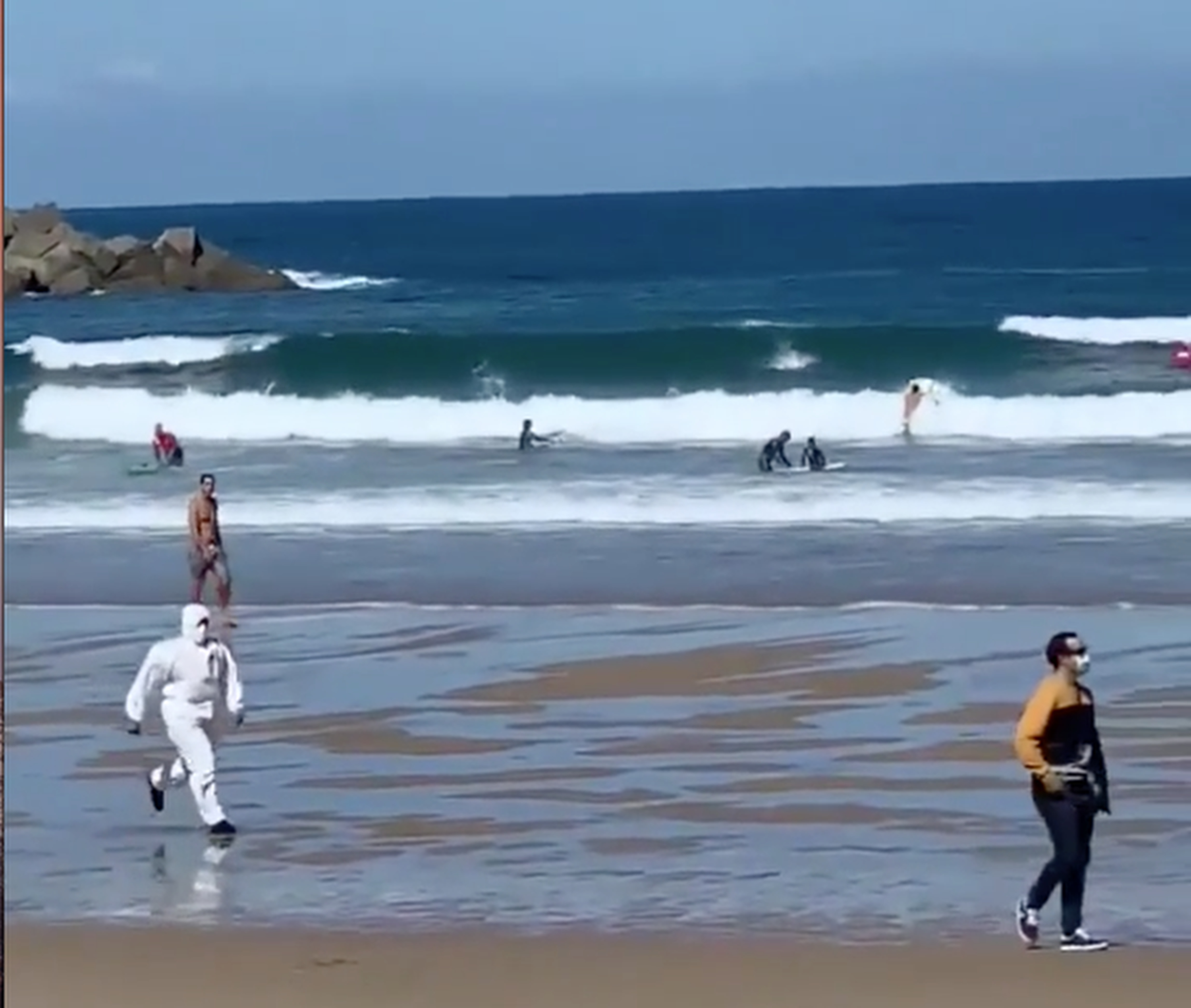 Police were seen running to the shoreline to handcuff her on La Zurriola beach in Spain's northern city of the tourist hotspot San Sebastian.

The unidentified woman reportedly ignored officers who ordered her out of the water for several minutes.

After heading back to the shoreline she was held on suspicion of a crime of disobedience.

Local reports said the unnamed woman had worked as a lifeguard at San Sebastian’s famous La Concha beach this summer and colleagues were the ones who phoned police after spotting her in the water.

Photos of the arrest who two people wearing hazmat suits escorting her on the sand in a neoprene top and bikini bottom with a face mask on.

She is expected to face a heavy fine for breaching strict quarantine rules which could be up to £5,500.

If it is discovered she passed coronavirus on to another person through her actions, the fine could be more than £100,000.

The woman has not been named.

Back in the UK, coronavirus lockdown fines increased as the government attempts to keep Britain on course as people begin to return to work.

Police have fined more than 18,000 lockdown rule breakers in England and Wales. 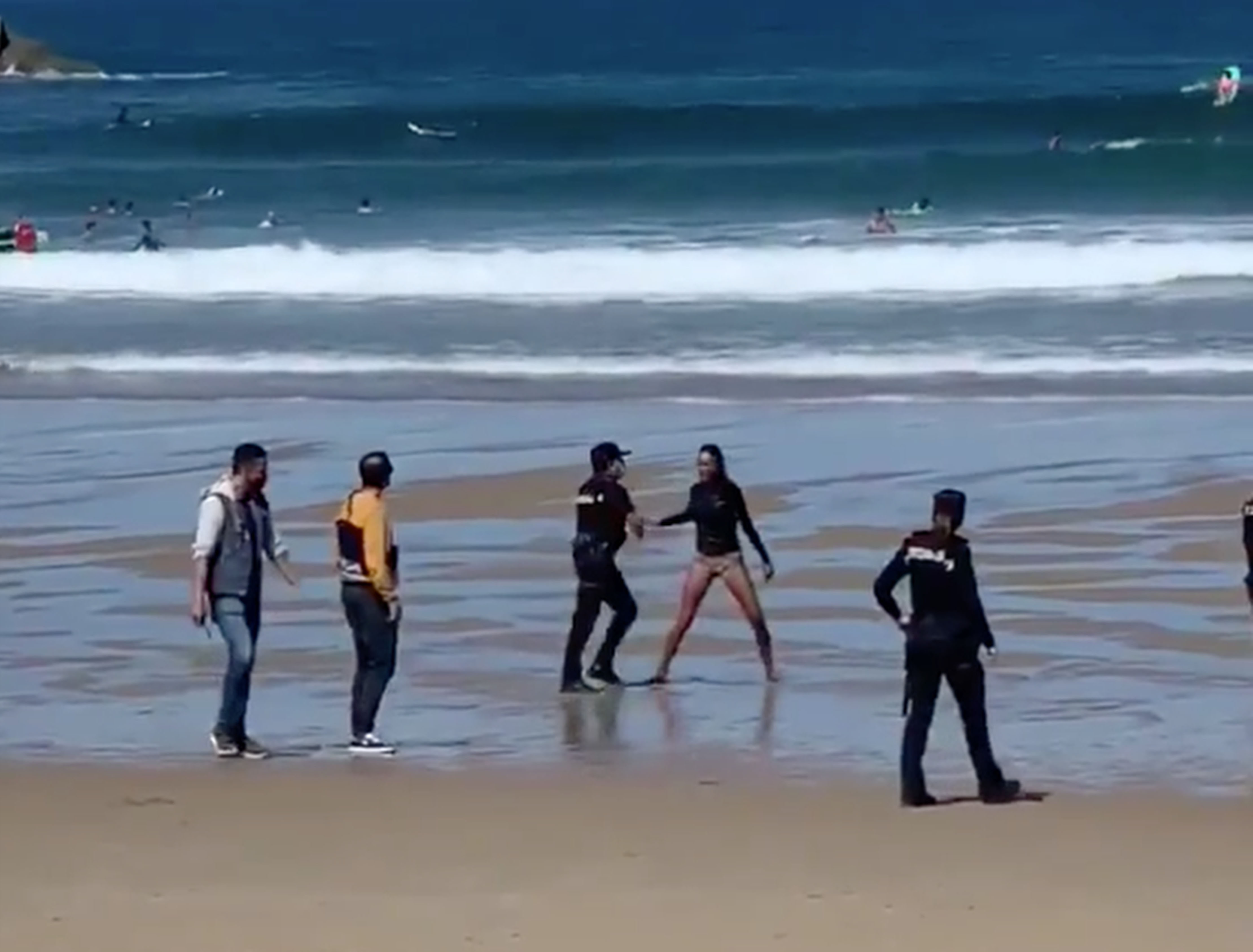 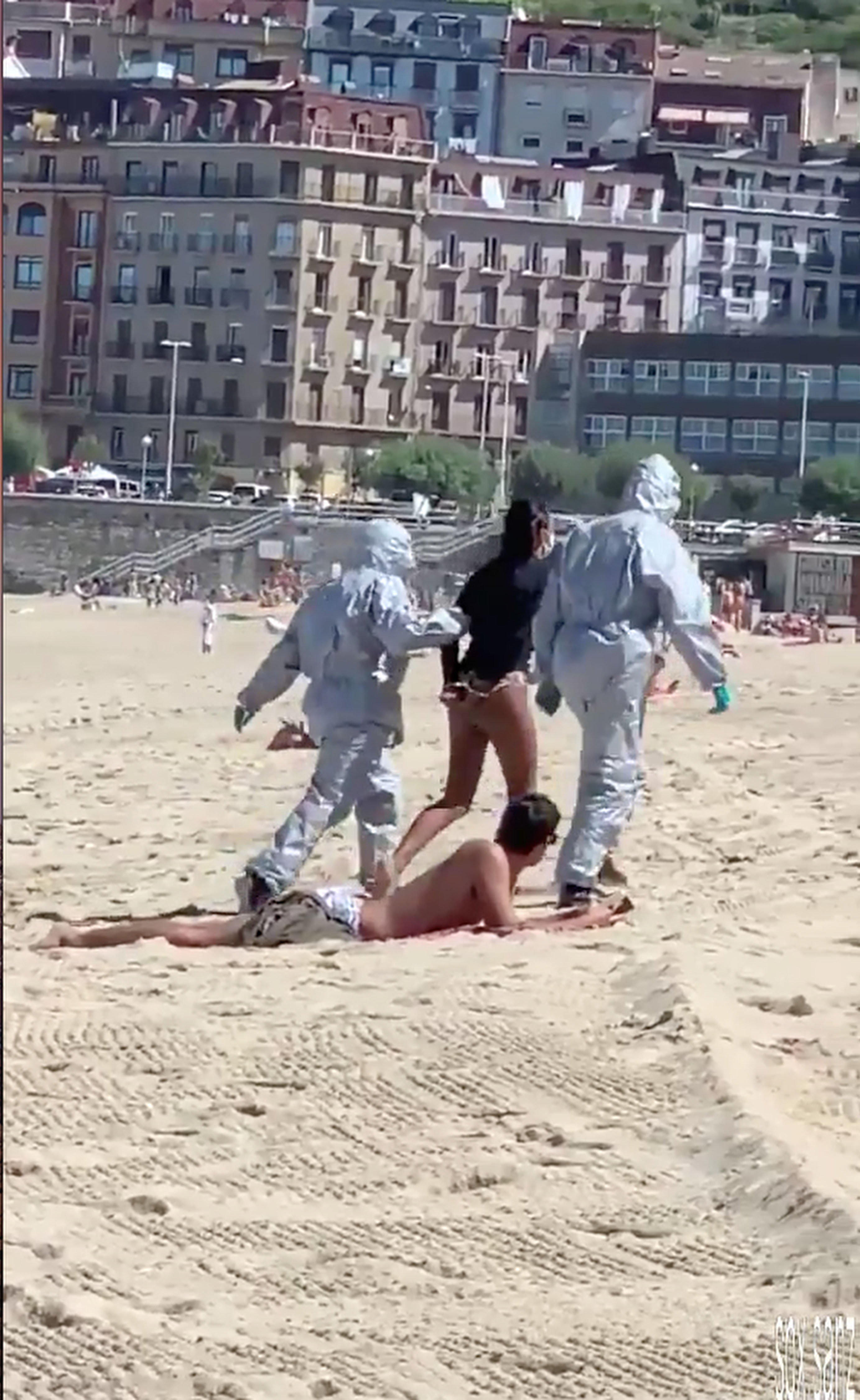 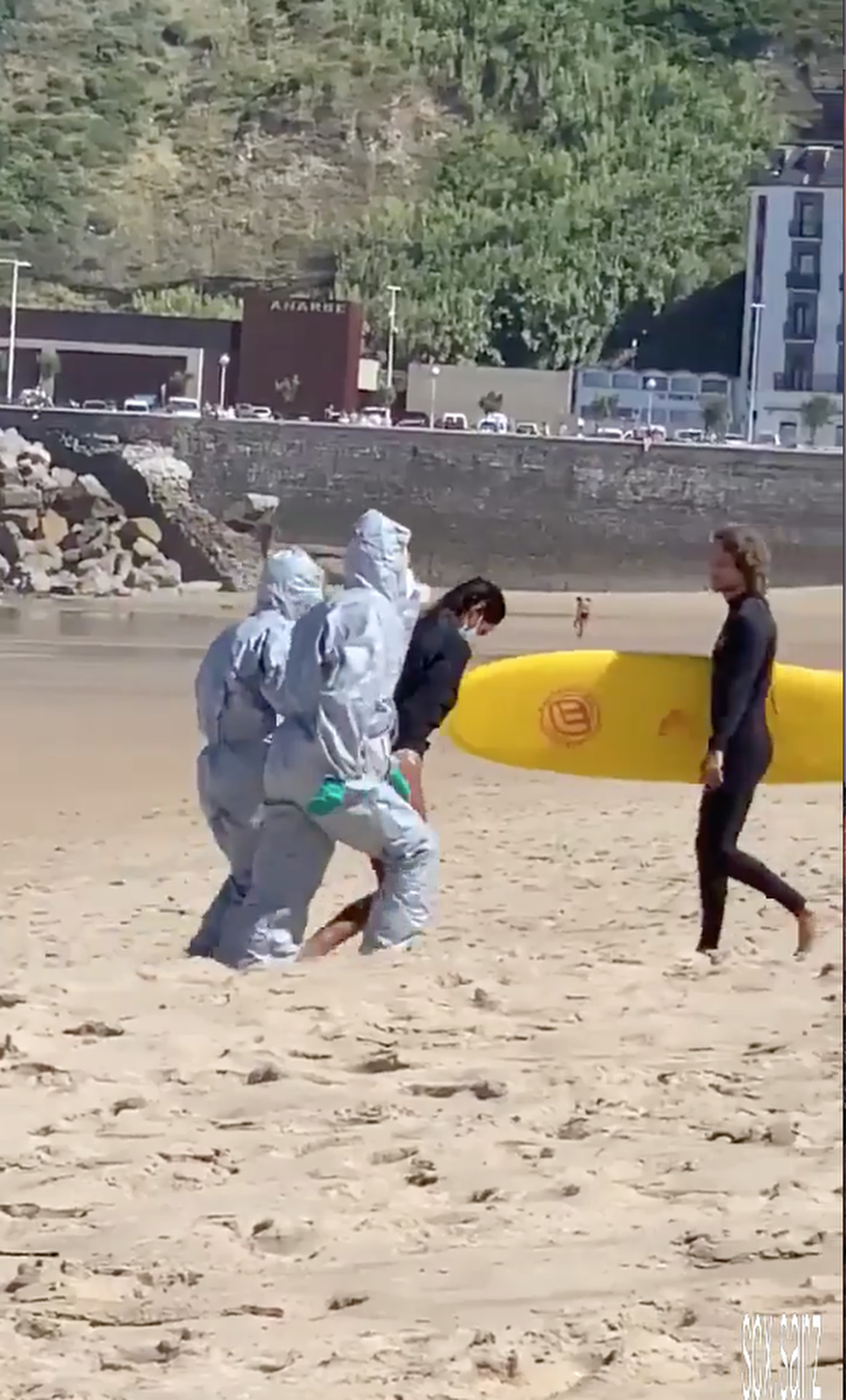