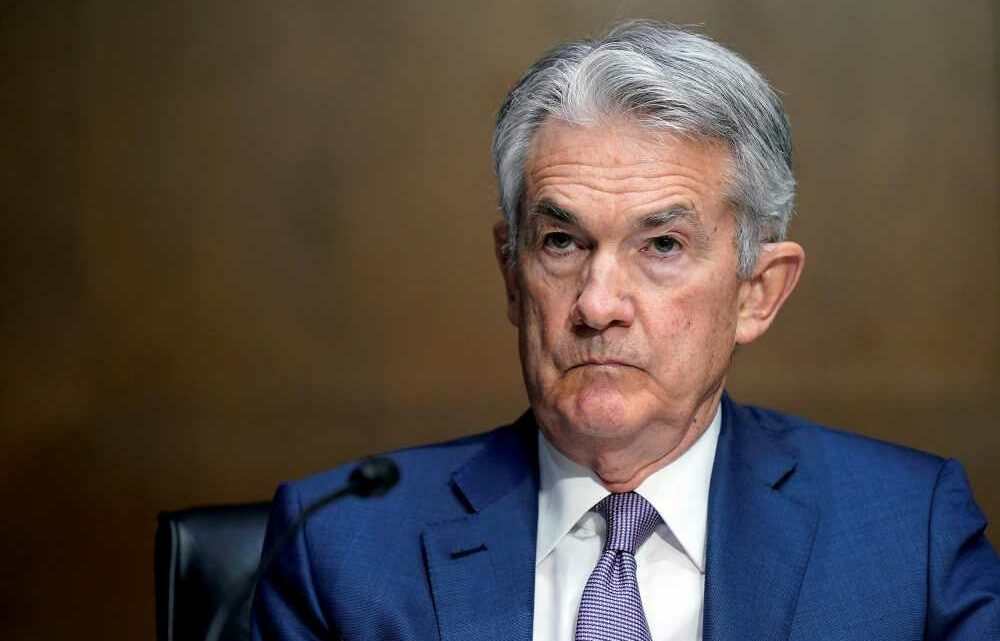 Dow closes above 33,000 for 1st time after Fed’s upbeat projections

The chairman of the Federal Reserve offered a glowing assessment of the US economy — only for House Speaker Nancy Pelosi to immediately throw cold water on the appraisal.

“What we’re seeing now is really an economy that seems to be at an inflection point,” Chairman Jerome Powell said in an excerpt of a “60 Minutes” interview played on CBS News’ “Face the Nation” Sunday.

“And that’s because of widespread vaccination and strong fiscal support, strong monetary policy support. We feel like we’re at a place where the economy’s about to start growing much more quickly and job creation coming in much more quickly,” Powell continued in the snippet.

He cautioned that the biggest risk to the economy is if COVID-19 cases begin to surge again if people stop wearing masks and maintain safe social distances.

Pelosi was subsequently asked why President Biden is pushing to spend more money if the economy is already in good shape as Powell suggested.

She insisted that Powell’s assessment wasn’t as rosy as it sounded.

“​If we’re going to grow the economy with confidence we’ve got to crush the virus. They are definitely related​,” the California Democrat said.

“So ‘begin to see’ recovery in our economy is quite different from what Mitch McConnell was saying: the economy is taking off like a rocket. No. Begin to see.”

Pelosi argued that seeing Americans gathering in crowds without wearing masks is not a “positive sign” that the country can “crush the virus.”

McConnell, (R-Ky.) has said President Biden’s nearly $2 trillion infrastructure package will not be supported by Senate Republicans, arguing that it is a “Trojan horse” for Democratic and progressive initiatives.

He is also opposed to Biden’s proposal to raise the corporate tax rate to pay for it.
And McConnell said the economy is already showing signs of life and doesn’t need a boost from the federal government.

“The economy is coming back, people are getting vaccinated: We’re on the way out of this,” he said​ last month​. “We’re about to have a boom. And if we do have a boom, it will have absolutely nothing to do with this $1.9 trillion.”