Farewell John Bercow! How the little man with a big ego and an attention-seeking wife discredited the Commons for a decade – The Sun

THE outgoing speaker John Bercow has always had a talent for making himself unpopular.

One of his fellow pupils at his North London school recalled that Bercow – the son of a car dealer and mini-cab driver and a fiercely ambitious mother – and was “small with a big mouth. He annoyed people because he was clever, pompous and headstrong.”

That description could be given today by many MPs, who have tired of Bercow’s constant attention-seeking and his delight in the sound of his own hammy voice.

Just as aggravating has been his bias towards the anti-Conservative opposition. That was reflected yesterday in the Commons at news of his imminent resignation.

In a nauseating display, Labour MPs who queued up to heap praise on him before they gave him a standing ovation.

The Speaker should be a neutral referee who allows the game to flow freely and fairly.

But, throughout his 10 years in charge of the chamber, Bercow was a whistle-happy, partisan official who acted as an additional player for his favoured side and continually put himself at the centre of the action.

To understand Bercow, one incident is particularly illuminating. An early turning point in Bercow’s young life came when the head of his primary school refused to put him forward to grammar school, despite Bercow being so precocious he already read The Times .

Instead he had to go to the local comprehensive, where he was bullied.

On one occasion he was thrown in a pond as his chief tormentor said triumphantly, “Bercow is in there with the other amphibians.”

But the experience fed Bercow’s determination to achieve, which he channelled into politics.

To his army of left-wing supporters, he was a great reformer who modernised the practices of the Commons, expanded the role of backbenchers and held the Government rigorously to account.

But to his enemies, he was squawking egomaniac who demeaned his office with his behaviour. His explicit cheerleading for left-wing causes and Remain was bad enough.

This is a figure who subverted the rules of Parliament to wreck Brexit and undermine the Tory Government through endless procedural manoeuvres, as he has shown again this month.

The notorious “B******s to Brexit” sticker on his family car, parked at Parliament, has reflected his attitude.

In another typical move, he barred President Trump from addressing Parliament during his recent state visit, justifying his stance on the grounds of Britain’s “opposition to racism and sexism.”

Attention-seeking wife and affair with his cousin

Nor has he been helped by his eccentric conduct of his wife Sally, who is almost as big an attention-seeker as he is.

She worked in public relations and was a Labour campaigner when they married in 2002, but it was his elevation to the Speaker’s chair in 2009 that really gave her the opportunity to bask in the limelight.

Having appeared on Celebrity Big Brother – and been the first contestant in her series to be evicted – she went on to take part in an reality show with Paddy Doherty, the CBB winner, bare-knuckle fighter and My Big Fat Gypsy Wedding star, with the pair taking it in turns to experience the other’s lifestyle.

She caused more embarrassment with other incidents, like the infamous stunt in 2011 when she was photographed in the shadow of Big Ben wearing just a strategically placed sheet.

After that, Bercow reportedly “read her the riot act.”

Yet she caused him further humiliation when it was revealed in March 2015 that she had indulged in a long, passionate affair with the Speaker’s cousin, Alan Bercow.

Though she rebuilt her marriage, she admitted that she was “a terrible wife and always had been.” 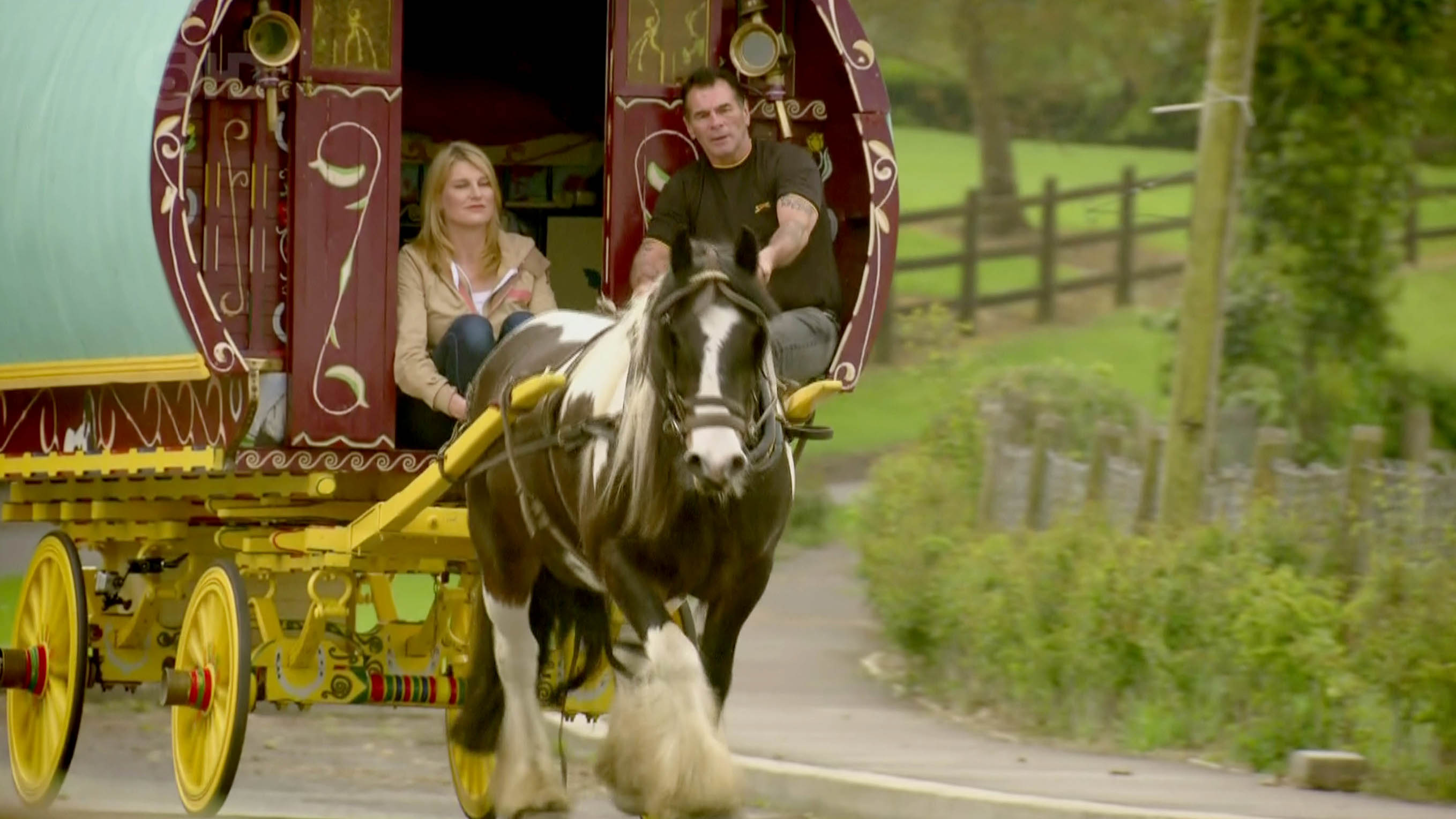 'Loudmouthed and not attractive'

Perhaps the darkest episode of all was when used social media to hint that the former Tory Treasurer Lord McAlpine was a paedophile, a baseless smear for which she ended up in court in 2013, was convicted of libel and ordered to pay undisclosed damages. Despite his legal victory, Lord McAlpine died soon afterwards.

Before his marriage to Sally, Bercow had few serious relationships.

Conceited and awkward with women, he was described in his youth by one female contemporary as a “loudmouthed” and “not attractive young man.”

A female journalist who went on a few dates with him recalled that he “was a very odd little man and socially quite gauche. He was restless and found it hard to relax.”

His insecurities were fed by his stature and also his unusual background, which gave him the sense of being an outsider.

Further friction is generated by Bercow’s manner, which combines self-importance with linguistic showing-off and flashes of rudeness.

Part of this stems from small man syndrome.

Standing just 5 feet six inches tall, Bercow tries to make up for his lack of stature by parading his authority.

Several Tories were so exasperated with him that in 2017 that they tried to throw him out of his job.

The MP James Durridge, who organised this unsuccessful bid, said that Labour find Bercow “convenient because he is a more effective opposition than their own leader.”

But since then Bercow’s pro-Remain antics have stretched Conservative tolerance beyond breaking point.

That’s why the party decided to take the unprecedented step of standing a candidate against Bercow in his Buckingham constituency at the next election in defiance of the long-standing tradition that the Speaker is never opposed by any of the main parties.

There have been repeated accusations that Bercow has bullied his staff, allegations he denies, just as he disputes the claim that he called Andrea Leadsom “a stupid woman.”

Whatever the truth, he has not established a harmonious atmosphere at Westminster or enhanced his reputation.

Unlike some of his predecessors like Bernard Weatherill and Betty Boothroyd, he leaves office under a cloud.

Bercow was brilliant at tennis, even becoming a junior British champion. As a young player, he was described by a professional as “unbelievably talented and invincible.”

To this day Bercow retains his deep enthusiasm for the sport and is a big fan of Roger Federer – particularly if he can watch him for free.

An investigation last year found he had received more than £70,000 in freebies since he became speaker – most of which were tickets to tennis and football matches. 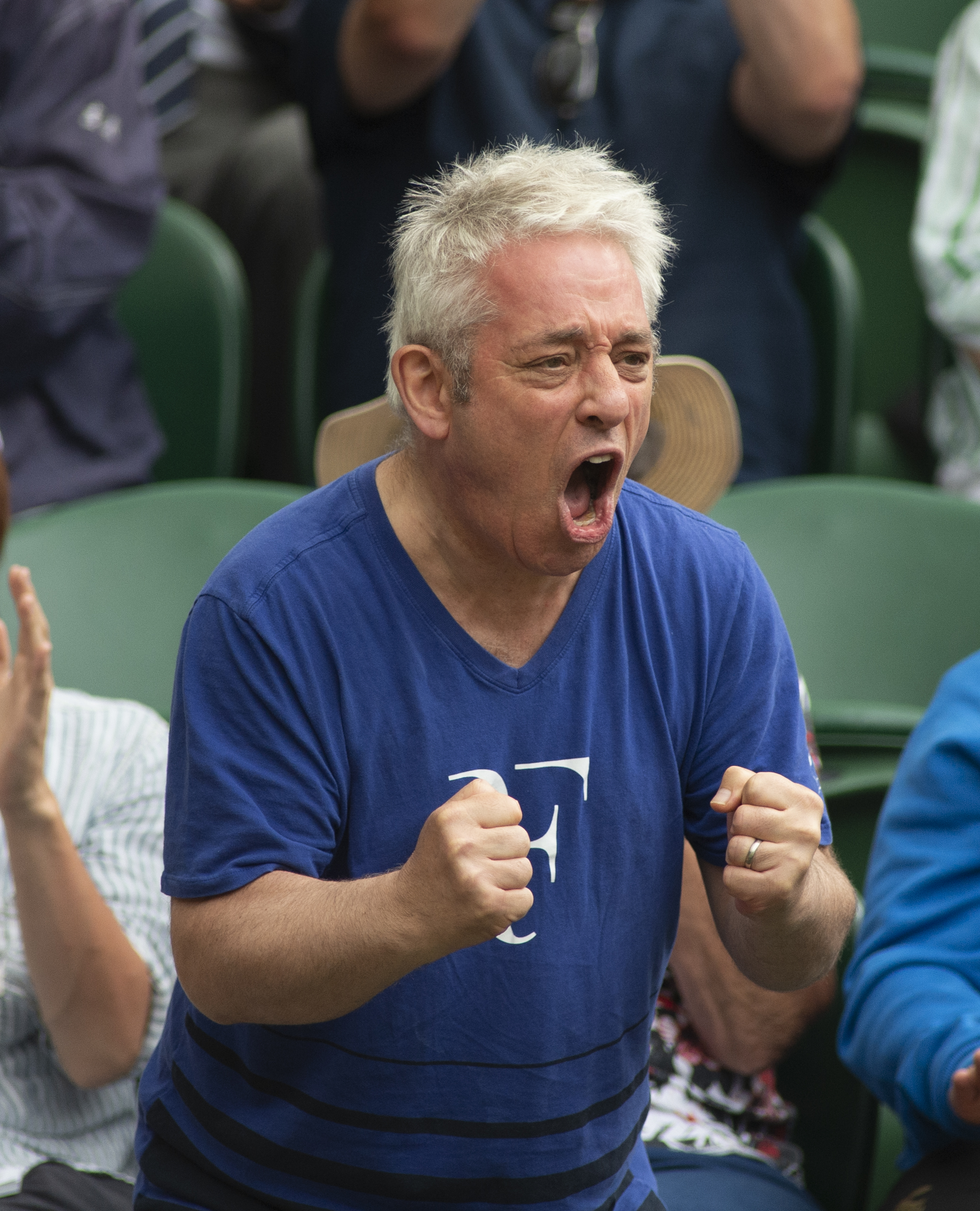 Indeed, he was spotted at Wimbledon this year wearing a t-shirt with the Federer logo on it, while he was also caught by a BBC camera saying, “We all love you, Roger, all of us.”

I'm not sure the same can be said of Bercow.

After a decade in the role of Speaker, he leaves behind a tainted legacy.

He sees himself as a champion of Parliamentary democracy. But in reality, he has presided over a woefully discredited Commons.