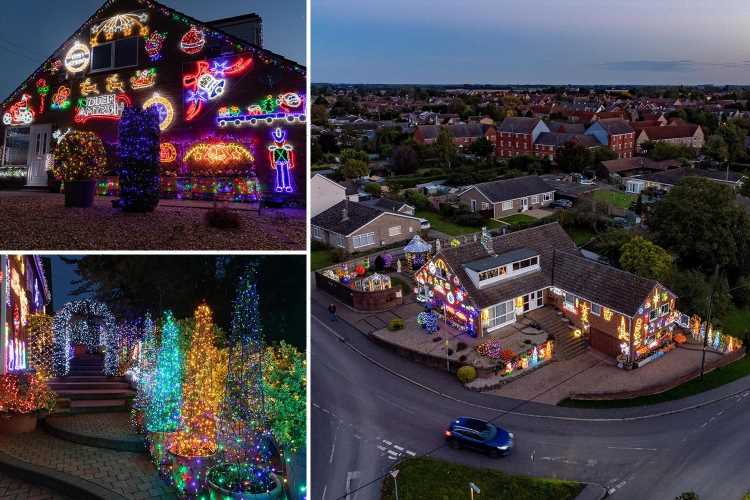 A FAMILY has covered their entire house in Christmas decorations – despite it still being more than TWO MONTHS until the big day.

Helen and John Attlesey light up their house in Soham, Cambs., every year for charity. 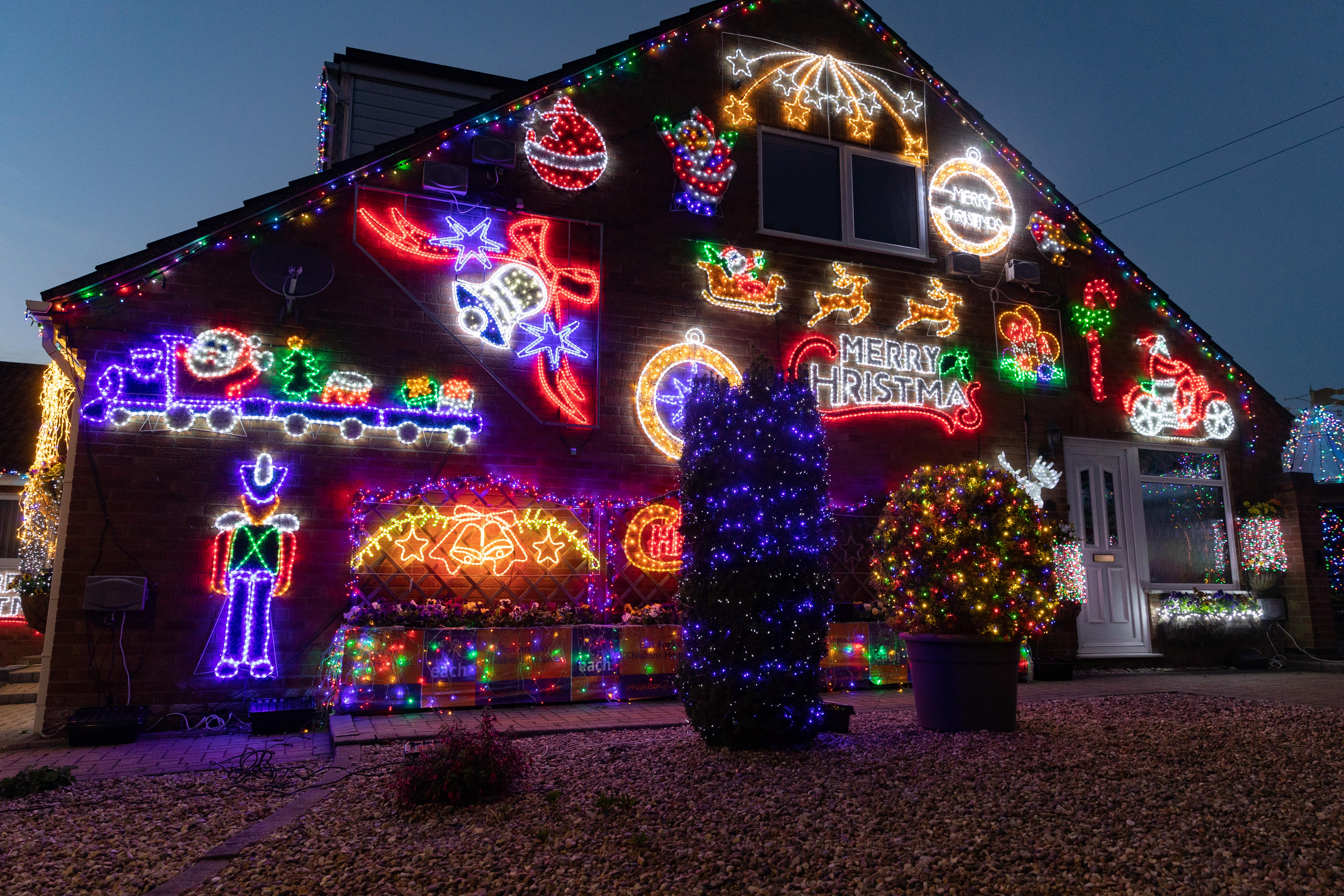 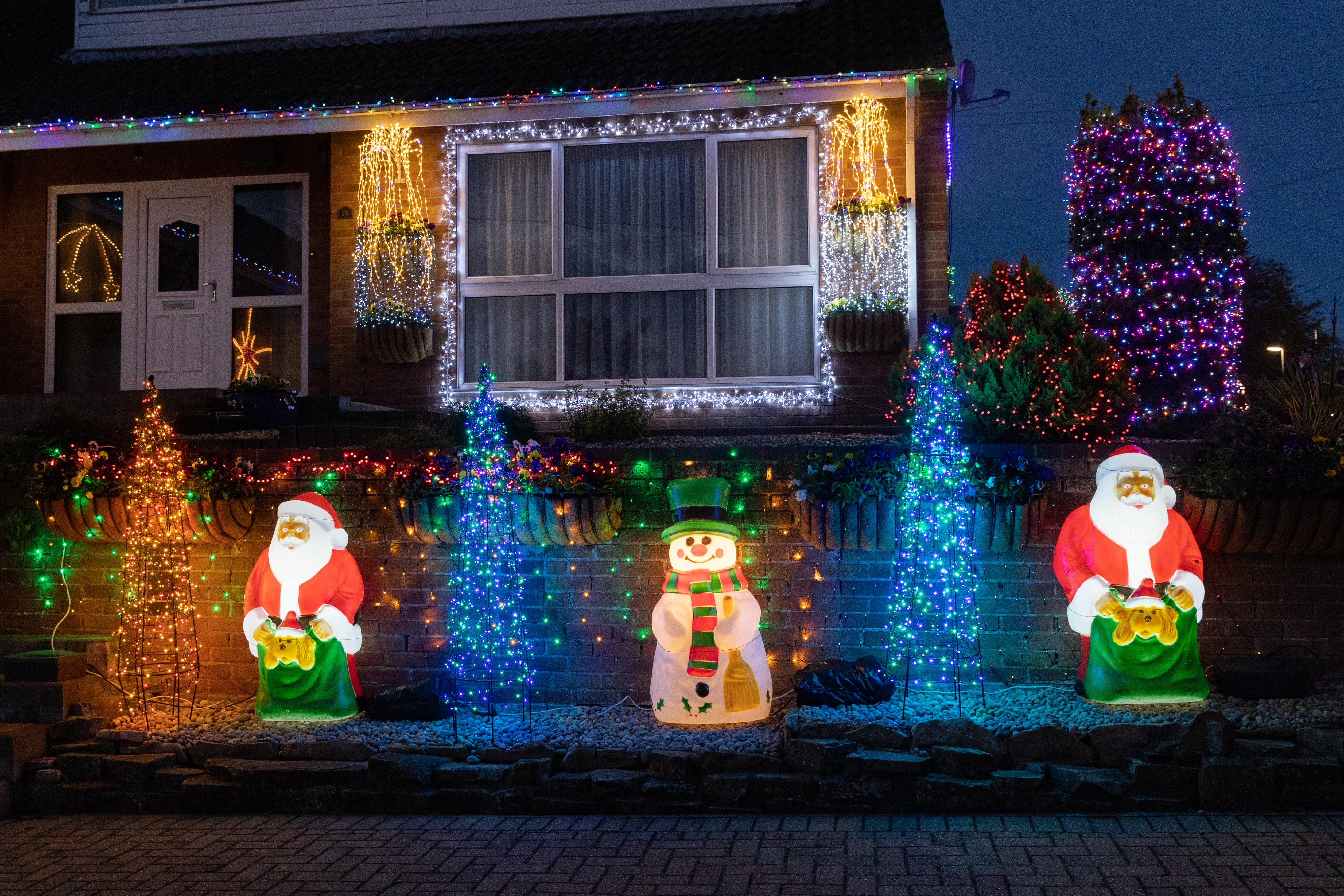 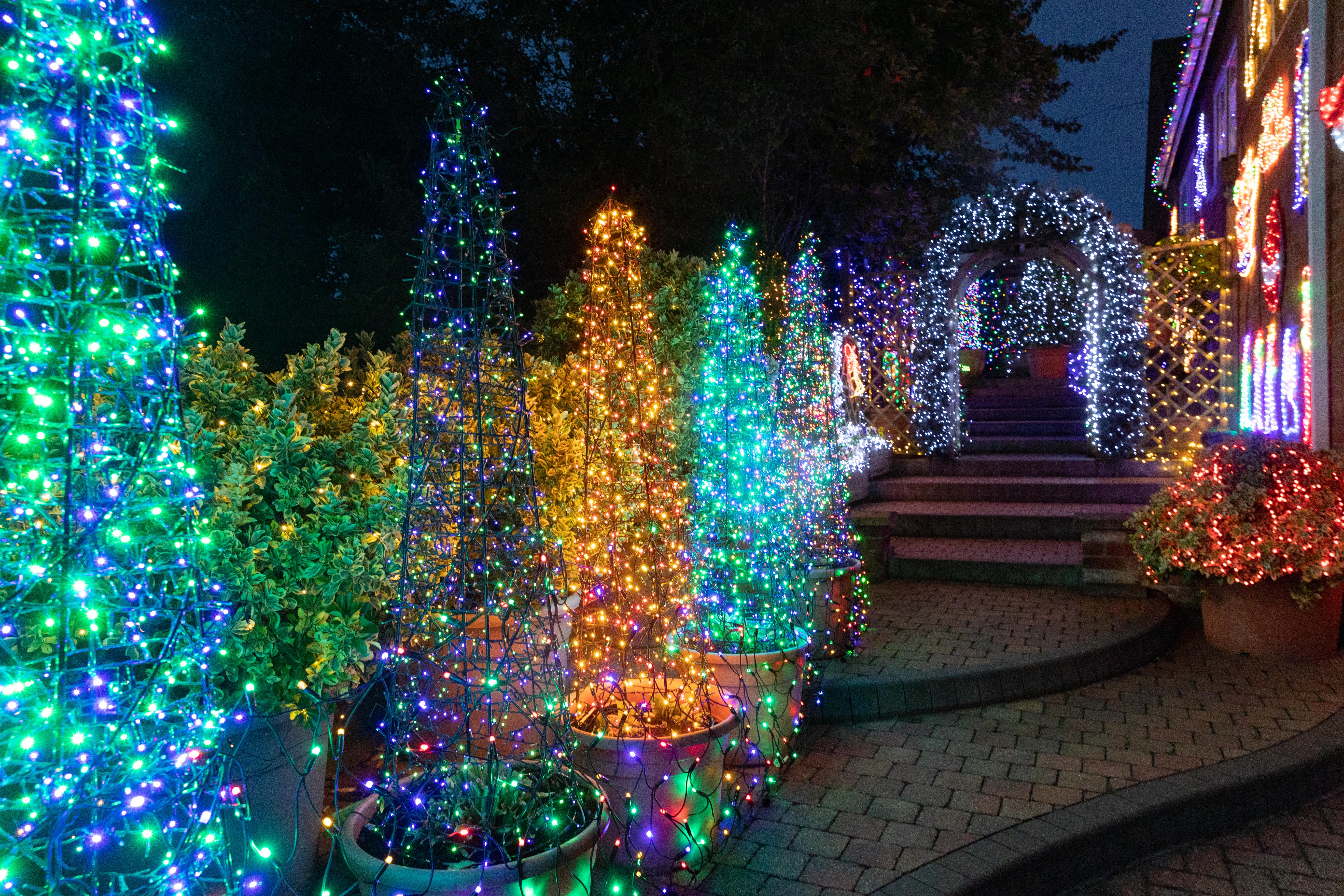 And although there will be no big switch-on event this year due to Covid, the couple has still gone all out to get into the festive spirit.

Light-up snowmen and Santas can be seen at the front of the house while a row of glowing Christmas trees greets guests at the side.

Stars, bells and jingle balls are also heavily featured in the display, which Helen and John briefly lit up for an early trial switch-on.

Helen said: "Not all of them are up but we've made a start and it's definitely a work in progress.

"Like last year, when we think we're ready we'll just switch them on – it'll probably be about the middle of November."

Their 2020 display raised £12,895.57 last year – more than double the previous year's total – for three charities close to the couple's hearts.

The money was divided between three charities who have helped their grandson: East Anglia's Children's Hospices, Great Ormond Street Hospital and Dreamflight, who take a group of children to Disneyland each year.

It's hoped this year's festive period will be more relaxed than last year's, when Christmas light switch-ons were cancelled across the country.

One dad was threatened with a £10,000 coronavirus fine by cops last year – for decorating his home with festive lights.

It came as large gatherings were banned during winter, with families only able to form one Christmas bubble between three households from December 23 to 27.

Boris Johnson said this week: "I think Christmas this year will be very considerably better than last year." 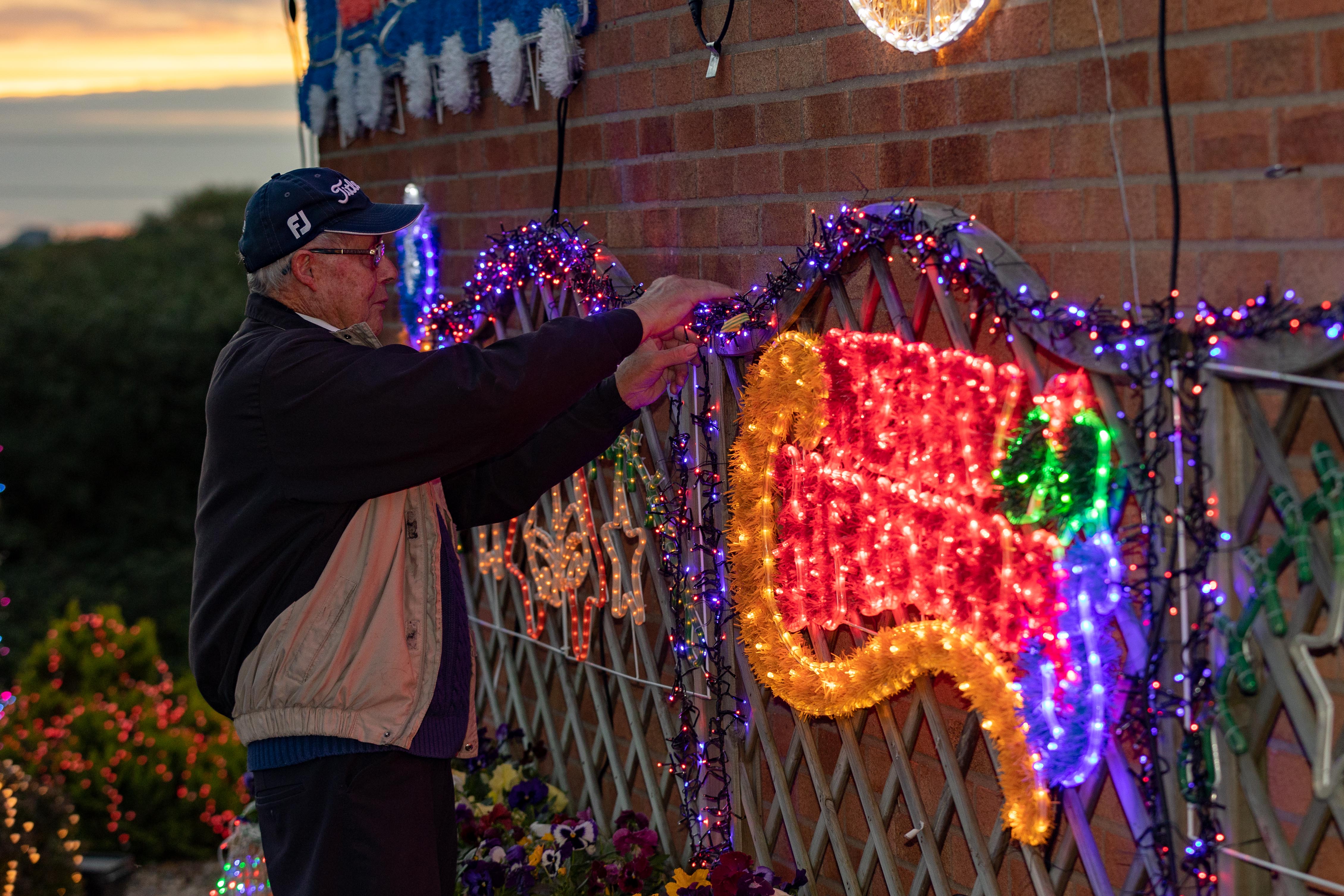 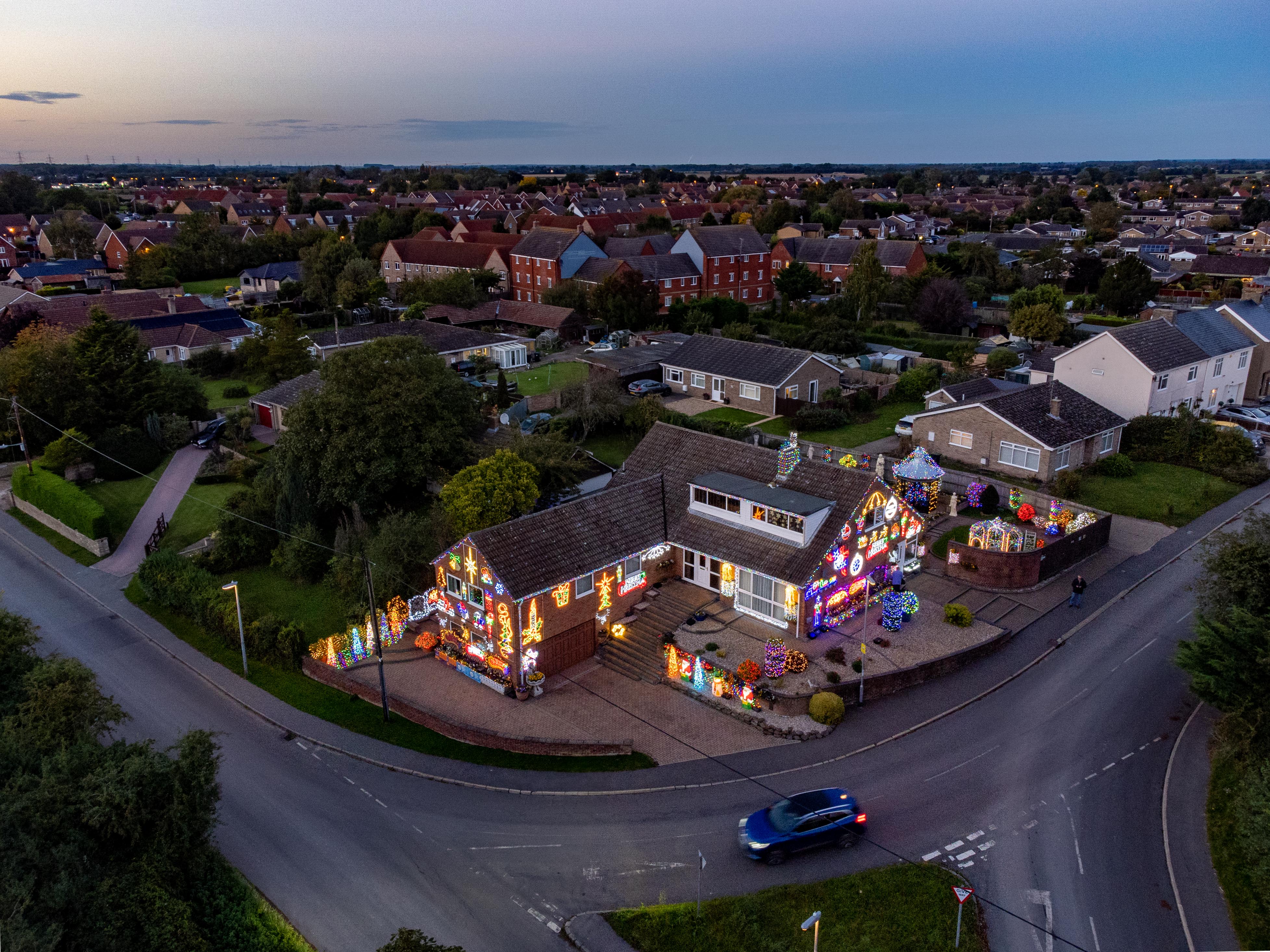 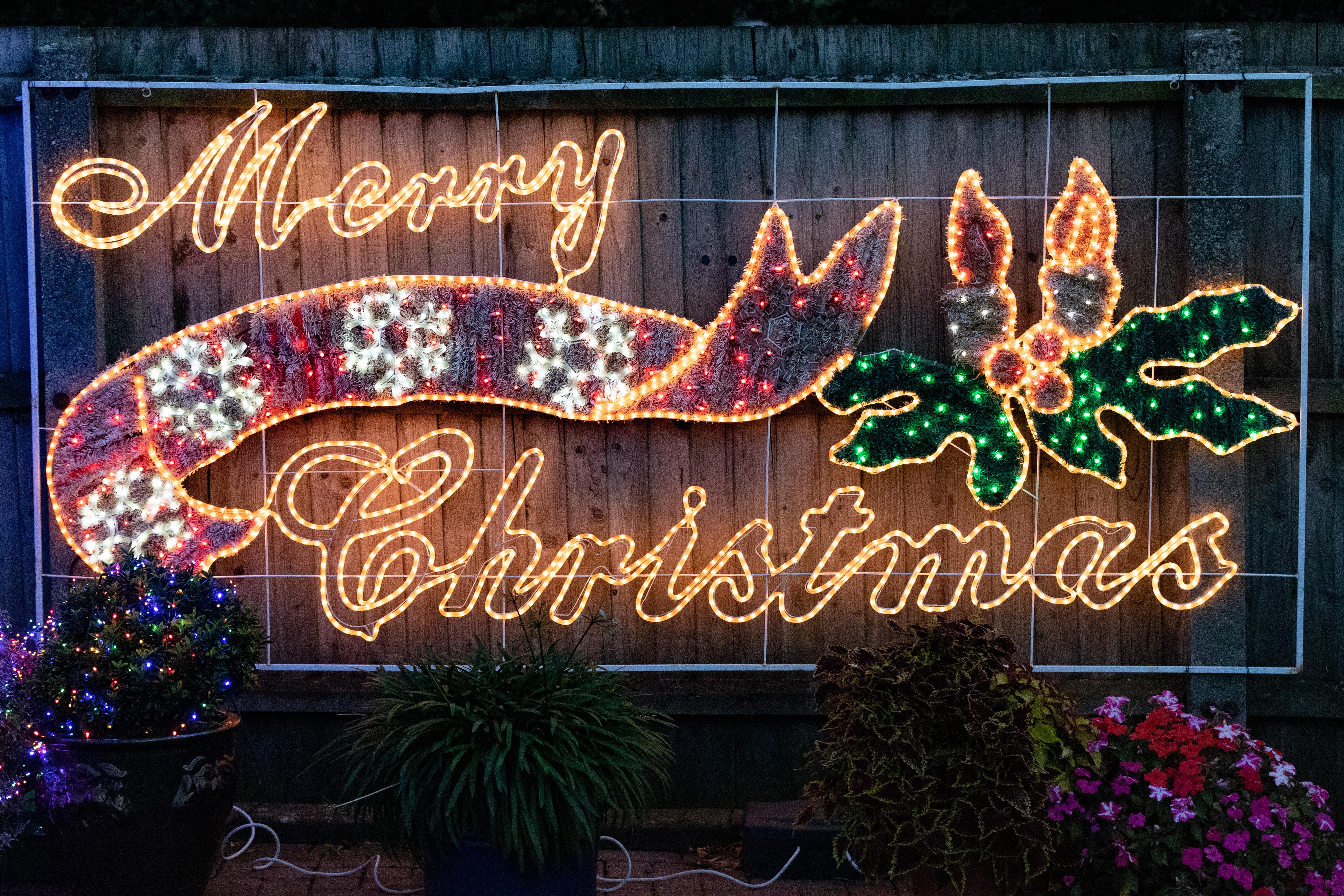 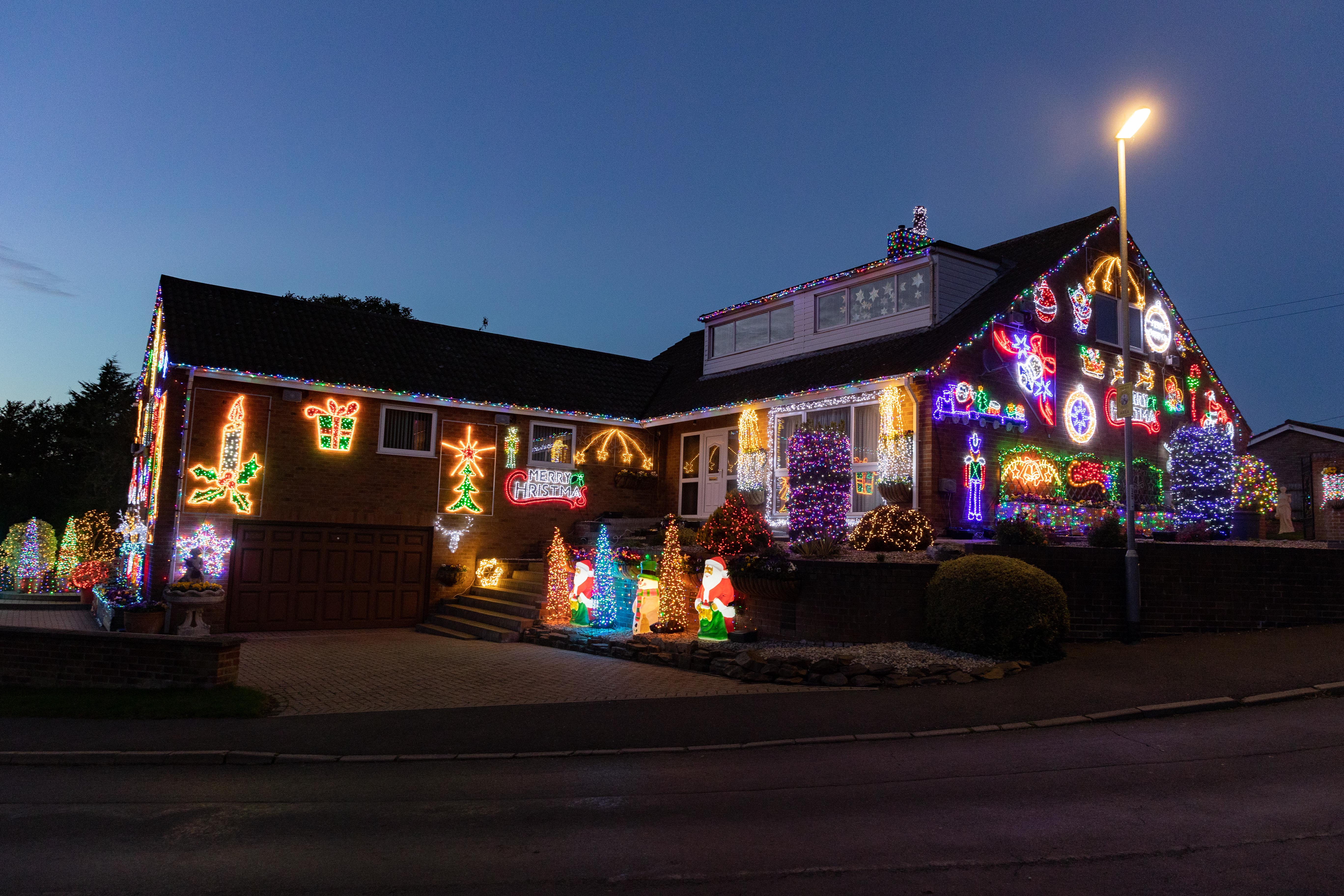