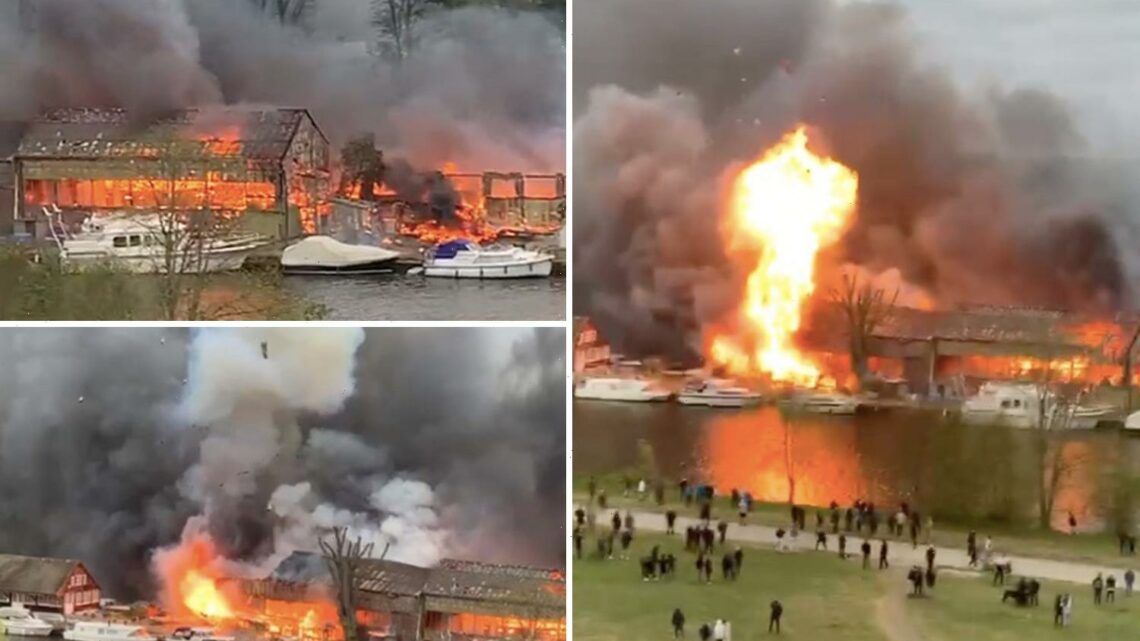 AROUND 100 firefighters are battling a blaze that broke out at a historic boat house on an island on the Thames near Hampton Court. 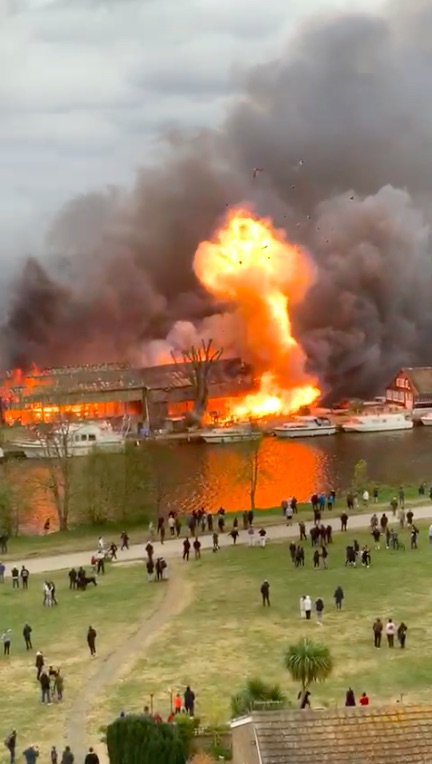 Residents said they heard 'large explosions' before spotting the inferno.

Fifteen fire engines rushed to the scene and have been working to put the fire out as horrified locals watched on.

London Fire Brigade said: "Fifteen fire engines and around 100 firefighters are at the scene of a fire on Platt's Eyot island in Richmond upon Thames. Two industrial units are alight."

He tweeted: "A difficult fire for crews to deal with as 2 boatyards on on fire on an island in the middle of the Thames near Molesey and Hampton. Locals trying rescue boats moored on the island. Winds whipping up flames."

The heavy rainfall is helping to battle the blaze.

The Eyot is a registered conservation area and home to four listed buildings.

The two timber-framed industrial buildings were boathouses and have been destroyed.

According to Historic England the boathouses were clad in corrugated zinc with a Belfast truss roof.

"It was constructed in 1916 by Augustine Alban Hamilton Scott for the Thorneycroft firm to build fast launches carrying torpedoes for the Admiralty."

Dominique Buochard, who lives nearby where the fire broke out told MyLondon: "I think there was a lot of collective concern. I ran into the vicar from St Mary’s church who came out to see if anyone needed help.

"I heard a few people talking about how devastating this is for the businesses on the Eyot and of course losing unique historic architecture and structures is also very sad.

"I was very worried that people were injured but there didn’t appear to be any injuries." 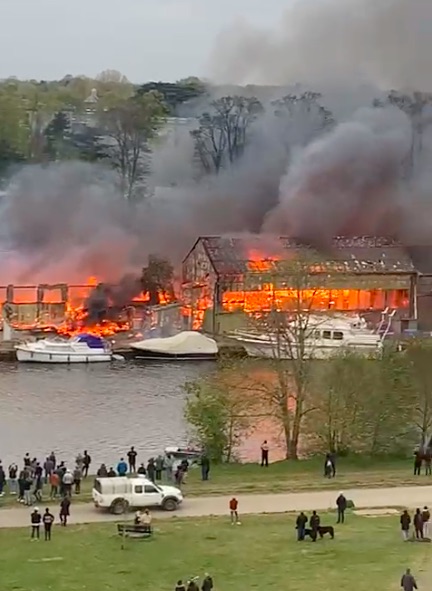 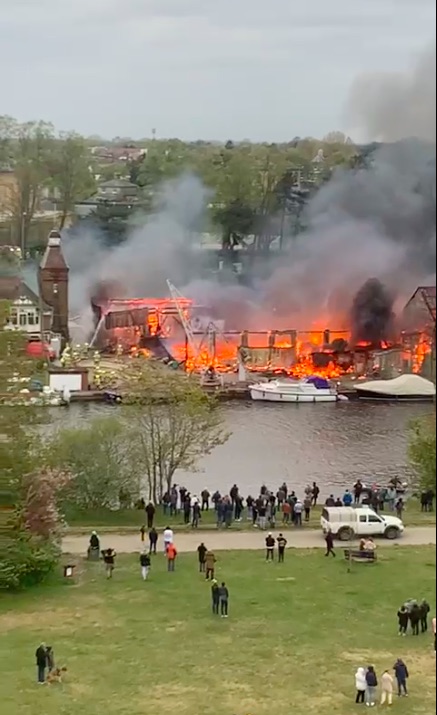 Negative outlook list may get longer, Q1 biz to be hit