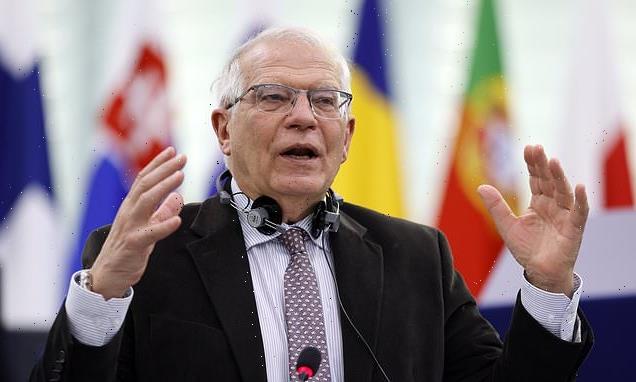 EU countries are handing Vladimir Putin a billion euros a day for oil and gas – as the bloc moved a step closer to banning Russian coal.

EU foreign minister Josep Borrell said it was unable to ban Russian gas imports because some member states were so dependent on it that they were refusing to budge, despite widespread revulsion at Putin’s aggression.

He said sanctions had to be extended to energy if they were to have any impact on Putin’s war machine, but said this could not be done ‘overnight’. 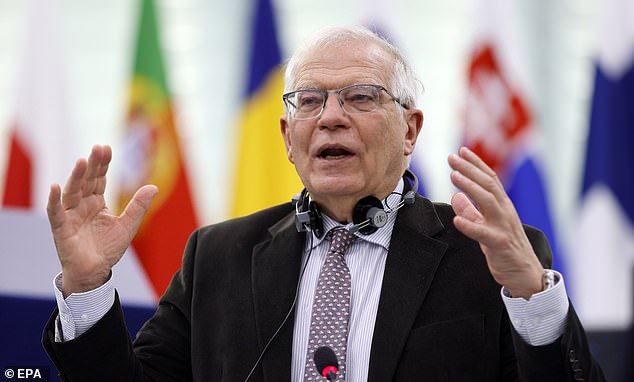 The revelation of the scale of spending on oil came as the European Commission brought forward proposals to ban Russian coal.

Polish PM Mateusz Morawiecki called on the EU to do more, saying it had to ‘sever all trade relations with Russia without delay’.

So far, Europe has not been willing to target Russian energy over fears that it would plunge the European economy into recession but the recent reports of civilian killings have increased pressure for tougher EU sanctions.

The US and the UK previously announced they were cutting off Russian oil, Poland said it plans to block imports of coal and oil from Russia, while Lithuania said it is no longer using Russian natural gas.

‘To take a clear stand is not only crucial for us in Europe but also for the rest of the world,’ Miss von der Leyen said.

Other measures proposed by the EU’s executive arm include sanctions on more individuals and four key Russian banks, including the second-largest, VTB, which is already sanctioned by the UK.

‘These four banks, which we now totally cut off from the markets, represent 23 per cent of market share in the Russian banking sector,’ 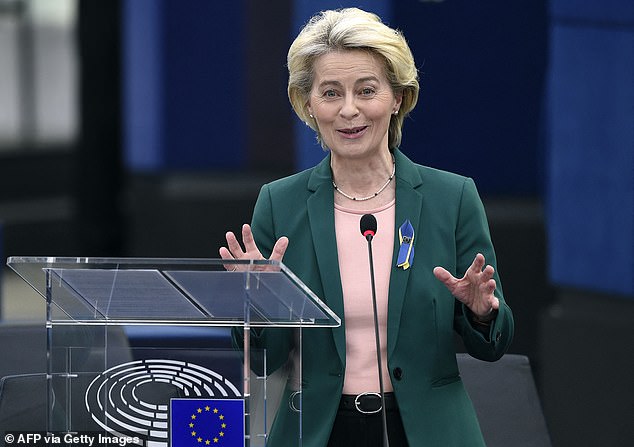 If the proposal is adopted unanimously by all 27 EU countries, the new package of sanctions would also ban Russian vessels and Russian-operated vessels from EU ports, with exceptions for ‘essentials’ such as agricultural and food products, and humanitarian aid and energy.

Mr Morawiecki, who held talks in Warsaw with Liz Truss yesterday, said emerging evidence of a massacre of civilians by Russian troops in the town of Bucha amounted to ‘acts of genocide’.

He added: ‘The EU must confiscate all Russian assets in its western banks as well as those of Russian oligarchs. It must sever all trade relations with Russia without delay. European money must stop flowing to the Kremlin. Putin’s criminal and increasingly totalitarian regime needs to have one thing imposed on it: sanctions which actually work’.

Miss Truss said sanctions were already having a ‘crippling impact’ – but acknowledged the West needs to go further.