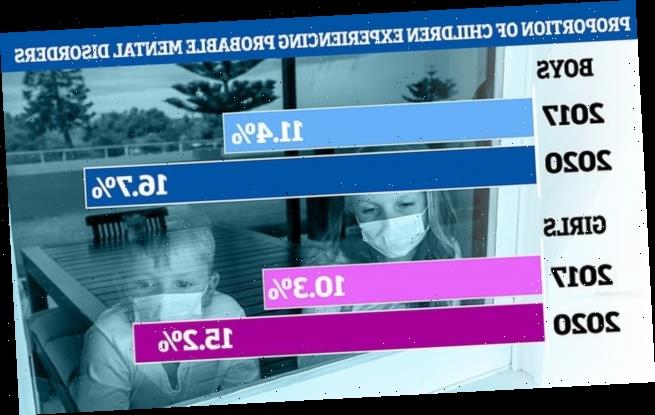 England's third lockdown has triggered a 'crisis' in mental health

Charities and politicians have urged No10 to provide much-needed funding to prop up services, and ensure all patients receive treatment.

Mind says its pandemic support page has seen its highest number of visitors since April — when the country was in the grips of the first wave.

And former Health Secretary Jeremy Hunt warned there is a ‘real risk’ self-isolation becomes a ‘tipping point leading to an epidemic of severe mental illness’.

Experts claim the mental health crisis has been fuelled by the UK’s huge death toll, mass unemployment caused by the lockdowns and the social effects of stay at home orders.

And the Office for National Statistics (ONS) revealed in August around one in five Britons suffered either moderate or severe depressive symptoms in June 2020, almost double the level recorded the same time last year. 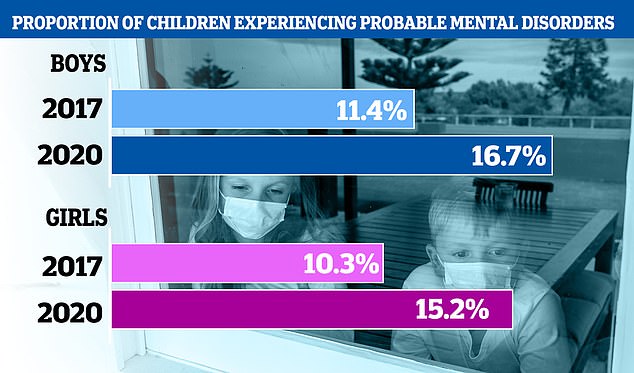 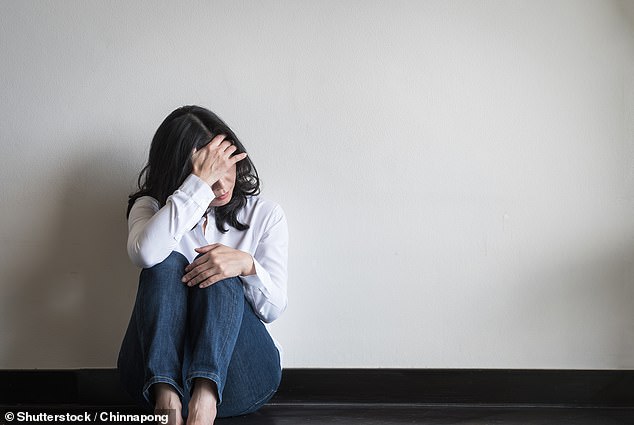 Up to 10million people could need mental health support in the wake of the pandemic, a report warned before Britain’s second wave of coronavirus.

Experts said around 8.5million adults and 1.5million children in England will likely need help to deal with the fallout from coronavirus, including losing loved ones and jobs.

They will mostly need help for depression and anxiety, according to analysis from the Centre for Mental Health, which consulted experts from the NHS.

But others – including NHS workers – could develop conditions such as post-traumatic stress disorder (PTSD), more commonly associated with service personnel following armed conflicts.

Mind’s pandemic support page had as many as 9,580 views on January 4, the day Boris Johnson announced England’s third shutdown, reports The Telegraph.

The following day this had risen to 14,167, the highest number in a single day since April 22, 2020, which was a month into the first lockdown.

The numbers remained high throughout last week, hitting 11,585 on Wednesday and 9,510 on Thursday.

Paul Farmer, the charity’s chief executive, warned: ‘It is no understatement to say that the nation is facing a “mental health pandemic”.

‘It is clear that our mental health is deteriorating across the board – from mild mental health problems right through to those reaching crisis point and even having to be hospitalised.’

Mr Hunt, the chair of the Health and Social Care Select Committee, told the newspaper: ‘There is a danger of medicalising the general malaise and cabin fever felt by many people as a mental health issue.’

He added, however: ‘There is a real risk that enforced isolation becomes a tipping point leading to an epidemic of severe mental illness.’

Calling for more action on mental health last month Dr James, who is president of the Royal College of Psychiatrists,  said that even when ministers manage to get the virus under control there will be ‘profound’ long-term consequences.

‘It is probably the biggest hit to mental health since the Second World War,’ he told The Guardian.

‘It doesn’t stop when the virus is under control and there are few people in hospital. You’ve got to fund the long-term consequences.’ 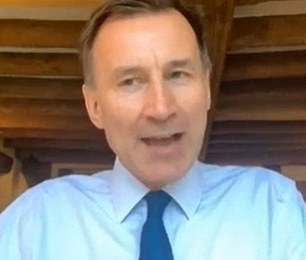 Mental health charity Mind described the situation by Christmas as a ‘mental health emergency’, adding that ‘2020 has been a year of anxiety and uncertainty and more people need us than ever before’.

The ONS published a study in August showing the rate of depression in Britain has doubled since the pandemic began.

They found 9.7 per cent of all adults had some sort of depression between July last year and this March.

But when the same group was assessed again in June, the figure had surged to 19.32 per cent – almost one in five. The data added young women were most affected by the virus and the Government’s draconian lockdown measures.

At the time top experts warned of an emerging ‘mental health crisis’, and said the findings were ‘deeply troubling’.

‘This study tells us, yet again, that we might have a mental health crisis after this pandemic,’ said Professor Dame Til Wykes, clinical psychology and rehabilitation at the Institute of Psychiatry Psychology & Neuroscience, King’s College London (IoPPN).

She added: ‘The social effects of distancing and isolation for some affects their emotional wellbeing.

‘We can all understand that dealing with tough circumstances like financial stress and unemployment, as well as the fear produced by having an underlying health condition, are likely to put pressure on all our coping mechanisms.

‘We don’t know when this pandemic will be over but the news about employment seems likely to put further strain on an already stressed population. The figures for depression are then likely to be much worse.’