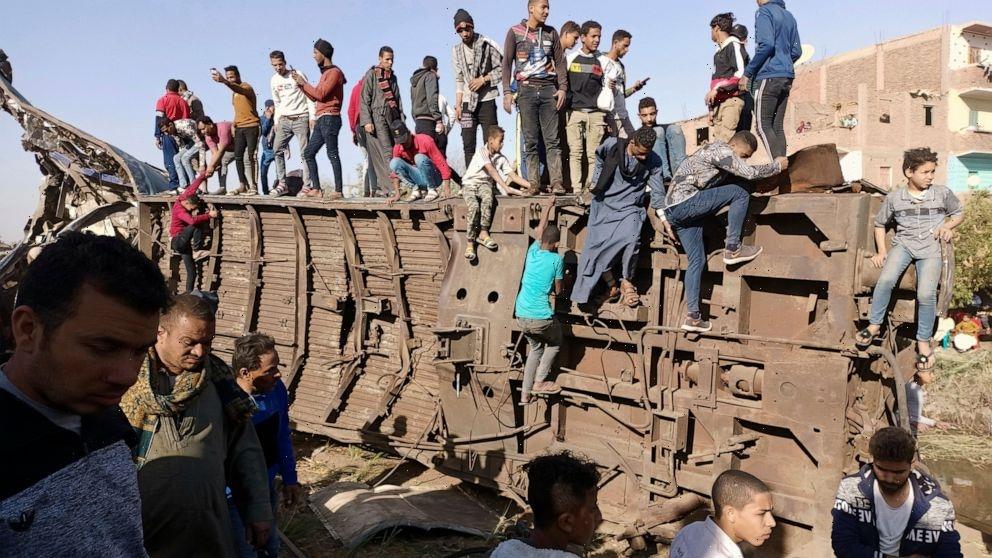 CAIRO — Egyptian prosecutors said Sunday they found that gross negligence by railway employees was behind a deadly train crash that caused public outcry across the country. Drugs were allegedly also involved.

The March 26 crash of two passenger trains in the province of Sohag, about 440 kilometers (270 miles) south of Cairo, was the latest in a series of deadly railway accidents in the Arab most populous country. At least 18 people died and 200 others, including children, were injured.

The findings, announced Sunday in a detailed statement by the public prosecution, allege that a driver and his assistant had deactivated the automatic train control system (ATC) before the collision. The ATC system is a mechanism that guides trains’ safe operation and involves a speed control.

Prosecutors also allege that a control tower guard had smoked hashish and an assistant to a train driver had used hashish and the opioid pain killer Tramadol, commonly sold as a street drug in Egypt. The statement did not elaborate as to whether drugs had impacted their decision making at the time of the crash.

Prosecutors said they have yet to conclude their investigation in the crash.

Train wrecks and mishaps are common in Egypt, where the railway system has a history of badly maintained equipment and mismanagement.

Hundreds of train accidents are reported every year. In February 2019 an unmanned locomotive slammed into a barrier inside Cairo’s main Ramses railway station, causing a huge explosion and a fire. That crash prompted the then-transportation minister to resign.

Egypt’s deadliest train crash was in 2002, when over 300 people were killed after a fire broke out in an overnight train traveling from Cairo to southern Egypt.