A drunk ex-soldier killed a nurse after mounting a pavement and hitting her at more than 50mph as she was on her way to meet her husband, a court heard.

Bolton Crown Court heard Susan had just been crossing the road in Bolton, Lancashire, when she was hit and tragically died at the scene on August 23.

She was a specialist nurse at the University Hospital of South Manchester and had arranged to meet her husband Graham Lockett for a swim at the leisure centre. 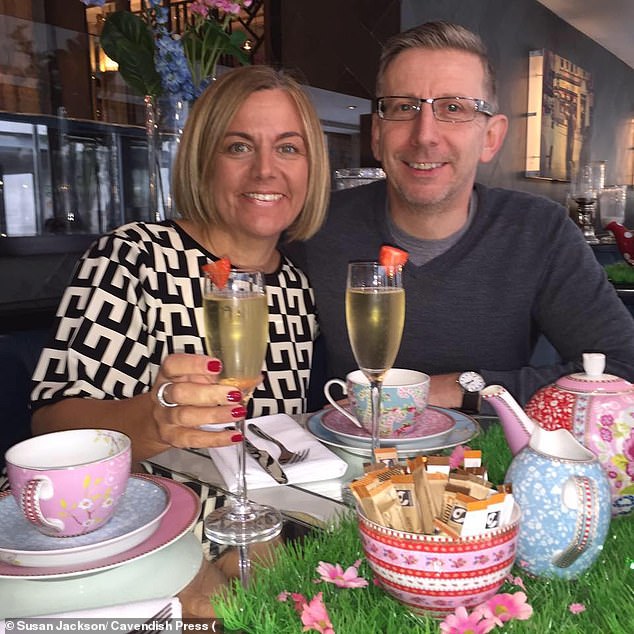 The court heard the 18-year-old Land Rover Mossop was driving had faulty brakes and hit Susan with such force she was flung 30 metres across the road and hit a wall.

Mossop, of Hartington Road, Bolton, pleaded guilty to causing death and serious injury by dangerous driving, drink driving and having no licence or insurance.

Police collision experts calculate the Land Rover was doing at least 52.8mph as it hurtled towards Susan.

Mossop recorded a breath test of 51mcg of alcohol in 100ml of breath at the police station three hours after the crash, above the legal limit of 35mcg. 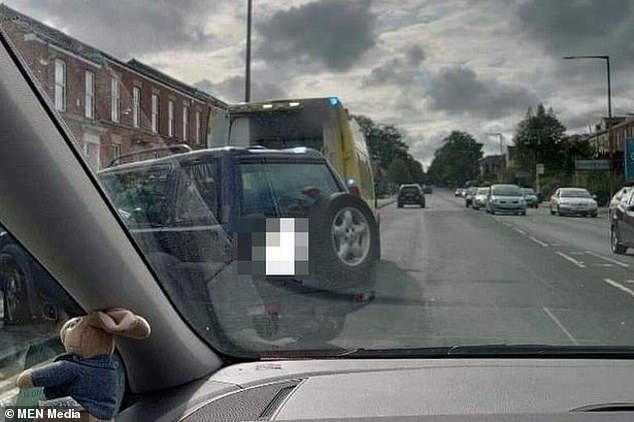 A passerby and a staff member from the David Lloyd gym gave Susan CPR for 20 minutes until paramedics arrived.

But she was tragically pronounced dead at the scene from severe multiple injuries, including a completely severed spine when medics arrived.

Mr Lockett, who was waiting inside the club, learned of the tragedy outside after he rang his wife’s mobile phone and it was answered by a police officer.

Mossop, appearing via video link from prison, sat with a mask on and head bowed as Mr Lockett told him how he had felt guilty about not being with his wife as she died.

After killing Susan, Mossop did not stop and smashed into another pedestrian John Devaney who was left with a fractured spine, ribs, nose and a punctured lung.

Mossop only came to a stop when he hit a wall.

He has 17 previous convictions for 37 offences including for drink driving, driving whilst banned and other motoring offences, the court heard.

Colin Buckle, prosecuting, said the vehicle, which Mossop shared with his partner Karen Marsh, had no MOT and he was not insured to drive it.

Mr Buckle told the court: ‘Mercifully the pathologist concludes Mrs Jackson wouldn’t have known anything about the impact.’

He said Mr Lockett had grown concerned that Susan had not arrived at the gym and frantically rang her phone.

Mr Buckle said: ‘The phone was eventually answered by a police officer telling Mr Lockett to come out to the car park where, of course, he was confronted with the scene at the bottom of Royal Court Drive and he was informed that his wife had died.’ 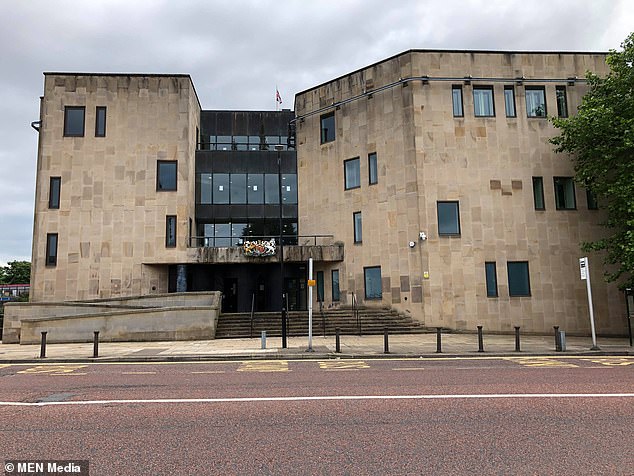 Bolton Crown Court (pictured) heard Susan had just been crossing the road in Bolton, Lancashire, when she was hit and tragically died at the scene

Mark Friend, defending Mossop, told the court: ‘He is truly sorry for his actions’.

He added Mossop has been diagnosed with PTSD after serving two tours of duty in Northern Ireland and had struggled with drink and drugs after seeing a friend killed.

Mr Friend said: ‘There is a sad irony for a man who entered the British Army in order to protect the public now being criminally responsible for the death of a member of the public and, of course, the serious injury to Mr Devaney.’

‘She was a loving mum to her two daughters Emma and Sophie and a friend to so many.

‘Sue was a nurse and had worked for the NHS for 30 years. She will be greatly missed by all her colleagues and patients.

‘As a family we are heartbroken and in total shock and disbelief that Sue was taken from us like this. We have lost a large part of ourselves and our world.’

Democrats Keep Winning The Popular Vote. That Worries Them.