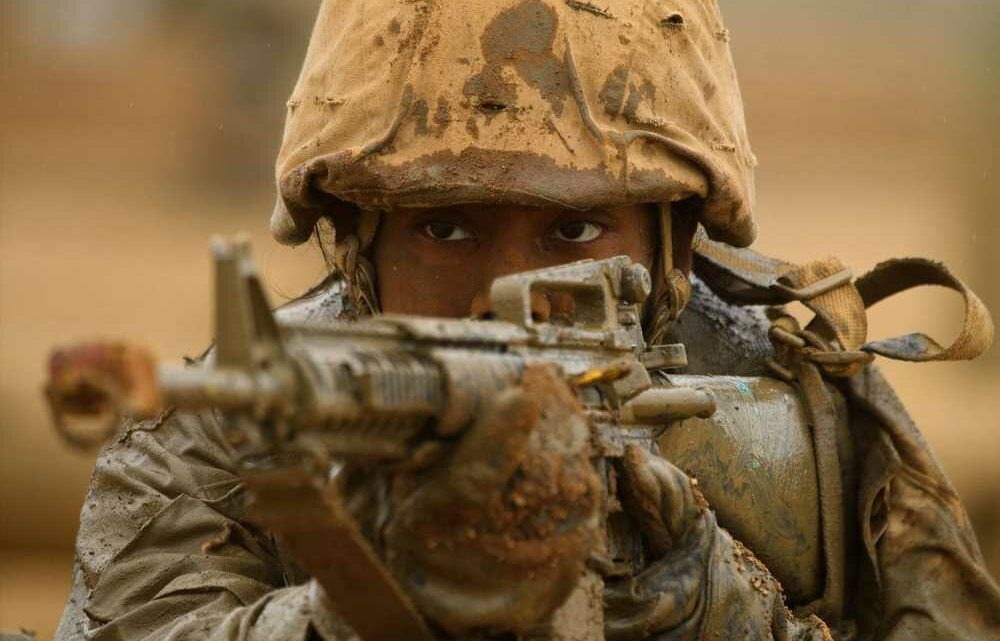 Sorry, Mr. President: The 'fight' for voter rights is nothing like the Civil War

Biden is badly fumbling the US pullout from Afghanistan

If you wonder what Republicans are accomplishing in Washington, look no further than the Senate Armed Services Committee, where a majority of them voted to create the predicate for drafting women into the military.

Astonishingly, only five of the committee’s 13 GOP members voted against an amendment requiring women to begin to register for the Selective Service.

It’s unclear why this is a pressing national need, or why anyone believes that it would help during a major war. Perversely, though, it’s considered a blow for gender equity, and, of course, that overwhelms all other considerations for Democrats and Republicans alike.

As things stand, men between the ages of 18 and 26 must register with the Selective Service. This is the database that, in theory, the nation would draw on in the event of a military draft.

A draft, which we haven’t had since the Vietnam War, isn’t supposed to be a mechanism for making people feel good about themselves or a tool of so-called social justice. Its purpose is to funnel manpower into the military as expeditiously as possible during a national crisis.

A draft is a gargantuan effort. As Max Margulies of West Point and Amy Rutenberg of Iowa State University note, during World War II, more than 180,000 volunteers helped process draftees at 11,000 draft and appeals boards. During Vietnam, 31,000 people did this work.

It would unnecessarily complicate this inherently difficult task to also screen all the young women in the country to find those suited to military roles at a time when, presumably, we would need to quickly find and train new soldiers en masse.

Although women serve admirably and honorably in the armed services, the military is still overwhelmingly male. According to a recent Government Accountability Office report, the share of women in the military overall has increased only slightly, to 16.5 percent in 2018, up from 15.1 percent in 2004. The numbers are tiny when it to comes to combat arms. As of late 2019, 653 women were serving in combat roles in the Army, and 231 female Marines in combat-arms billets.

With notable exceptions, women aren’t as physically capable as men. A Marine Corps study released in 2015 found that all-male units performed better than gender-integrated units on 69 percent of tasks. All-male units were faster. They were more accurate in firing weapons. They engaged targets more quickly. They were more adept at negotiating obstacles. And they were better at evacuating casualties.

The Marine study noted higher rates of injury for women than for men, resulting from higher levels of fatigue, because women simply aren’t as strong. Women got hurt at six times the rate of men during entry-level training, and during the assessment for the study, the musculoskeletal injury rate for women was 40.5 percent, compared to 18.8 percent for men.

Israel, which drafts both men and women, is often cited as a counterexample. Surrounded by larger hostile countries, it is an international outlier, though, truly desperate for sheer numbers.

Getting women to register for the draft has been a longtime priority of “men’s-rights” groups that think it’s unfair that males in the United States should be asked to shoulder a disproportionate burden defending their society the way men have across all cultures since time immemorial.

Then there are feminists who believe that it is only by raising the prospect of drafting females to fight our wars that women can truly become first-class citizens.

Neither of these is a good argument, but Congress is inclined to use the Selective Service to make a social point anyway.