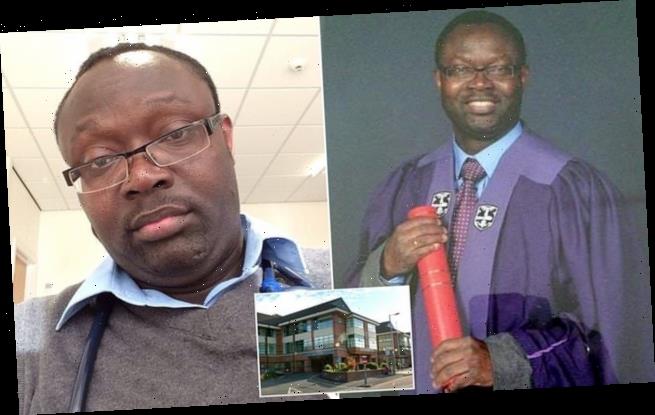 Doctor handcuffed and tear gassed while arrested cleared of misconduct

Hospital doctor, 47, who was handcuffed and sprayed with CS gas while being arrested is cleared of misconduct after tribunal accused police of being too ‘heavy handed’ 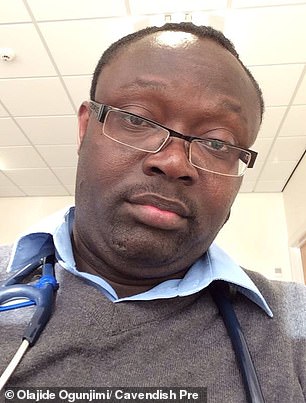 A hospital doctor who was handcuffed and tear gassed by ‘heavy handed’ police officers while being arrested has been allowed to return to work by a tribunal.

Dr Olajide Ogunjimi was cleared of misconduct by a disciplinary panel after it agreed that the two officers acted ‘unreasonably and disproportionately’ against him when they arrested him on suspicion of wasting police time.

The 47-year-old doctor was arrested after he called police to report an unknown concern then refused to end a phone conversation he was having as they questioned him.

Ogunjimi, a former trainee specialist registrar at Bolton Hospital in Greater Manchester, struggled with the two officers in his bedroom before he was subdued with CS spray, also known as tear gas.

Senior officers later concluded no action would be taken against the father-of-three on the charge of wasting police time, but he was reported to the General Medical Council.

At the Medical Practitioners Tribunal Service in Manchester Dr Ogunjimi, who also works as a lecturer at University of Central Lancashire, faced misconduct charges.

But he was cleared after agreeing the officers acted ‘unreasonably and disproportionately’. 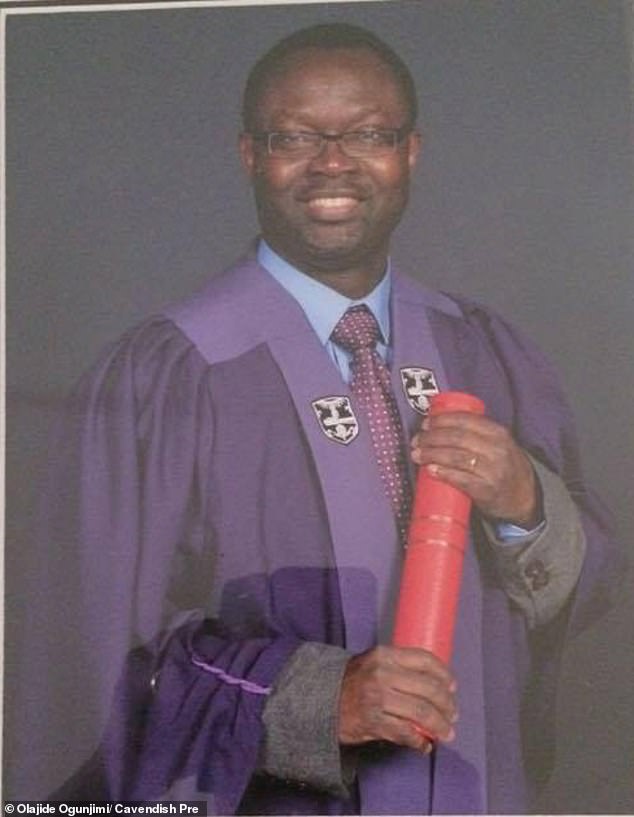 A disciplinary panel concluded the arrest was lawful but said it considered the officers were ‘heavy handed’ and ruled the doctor was in a ‘unique situation which was unlikely to be repeated’.

It is not known why Dr Ogunjimi had called police to his house, but the tribunal heard it came following phone conversations he had with his uncle and an unnamed woman.

The incident occurred on June 8 2018 after the two officers, a junior policewoman known as PC A and PC B, an experienced Neighbourhood Response constable, were dispatched to Ogunjimi home.

Initially he conversed with the two officers amicably for up to 30 minutes in his lounge but trouble began when he fielded another phone call from an unknown caller.

PC B himself ended the call but the doctor became ‘agitated’ and ‘frustrated’ and went upstairs to make another call. 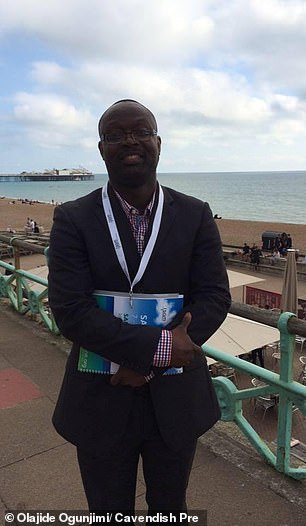 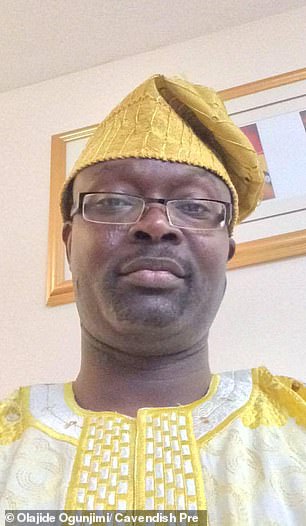 The doctor, a former trainee specialist registrar at Bolton Hospital, Greater Manchester, was arrested on June 8 2018

One of the officers urged Ogunjimi to remain in the living room and accused of him being rude but he went upstairs anyway, and the pair rushed after him.

PC B followed him into the bedroom, cautioned him and asked the doctor to end his telephone call, but a struggle was sparked when Ogunjimi ignored him.

As he became more agitated, PC B instructed PC A to deploy the CS spray.

‘Following his arrest, Dr Ogunjimi was not charged with the offence for which he was arrested nor any other offence arising from his arrest.

‘His behaviour, in the heat of the moment, while in a state of shock and suffering pain to his wrist, was both lawful and excusable.

‘This was a once in a lifetime situation that Dr Ogunjimi found himself in.

‘The incident was a single error of judgement committed in a very short space of time and in highly charged emotional circumstances.’

In clearing Ogunjimi, MPTS chairman David McLean said: ‘PC B’s genuine belief was that Dr Ogunjimi was being untruthful, his story was fabricated and that he was wasting police time. 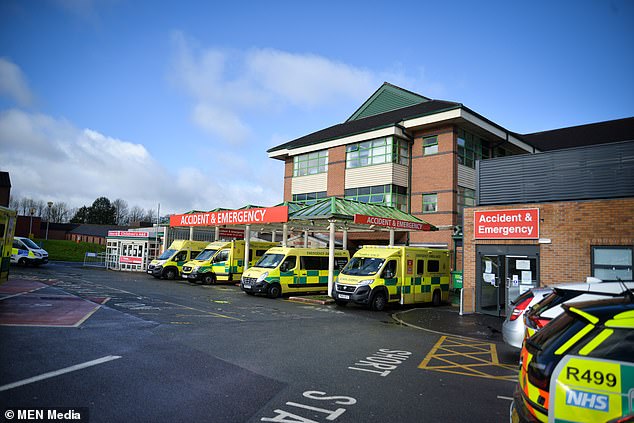 Dr Ogunjimi worked at the Royal Bolton Hospital (pictured, stock image) and also as a lecturer at University of Central Lancashire

‘The officers’ actions were certainly reasonable until the point when they reach Dr Ogunjimi’s bedroom door but the Tribunal considered that the use of force after this point was heavy handed.

‘With the benefit of hindsight, the officers could have dealt with the situation more appropriately. Had the officers not used force, the incident might have resolved without violence.’

Tthe Tribunal concluded that the use of force was ‘understandable’ and not ‘gratuitous’, but added: ‘The situation would have been a very frightening experience for Dr Ogunjimi, who was certainly shocked and distressed.

‘On a true view of the facts as they now appear in the cold light of day after having heard extensive evidence, the use of force used by the police officers in arresting Dr Ogunjimi can be seen to have been unreasonable.

‘In reality, he was shocked and distressed by the events unfolding, and he reacted while he was in that state of shock. He was in a unique situation, which he had not been in before and is unlikely to be in again, and reacted in a way which, with the benefit of hindsight, he wishes he had not.’

‘This was an isolated incident about which Dr Ogunjimi had expressed genuine regret and indicated that he would act differently in the future.’