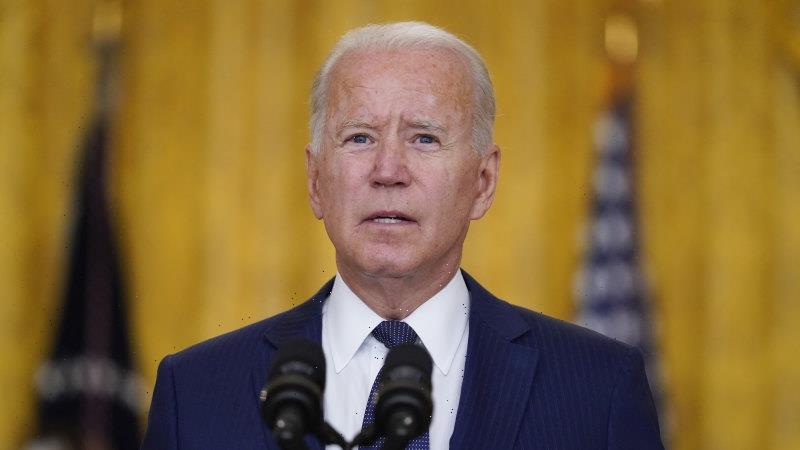 Despite bloodshed and chaos, Afghan exit may yet hold positives for US and allies

The terrorist attacks around Kabul airport, killing scores of people, including at least 13 US marines, may not seem like the moment to consider what the longer-term consequences for American power might be. The more immediate humiliation of the US will fill the airwaves for weeks to come. But then what? 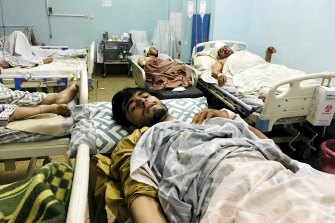 Wounded Afghans lie in hospital after the deadly explosions outside the airport in Kabul.Credit:AP

Doomsayers are on a justifiable roll. The Kabul catastrophe has exposed lacuna in American global leadership. Caricatures of the Biden administration as hapless will be hard to impossible to redraw. The President’s cognitive decline is being noted even by his own side; his Vice-President is fast becoming a Democratic Sarah Palin.

Biden’s planning for the Afghan retreat makes the Trump administration look like a model of competence. He has somehow made the disaster at the Mexican border into a template for the barrier around Kabul airport. Neither has been secured.

His “over the horizon” pitch – that his military can maintain security at a distance – looks increasingly absurd. If the point of occupying Afghanistan for 20 years was counterterrorism but that when the occupation ends, terrorism comes back – as it has – Biden’s retreat is at best a contradiction.

In his initial press conference following the attacks, he asserted a bizarre path dependence: “You know as well as I do that the former president made a deal with the Taliban.” Honouring that Trump deal, Biden argued, was unavoidable. “Trump made me do it.” But his predecessor walked out on the Paris climate agreement and the Iran nuclear deal. Biden had no problem rejoining both. Blaming Trump for his disastrous retreat from Afghanistan did little to instil confidence in Biden.

The Democratic President has not only abandoned Afghans, he has abandoned every ally (36 of them) that joined America in the long struggle to transform their nation – Australia included. As US national security expert Kori Schake observes, “These countries have spent 20 years in Afghanistan not primarily because they consider Afghanistan essential to their security but because they consider the United States essential to their security.”

For 70 years, Canberra has been paying premiums on an insurance policy it hoped Washington would honour: “If we support your security (in Korea, Vietnam, Iraq …), you must support ours (as we face a revisionist China).”

But that ANZUS policy looks increasingly void. Biden, after Trump, decided to quit Afghanistan without reference to Australian concerns, with only lip service to our investments of blood and treasure.

However, in the rush to condemn Biden’s ineptitude we risk missing some emerging complexities. The first is the inevitable fallout of any retreat. Military retreats can be likened to financial bankruptcy. Each happen in two ways: gradually and then suddenly. Quitting Kabul was never going to be done quietly and off-radar. Vacuums of US power invariably get filled by violence.

‘America’s leaving is always bloodier than its arrival.’

When America abandoned south-east Asia in 1975, this set in train the genocide of more than 1.5 million Cambodians. When Barack Obama quit Libya in 2011, thousands of civilians died in the ensuing state collapse. America’s leaving is always bloodier than its arrival.

The second overlooked complexity is the signal the Afghan surrender sends to opponents. Biden’s detractors assert the emboldenment of Beijing and Moscow. Taiwan and Kiev are now imperilled, comes the claim. Well, possibly. Taipei and Ukrainian democrats will hardly sleep easier for this botched withdrawal from Kabul.

But how far are Chinese and Russian interests advanced by America being free of its Afghanistan burden? The horror of Kabul airport obscures the deeper issue Chinese President Xi Jinping and Russia’s Vladimir Putin now confront. What did they want to happen? It has suited the interests of both autocrats to see America bleed itself white fighting the Taliban. That bleeding, when the streets around Kabul airport are washed clean, has now been staunched.

America now has the logistical freedom and angry resolve, born of the airport attacks, to reassert its hard power, to renew its security commitments elsewhere, including in the Asia-Pacific. For China to prosper in this new era, it must build a rapport with Taliban Islamists while it simultaneously suppresses Uighur Muslims at home. And when the suicide bombers of ISIS-K come for Chinese Communist Party officials looking for Afghan mining rights, Xi will have to decide, as American presidents once did, whether to intervene.

Russia, which suffered a far worse fate from its Afghanistan withdrawal in 1989 than America is likely to endure – the demise of the USSR itself – must now provide its own bulwark against Islamist terrorism in the region. For decades, many more Russians have been killed by these assorted jihadists than have Americans. And now a US frontline against them has been removed.

So while seeing Biden’s apparent ineptitude as a strategic masterstroke might be wishful thinking, the Kabul disaster does invite consideration of how America (and allies such as Australia) might ultimately prosper as a result of the recovery from it.

Tim Lynch is a professor in American politics at the University of Melbourne.