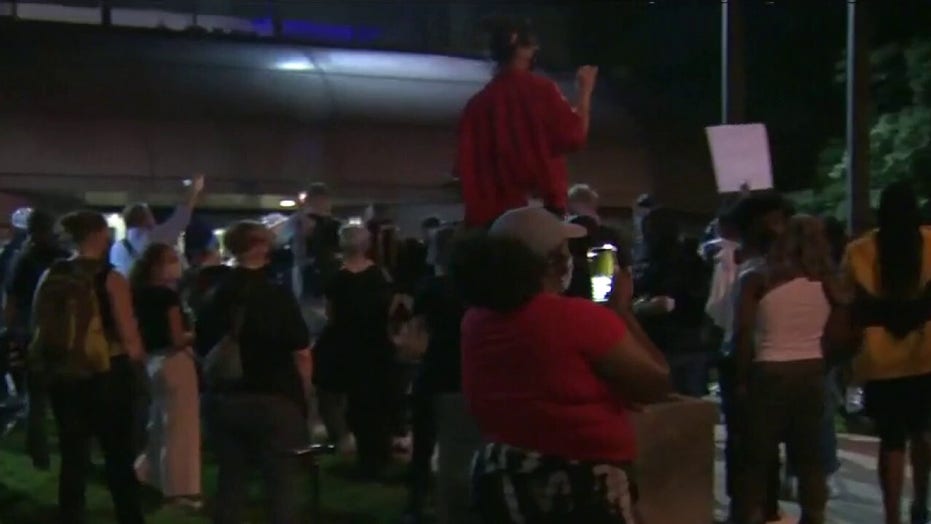 Police in Washington, D.C., released a video Thursday showing the incident involving Deon Kay, a Black man who was shot and killed Wednesday by police officers, amid protests in the city, as investigators said Kay brandished a gun during the encounter.

A Metropolitan Police Department statement released at the same time as the video explains that officers were responding to a report of a man with a gun shortly after 3:45 p.m. Wednesday when they spotted multiple people inside a parked vehicle in southeast D.C., police said.

WARNING: VIDEO MAY BE DISTURBING

“Mr. Deon Kay exited the vehicle and began to run on foot,” the statement reads, adding that officers ran after him. “An officer observed Mr. Kay brandish a firearm and subsequently the officer discharged his service weapon once, striking Mr. Kay in the chest.”

The police footage, which begins roughly 1 minute and 15 seconds into the video, shows officers pull up and stop as an officer rushes out of the vehicle and begins running.

The officer then appears to turn around and find the man, wearing a white shirt and dark-colored pants, approach from his side.

A single gunshot is heard being fired as the man falls to the ground.

Someone then yells, “he tossed it down there.” 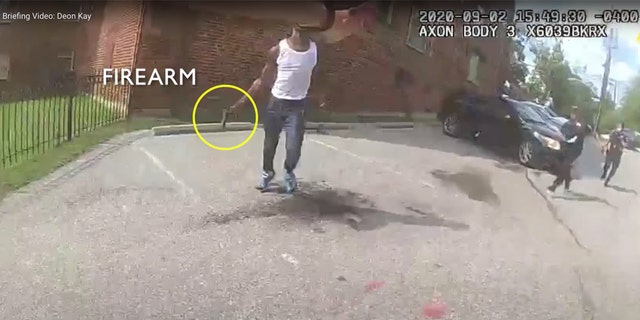 The footage is then shown in slow motion, which, according to police, shows Kay was carrying a firearm in his right hand. Kay, 18, was taken to an area hospital, where he later died.

POLICE SHOOT, KILL MAN IN DC AFTER RESPONDING TO REPORT OF GUNS IN CAR

The U.S. Attorney’s Office for Washington D.C. and MPD’s Use of Force Review Board are now reviewing the shooting. The officers involved in the shooting were placed on administrative leave, police previously said.

The killing prompted a late-night face-off between police and dozens of protesters outside a city police station.

The Metropolitan Police Department said shortly after the shooting that Kay was one of two people who fled Wednesday afternoon when approached by uniformed officers who were investigating reports of a man with a gun in the area.

Later Wednesday night, videos posted on social media showed dozens of enraged protesters jostling with a line of police officers, who used bicycles to help form a barrier in front of the station.

The shooting comes as police killings of Black people have sparked nationwide protests and calls for sweeping police reform, prompting local efforts by the D.C. Council to bring greater transparency to such incidents.

In June, following the death of George Floyd in police custody in Minneapolis, the council passed emergency legislation requiring the MPD to release any body camera footage from any fatal shootings or use-of-force incidents within five days. The department must also release the names of the officers involved.

Why So Little Attention For The Black Man Running For Senate in Mississippi?
Technology