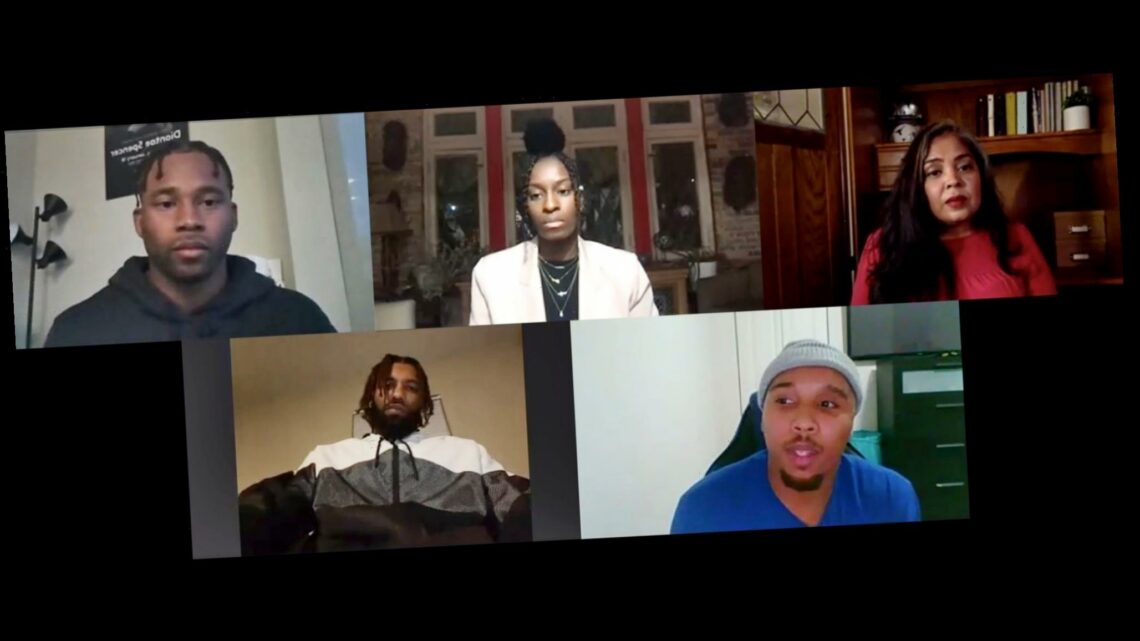 DeAndre' Bembry Was Drafted into NBA a Week After Brother's Killing, Now Honors Him 'Every Day'

It was about 2 a.m. when DeAndre' Bembry walked into his New Jersey home and heard his mother on the phone. He knew something was wrong. He grabbed the phone and heard the news about his brother that would change his life.

"He was at a party. He was trying to break up a fight and he ended up getting shot," says Bembry, whose brother Adrian Potts, 20, died after the shooting. "It was just tough after that."

A week later, on June 23, 2016, Bembry found himself surrounded by close friends and family inside a hotel room and watching the NBA Draft. He learned he was going to be drafted by the Atlanta Hawks in the first round.

"Me and my mom and my grandmother all just broke down and started crying," he recalls about the mixed emotions he felt. "It helped that all the people that were there felt a lot of the same pain I felt at the time."

For more on how a group of athletes survived gun violence and now work to combat it, subscribe now to PEOPLE or pick up this week's issue, on newsstands Friday. The virtual roundtable event, in partnership with PEOPLE and the nonprofit advocacy organization Everytown for Gun Safety, brought the athletes together ahead of National Gun Violence Survivors Week, Feb. 1-7. The athletes are all members of the Everytown Athletic Council, whose members highlight the gun violence crisis, often with very personal stories.

(Watch the full People Features: Gun Violence Survivor Athletes panel above, or streaming now on PeopleTV.com. The discussion was also featured on Thursday's episode of PEOPLE: (The TV Show!), and the segment appears below.)

Nearly 40,000 Americans are killed with guns every year in America — and approximately 85,000 more are shot and wounded, according to the Centers for Disease Control and Prevention.

Bembry tells PEOPLE he thinks about his brother and honoring his legacy "every day." He recalls talking with him about their goals shortly before his death. At the time, Adrian was a college student and wanted to become a lawyer. "He wanted to be the mayor of Charlotte," Bembry says. "He enjoyed learning."

When Bembry was drafted by the Hawks, whom he credits for supporting him through a difficult time, he chose to wear No. 95 — the year Adrian was born. "Everything in today's life is brutal, and obviously the tragedies that we've been through, it's been brutal," he says. "But educate yourself. I think it's a great starting point on whichever role you want to play in life, on whichever path you want to go, whether it's sports, or you want it to be a lawyer, or any other situation."

The show is hosted by Kay Adams and Lawrence K. Jackson with correspondents Jeremy Parsons and Sandra Vergara. You can also stream the show daily at 7 p.m. ET/4 p.m. PT on People.com, PeopleTV app (OTT) and PEOPLE's Facebook, Twitter and YouTube accounts.