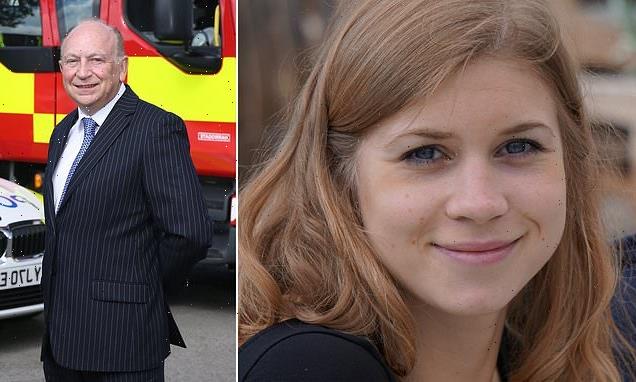 The head of North Yorkshire’s policing has quit after coming under fire for his comments on women’s safety in the wake of Sarah Everard’s murder.

Philip Allott, who oversaw police and fire services in North Yorkshire, was widely condemned for his comments suggesting Ms Everard ‘never should have submitted’ to the arrest by killer Wayne Couzens.

Couzens, a Metropolitan Police officer, used his position to falsely arrest the 33-year-old for breaking lockdown rules in order to kidnap her before raping and murdering her.

In an open letter, Mr Allott apologised ‘unreservedly’ for his remarks and claimed he ‘misspoke’ on the topic of women’s safety in the wake of Ms Everard’s high profile murder.

Despite being married and having a daughter himself, Mr Allott suggested women needed to be more ‘streetwise’ and ‘learn a bit’ about powers of arrest.

His resignation comes after the North Yorkshire’s Police and Crime Commissioner unanimously voted in favour of a vote of no confidence in him earlier today.

The North Yorkshire Police, Fire and Crime panel met on Thursday with discussion of Mr Allott’s comments, for which he subsequently apologised, forming part of the agenda. 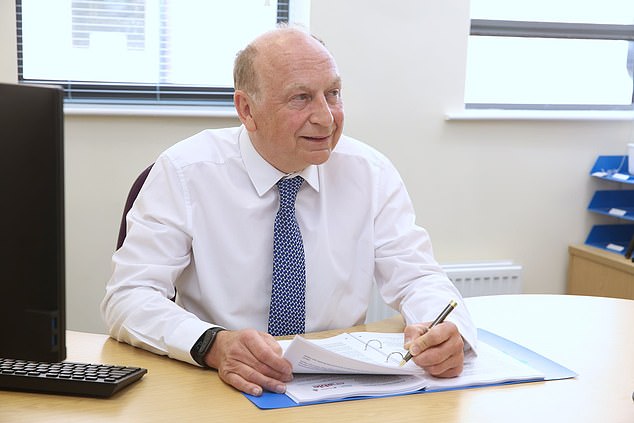 Former police commissioner for North Yorkshire, Philip Allott, (pictured) resigned after suggesting women ‘need to be streetwise’ about arrests in the wake of the Sarah Everard case 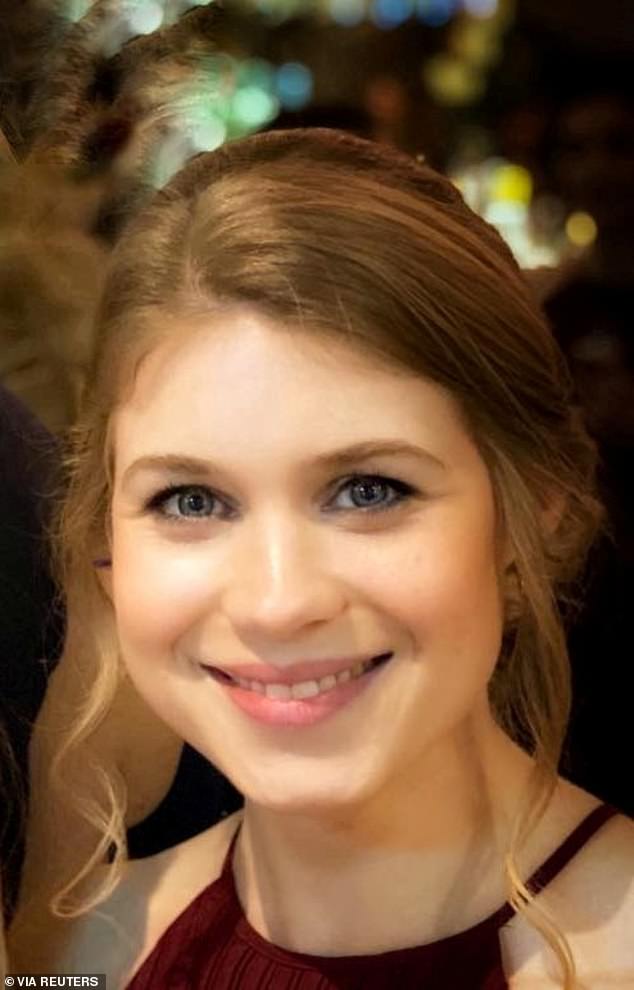 Wayne Couzens was jailed for the rest of his life after using his position as a Metropolitan Police officer to falsely arrest Miss Everard, 33, for breaking Covid rules before raping and murdering her

‘Over the past two weeks I have tried to rebuild trust and confidence in my work as York and North Yorkshire’s Police, Fire and Crime Commissioner.

‘I needed to do that following comments I made on an interview with Radio York regarding the horrific abduction, rape and murder of Sarah Everard.

‘I need to be clear. I apologise unreservedly for my remarks. They do not reflect my views.

‘I misspoke and I am devastated at the effect that this has had on victims of crime and the groups that support them. I have tried to say this again and again but I recognise that what I have said has not always been heard as I intended.

‘I had hoped I could rebuild trust, to restore confidence. I was pleased that so many victims groups had accepted that I was genuinely sorry and were willing to work with me to help me in the mammoth task I had ahead.

‘Following this morning’s meeting of the Police and Crime Panel it seems clear to me that the task will be exceptionally difficult, if it is possible at all. It would take a long time and a lot of resources of my office and the many groups who do excellent work supporting victims.

‘This is time victims do not have. There are women and girls in York and North Yorkshire today suffering at the hands of men. Victims and the groups who support them need to be heard. They cannot be heard if the airwaves are filled with discussion about my future.

‘That is why I am doing the honourable thing and resigning as Police, Fire and Crime Commissioner – to restore confidence in the office which I believe will be almost impossible for me to do, and to enable victims’ voices to be heard clearly without the distraction of the continued furore which surrounds me.

‘I entered public life because I wanted to make a difference. I still do. So, I am committing myself to doing all I can as a private individual to support victims groups. The pledge I made as Police, Fire and Crime Commissioner was genuine. It is one I will keep.

‘I would like to thank my office and especially my Chief Executive for his help and support, especially during the last two weeks which has been a challenging time for everyone at the OPFCC.

‘Whoever the new Police, Fire and Crime Commissioner will be I wish them every success in what is one of the most demanding but rewarding jobs in the UK.

After working for IT company Schneider, he founded his own PR and B2B marketing agency, Allott and Associates Ltd in 1993.

Mr Allott began his political career at 25 when he became a Harrogate District Councillor.

Over nine years, he chaired a number of committees including Leisure, Environmental Health and became leader of the town council’s Conservative Group.

He also stood for Parliament as a Conservative candidate in Halifax in 2010 and 2015.

Elections are now set to take place in the coming months to determine Mr Allott’s successor.

‘Further announcements will be made by the Panel in due course.

‘In the meantime, the staff of the Office of the Police, Fire and Crime Commissioner for North Yorkshire and York will continue to work to protect communities, support victims and keep residents safe and feeling safe.’

‘Prior to Thursday’s Police & Crime Panel meeting to discuss the PCC’s future I believe the PCC has lost trust of women and victims groups & should go – I have communicated this to the PCC & panel Chair.’

Mr Allott made the comments during an interview on BBC Radio York and were branded ‘horrifically offensive’ by critics.

During the interview, host Georgey Spanswick asked: ‘How on earth do my stepdaughters, me, my friends, how do we protect ourselves now?’

Mr Allot said: ‘A police officer can’t just arrest you. There has to be a reason.

‘So, Covid for example I would classify as a summary offence, it’s not an indictable i.e. sent to prison or potentially go to a Crown Court.

‘She should never have been arrested and submitted to that.

‘Perhaps women need to consider in terms of the legal process, to just learn a bit about that legal process.’

His comments were challenged by host Spanswick, who said: ‘Why is it down to me Philip? Why is it down to women because actually, this is down to one man in the police force and there are serious doubts about this man’s conduct?’

He later issued an apology for his remarks.

On Twitter, he said: ‘I would like to wholeheartedly apologise for my comments on BBC Radio York earlier today, which I realise have been insensitive and wish to retract them in full.’

Tory chairman Oliver Dowden said he and Boris Johnson had been ‘outraged’ by the comments from Mr Allott.

Asked about the comments last week Mr Dowden told Sky News: ‘The Prime Minister and I were outraged by what he said. It was completely unacceptable.

‘I have been very clear in condemning it but I know the Prime Minister shares that view.

‘He (Allott) did immediately apologise and I think that’s appropriate for him to do so.’

Asked whether Mr Allott would be able to stand again for election to the role, Mr Dowden said ‘I’m not going to pre-empt the selection process.

‘The Prime Minister and I profoundly disagreed with what he said, it was a stupid thing to have said and he has rightly apologised for it.’ 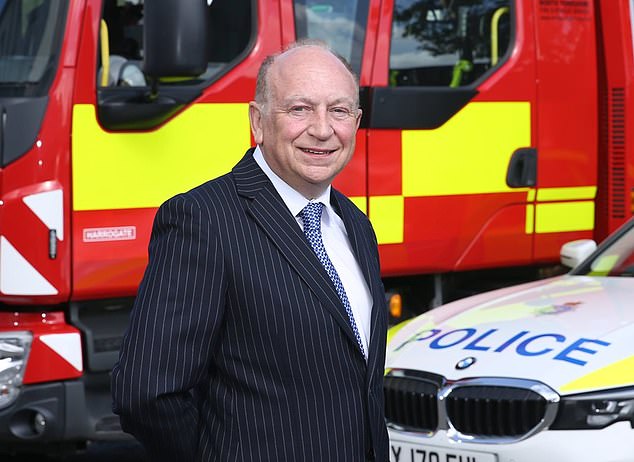 Mr Allott received a furious backlash on social media, with some users calling for him to resign.

Labour MP Barbara Keeley described the comments as ‘appalling’, tweeting: ‘A murder victim like Sarah Everard is not to blame for what happened when she was arrested by a serving Met officer.’

Before moving to London, 33-year-old Sarah Everard was originally from York, the area covered by Mr Allot’s force, and her family still lives there.

Lucy Arnold, of campaign group Reclaim the Streets, who organised a vigil for Ms Everard outside York Minster, was among those angered by Mr Allott’s comments.

She said: ‘I think frankly that was a horrifically offensive thing to say. Does anyone really feel like they can stand up to a police officer?

‘I am very confident I know my rights, I know the law, but no I wouldn’t feel confident at all.’ 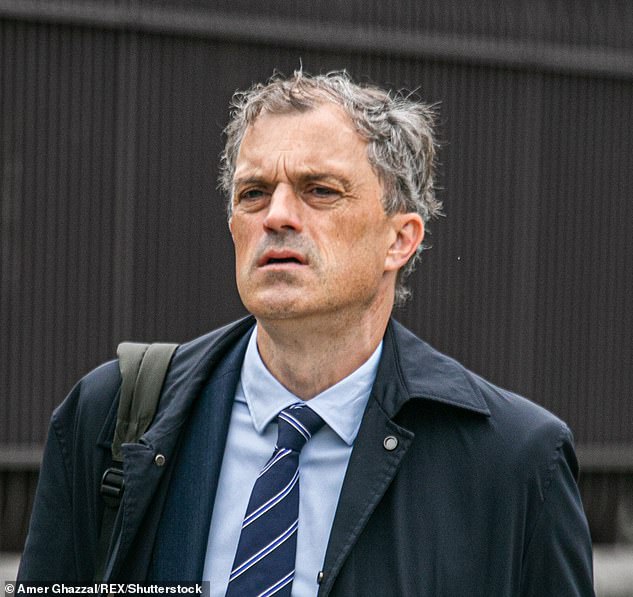 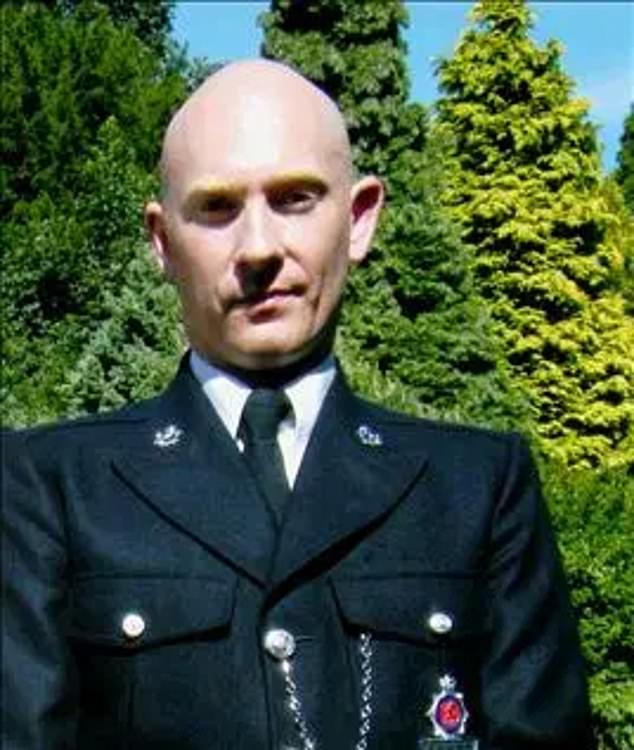 Wayne Couzens used his position as a Metropolitan Police officer to falsely arrest Miss Everard, 33, for breaking lockdown rules before raping and murdering her

In his earlier interview, Mr Allot was critical of the Met Police’s handling of reports about Couzen’s behaviour leading up to the murder.

He said: ‘A murderer typically commits seven crimes before going on to murder, that man we know committed at least two crimes.

Taiwan won't start a war with China but will defend itself 'full on,' say defense minister
Technology