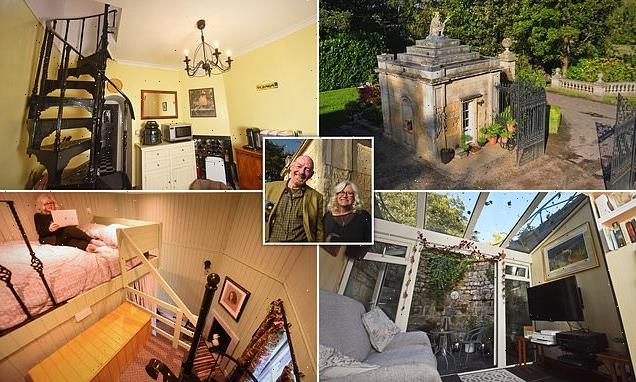 Measuring just 13ft square, it is what estate agents usually describe as ‘bijou’.

But the owners of this quirky house are hoping size won’t matter to prospective downsizers. For the UK’s smallest detached home has been put up for sale for £235,000.

Located in Grimston Park in North Yorkshire, it measures just 13ft square above ground, where the only bedroom and a sleeping platform are.

Spiral staircases lead down to the kitchen, bathroom and a living room – which is topped by an impressive glass ceiling – and even a small courtyard.

And if that’s not enough, buyers will be right in the heart of the historic estate, which dates back to 1086 and has played host to monarchs including James I and Queen Anne of Denmark. 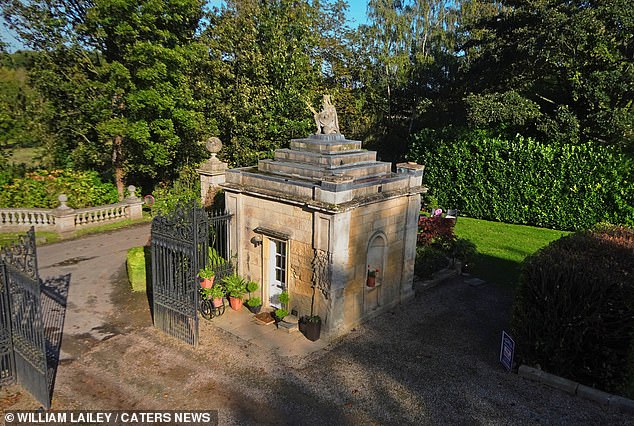 The exterior of the smallest detached home in the UK which is up for sale for £235,000 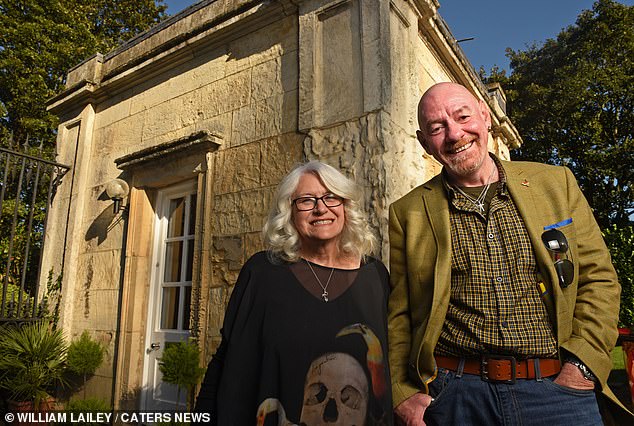 Owners, Debra Bowman (left), 60, and Dave Bowman (right), 61, are selling the quirky home after living there for over 20 years 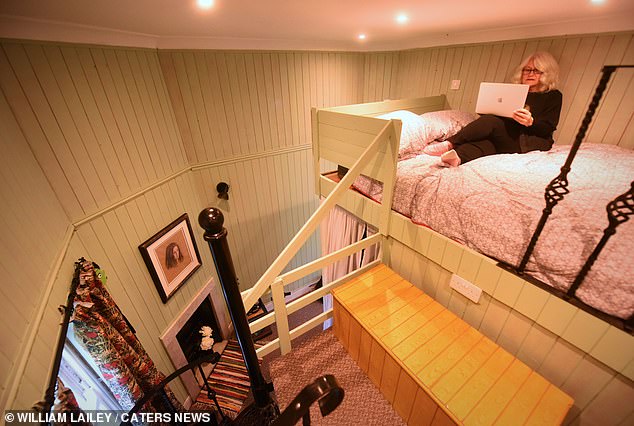 The house itself is slightly more modern, having been built as one of two identical gatehouses in the early 19th century.

Debra Bowman, 60, who bought the house with her 61-year-old husband Dave, said that moving there was ‘one of the best decisions I have ever made’.

The retired energy worker added: ‘Whoever the new owners are, they are certain to love the property.

‘It is a country estate which makes you feel like you are in the middle of nature, but you are only 20 minutes either way to York or Leeds. It also takes only 30 minutes to clean and who could complain with that!’

The couple, who bought the house in February 2000, are separating and selling up for their individual retirements.

Mrs Bowman said that she ‘fell in love’ with the house and loved hosting barbecues and parties for relatives and neighbours in the surrounding 15 houses.

She added: ‘[We] formed a beautiful alliance during the lockdowns and helped each other out with shopping, often becoming a real lifeline for each other. Whoever moves in next will have a lovely community around them.’

Jonathan Turley: Alec Baldwin shooting – what are the criminal and civil liabilities?
Technology