Investigators are looking into a fire set at a Connecticut mosque as a possible arson attack, which would make it the latest in a string of attacks on houses of worship.

The blaze was reported at the Diyanet Mosque in New Haven on Sunday.

“In conducting the investigation, we’ve detected that there is intent in this fire. This was intentionally set,” New Haven Fire Department chief John Alston said at a news conference Monday.

The local chapter of the Council on American-Islamic Relations (CAIR-CT) released a statement saying that the fire started on the building’s first floor and spread up to the second level. The building is currently under construction, the statement said.

“Given recent attacks on houses of worship in this country and around the world, it is incumbent on law enforcement authorities to investigate the possibility of a bias motive for this arson,” said Tark Aouadi, the executive director of CAIR-CT.

The incident comes in the wake of multiple attacks against houses of worship targeting people of multiple faiths. In March, attacks on two mosques in Christchurch, New Zealand, killed more than 50 people. In April, a gunman opened fire at a San Diego synagogue, killing one person and injuring others, and the suspect was subsequently tied to a possible arson attack the month before at a mosque in Escondido, California .

There has also been a string of fires set at historically black churches in Louisiana. 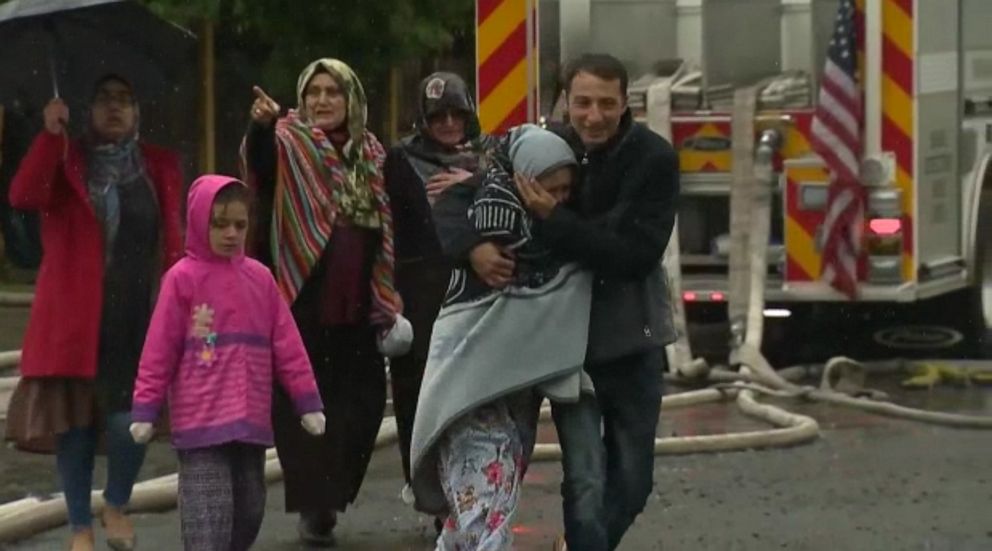 This most recent incident unfolded Sunday afternoon, with calls coming into the fire department shortly after 2:00 p.m.

Alston said that while it wasn’t immediately clear if anyone was inside, first responders were able to confirm that everyone was out of the building.

He said that the building is currently uninhabitable and the investigation is underway. As is customary in cases involving arson at houses of worship, the FBI, the Bureau of Alcohol, Tobacco, Firearms and Explosives, as well as state and local officials, are involved in the investigation, Alston said.

Alston would not reveal what piece of evidence indicated that the fire was intentionally set, but he did reiterate that investigators believe that to be the case.

There is a reward for up to $2,500 for information leading to an arrest, conviction, or prevention of arson fire.

“I find an attack like this is especially hurtful and hateful when you attack an institution for what people believe, when you attack a religious house of worship,” Gov. Ned Lamont said at Monday’s news conference.

Lamont said that he has spoken with the mosque’s Imam who said that other houses of worship have offered to help, especially as Muslims celebrate the holy month of Ramadan.

“What I heard here from the folks at this mosque is, they welcome the help but they want to worship right here at this place, and we’re going to do everything we can to make that possible,” he said.