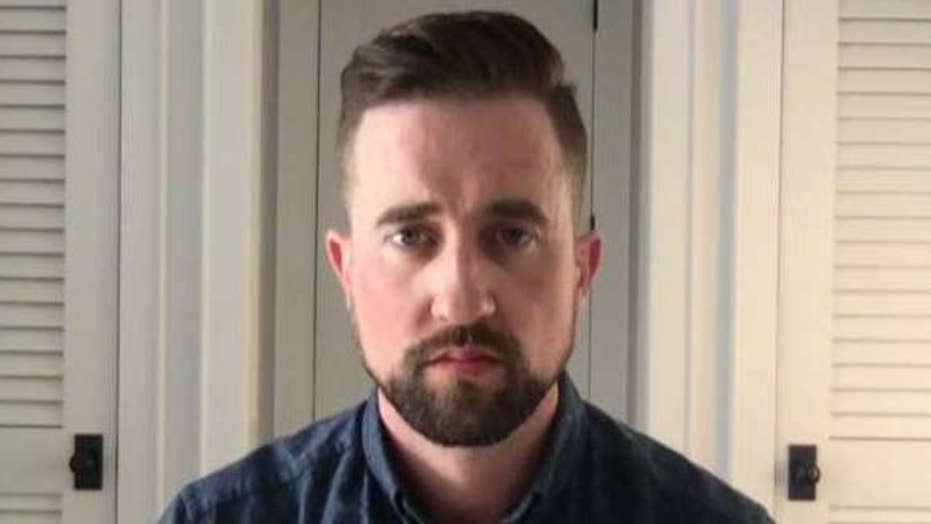 Fox News Flash top headlines for May 19 are here. Check out what’s clicking on Foxnews.com

A survivor of the 1999 Columbine school massacre who went on to become an advocate for fighting addiction was found dead at his Colorado home on Saturday, officials said.

Ryg added there were no signs of foul play. A Monday autopsy was planned to determine the cause of death. 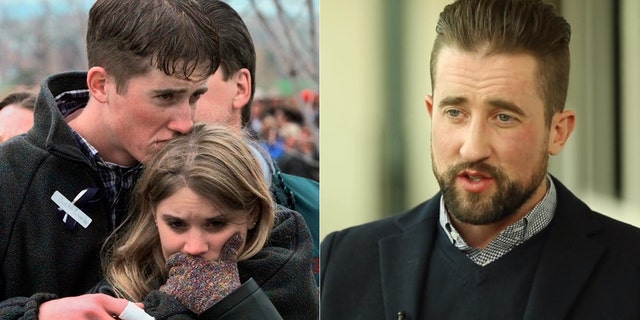 Austin Eubanks, seen left in a April 25, 1999 photo, a survivor of the 1999 Columbine school shooting and later became an advocate for fighting addiction has died. Eubanks recently spoke about battling addiction ahead of the 20th anniversary of the massacre.
(AP Photo/Bebeto Matthews/FOX31)

Eubanks was shot in the hand and knee alongside his best friend Corey DePooter in the library during the massacre. DePooter, along with 11 other classmates and a teacher, were killed in the shooting rampage.

"I completely disassociated," Eubanks told Fox News host Neil Cavuto last month. "I've always been able to recall everything that happened that day, but it was almost as if I was watching it on television. I wasn't present in my own body."

After the shooting, Eubanks became addicted to drugs after taking prescription pain medication while recovering from his injuries.

Austin Eubanks shares his story, 20 years after the tragedy.

"I was prescribed medications for my physical injuries and, immediately, I became drawn to those medications because of how they improved the underlying symptoms of emotional pain," he said during his appearance on "Cavuto Live."

When he got sober in 2011, he said he wanted to make a change, working at an addiction treatment center and traveling the U.S. telling his story.

Twenty years after the Columbine shooting, survivors reflect on how the tragedy changed their lives forever.

"When I finally decided to do whatever it took to recover, I knew it meant changing everything about my life. And so I walked away from a career in advertising, I went back to school to study addiction, I finally got my foot in the door working part-time for a treatment center," he told FOX31 last month ahead of the 20th anniversary of the massacre. "And so I went down and took all of the negative influences out of my life, and I replaced them with people, places and things that held me accountable for being the best version of myself."

Eubanks, who has sons ages 9 and 13, told the Associated Press last month he laments that active-shooter drills, video surveillance and armed guards are all too routine for them — as natural as a tornado drill was for him growing up in Oklahoma.

Survivors of the Columbine shooting are reflecting on how the massacre changed their lives as the 20th anniversary approaches.

“We are so unwilling to actually make meaningful progress on eradicating the issue,” he told the AP at the time. “So we’re just going to focus on teaching kids to hide better, regardless of the emotional impact that that bears on their life. To me, that’s pretty sad."

While Eubanks' cause of death has not yet been determined, a family spokesperson told FOX31 he "lost the battle with the very disease he fought so hard to help others face."

"Helping to build a community of support is what meant the most to Austin, and we plan to continue his work," the family told FOX31. "As you can imagine, we are beyond shocked and saddened and request that our privacy is respected at this time.”

Bitcoin Volatility May Be An Indicator Of Upward Price Trend
Technology