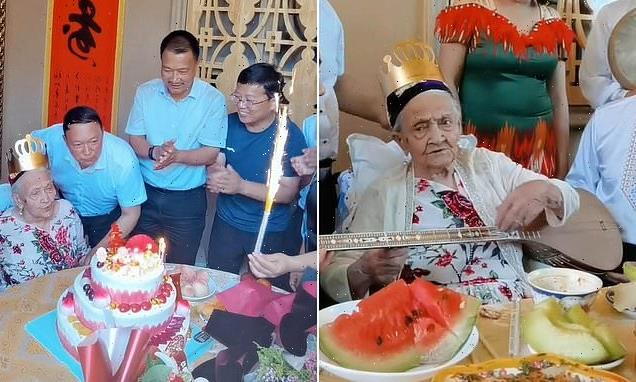 World’s ‘oldest person ever’ dies ‘aged 135’: Chinese woman said to have been born in 1886 passes away at her home

China’s oldest person, who is also claimed to be the oldest person ever, has died at the age of 135 in her local township.

According to the county’s Publicity Department, Seyiti was born on June 25, 1886, during the imperial Qing dynasty.

If true, this would have made her the oldest person ever, though this has not been internationally confirmed. 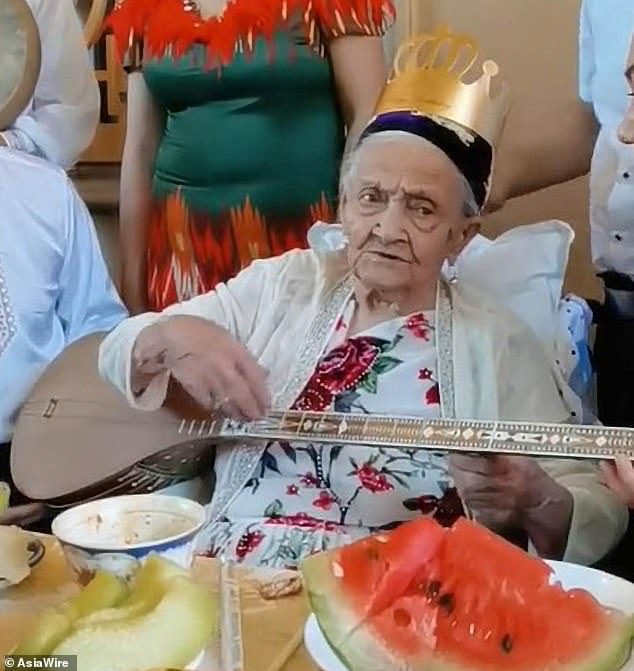 China’s oldest person, Alimihan Seyiti (pictured) has died at the age of 135 at her home in Komuxerik in Shule County in the north-western Xinjiang Uygur Autonomous Region 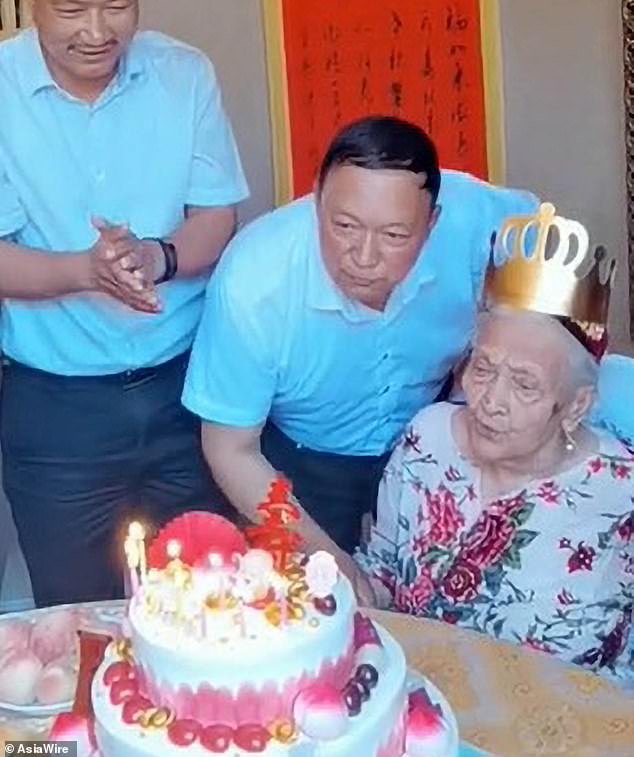 According to the county’s Publicity Department, Seyiti was born on June 25, 1886, during the imperial Qing dynasty – though this has yet to be internationally confirmed

She married in 1903 when she was 17 and adopted a son and a daughter with her husband who passed away in 1976, and went on to have 43 grandchildren and great-grandchildren.

The China Association of Gerontology and Geriatrics reported that she was the country’s oldest living citizen in 2013.

Until her death last week, the super-centenarian reportedly led a simple life and enjoyed her daily routine of always eating on time, helping to look after her great-grandchildren, and sunbathing in her garden.

However, the 135-year-old woman is not the only citizen in the region to have enjoyed an unusually long life. 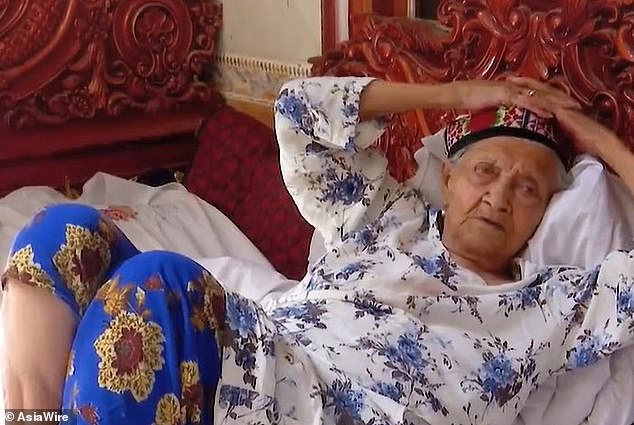 She married at the age of 17 before adopting a son and daughter, who provided her with 43 grandchildren and great-grandchildren 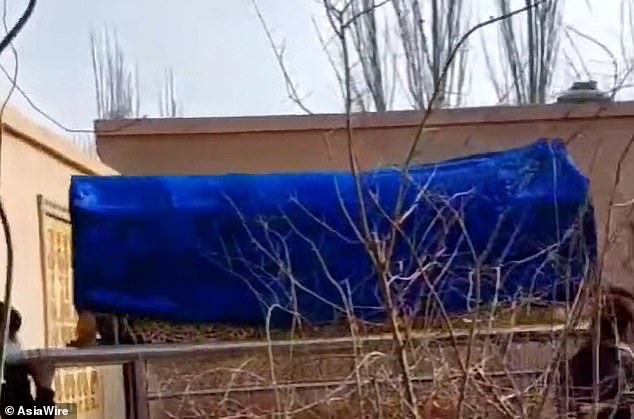 Komuxerik has been dubbed ‘longevity town’ by local residents and boasts many OAPs aged 90 or over, according to local reports.

Improved health services is one factor for residents living longer after the regional government provided free annual check-ups, a home doctor service, and monthly benefits for citizens aged 60 and over.

Although the Chinese government claimed the woman was 135 years old, her age was never internationally verified, according to reports.

Guinness World Records confirmed that it had never been asked to verify the woman’s age independently, and Jeanne Calment from France, who died in 1997 aged 122, is still listed as its longest-living person.

The oldest known living person who has been verified is Kane Tanaka from Japan, who turns 119 years old on 2nd January.