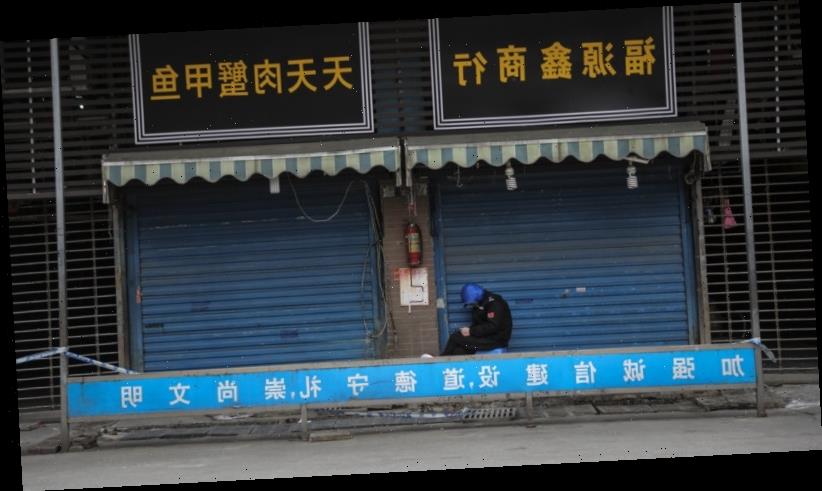 Beijing: One of China's top scientists has defended the country's delays in raising a global alarm in the early days of the coronavirus outbreak, saying officials were initially unsure whether the pathogen was infectious among humans because close contacts of the first patients didn't appear to fall sick.

In the first days of 2020, after the mysterious pneumonia cluster emerged in the central Chinese city of Wuhan, Chinese experts quarantined 700 close contacts of the first patients – including 400 medical workers that tended to them – but none showed signs of illness. 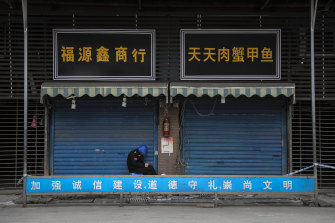 The Huanan Seafood Wholesale Market has been linked to the initial outbreak of COVID-19, but Chinese authorities suggest it is not the true source of the virus.Credit:Getty Images

This led experts to hold off on concluding the coronavirus was transmissible among humans, said Liang Wannian, a senior official at the National Health Commission who oversaw China's virus response until September.

"At the beginning of January, none of the two dozen cases – and later increased to four dozens – fit those criteria," said Liang in an interview with Bloomberg in Beijing. "Our call at the time was that there was no clear evidence for human-to-human transmission."

It wasn't until January 20 that China confirmed the virus can be passed on among humans, after some of the medical staff became infected. By then, the situation had spiralled out of control: days later, Wuhan and the broader Hubei Province were forced into a draconian lockdown as infections surged and hospitals became overwhelmed.

China has faced heavy criticism for those lost days. The initial downplaying of the severity of the pathogen's threat allowed COVID-19 to rapidly leap across borders to become a pandemic that has infected more than 86 million people and killed over 1.8 million. 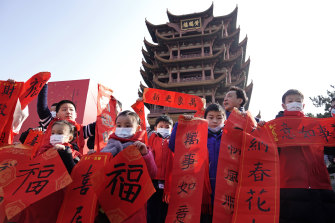 At the beginning of 2020 Wuhan was the centre of the viral outbreak but with no recorded community transmissions of COVID-19 in Wuhan since May, life for many has returned to normal. Credit:Getty Images

It's now understood that many COVID-19 patients are asymptomatic, which may have accounted for why quarantined close contacts of those first patients did not seem to fall ill.

Liang's comments are the most detailed public statements yet from top Chinese officials at the time describing circumstances at the start of the crisis.

Some governments, however, acted much faster than China. Taiwan dodged a major outbreak by imposing border controls and other strict curbs in January.

Taiwanese health officials visited Wuhan early on and noticed that some among the first patients had no relation to the wet market suspected as the place where people were getting infected. This led them to conclude human-to-human transmission was occurring.

Faced with global acrimony, China has sought to shift the narrative over the virus's origins, with state media and government officials pushing the possibility that the pathogen didn't emerge solely in the Asian country.

Liang, a public health veteran who also oversaw Beijing's response to the SARS outbreak in 2003, echoed the theory.

He said that while much speculation focused on wild animals at the market serving as an intermediary host to the virus that was then passed to humans, most of the earliest patients were merchants selling seafood there.

"Our hypothesis was that they were mostly selling animals or meats, but that wasn't the case," Liang said. "We need to study where the virus at the Huanan Seafood Market came from: Is it from animals or from other goods transported through cold chain or carried in by people? The market is probably not at the beginning of the chain."

The lack of any definitive solutions to the mystery has fed into the political divisions created by the pandemic, particularly between China and the US. The Trump administration has claimed that the virus was leaked from the Wuhan Institute of Virology, where many coronaviruses have been studied – a scenario Liang said has "zero per cent" chance of being true.

China's actions haven't helped dispel the mistrust. Representatives and scientists from the World Health Organisation visited Wuhan in January and February, but were barred from entering the Wuhan market to conduct investigations.

The difficulties have continued, with WHO Director-General Tedros Adhanom Ghebreyesus saying on Tuesday that China has delayed the travel of experts sent to the Asian country to investigate the virus's origins. Chinese officials haven't yet finalised permission to allow the WHO team to enter the country, despite months of negotiation and planning.

Liang said during the interview that the WHO's investigation would "begin very soon" in China. Among the work that will be done will be analysing the data and samples taken from the market in Wuhan in early 2020, before it was thoroughly disinfected.

Liang, who left his job at China's National Health Commission in September and joined the newly founded Vanke School of Public Health at Tsinghua University in Beijing, rejected assertions that the country has not been forthcoming enough.

Yet he acknowledged that a lack of international exposure among many of China's public health and clinical physicians can get in the way of effective communication."We should step up efforts to cultivate talents and capabilities to familiarise them with international rules and enable them to communicate" and be better understood, Liang said.

Lockdown measures have meanwhile been reimposed in the northern Chinese province of Hebei, where coronavirus cases have more than doubled. 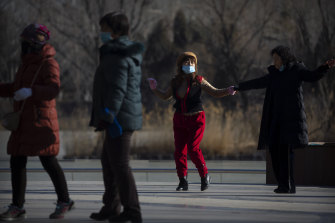 People wearing face masks to curb the spread of the coronavirus dance at a public park in Beijing, as parts of the neighbouring Hebei province have been classified a coronavirus high danger zone.Credit:AP

Hebei is adjacent to Beijing, the host city of the 2022 Games, and some of the Olympic events are scheduled to be held in the Hebei capital of Shijiazhuang.

The National Health Commission on Thursday announced 51 new cases had been confirmed in Hebei province, bringing the total to 90 since Sunday. Most have been in Shijiazhuang, although cases have also been recorded in the city of Xingtai. China only counts symptomatic cases in its figures.

Authorities have also imposed similarly tight measures in the cities of Shenyang and Dalian in Liaoning province just to the north.

Wary of a new wave of infections, China is discouraging travel over next month’s Lunar New Year holiday and beginning school holidays a week early.