Chile’s Congress passed a law to legalize same-sex marriage on Tuesday in a milestone for the conservative South American nation after a decade-long legal battle and with the country delicately poised ahead of a crossroads election this month.

‘Today is a historic day, our country has approved same-sex marriage, one more step forward in terms of justice, in terms of equality, recognizing that love is love,’ Minister of Social Development Karla Rubilar said after the vote.

Chile’s Senate and lower house of parliament both voted heavily in favor of the bill on Tuesday, which had previously been partially approved in November before the Senate sent it back to a committee to clarify ambiguities.

Current President Sebastian Pinera, who will leave office in March, has backed the bill and is expected to sign it into law. 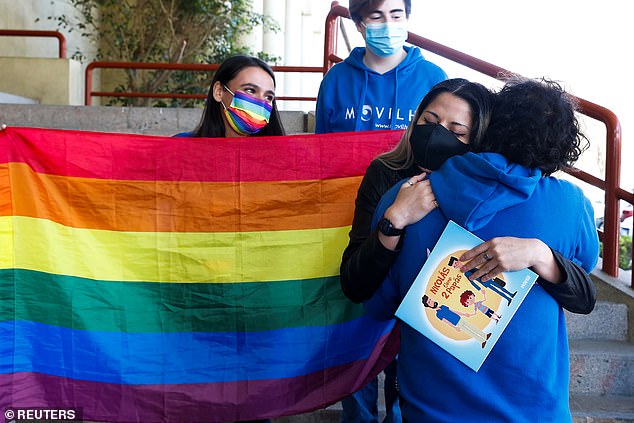 People embrace outside the Congress as the Senate vote to approve a same-sex marriage bill in Valparaiso, Chile, on Tuesday. The South American nation becomes the seventh country to legalize same-sex marriage in Latin America 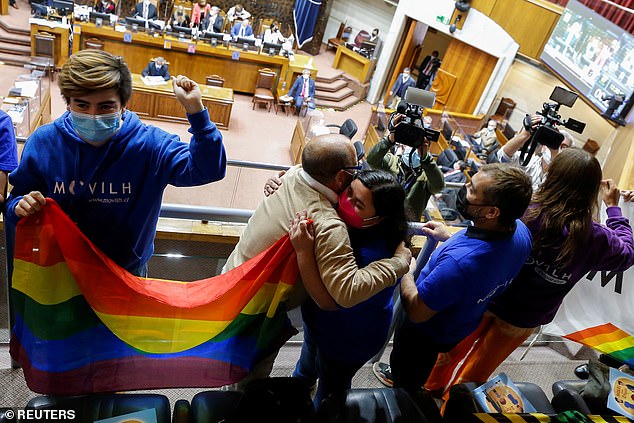 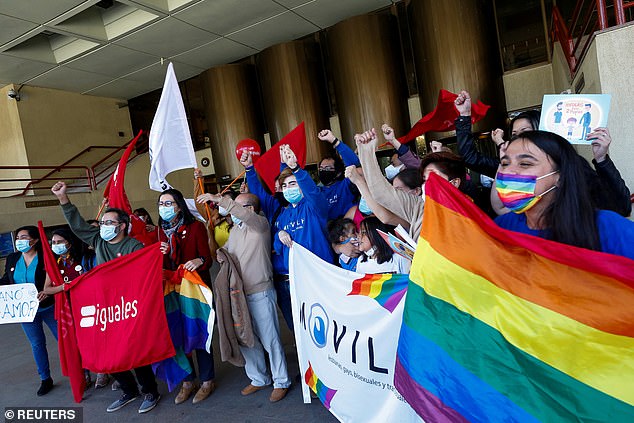 Chile’s same-sex bill received the backing of 82 members in Congress on Tuesday, while 20 voted against it and three abstained

The bill received the backing of 82 members in Congress while 20 voted against it and three abstained.

The vote culminates a process that began in 2017, when the first bill was introduced, backed by then-President Michelle Bachelet.

The union between people of the same-sex is also legal in 24 Mexican states while eight other states require an injunction for the marriage to become valid.

‘It is hard to believe that today we are taking this step,’ said Rolando Jimenez from LGBT rights group Movilh, one of the major backers of the bill and which helped spearhead Chile’s push to legalize same sex marriage for more than a decade. 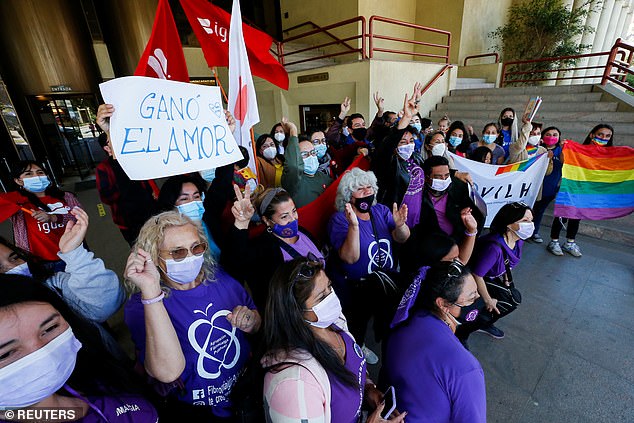 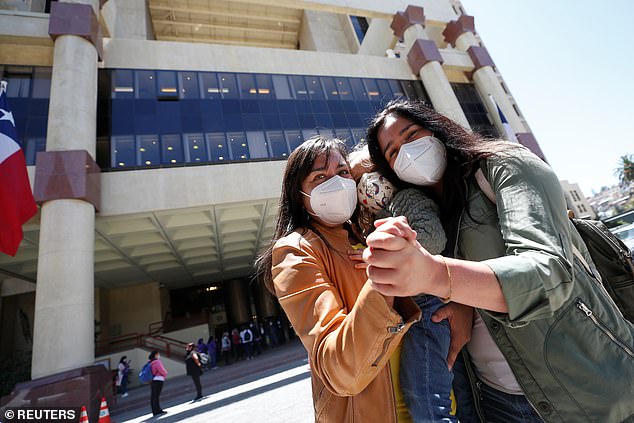 A couple hold hands outside Congress in Valparaiso, Chile, on Tuesday after learning that the Senate had approved a same-sex marriage bill

The two offer wildly different visions for the country’s future.

While Kast disagrees with same-sex marriage, he had said he would have signed the bill into law anyway had it been passed by Congress during a potential presidency of his. 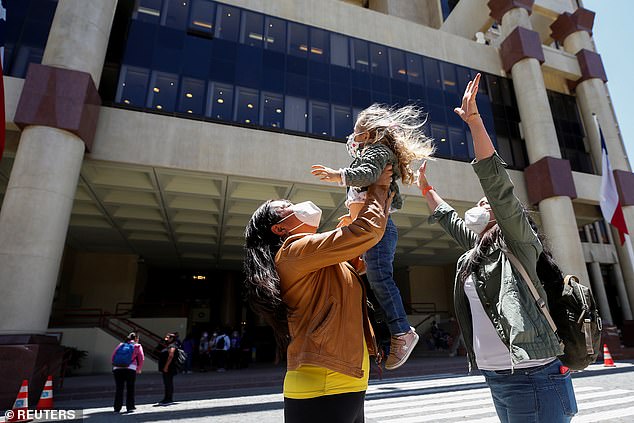 Chile has long had a conservative reputation even compared with its deeply Catholic Latin American peers. Still, a strong majority of Chileans now support same-sex marriage and Chileans have shown signs of moving left on social and cultural issues in recent years.

Civil unions have been permitted in Chile since 2015, which affords same-sex partners many but not all the benefits of married couples, like the right to adoption.