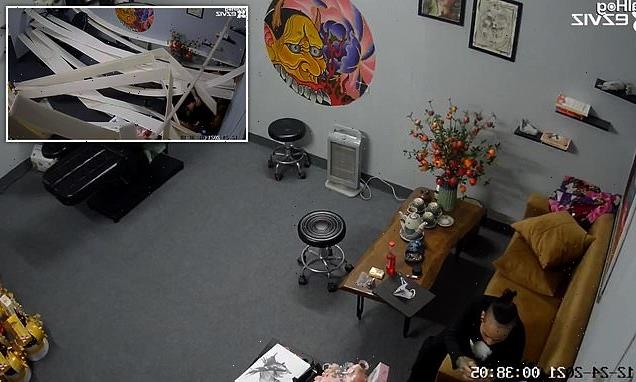 Ceiling collapses on unsuspecting Vietnamese man relaxing on his sofa

This is the heart-stopping moment a man’s ceiling fell down on him while he was relaxing on the sofa.

The footage, captured on December 24 by CCTV in Hanoi in the Red River Delta region of Vietnam, shows 15 long ceiling panels come crashing down on an unsuspecting man.

An ominous crashing and breaking sound starts, and the man – who appears to be sat in his workplace – looks up at the ceiling. 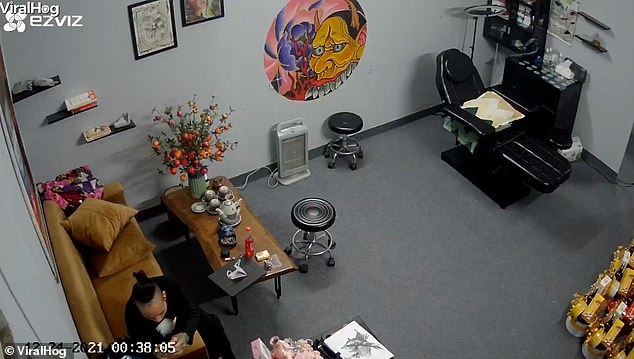 A man sits in his workplace in Hanoi, in the Red River Delta region of Vietnam, relaxing on the sofa – totally unaware of the impressive ceiling collapse that is about to occur

Suddenly, panels of the ceiling come crashing down all around, engulfing the man and leaving him totally obscured by white.

The woman who posted the video said: ‘My husband was sitting in the room and suddenly the ceiling was collapsed.

‘Luckily, no one was hurt in this case.’

Another ceiling collapse was caught on CCTV in June 2020, in in Ben Tre, Vietnam. On this earlier occasion, a boy is shown enjoying time at his computer, when a huge bucket of water smashes through the ceiling.

The container lands right next to his chair as metal roofing and water crashes down.

His family come to the room and look around at the destruction caused by the collapsed roof.

RematicEGC is Bridging the Gap between Crypto and the Public Sector