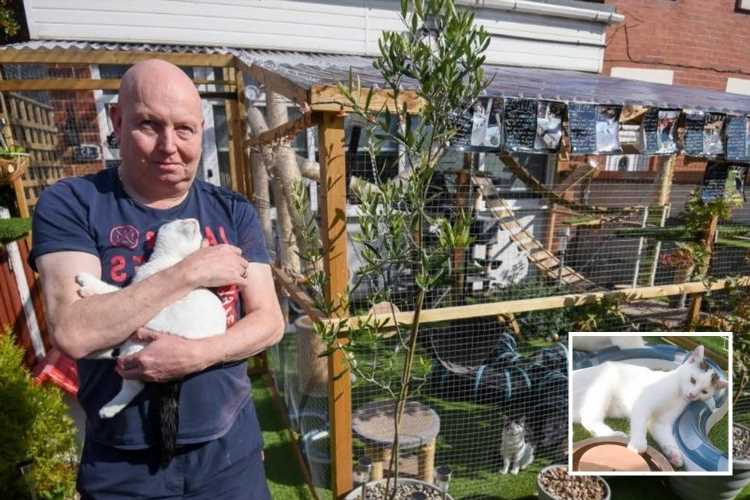 Cat-loving couple who built massive £1,500 jungle gym for their beloved pets fear it will be torn DOWN after complaints

A COUPLE who built a giant jungle gym in their front garden for their ten cats fear they will have to tear it down – as they don't have planning permission.

Lorraine and Adrian Marshall built the enormous £1,500 'catio' in their front garden in June after losing three pets to road accidents outside their home. 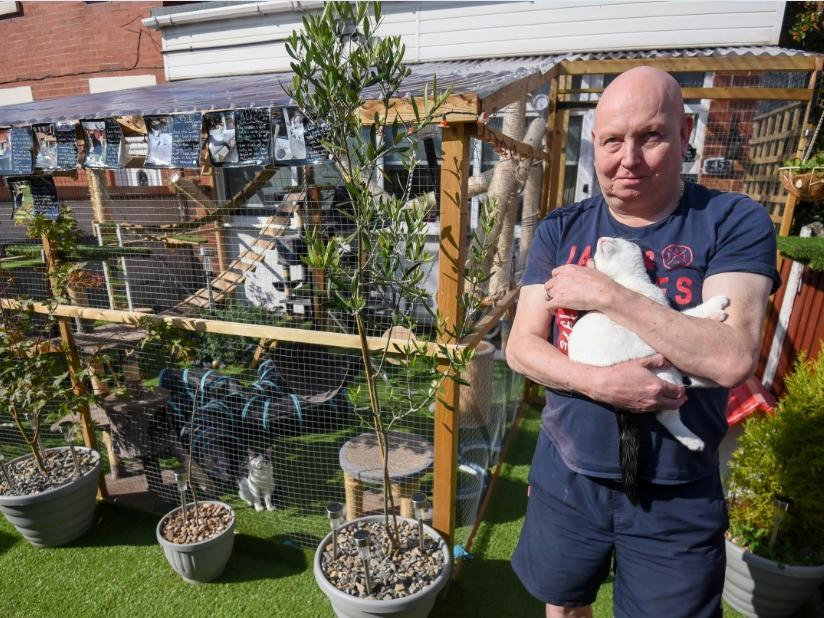 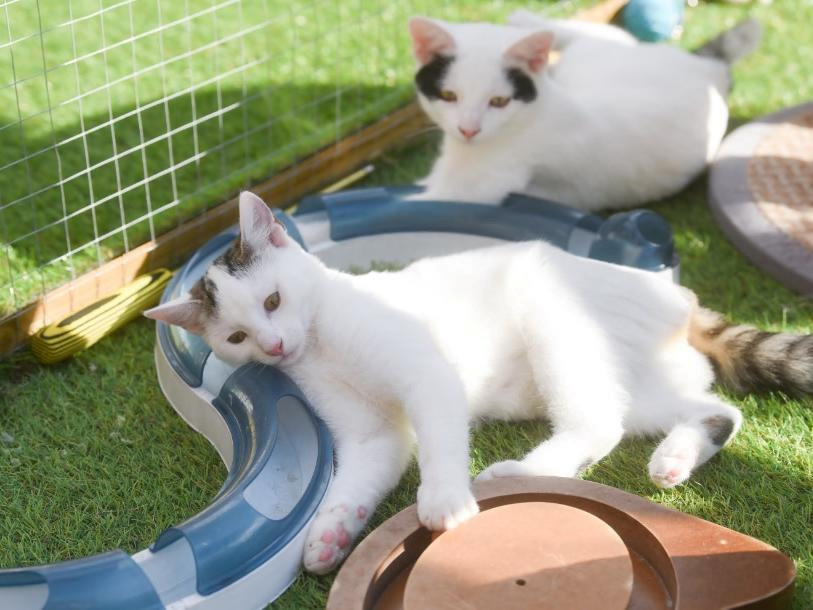 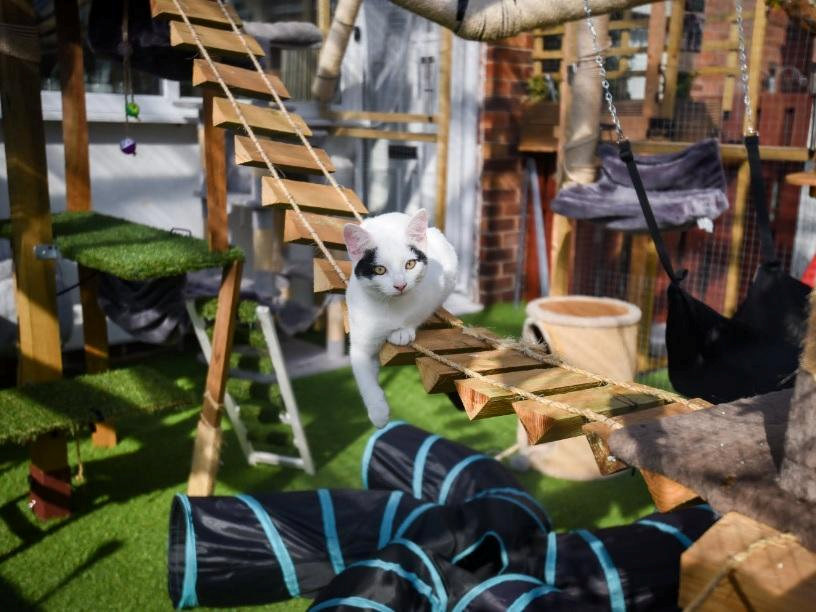 But the Blackpool couple may be forced to tear down the vast 8ft structure – after neighbours complained to the council.

They were visited by a Blackpool Council planning enforcement officer earlier this month and told that because they had not obtained planning permission for the structure it would have to come down.

Lorraine, 42, said: "I was heartbroken. How can I tell the cats that they can't use it? It's soul-destroying.

''We spent so much time on it, and the cats love it. If it has to come down, it will devastate us – I just don't know what I will do.

"The cars fly down here, and it's a really busy street. I can't let the cats out on the road.

''I'd have to keep them in and that, to me, is cruel after we've let them out in this space. It's not healthy for them. They need fresh air."

Lorraine and Adrian lost their first cat, one-year-old Charlie, to a speeding car outside their home in 2006. In 2014, 14-year-old Alfie was also mowed down, and four-year-old Phoebe was killed in October 2020.

Lorraine and Adrian, 60, enlisted the help of a landscape gardener from Furry Tails feline welfare on Stockydale Road to build the catio, which was inspired by the Jungle Jim's play area at Blackpool Tower.

The structure, which is made of wood and chicken wire, forms an enclosed area where cats Winston, Molly, Ollie, Peanut, Freddy, Mia, Toby, George, Chester and Kevin can play without fear of being hit by cars or picked up by opportunistic cat-nappers.

"We didn't think we had to do a planning application because it's not a permanent structure and it's not an extension of our house," Lorraine said.

"I said I was sorry and that I would apply for permission, but the planning enforcement officer said they were going to knock it down anyway.

"He didn't give us a reason why. He just said they had received a complaint about it, and that we should've put in a planning application."

The couple has set up an online petition calling for support as they hope to prevent the catio from being torn down, and have amassed more than 800 signatures.

According to Blackpool Council, planning permission is necessary for a wide range of developments including extensions and minor alterations to some buildings.

However, some minor alterations and extensions can often be carried out without the need for planning permission.

These are known as permitted developments.

A council spokesman said: "We have visited and spoken to the Mr and Mrs Marshall. We advised that the structure built in the front garden does require planning permission and this can be applied for retrospectively.

"We have also said that we would be happy to meet the owners again at the property to see if there is a suitable alternative."

This Is The Cheapest State To Run A Business
Technology