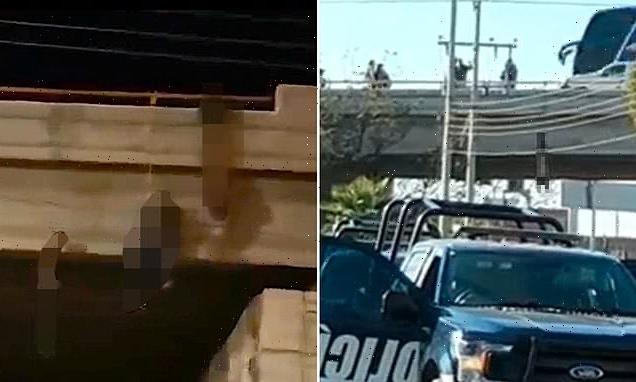 Authorities in the central Mexican state of Zacatecas found nine bodies hanging from a bridge and a tenth body nearby on the road of a highway on Thursday.

The gruesome discovery was initially made by residents in the Zacatecas municipality of Cuauhtémoc around 6am local time before police was contacted, Mexico’s TV Azteca Noticias reported.

The bodies were removed from the overpass around 10am.

A local officials, according to Reuters, attributed the killings to a dispute between criminal gangs that operate in the area.

An ‘intense investigation’ was ongoing, the local government said. 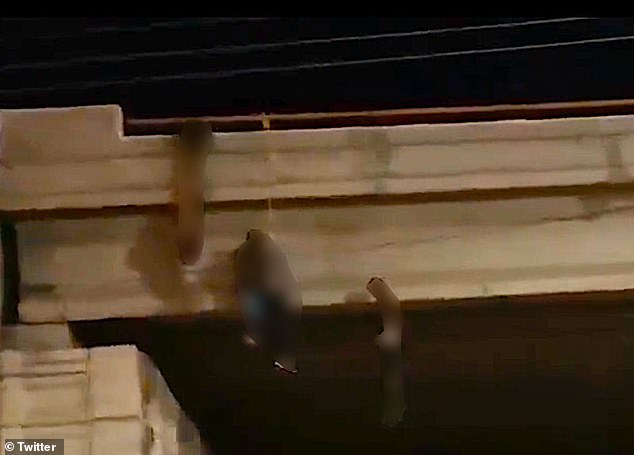 Three of the nine bodies that were found hanging from a bridge in Zacatecas, Mexico, on Thursday morning. State officials told Reuters that the incident may be linked to feuding criminal organizations. No arrests have been made 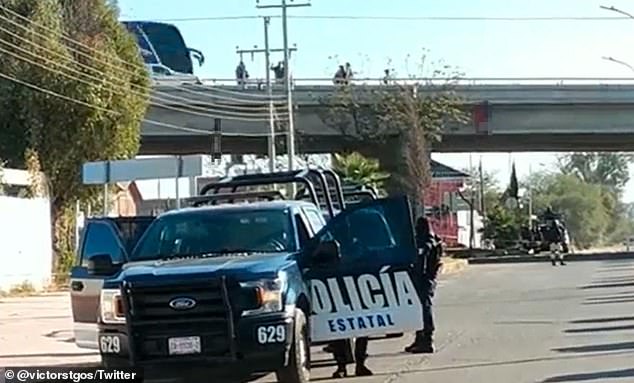 No arrests had been made been as of Thursday afternoon.

Most of the victims were identified as residents of Cuauhtémoc, TV Azteca Noticias reported.

Family members whose loved ones were killed in the latest chapter of Mexico’s criminal organization warfare called on the government to provide additional security in the city.

‘It’s even scary, it’s scary to go out at night,’ said another resident of the small town with a population of 6,660. ‘You have to go to sleep early and every night there is noise, motorcycles, screaming, things like that.’

Thursday’s gruesome findings comes after authorities also discovered three bodies hanging from a bridge in the city of Fresnillo, 68 miles from Cuauhtémoc. 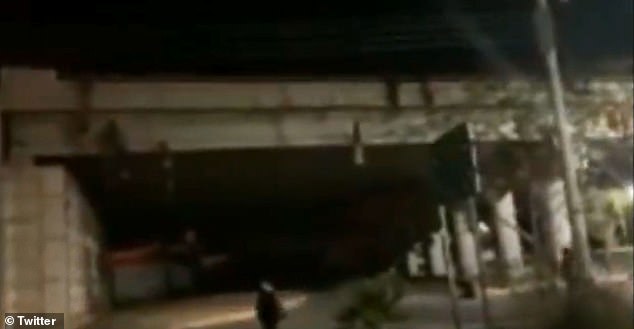 Gang-related violence in some parts of Mexico has intensified recently, including in the popular tourist zones of Quintana Roo state.

President Andres Manuel Lopez Obrador said on Wednesday that National Guard troops will permanently deploy to Cancún and the surrounding area following an uptick in violent incidents, including the deaths of two tourists in the resort of Tulum who were caught in gang crossfire.

As of September, 21,495 people had died from violence linked to criminal organizations this year, an average of almost 2,400 per month, according to the government.