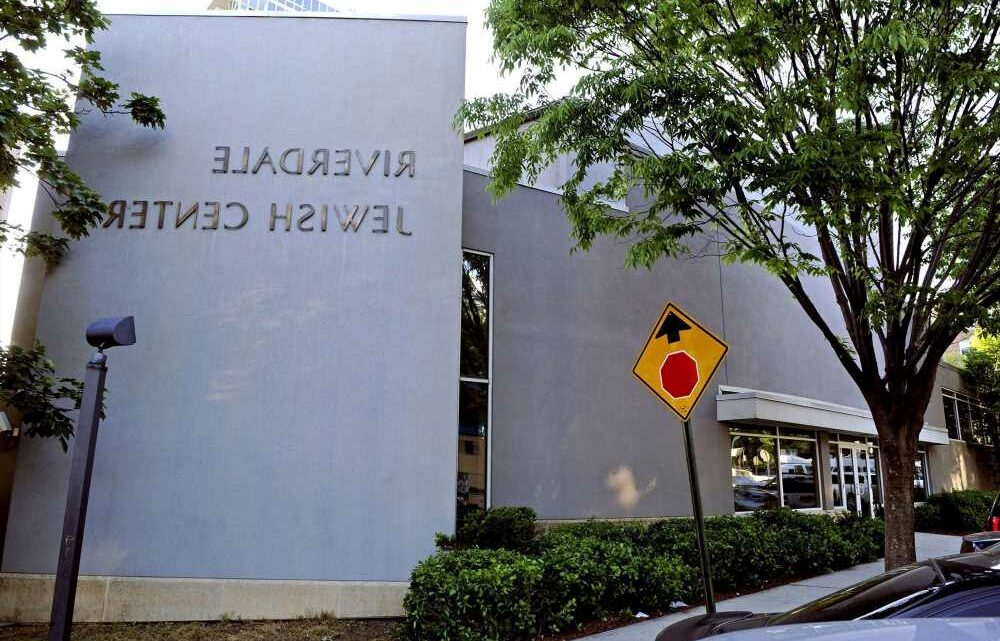 Can therapy ease the trauma of US racist attacks and systemic racism?

A Bronx judge went rogue on Sunday and set $30,000 bail for the alleged vandal charged with terrorizing Riverdale’s Jewish community — even though the man was set to be sprung under the state’s new bail reform laws.

Jordan Burnette, 29, was hit with 42 charges, including a number of hate crime-related offenses for smashing windows at various synagogues. But none of them are on the so-called “bail eligible” list, prosecutors noted at his arraignment in Bronx Criminal Court.

“Given the number of attacks, we probably would have asked for substantial bail before January of 2020,” Assistant District Attorney Theresa Gottlieb told Judge Louis Nock.

“The legislature did not include hate crimes in its revision of bail reform and under the law as it exists today, this is not eligible,” she added. “We will not violate the law.”

But that didn’t stop Nock from setting Burnette’s bail at $30,000 for a partially secured bond or $20,000 cash — after ruling that the “shattering of glass” is a violent felony.

“I’ve taken a very close look at the law,” Nock said. “Given the gravity and the number of charges he’s facing, this court is inclined to set bail.”

The judge defied prosecutors after initially demanding Gottlieb to explain why her office wasn’t requesting Burnette, 29, be held on bail, despite his alleged crime spree.

Last month, Nock told lawyers that his hands were “tied” by the law when he released a suspect — with a lengthy rap sheet — following his bust in the hate-crime shoving an undercover Asian cop.

“My hands are tied because under the new bail rules, I have absolutely no authority or power to set bail on this defendant for this alleged offense,” the jurist said at the time.

Attacks that cause no injury are exempt from bail in New York as part of the state’s bail reform that went into law last year — allowing suspects of more than 400 nonviolent offenses to walk free without having to post a dime to ensure their return to court.

Those offenses include most misdemeanors and even some felonies, ranging from criminally negligent homicide to selling drugs on or near school grounds, The Post previously reported.

The charges against Burnette stem from his alleged 11-day reign of terror against the local Jewish community, in which prosecutors said he destroyed synagogue doors and windows, smashed multiple car windows and doused one congregation’s prayer books in hand sanitizer.

Prosecutors said Burnette brought up the Jewish character of the neighborhood without prompting during his arrest, asserting that he was pulled over for biking against traffic “because it’s a Jewish neighborhood.”

The bicycle Burnette was riding turned out to be stolen from one of the synagogues, prosecutors said.

Burnette’s attorney Morgan Everhart was apoplectic over the judge’s unorthodox ruling to keep Burnette behind bars.

“Your honor, according to the bail law, none of the charges in this case apply,” she protested. “These are all nonviolent charges.”

“I appreciate your effort. I hope I am correct,” Nock replied before ordering the court adjourned.

Nock on Sunday also made the unprecedented ruling to legally bar news media from attempting to speak with Burnette upon his release, at Everhart’s behest.

“I am objecting to any press being here at this time. I object to any photographs being taken of the defendant,” Everhart told the judge. “I am not able to be in the courthouse with him. I ask that you not allow the press to question him without counsel present.”

Burnette’s mother and sister, who were both present in court, declined to speak to The Post following the judge’s ruling.