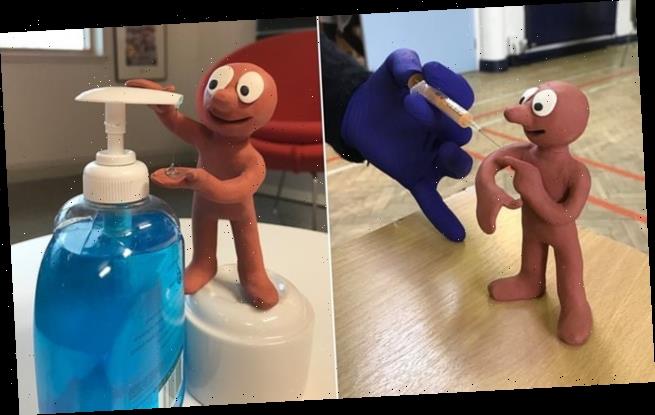 Britain on brink of hitting 15m vaccine target… Morph has had shot!

Britain is on the brink of hitting 15m vaccine target with over-65s now being invited to get their jabs… and even Morph has had his shot!

The country is on the brink of hitting its target of 15 million vaccinations – with over-65s now being invited to get their jabs.

First doses of the Pfizer and Oxford vaccines have now been administered to 13,509,108 people.

Latest official figures show 450,810 more jabs were given on Wednesday.

With daily numbers typically rising later in the week, and peaking on Saturdays, the UK looks increasingly likely to hit the 15 million mark by tomorrow – two days ahead of schedule.

With the top four priority groups having received their first injections, the focus will shift to reaching 17 million over-50s by May 1, raising hopes lockdown restrictions could then start to be eased. 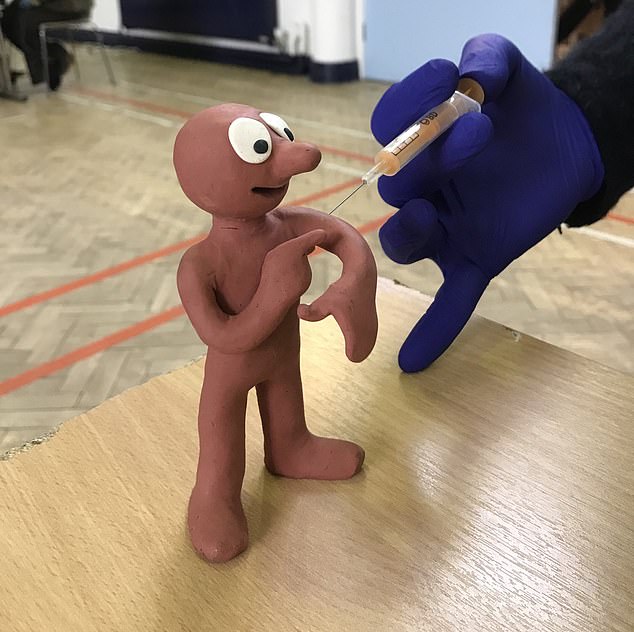 The country is on the brink of hitting its target of 15 million vaccinations – with over-65s now being invited to get their jabs. Pictured: Morph was jabbed against Covid yesterday. His co-creator Peter Lord tweeted a photograph of the character from children’s TV show Take Hart at an injection hub in Bristol

Officials confirmed letters are now being sent to the next group of eligible patients – the over-65s – inviting them for jabs from Monday.

Yesterday Matt Hancock said he was ‘confident’ of meeting the target of offering vaccines to over-70s, elderly care home residents’ carers and health workers by February 15.

‘That is obviously critical but (it) isn’t just about making the offer. It is also about driving uptake,’ he told BBC Breakfast.

‘Amongst 75 to 79-year-olds, uptake has been 96 per cent, it is absolutely incredible.

‘However, every extra percent reduces the number of people who are not protected and that is crucial to how effective the overall rollout is.’ 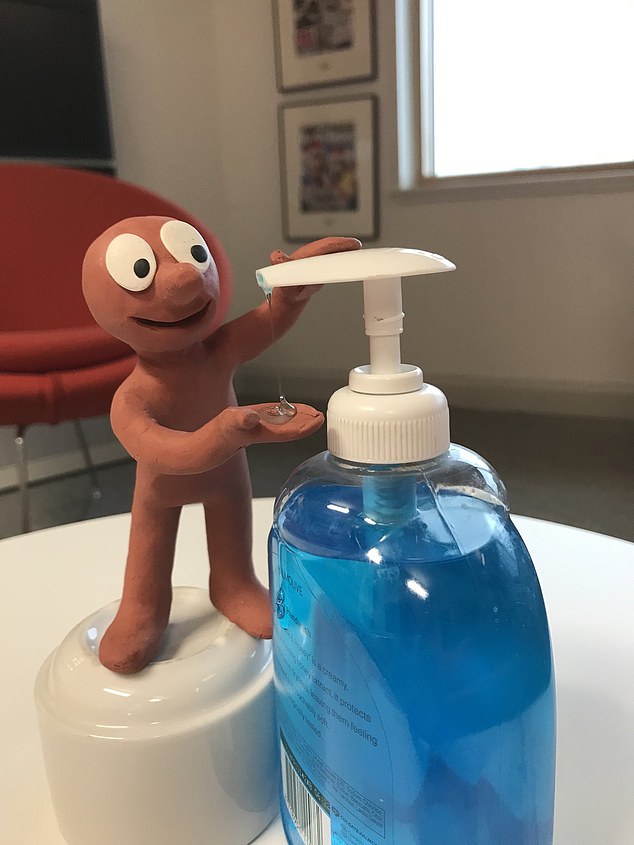 First doses of the Pfizer and Oxford vaccines have now been administered to 13,509,108 people. Pictured: Morph ‘using’ hand sanitiser

More than 11.5 million vaccinations have taken place at 1,500 vaccination sites in England, including local community pharmacies, mosques, cinemas and supermarkets.

The vast majority of those in the younger groups are likely to be frontline healthcare workers, although the Government has so far failed to release take-up figures among this priority group.

Last night, officials said the ‘door will remain open’ to anyone in the first four priority groups who have yet to receive a jab. A final push has been made to reach the remaining over-70s with the NHS changing tack and asking people to contact them.

It had previously called on the public to wait for an invitation to be vaccinated.

On Wednesday, the Prime Minister appealed directly to the two million eligible people yet to be jabbed to come forward, saying ‘now is the moment to do it.’

Last night, his official spokesman said: ‘We’re confident of our vaccine supply and we’re confident that we can hit our target of vaccinating all those top four groups by Monday.’

Trump’s COVID-19 Struggle Was Worse Than The White House Said At The Time: Report
Technology