SENIOR royals including Prince Philip are to lead a minute's silence as Britain marks the 75th anniversary of VJ Day.

The Prince of Wales and Duchess of Cornwall said on Twitter: “Today, we remember the contribution of all Commonwealth and Allied Forces to WWII.” 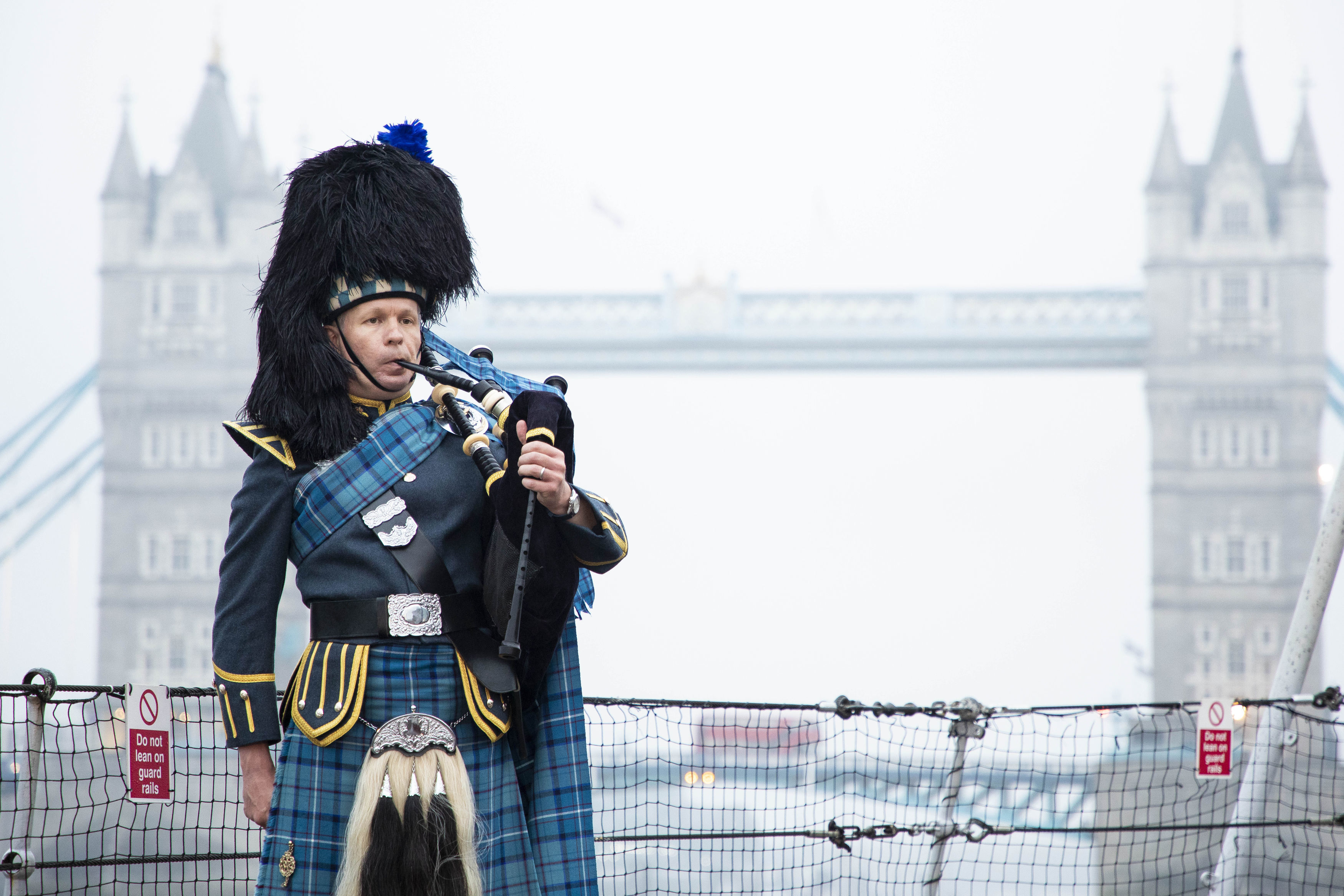 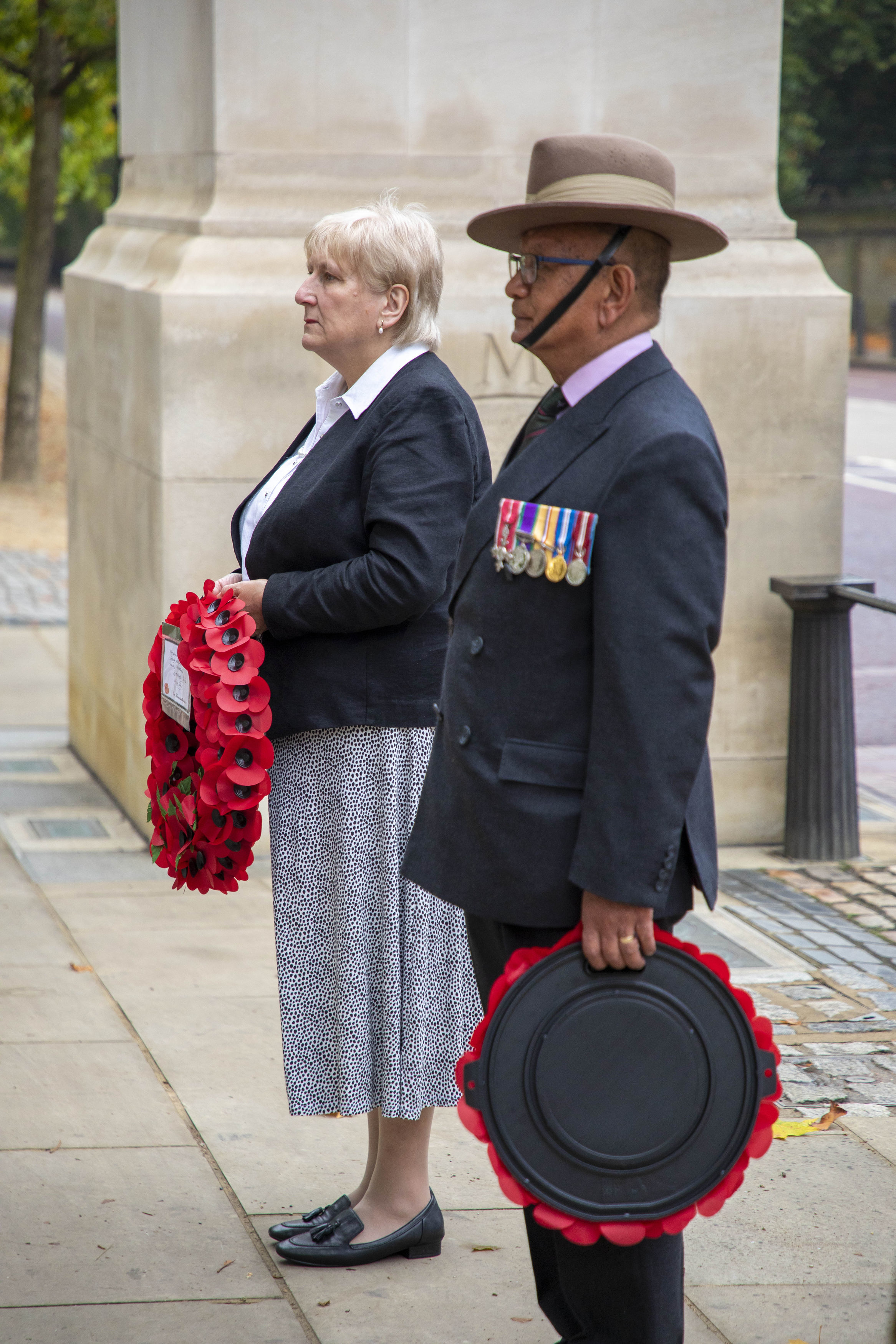 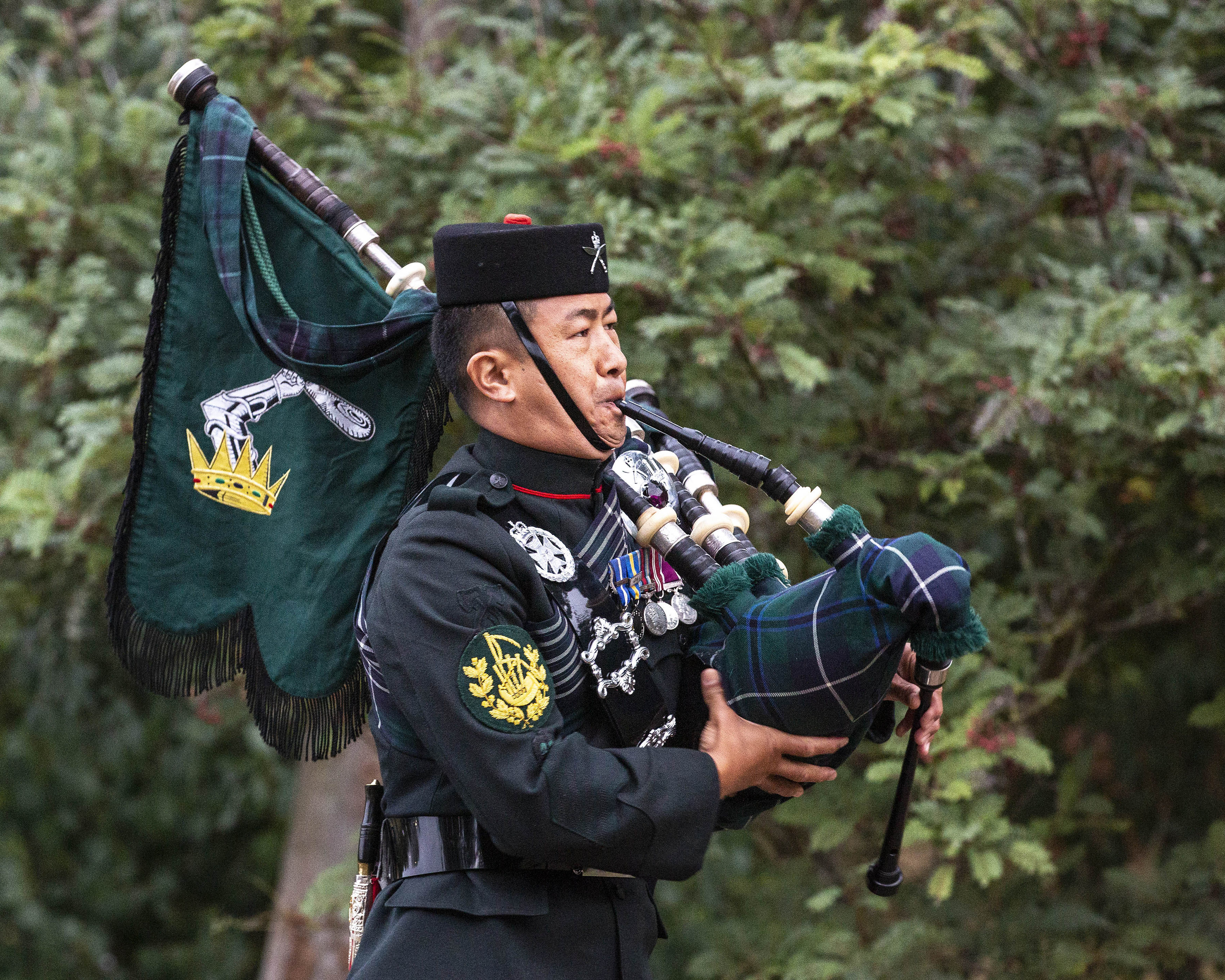 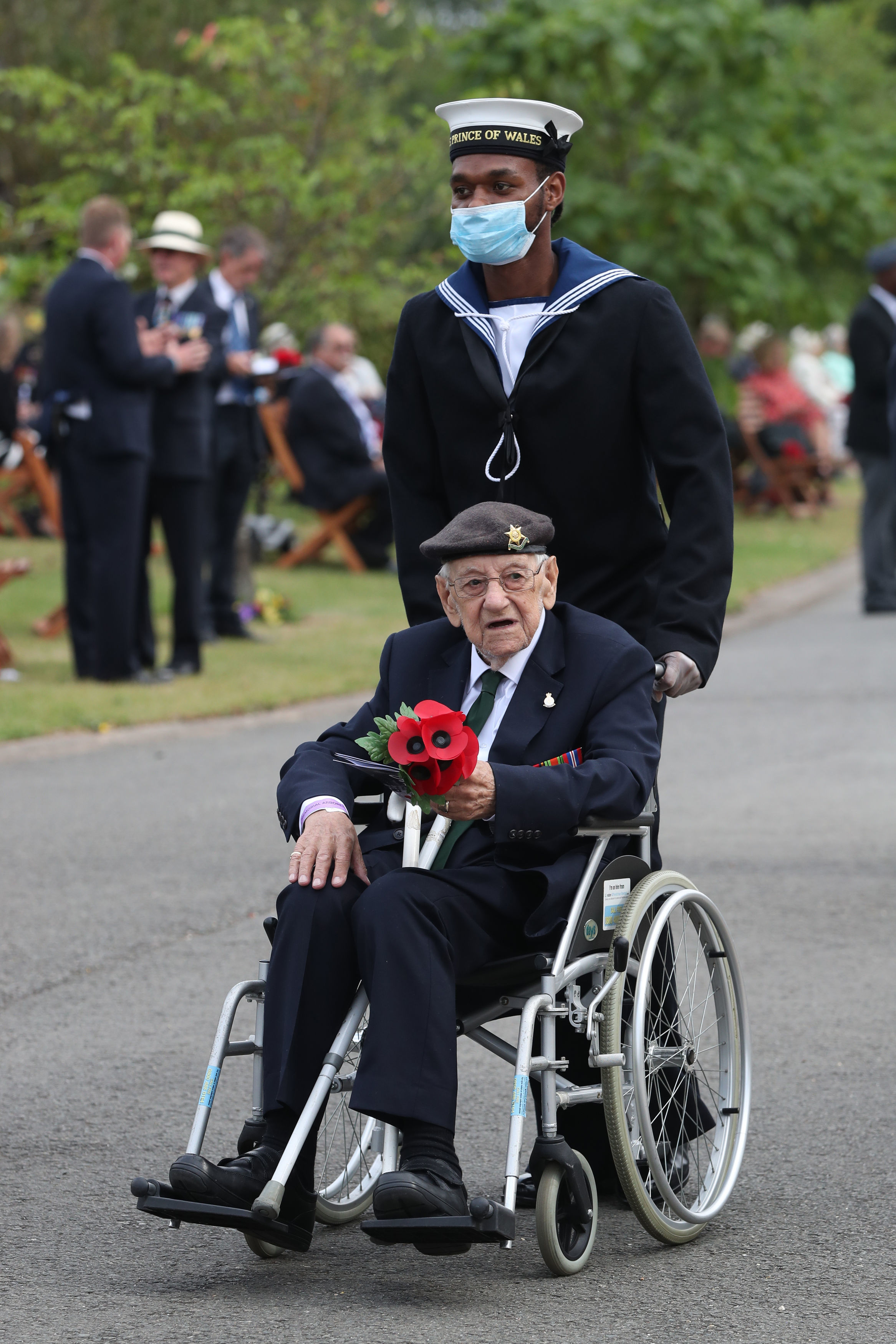 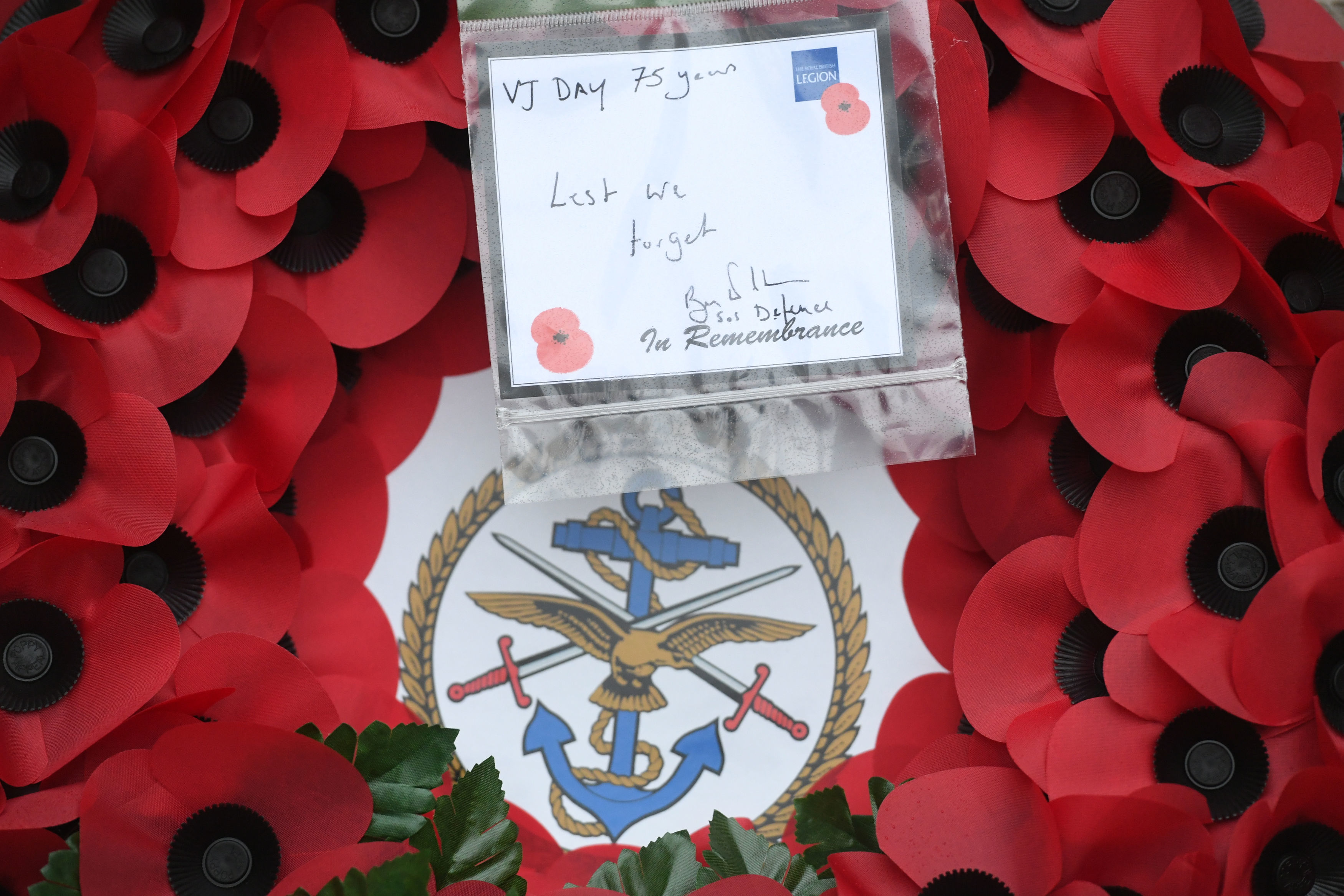 Union Flags will fly at full-mast on UK Government buildings to mark the 75th anniversary of the day Japan surrendered that brought the Second World War to an end after six years of fighting.

A two-minute silence will be held on at 11am to remember and thank all those from the many nations who fought for the freedoms that we enjoy today.

The Queen’s 99-year-old husband Prince Philip and other senior royals will lead British commemorations for VJ Day, which marks Victory over Japan and the end of World War Two.

Philip served in the British navy during the war and was on board the destroyer HMS Whelp in Tokyo Bay when the Japanese surrender was signed.

The royal will feature in a photo montage of living veterans which will be shown on large screens in locations across the country for the August 15 tributes.

Prince Charles will lead a national two-minute silence at the National Memorial Arboretum in Staffordshire, central England while Prince William will feature in a special BBC TV programme being broadcast today.

The Prime Minister, Boris Johnson, will read the Exhortation before the nation falls silent.

Afterwards the Battle of Britain Memorial Flight will take part in a flypast over the arboretum.

There will be flypasts by the Royal Air Force Aerobatic Team, the Red Arrows, over the four capitals of the UK.

Prince Charles will lay a wreath and deliver a speech as part of the service, before meeting veterans and descendants of those who served in the Asia-Pacific region.

The royal family and Prime Minister Boris Johnson will lead the country in honouring those who fought in the Far East and helped to finally end the Second World War 75 years ago. 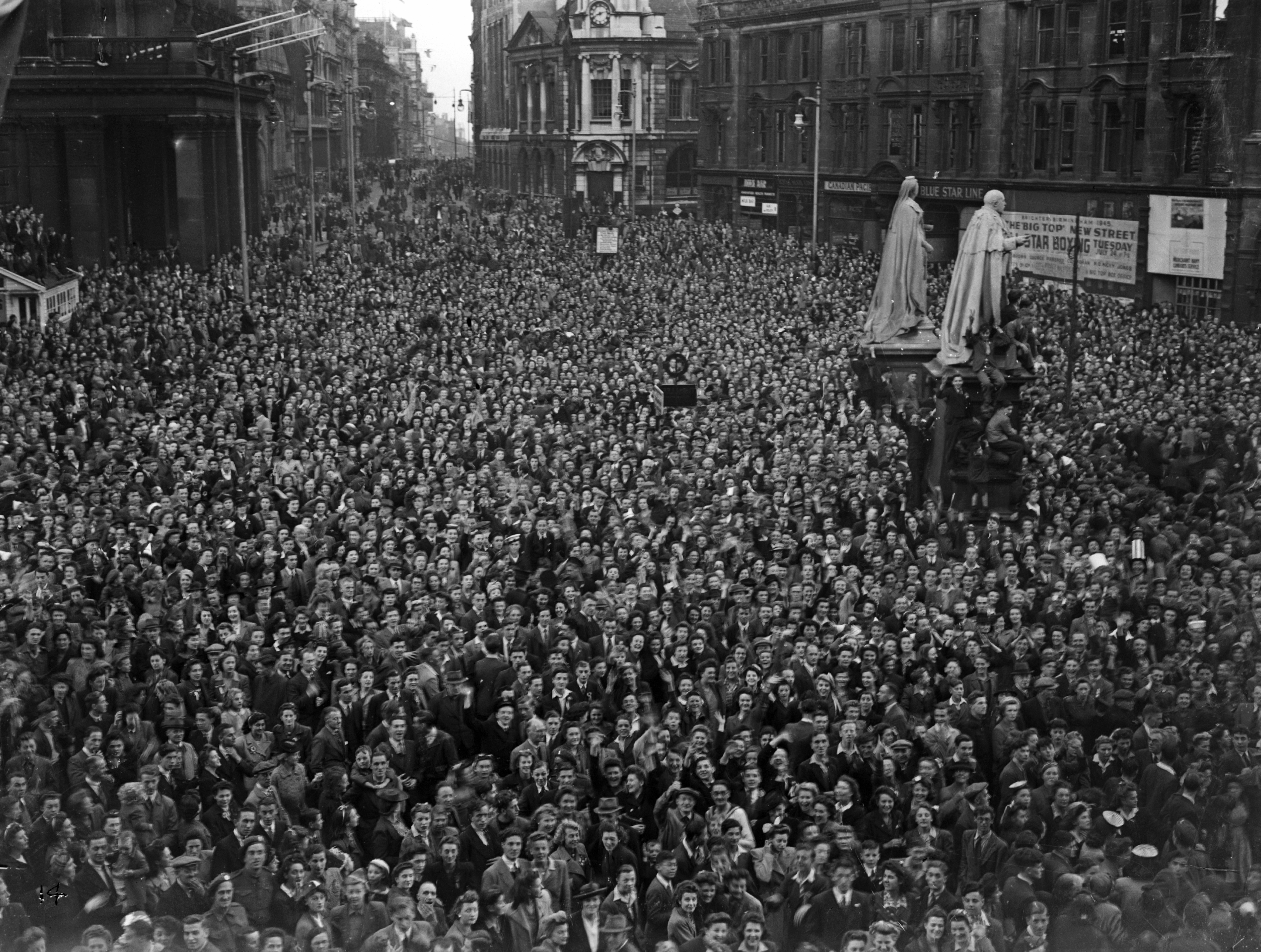 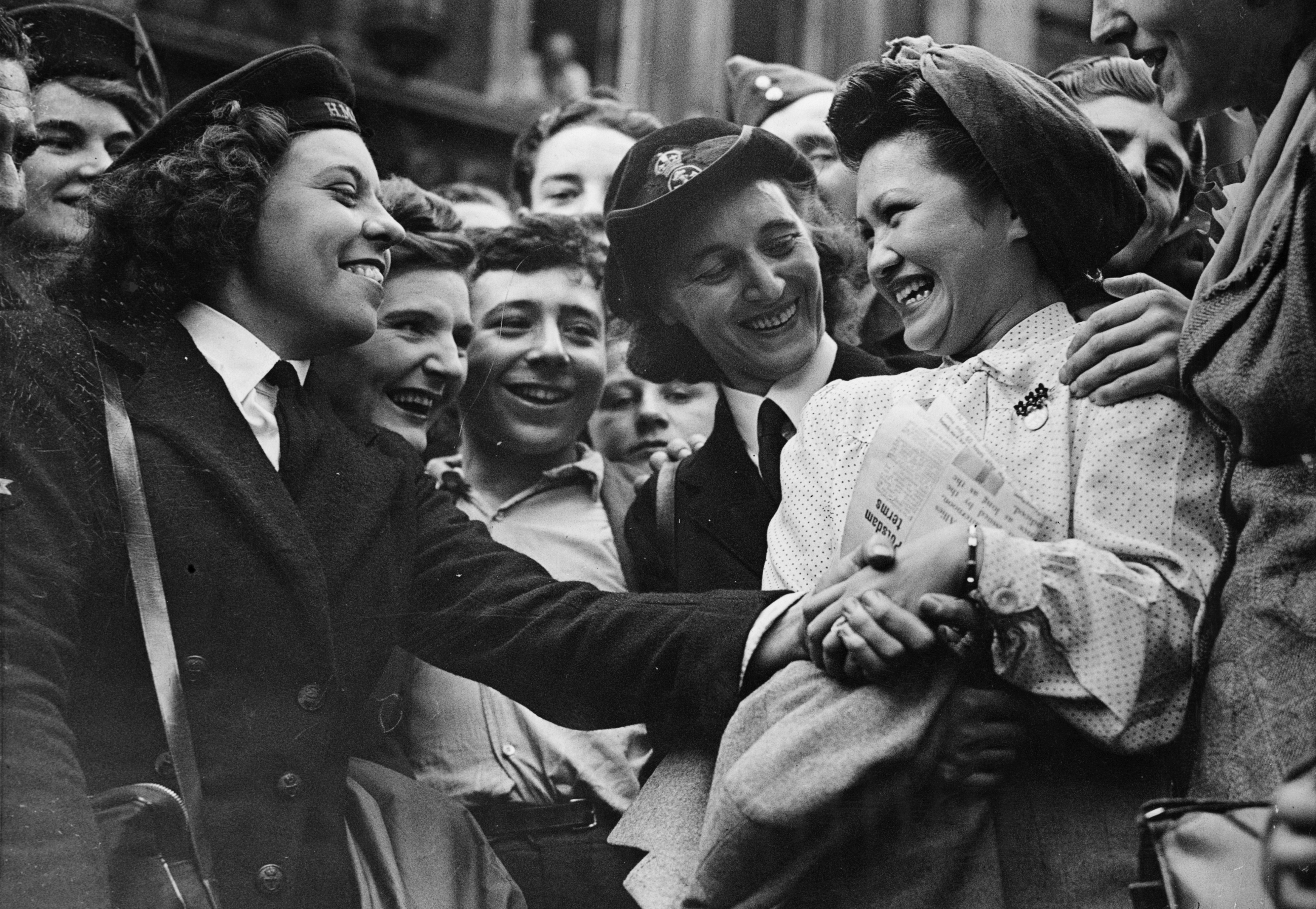 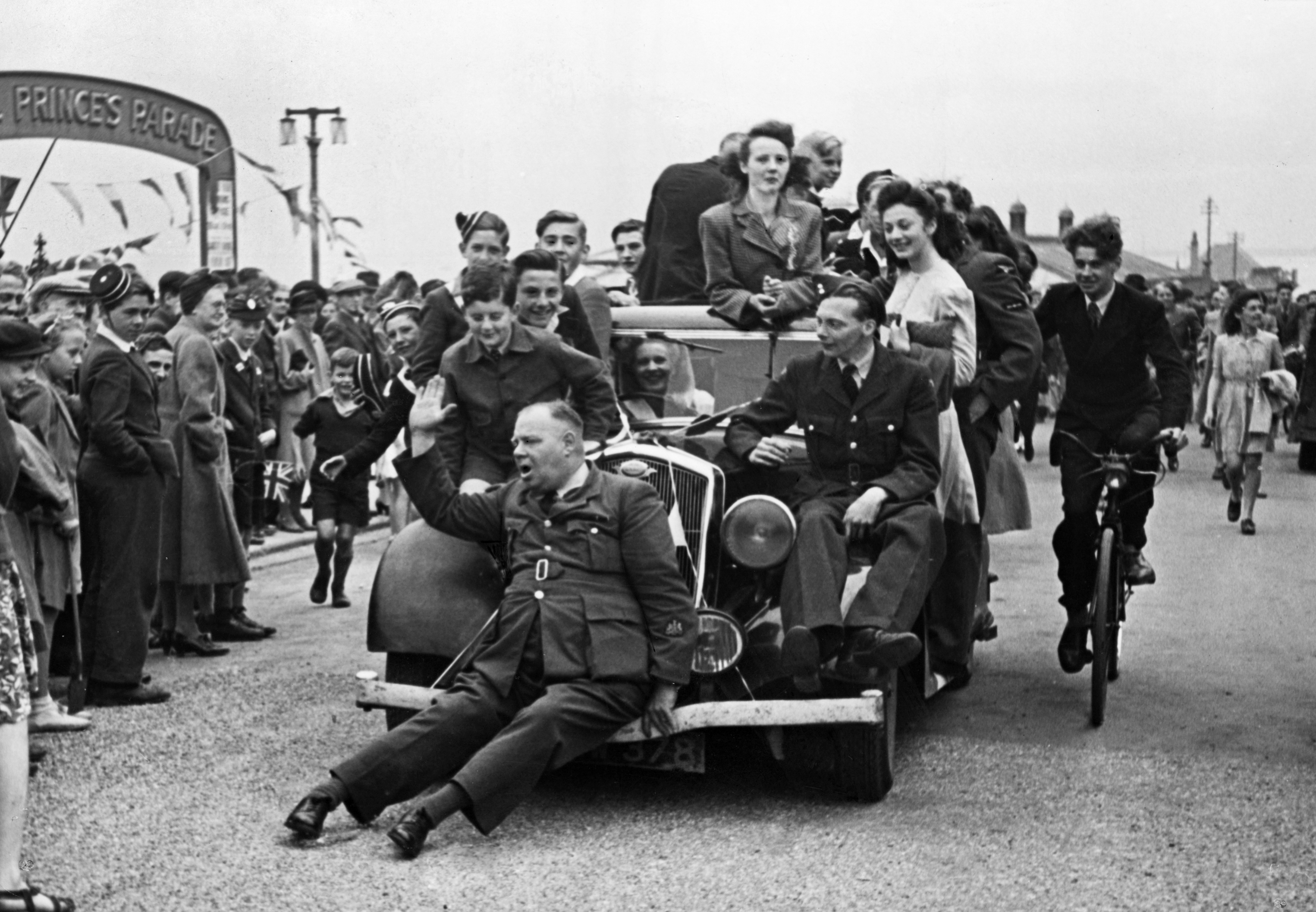 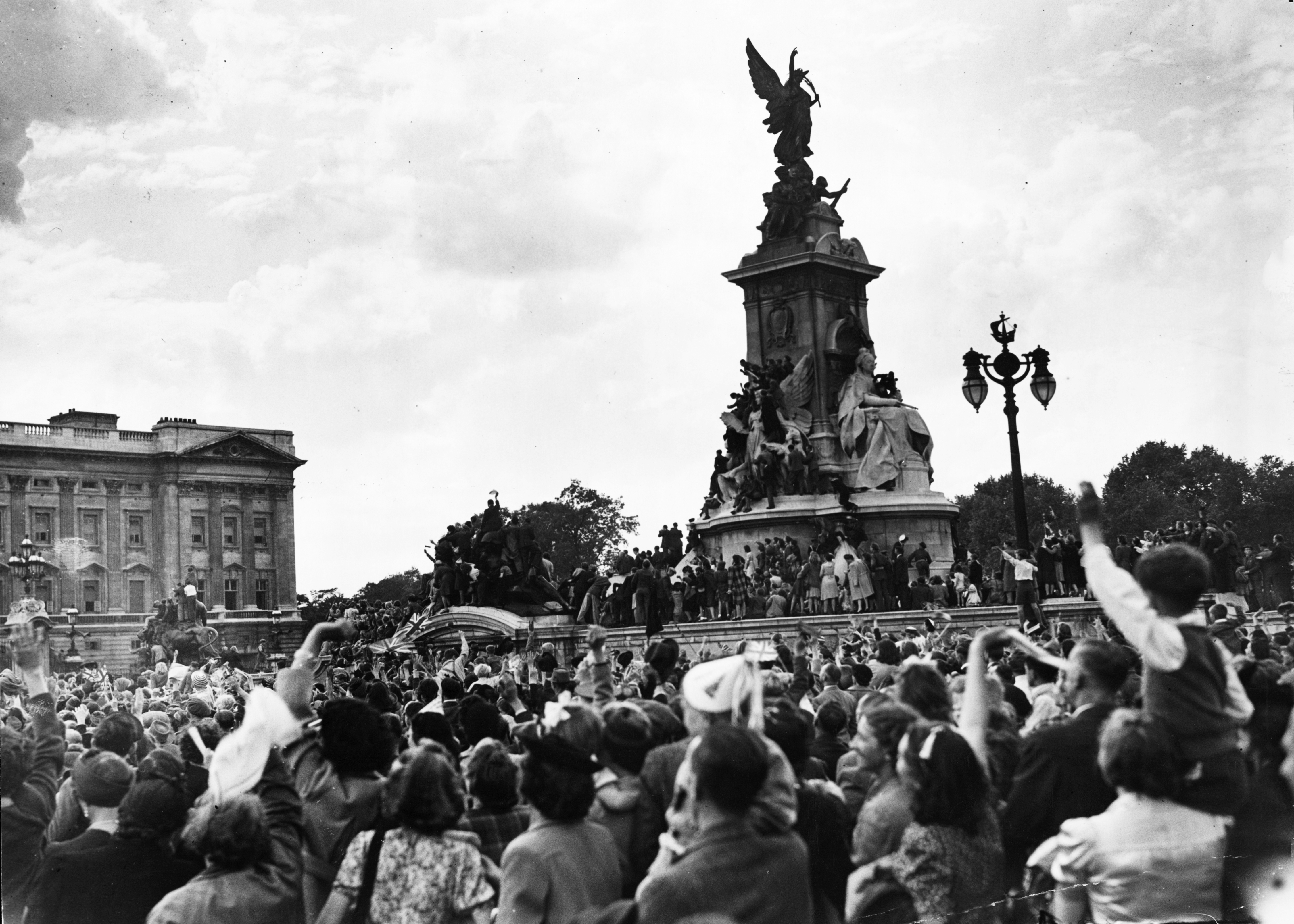 Johnson said: “When the Second World War ended 75 years ago with the surrender of Japan, British soldiers, sailors and airmen were serving in the Far East, fighting hard to achieve victory – and were among the last to come home.

“On this anniversary I want to remember what we owe the veterans of the Far East campaign.

"They brought an end to the Second World War, they changed the course of history for the better, liberated South East Asia, and many paid the ultimate sacrifice.”

Johnson has been joined by nine other global figures including US president Donald Trump, Nigeria's president Muhammadu Buhari and Canada's prime minister Justin Trudeau in recording a video message thanking those who served.

In the Friendship of Nations video, released ahead of commemorations, each leader says in turn: "To all who served, we thank you."

Johnson said: "On this 75th anniversary of the end of the Second World War, we pay tribute to the heroes deployed thousands of miles away in the mountains, islands and rainforests of Asia.

"Unable to celebrate the victory in Europe, and among the last to return home, today we recognise the bravery and ingenuity of those who, in the face of adversity, restored peace and prosperity to the world.

"Their immeasurable sacrifice changed the course of history and at today's commemorations, we take the opportunity to say what should be said every day – thank you."

In a letter addressed to the veterans of the Far East Campaign, Johnson showed his gratitude to the 50,000 British and Commonwealth service personnel who laid down their lives in the war against Japan, half of whom died in prison camps."

He writes: "You were the last to come home but your achievements are written in the lights of the glittering capitals of the dynamic region we see today."

The day began with a piper playing Battle's Over at the Imperial War Museum's HMS Belfast in London at sunrise, as part of a tribute entitled Waking Up To Peace.

Defence Secretary Ben Wallace was joined by military chiefs as he laid a wreath at the Cenotaph, Whitehall, London, on Saturday morning.

What is VJ Day?

Victory over Japan Day brought victory for the Allies and finally marked the end of the Second World War.

The multinational World War II campaign against Japan formally ended 75 years ago, about three months after Nazi Germany had been vanquished in Europe.

Following the surrender of the Nazis on May 8, 1945, V-E Day, Allied troops carried on fighting the Japanese until an armistice was declared on August 15, 1945.

Japan formally surrendered on September 2, 1945, but many Pacific War veterans felt their efforts were not fully recognised and dubbed themselves the “forgotten army.”

Japan’s surrender following the detonation of atomic bombs over the cities of Hiroshima and Nagasaki ended the Second World War.

Almost one million Australians served in World War II, including 39,000 who died and another 30,000 taken prisoner.

VJ (Victory over Japan) Day, is celebrated on August 15.

This date commemorates Japan’s acceptance of the Allied demand for unconditional surrender on August 14, 1945.

There was much joy and celebration around the world when on August 15, 1945, US President Harry S Truman declared the day as Victory over Japan Day, at a White House press conference.

Addressing crowds outside the White House, President Truman said: “This is the day we have been waiting for since Pearl Harbor.”

At midnight, the British PM Clement Atlee confirmed the news in a broadcast declaring: “The last of our enemies is laid low.” 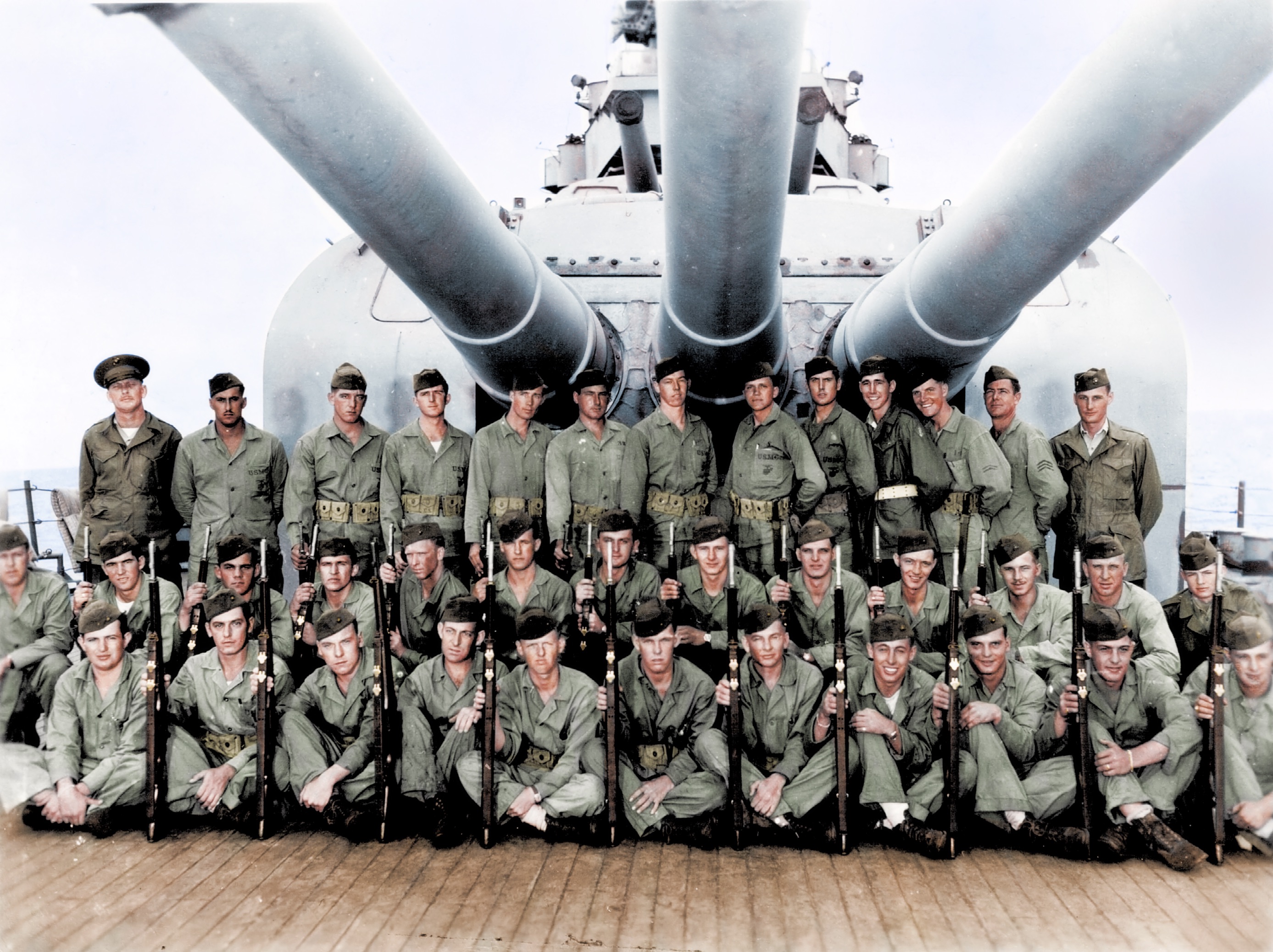 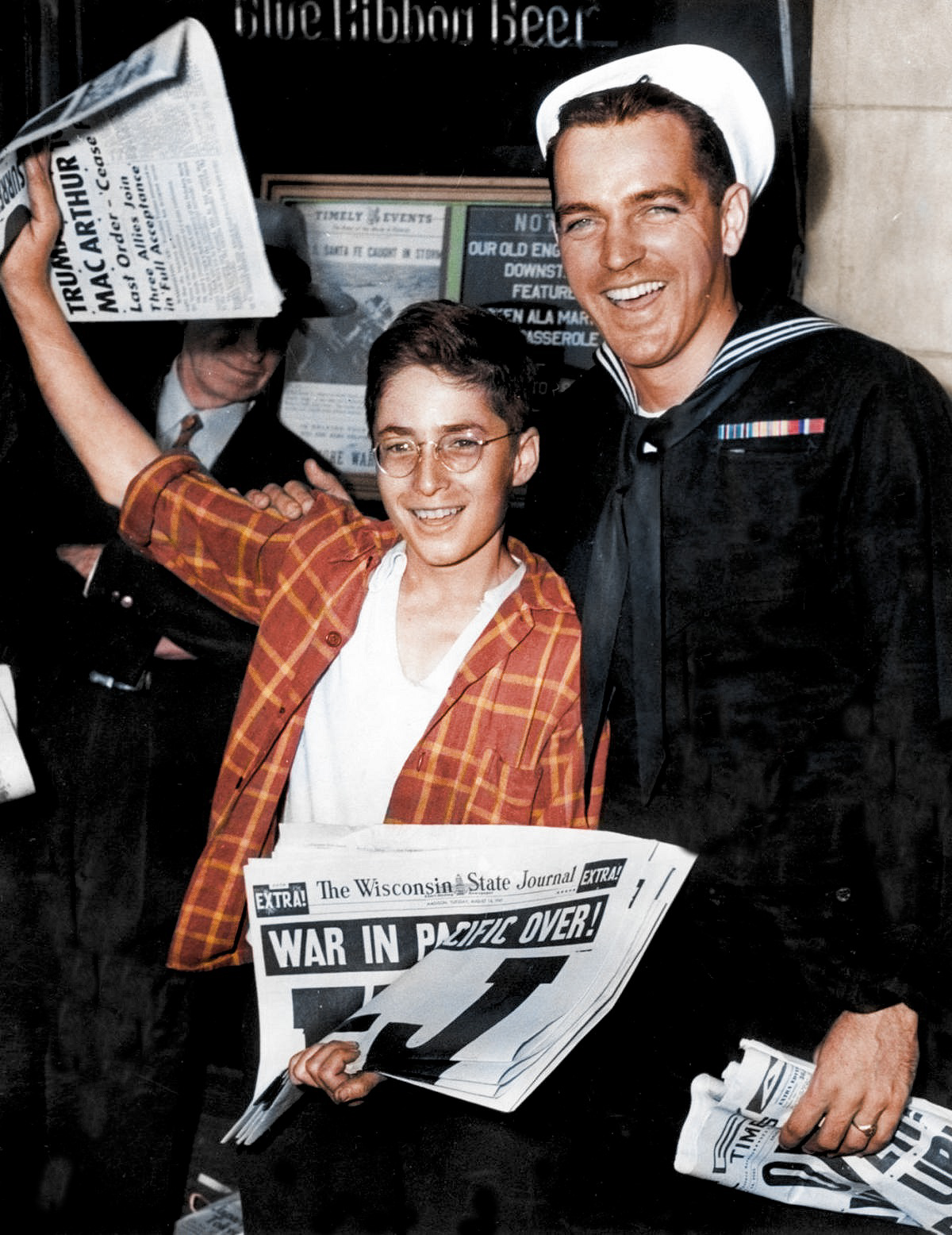 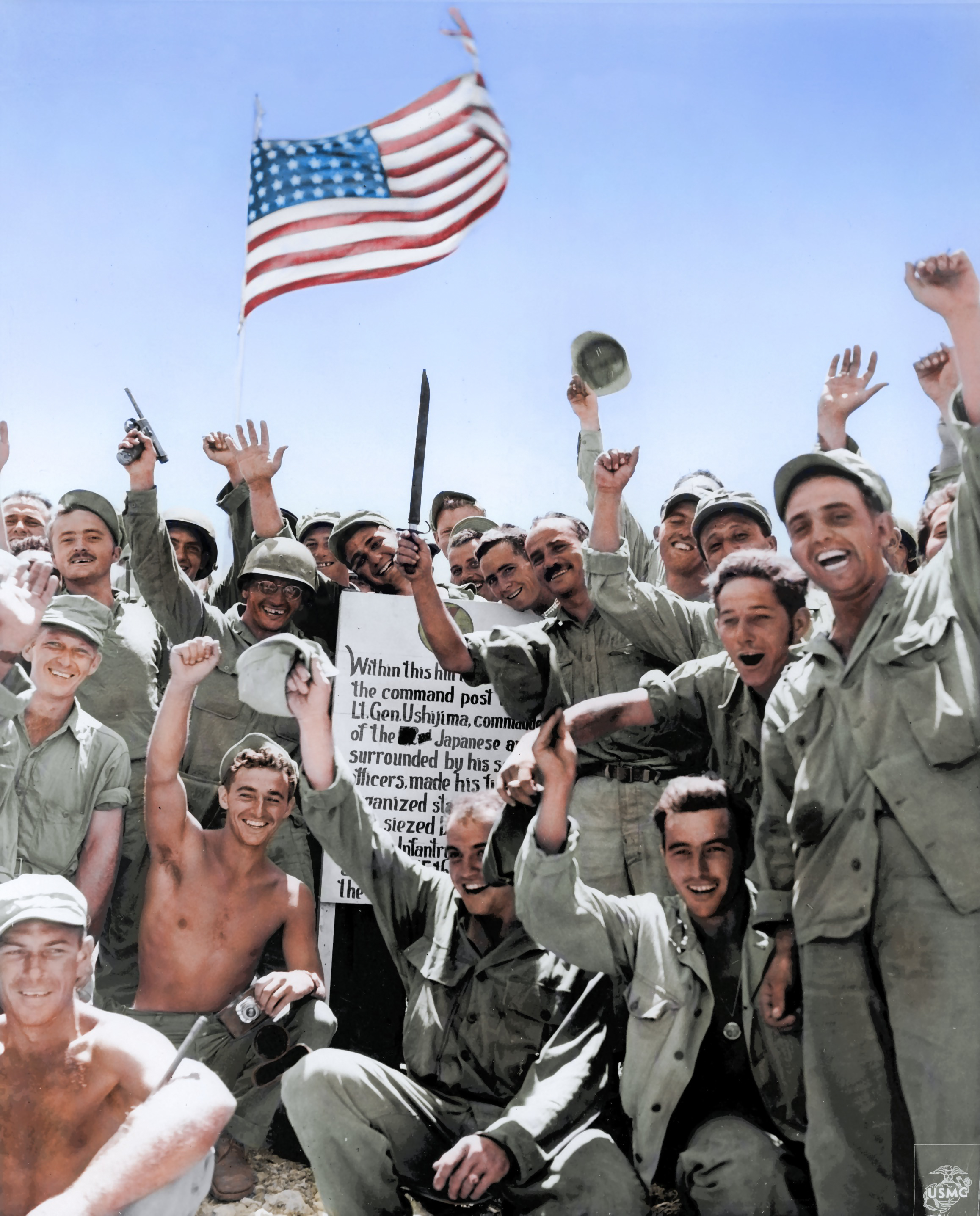