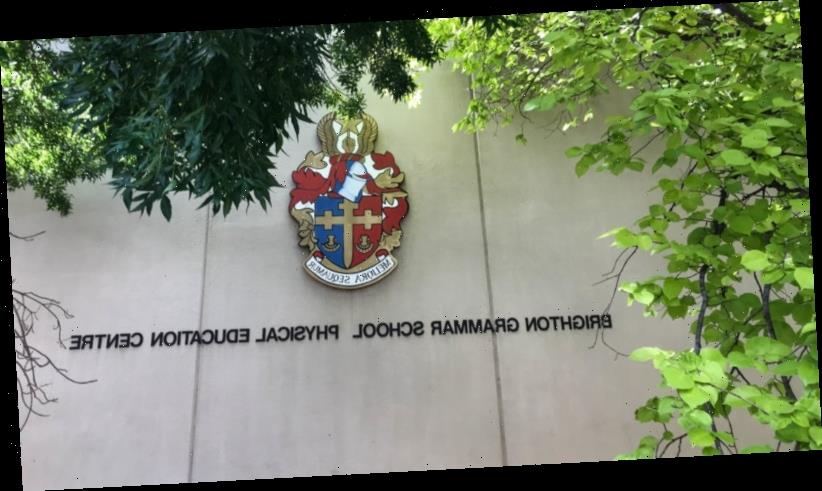 Facebook has banned the sharing or viewing of our news articles on its platform. For independent journalism straight from the source, download our app and sign up to our newsletters.

The environment watchdog has classified the Brighton Grammar School campus as one of the most contaminated sites in the state after an investigation found a stew of industrial toxins and chemicals in the soil under its junior school and childcare centre.

More than three generations of students and staff have been using the classrooms, playgrounds and a gymnasium at the boys’ private school since the property was converted in 1958 from a 19th century gasworks, which is the source of the contamination. 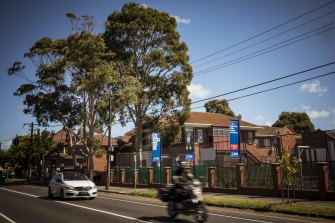 School officials and the Environment Protection Authority insist the former heavy industrial site does not pose an immediate danger to staff or students.

The subterranean contaminants on the school grounds had been “capped” with clean soil to a depth of 35 to 60 centimetres to “prevent dermal contact”, the EPA said.

“There is no current risk to the staff and students with the management controls that are in place. The areas of contamination at the school are covered and not accessible,” according to a spokesman.

The EPA and Brighton Grammar have refused to publicly disclose any soil test results or the Imminent Risk Assessment report ordered by the regulator in 2020, which reveal the nature of the contamination and its location on the property at the corner of New and Grosvenor streets.

But the severity of the findings has resulted in Brighton Grammar being placed on the state’s Priority Sites Register, a list of 400 properties the EPA has targeted for urgent intervention or clean-up because they are dangerous to human health and the environment.

“Typically, these are sites where pollution of land and/or groundwater presents a potential risk to human health or to the environment,” according to the EPA documentation. “The condition of these sites is not compatible with the current or approved use of the site without active management to reduce the risk to human health and the environment. Such management can include clean-up, monitoring and/or institutional controls.”

The Brighton Grammar School campus is located on the former site of Brighton Gas Company, which operated from 1877 until 1952. The building and land, which once housed fuel processors, storage tanks and tar pits and lagoons, was converted into a school in 1958. 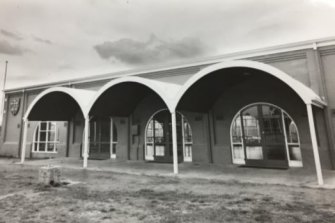 Former retort house, in which coal was heated to produce gas, which was converted to the Junior School Hall in around 1963.

It remains unclear what remediation work was done. Other decommissioned gasworks have been found to hold toxic concentrations of heavy metals and hydrocarbons such as benzene, which are known to damage human health.

Environmental records show that soil taken from the Brighton Gas Company site that was used as “fill” decades ago at a council building project has since been tested and classified as category A – the highest level of contamination.

Under the EPA’s clean-up notice, the school is required to complete a “full human health risk assessment” by November 2021.

Brighton Grammar headmaster Ross Featherston said the contamination on the property was “absolutely not” a risk to the health of students or staff. “The health and safety of our students, staff and community is our No.1 priority and our junior school is a completely safe environment.”

Mr Featherston declined to comment on whether parents and staff had been informed about the contamination levels or the clean-up notice. 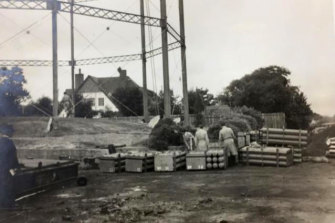 The 1910 Gas Holder as pictured in March 1952. This adjoins the current site of Brighton Grammar’s early learning centre.

“Our community is aware that the junior school site is on a former gasworks which leads to the site being listed on the priority sites register,” he told The Age on Tuesday.

Hours after being presented with written questions by The Age, Mr Featherston emailed parents informing them about the EPA investigation and compliance action.

The EPA and the school have been aware of the presence of dangerous toxins around the property for at least 20 years, according to a letter written last June by a senior EPA official, obtained by The Age. 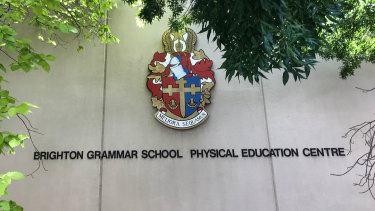 “Various stages of soil and groundwater investigations have been undertaken across the site between 1989 and 2019, with numerous remediation events also undertaken involving the excavation and off-site disposal of contaminated soil,” the EPA official wrote last year.

”At this stage, EPA does not believe there are any immediate risks to children or teachers at the school, so no notifications are necessary.“

Local GPs and the state’s Health Department have protocols for reporting “clusters” of certain health issues. The EPA has not been advised of any notifications in this area.

“EPA has referred this matter to DHHS for consideration as to whether a review of potential health cluster is warranted. We will let you know when we receive further information from DHHS,” the EPA letter said.

The Age, which spoke to five parents outside the junior school on Tuesday, was told they were unaware of the contamination problem.

The EPA and Brighton Grammar School declined to comment on the long-term clean-up or safety plan for the contamination.