Boy, 14, admits slitting throat of sister, 18, and chucking her body by a dumpster

A TEENAGER has admitted murdering his disabled sister nearly three years after she was found with her throat slit, it was reported.

Claude Henderson, 17, pleaded guilty to the murder of Kayla Dezaray Hensley, whose body was found by a North Carolina trailer park dumpster. 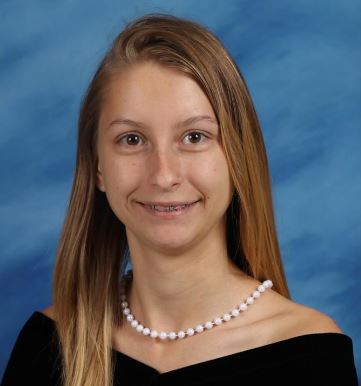 Henderson, who was 14 at the time, has been sentenced to a minimum of 16 years for the second-degree murder of Kayla in 2017.

Kayla was murdered November 11, 2017 and her body was found with severe lacerations to her neck, which also had a canvas belt around it, the Asheville Citizen-Times reports.

The 18-year-old had cerebral palsy and was deaf and worked at American Eagle Outfitters.

The initial call to law enforcement was made around 10:30 pm on a Saturday and sheriff's deputies arrived at the mobile home park on Brinwood Drive in Weaverville at 10:42 p.m.

Henderson confessed to killing his sister in an interview, deputies said.

The investigation in Kayla’s murder showed that she was killed inside the family's home.

Deputies seized three knives, a box cutter and the belt reported to have been found around Hensley's neck.

After Henderson was sentenced, Buncombe District Attorney Todd Williams said “my heart goes out to Kayla’s mother Susan Maltry who has showed great emotional strength and grace” adding “I wish her peace and healing”.

Henderson was originally charged with first degree murder which would have meant prosecutors proving premeditation and deliberation beyond a reasonable doubt.

His defense presented a psychiatric evaluation which questioned that due to his youth, immaturity and other factors.

Still haven’t filed your 2019 tax return? Penalties are about to get steeper