NEWLY released video footage from a police body camera shows officers pulling a protest sign from a demonstrator in Los Angeles and shooting him close range in the groin with a projectile.

Ben Montemayor was rushed to emergency surgery after suffering serious injury to his testicles, the LA Times reported, during a George Floyd demonstration. 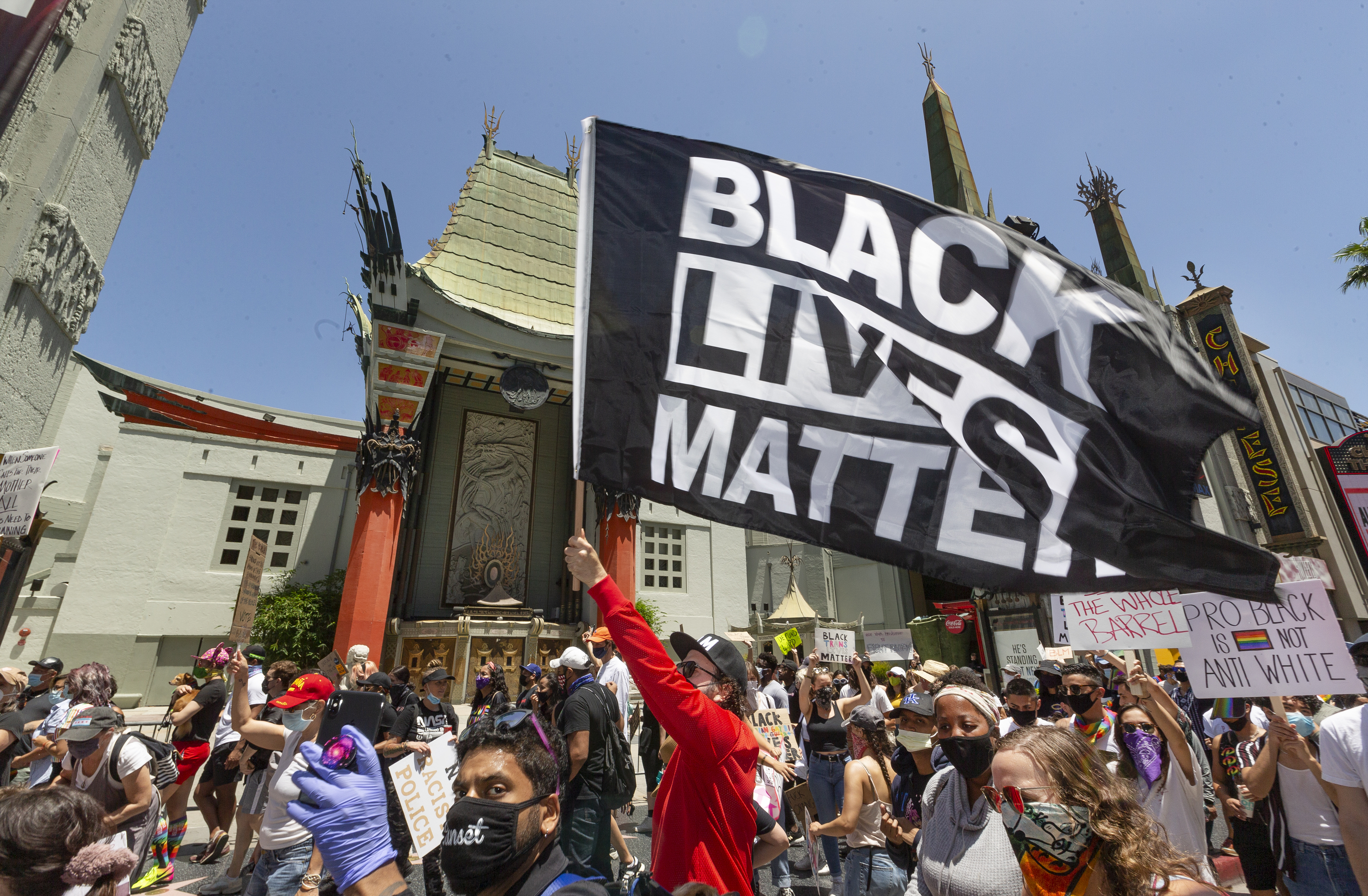 The video shows LAPD officers yank a protest sign from Montemayor, according to the paper, before shoving him backwards.

As Montemayor goes to help his friend, who had also been reportedly pushed to the ground, an officer shoots him in the groin.

“In some ways, it’s even worse than we thought,” said Dan Stormer, one of Montemayor’s attorneys.

“It’s not often you see something like this that is so cut and dried, but it’s pretty brutal.” 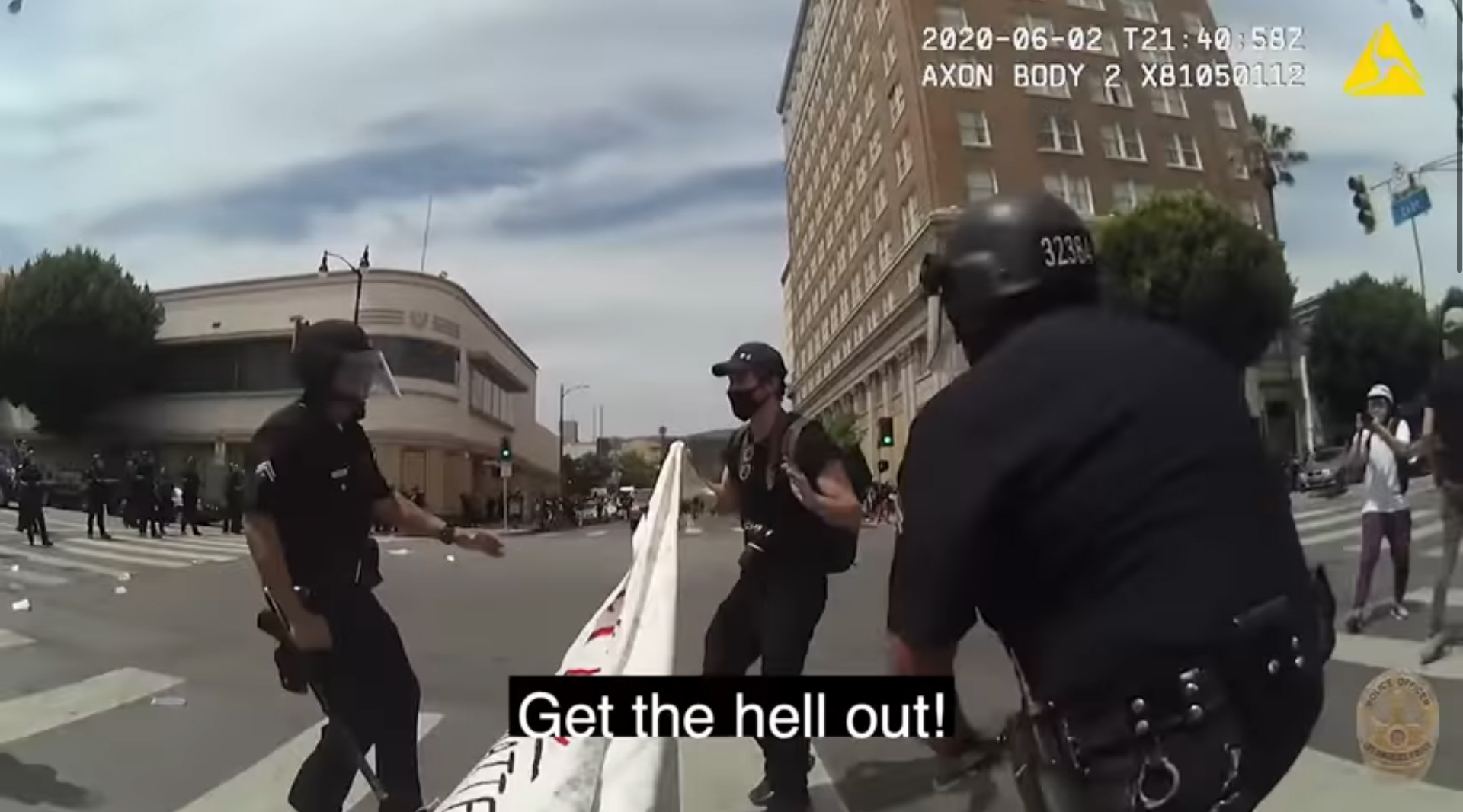 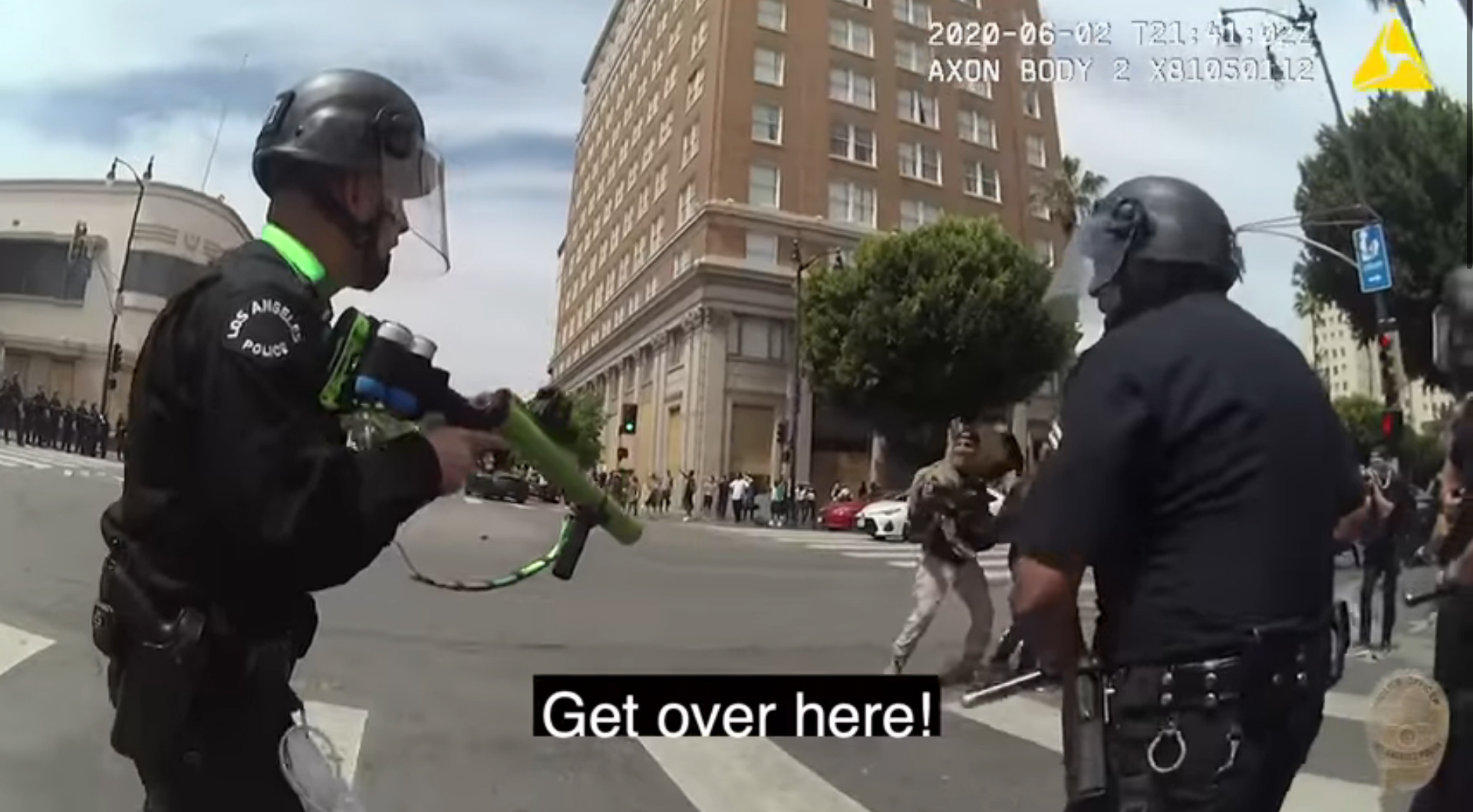 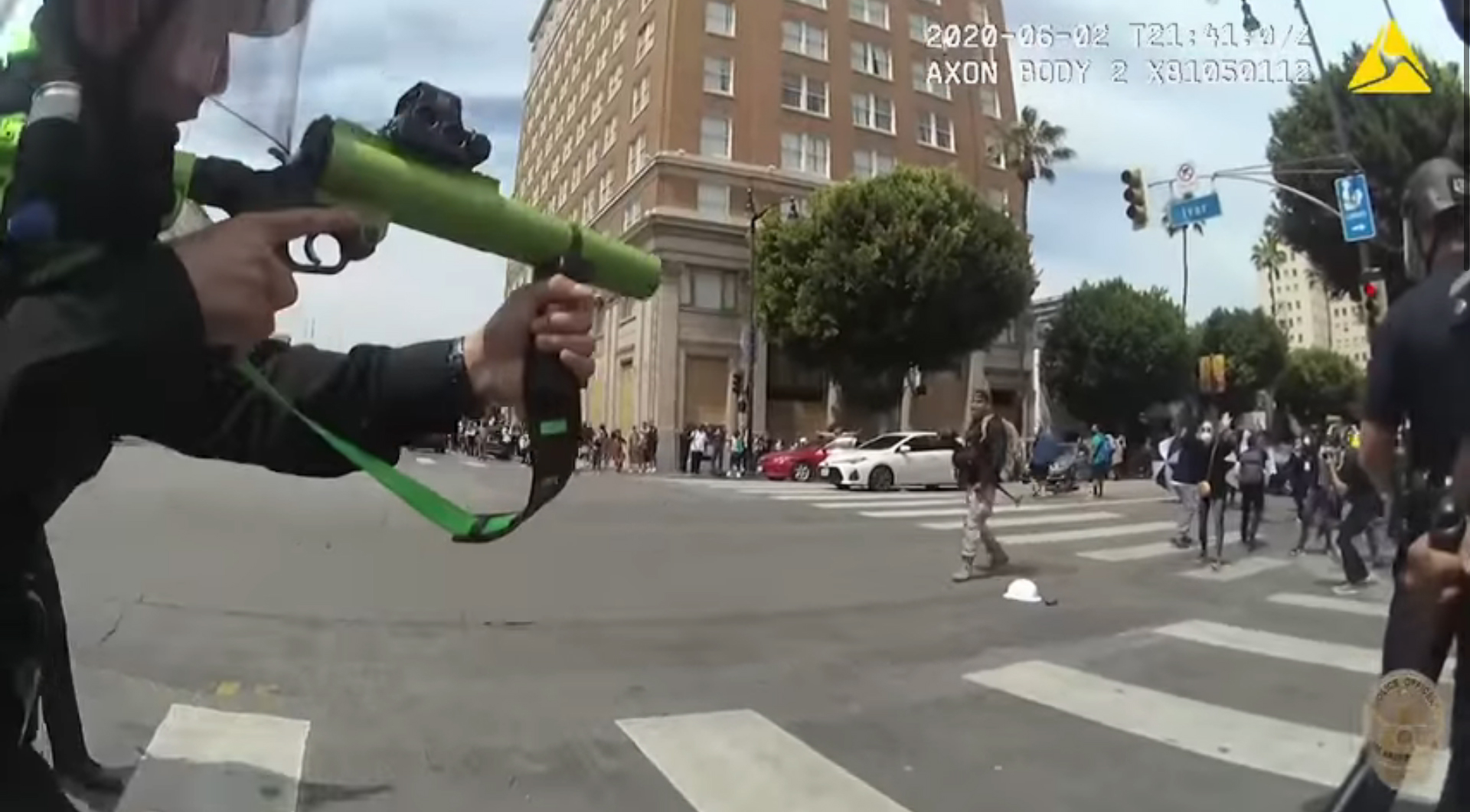 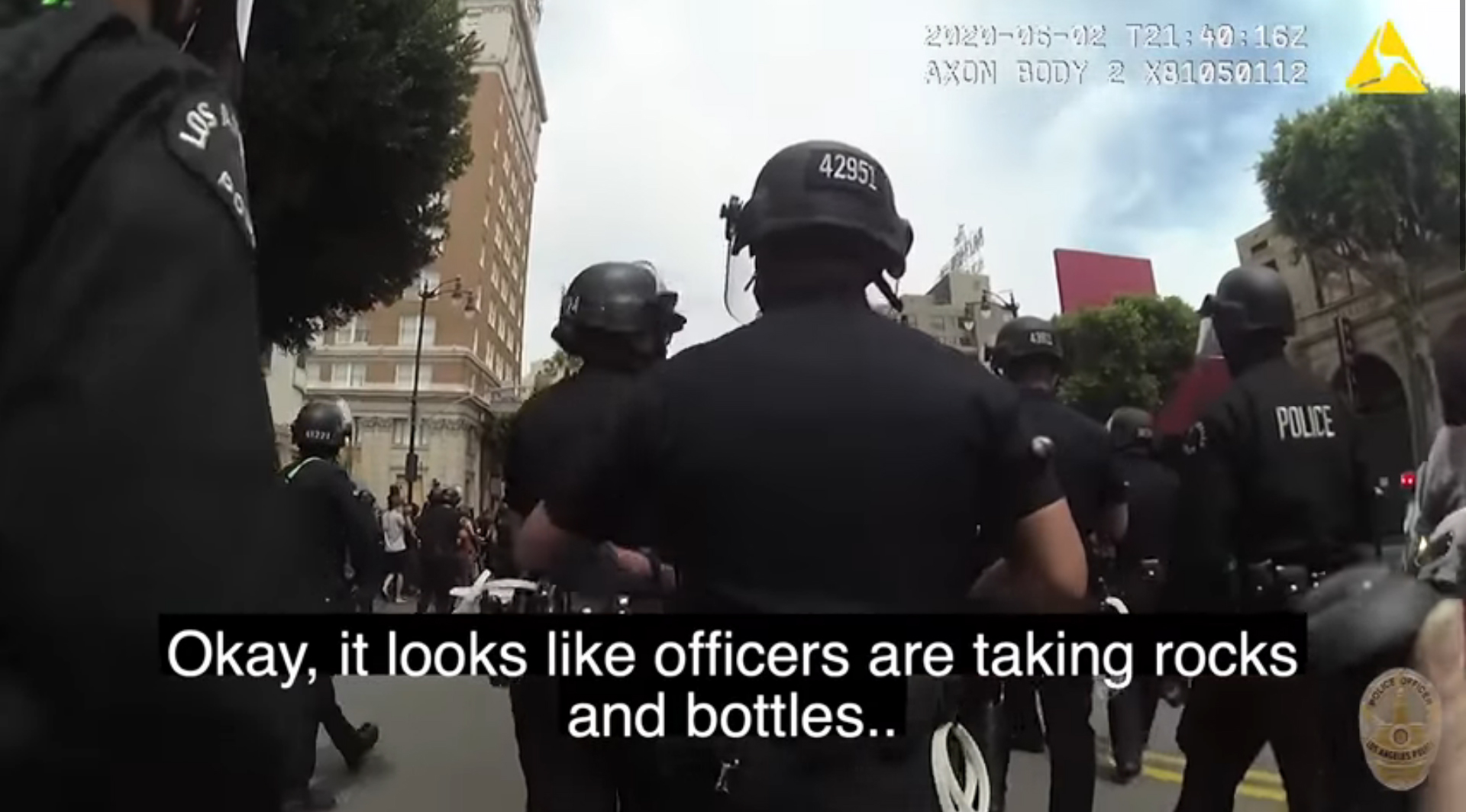 The LAPD launched an investigation into the shooting, and released the video on Friday.

Montemayor was holding a sign saying "Defund the Police" with a friend when it happened.

The incident took place on the intersection of Hollywood Boulevard and Ivar Avenue around 2.40 pm June 2.

One of his testicles swelled to twice its normal size, while the other was also injured.

Captain Stacy Spell, an LAPD spokesman, said Montemayor left the scene, and has declined to answer questions from police. 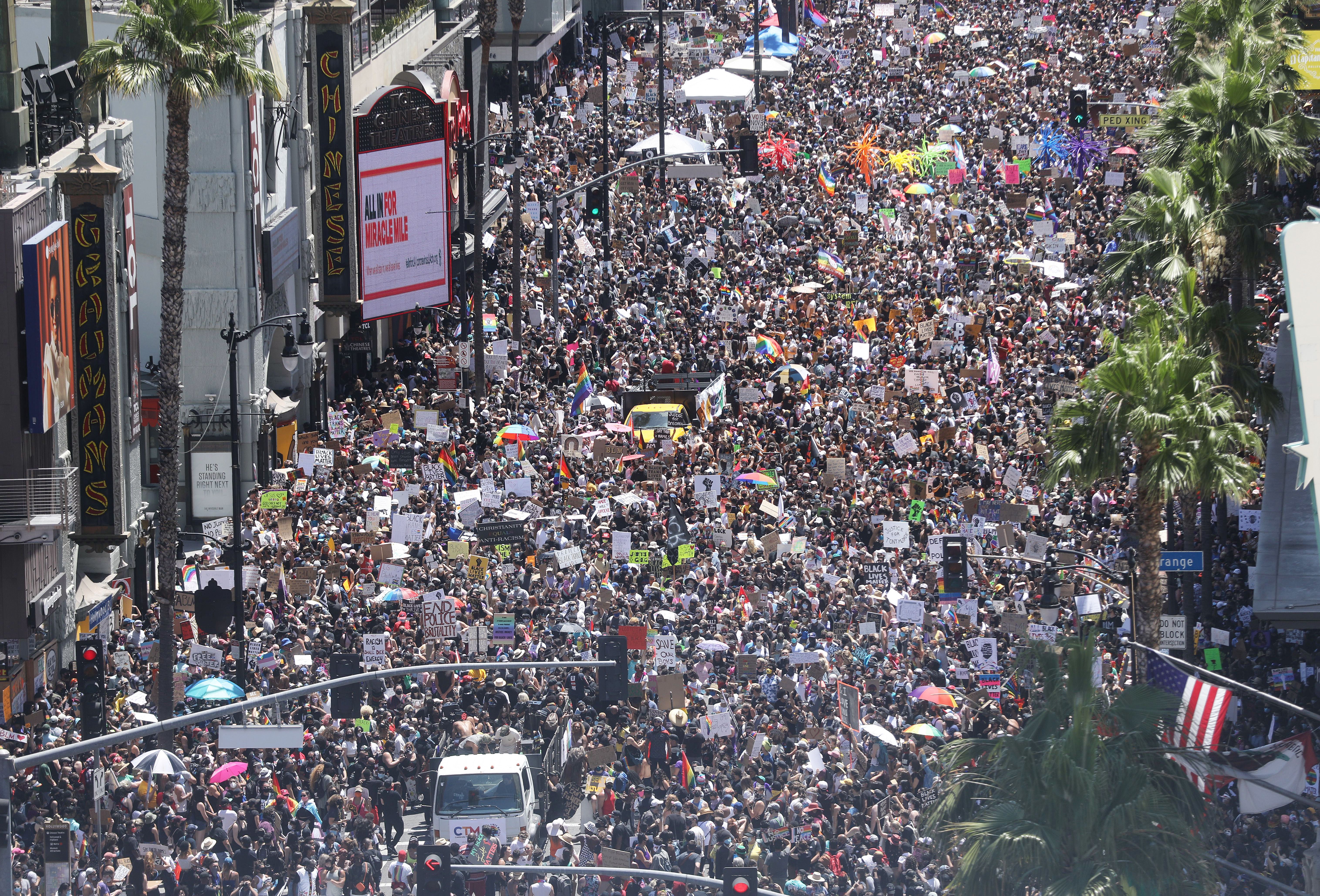 The LAPD’s investigation is in its early stages, Spell told the LA Times, and no determinations have been made regarding the appropriateness of the officers’ actions.

“They’re taking evidence and conducting an investigation to protect themselves from the lawsuit that is coming,” Stormer said.

The Department of Homeland Security officers reportedly used teargas and stun grenades against protesters in Portland, Oregon, on Friday night after officials declared a protest march to a local ICE building an unlawful assembly.