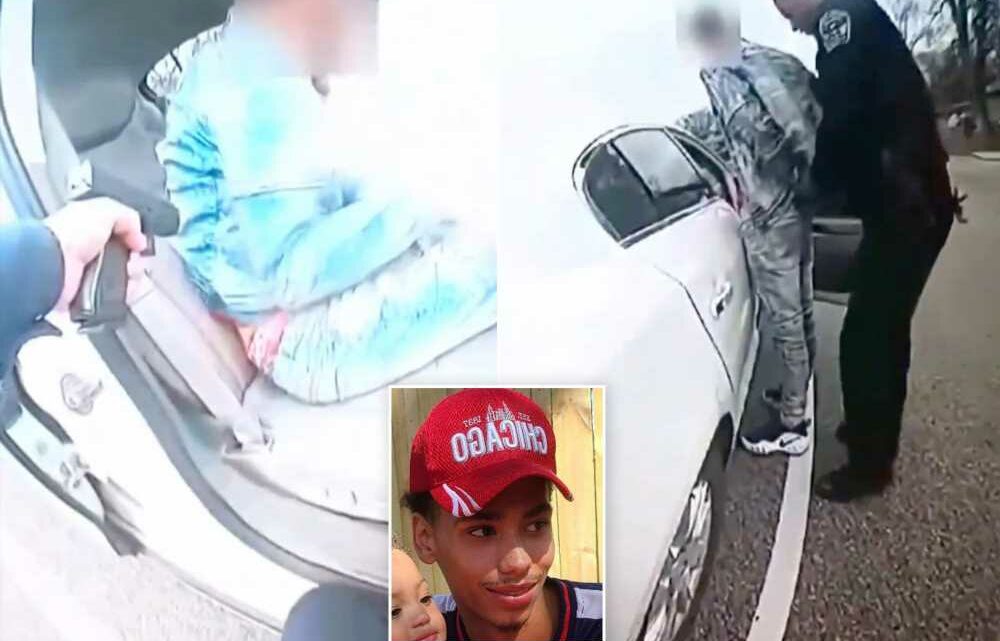 Domino’s customer points gun at workers because he couldn’t get toppings on the side: report

The black man who died during a traffic stop in Minnesota was fatally shot by an officer who mistook her gun for a Taser, officials said Monday, as they played body camera footage from the incident for the first time.

Brooklyn Center Police Chief Tim Gannon said Daunte Wright died as a result of “an accidental discharge” by the officer, adding that the cop has been placed on administrative leave.

Bodycam footage of the incident played during a press conference showed Wright stepping out of his car, then leaping back in and driving off.

“Oh sh–t,” the officer is heard saying on the video. “I just shot him!”

Gannon said he was unaware whether a weapon was found in Wright’s car.

“It appeared to me in the video that the individual was trying to get back into his car to leave,” Gannon said.

The police briefing came as city business owners were still cleaning up after a new round of looting and clashes between protestors and police over Wright’s shooting in the fractured Minnesota community.

Images from the scene Monday showed demonstrators back on the streets, as police in riot gear and National Guard troops were deployed in anticipation of more unrest.

Wright, 20, was shot and killed Sunday around 2 p.m. after a police traffic stop in Brooklyn Center, a city on Minneapolis’ northwest border, according to authorities.

The fatal shooting took place just blocks from the site of George Floyd’s police custody death in Minneapolis on May 25.

Wright was with his girlfriend when he was pulled over on Orchard Avenue on Sunday, police said.

Cops said he had an outstanding arrest warrant.