The damage these predator's jaws can inflict is shown as two chunks of flesh are taken out of the 12-foot shark's body, almost cutting it in half. 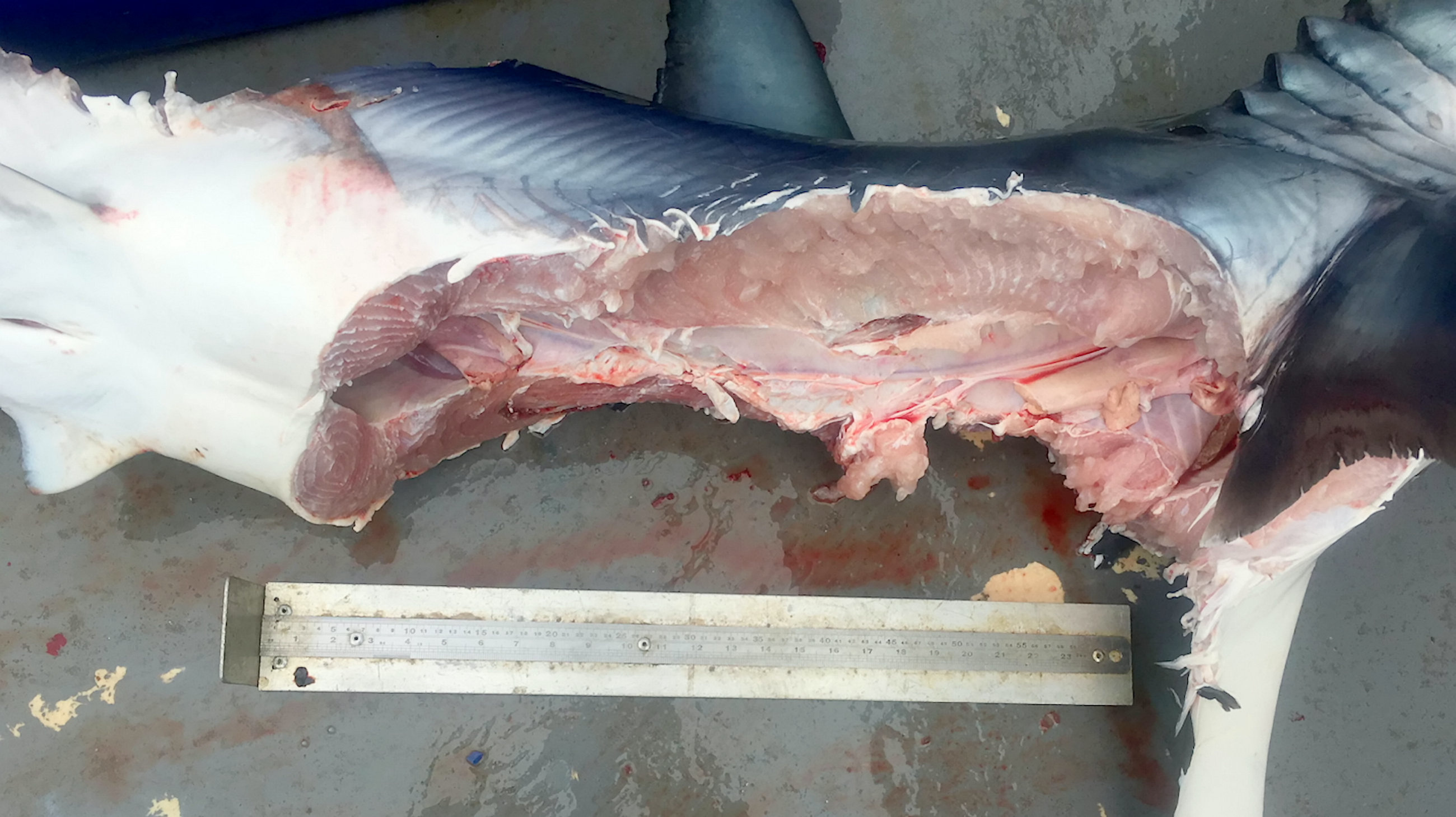 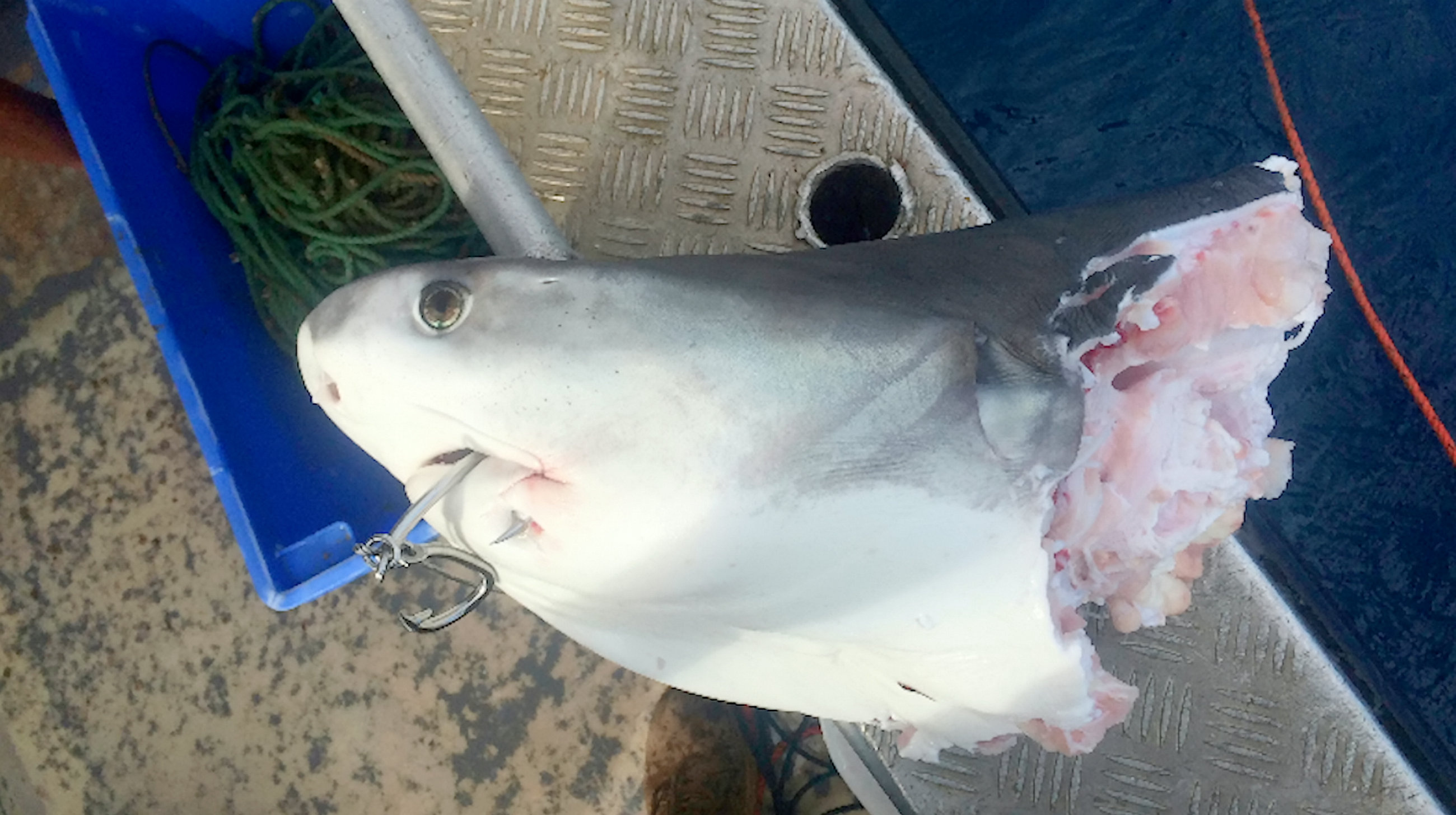 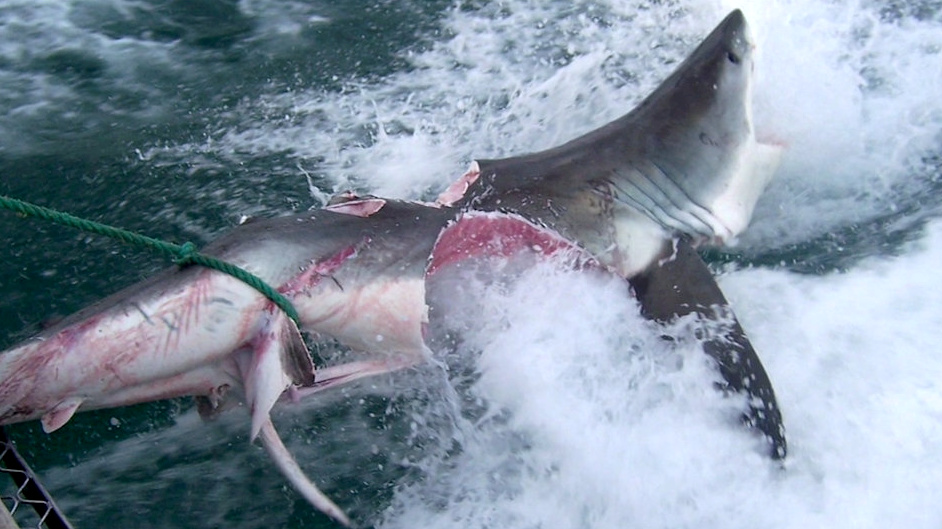 Among the splashing white water is the frenzied attack of razor-sharp teeth tearing in to their own kind's flesh, supporting previous theories that sharks are eating their own as a food source.

There has been an increase in mutilated carcasses being pulled out of the ocean around Australia's Gold Coast – some so severely bitten, just the bloody, severed heads remain.

The incredibly rare footage was captured by National Geographic WILD and will air next week on a new show called Cannibal Sharks as part of the US TV Channel's annual Sharkfest extravaganza.

He said: "This is an enormous shark. It's 12-feet long but look at the size of that bite. It's absolutely massive.

"That's an immense amount of power you need to take a bite out of another shark like that – you have to be pretty big yourself.

"If I was a betting man, I might even pick another great white shark for that one.

"These things are apex predators for good reason."

He believes attacks are on the rise because of the ways humans are trying to keep the hungry predators away from swimmers.

More nets and bated hook lines and deployed, but hooked sharks send out distress signals which are picked up by rival predators which fancy an easy meal.

However, new research shows the apex predators have been eating each other for millennia.

An examination of fossilised poo taken from the prehistoric orthacanthus – a shark that swam the oceans 300m million years ago – found it contained fossilised baby shark teeth.

Professor Meekan added: "That shows that 300m years ago these were cannibal sharks. Shark on shark predation is a fundamental trait."

He said: "They just hunt. It's a prey source. They're just food.

"They're much simpler than mammals which have much more complex reasons for killing each other. It's very common.

"You will find some degree of cannibalism in most shark species.

"White sharks, tiger sharks and hammerheads, they all have a reputation for eating other sharks."

Cannibal Sharks is one of the series of shark documentaries that National Geographic WILD has made for their seventh annual Sharkfest.

A full week of shark programming from Monday July 15 to Sunday July 21. 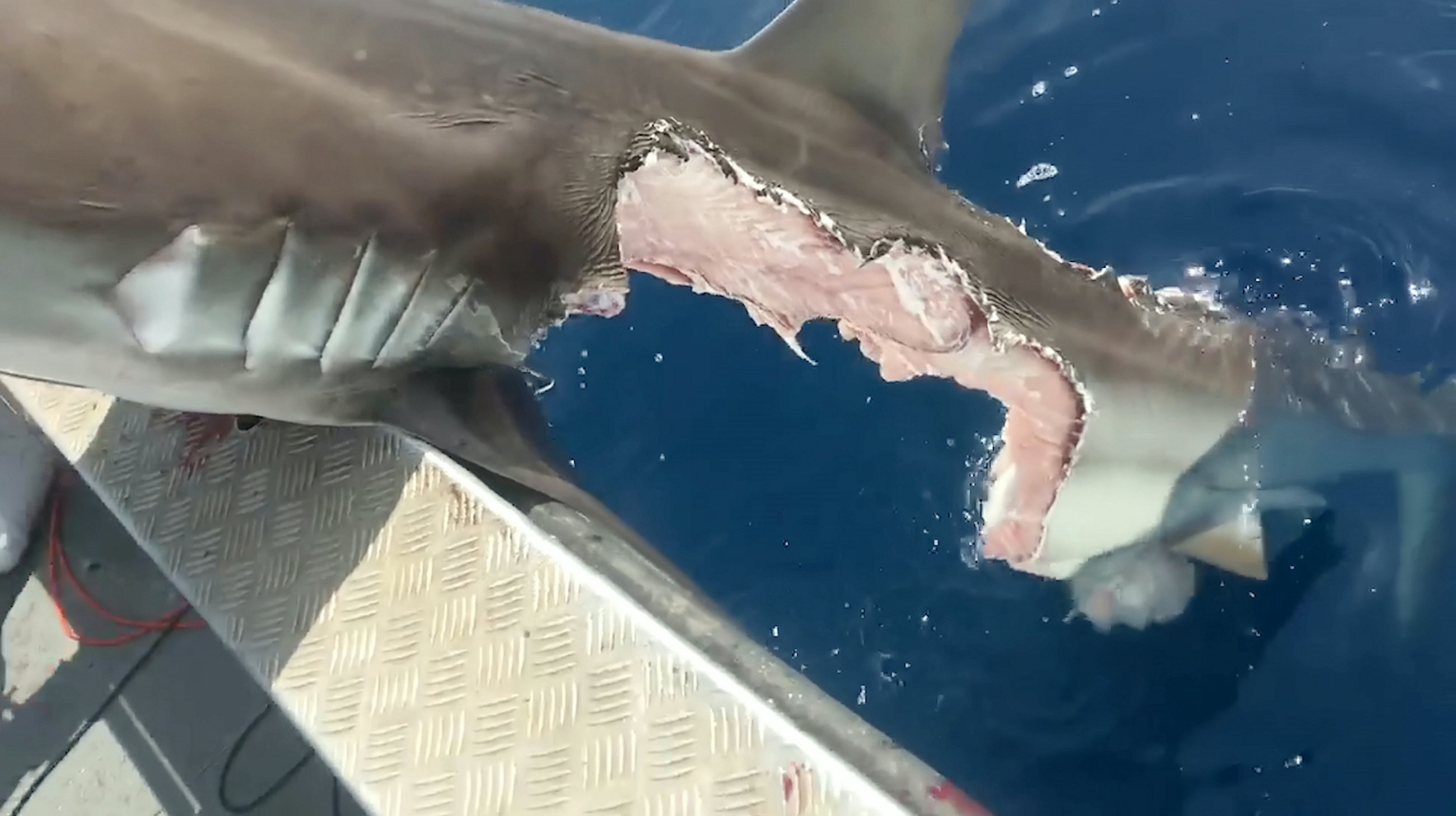 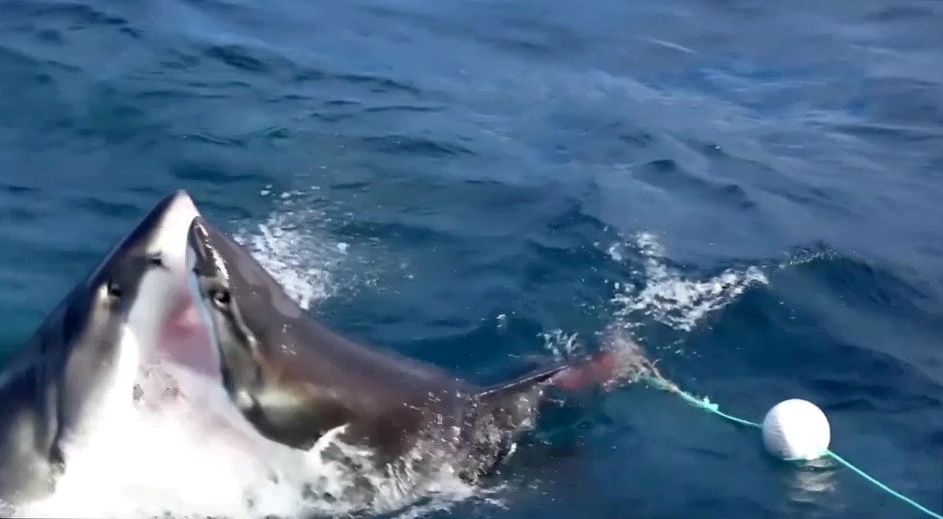 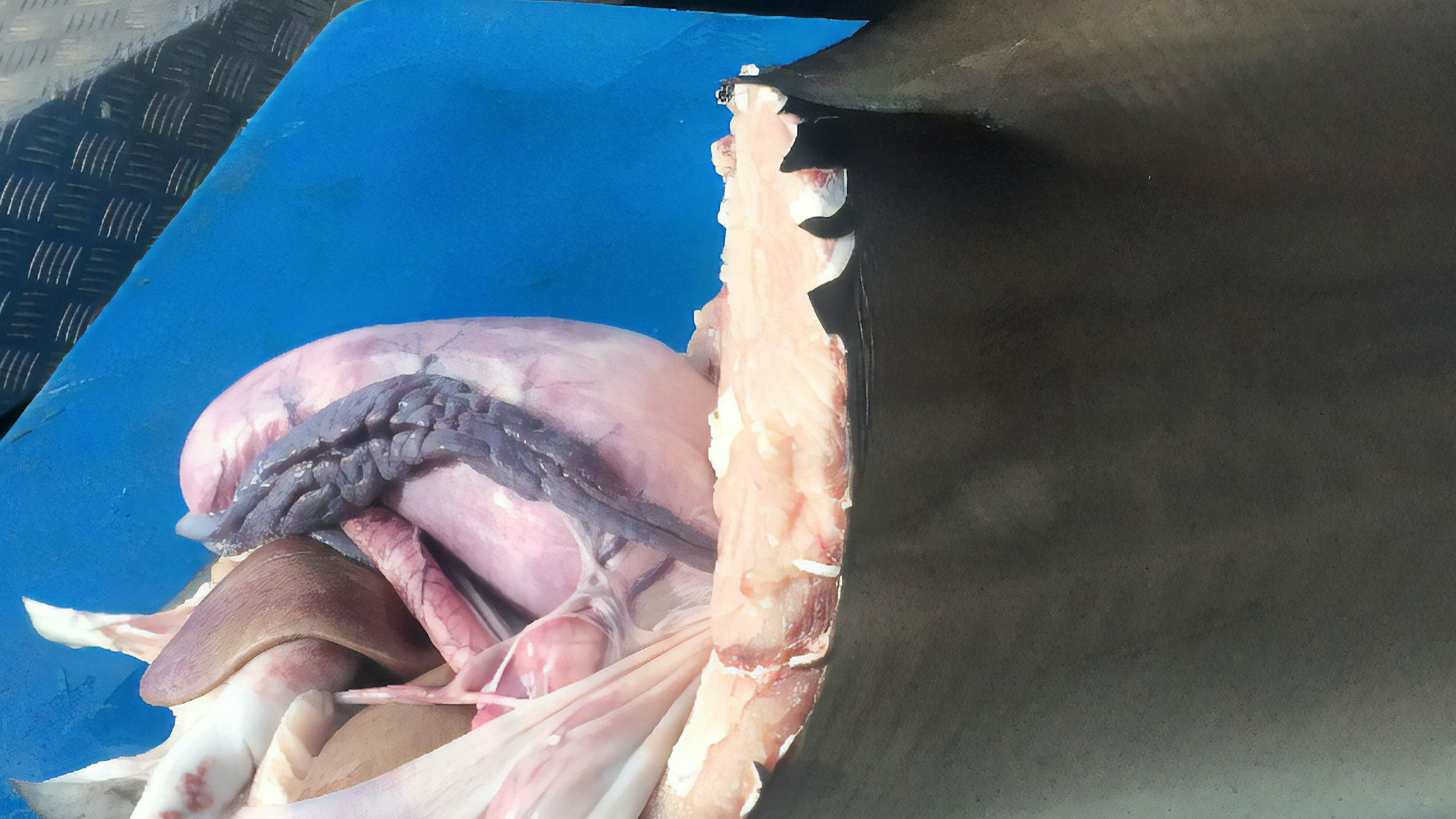 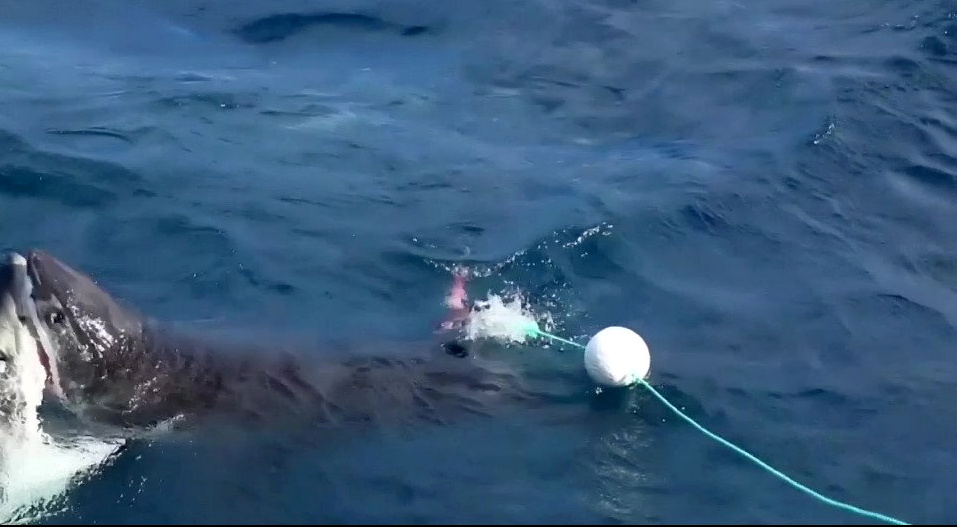