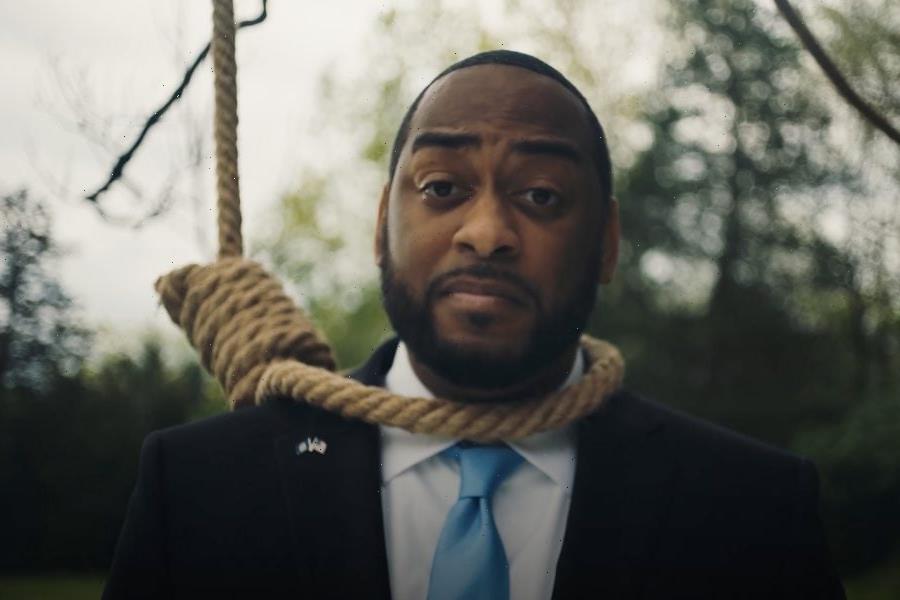 Another unusual feature of the ad is its running time—in a world of short-attention spans, political ads typically run for a 15- or 30-seconds; however, Booker’s ad runs at a record of 1 minute and 12 seconds time frame.

After opening with a warning about the upcoming graphic material, the campaign video aptly entitled “Pain of our Past,” Booker states, “The pain of our pasts persists to this day. In Kentucky, like many states throughout the South, lynching was a tool of terror. It was used to kill hopes for freedom. It was used to kill my ancestors.”

“Now, in a historic victory for our Commonwealth, I have become the first Black Kentuckian to receive the Democratic nomination for U.S. Senate.”

“My opponent? The very person who compared expanded health care to slavery. The person who said he would have opposed the Civil Rights Act. The person who single-handedly blocked an anti-lynching act from being federal law.”

“The choice couldn’t be clearer. Do we move forward together? Or do we let politicians like Rand Paul forever hold us back and drive us apart? In November, we will choose healing. We will choose Kentucky.”

After the ad was released, Booker sent an email to supporters, “Some people told me this video would be controversial. Too jarring…And honestly, this video was one of the hardest things I have done, but after a lot of prayer and reflection, I knew this video was an important message in confronting the trauma of our history.”

The moment in question to which the ad calls out Paul for blocking the anti-lynching law occurred when Senator Rand Paul “singlehandedly block[ed] its passage in the summer of 2020 – just days after George Floyd was murdered by police in Minnesota.” Although Paul did co-sponsor and vote in favor of revised legislation, the Emmett Till Anti-Lynching Act, which was signed into law by President Biden in March.

Paul’s reasoning for his initial objections centered around the bill’s concerning language, which he believed would “unintentionally mete out 10-year sentences for minor altercations…It wasn’t a popular stand to slow this bill down, but I wanted to do it because, you know, I thought it was the right thing to do…and in the end, I think the compromise language will hopefully keep us from incarcerating somebody for some kind of crime that’s not lynching.”

According to McClatchy, “Booker’s campaign has struggled to fundraise and gain traction against Paul, who isn’t seen as vulnerable to defeat in what’s shaping up to be a difficult year for Democrats.”

Perhaps this ad could be a turning point for the upcoming November election where Booker runs against incumbent Paul for one of Kentucky’s Senate seats.