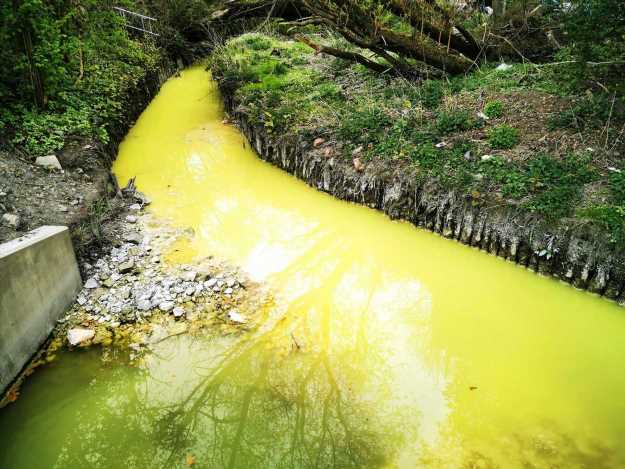 SCOTTISH residents have been left horrified after one of their local rivers turned bright yellow after chemical waste flooded into the waterway.

Shocking images show Polmadie Burn in Glasgow filled with toxic waste which came from the nearby former Shawfield Chemical Works. 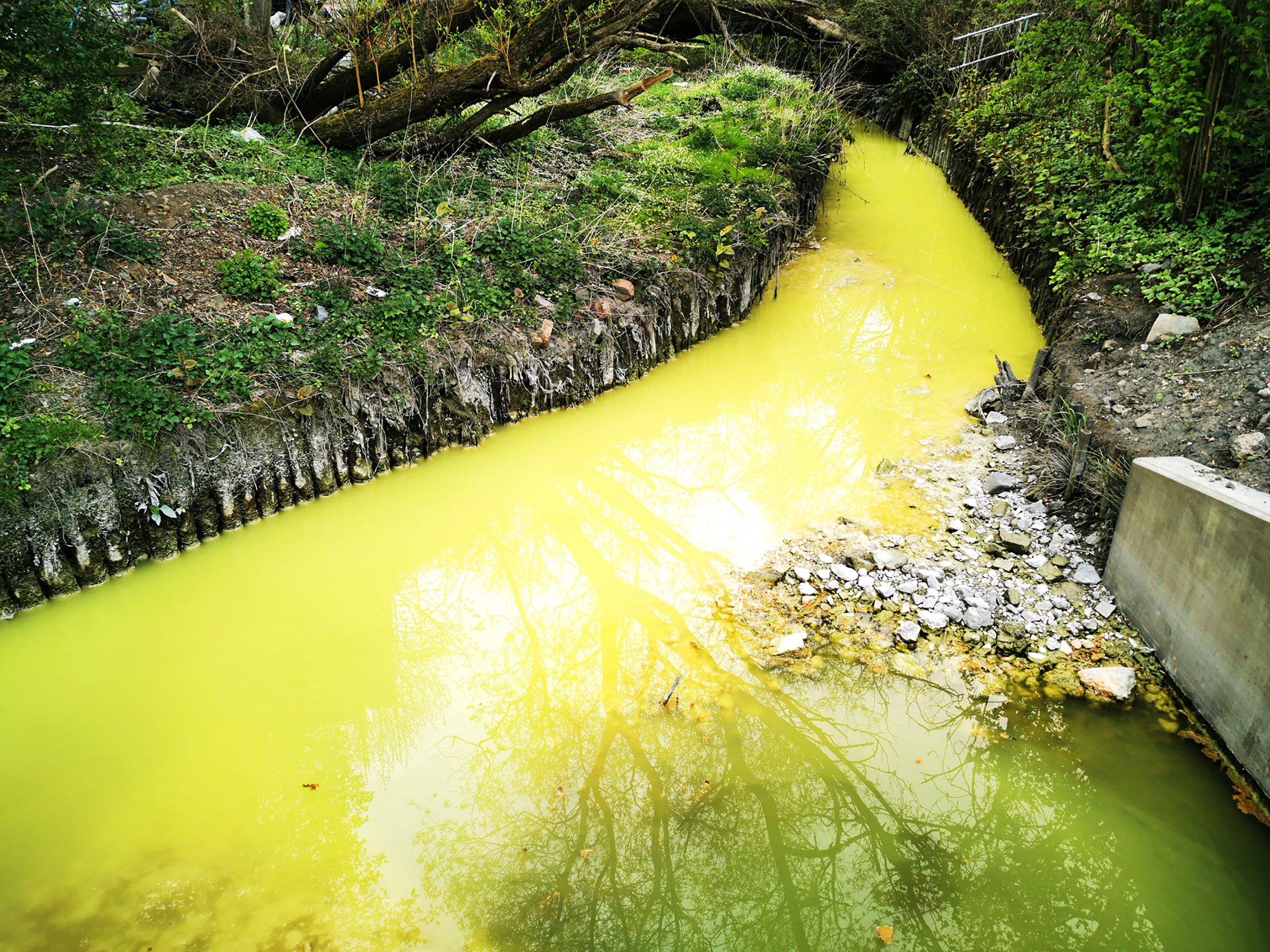 The images, taken on April 22, show bright yellow stagnant water filling the entire width of the burn as nature continues to grow around it.

Some areas surrounding the yellow water have turned green while foam builds up on top.

Clyde Gateway, a regeneration organisation based in Scotland, detected dangerous levels of toxic chemical, chromium VI in the Glasgow waterway.

Repeated exposure to chromium VI can cause inflammation of the lungs, allergic reactions in the skin and throat, kidney damage and lung cancer.

Scottish Environment Protection Agency (SEPA) today said they were aware of the situation and were sending one of their officers to the site.

However, the environmental regulator stated that rectifying the issue may not be complete until 2027.

Kirsty Lyall said: “That's really not good. The council needs to pull their finger out and get it dealt with immediately.

“As usual though it’s been happening for years and it will take someone to die from it before the panic button is hit and they do something about it quickly.”

Speaking today Colin said: “I recently saw a post regarding the burn a few weeks ago and went to see it for myself.

“It appears that some works have taken place in the location however I am surprised that no warning signs are in place.

“The burn is very close to a public park, the Jenny Burn restaurant is just feet away and there are many new build homes nearby.”

Decontamination has been ongoing in the area for years in order to get rid of potentially hazardous industrial chromium.

What is chromium VI?

According to the HSE, chromium is a chemical used in the production of and use of stainless steel and other chromium alloys.

It can also be used in leather tanning agents, production of dyestuffs, pigments for pottery and paints and for electroplating.

There are several health hazards associated with the chemical which can include:

If you have repeated exposure to the chemical, the hazards include:

The toxic waste was left behind in the ground by the former J&J White's Chemical Works which closed in 1967.

As part of the long-term redevelopment of the Shawfield area, Clyde Gateway is undertaking remedial works to address the pollution.

They are working with Glasgow City Council, South Lanarkshire Council and SEPA to identify how to fix the issue.

The plan is spread over a 15-20 year period and addressing this issue in full is not expected to be complete until 2027.

SEPA claims that Clyde Gateway stated that concentrations of chromium in the burn recorded in late 2020 are no higher than previously recorded.

A spokesman for the Scottish Environment Protection Agency said: “SEPA is aware of discolouration in the Polmadie Burn and has deployed an officer to the site.

“We are confident that this is a result of the legacy of chromium contamination in the burn, an issue which is the subject of significant work and investment to address.

"Anyone concerned about potential pollution incidents should contact us via our 24-hour online form at www.sepa.org.uk/report.”

A spokesperson from Clyde Gateway told the Sun Online: "Clyde Gateway continues to work in partnership with key stakeholders to address the contamination issues at the Polmadie Burn.

"The remediation strategy for the wider area is also continuing.” 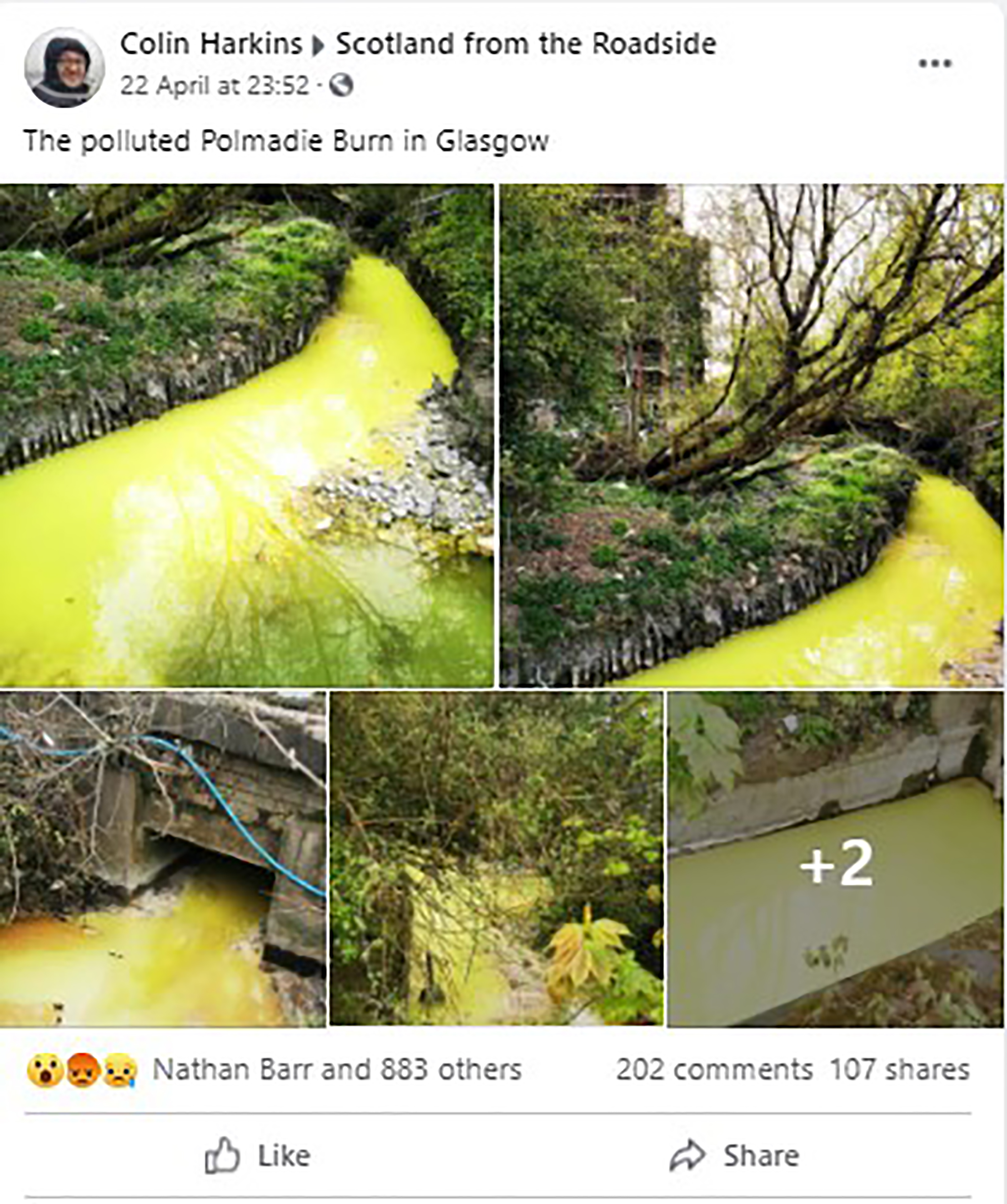