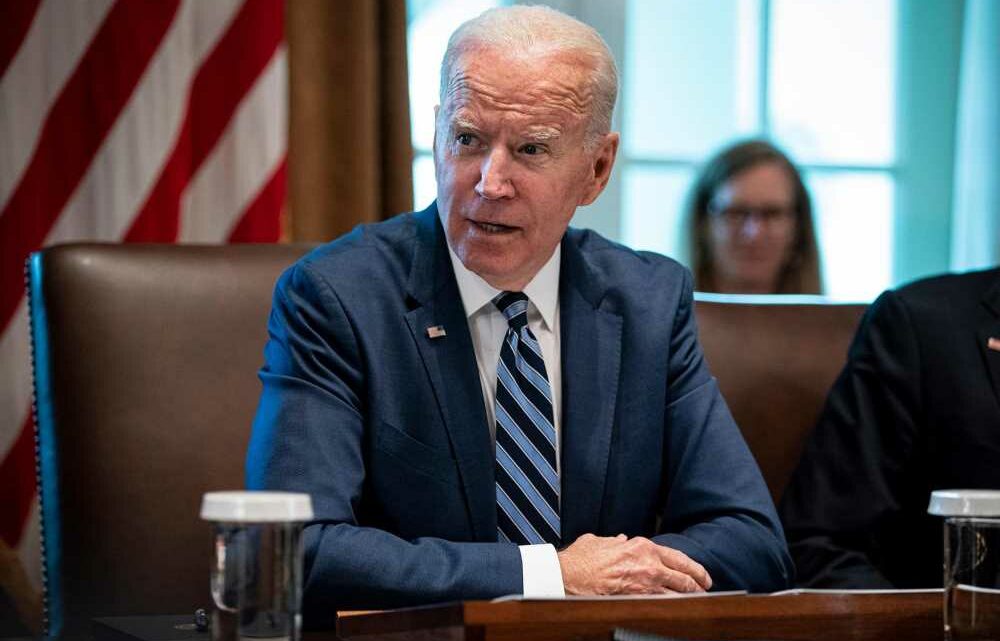 Influencer dead at 22 after haunting final post: ‘Life is short, let’s be crazy’

President Joe Biden wants to suppress speech that discourages Americans from being vaccinated against COVID-19. Because the First Amendment doesn’t allow him to do that, he is asking Facebook and other social-media giants to do it for him.

Or at least, that’s the way White House Press Secretary Jen Psaki, who calls the Biden administration’s demands for speech restrictions “our asks,” describes the situation. But given the federal government’s power to make life difficult for Facebook and other firms, the line between a request and a command is hazy, and so is the line between private content moderation and government censorship.

The background to this dispute includes an antitrust suit against Facebook that was dismissed last month but may be refiled by the Federal Trade Commission. It also includes Biden’s opposition to a federal law that shields online platforms from liability for content posted by users, which he thinks “should be revoked,” a woefully misguided idea that nevertheless has bipartisan support.

Last week, Surgeon General Vivek Murthy issued an advisory calling for a “whole-of-society” effort to combat the “urgent threat to public health” posed by “health misinformation.” His recommendations included “appropriate legal and regulatory measures that address health misinformation, while protecting user privacy and freedom of expression,” which is an oxymoronic formulation, since it is hard to imagine how any such measures could be consistent with the First Amendment.

Biden followed up the threat of government-imposed speech controls by accusing social media companies of “killing people” by allowing the spread of anti-vaccine messages. He modified that charge on Monday, saying platforms such as Facebook are merely accessories to homicide.

“Facebook isn’t killing people,” Biden told reporters. “These 12 people who are out there giving misinformation — anyone listening to it is getting hurt by it. It’s killing people.”

Biden thinks those “12 people” should be banished from social media, because they have played an outsized role in promoting anti-vaccine arguments. The White House also wants platforms to move more swiftly against other users who post “misinformation”; automatically ban users whose accounts have been suspended on other platforms; and make anti-vaccine content less conspicuous by changing the algorithms firms use to recommend posts.

“We don’t take anything down,” Psaki emphasized last week. “We don’t block anything.” Rather, the administration is merely “flagging problematic posts” and suggesting “additional steps” that Facebook and others should take against “information that is leading to people not taking the vaccine,” because “people are dying as a result.”

Psaki’s assurances are hard to take seriously, given the public pressure Team Biden is applying, its ability to launch litigation and support legislation that hurts social-media companies, as well as its threat of “legal and regulatory measures.” If those companies do what the president wants by cracking down on speech he doesn’t like, they will be acting as the government’s agents.

This censorship by proxy is especially troubling, because the “misinformation” that offends Biden and Murthy isn’t limited to verifiably false statements about COVID-19 vaccines, such as claims that they cause infertility or alter human DNA. It also includes messages that are accurate but “misleading,” which could mean they discourage vaccination by emphasizing small risks, noting that vaccines aren’t completely effective or raising questions about the methodology of vaccine studies.

Nor is the “misinformation” targeted by the Biden administration confined to speech about vaccines. Murthy is also concerned about messages that might encourage people to “reject public-health measures such as masking and physical distancing,” which would encompass even good-faith skepticism about the effectiveness of those safeguards.

In fact, the “health misinformation” that Murthy decries includes any statement about COVID-19 that he views as “misleading” in light of the “best available evidence,” which is open to interpretation and “can change over time.” If the Biden administration expects social-media platforms to enforce that hopelessly subjective standard, it is demanding unprecedented regulation of online speech that can’t possibly be reconciled with its avowed respect for freedom of expression.