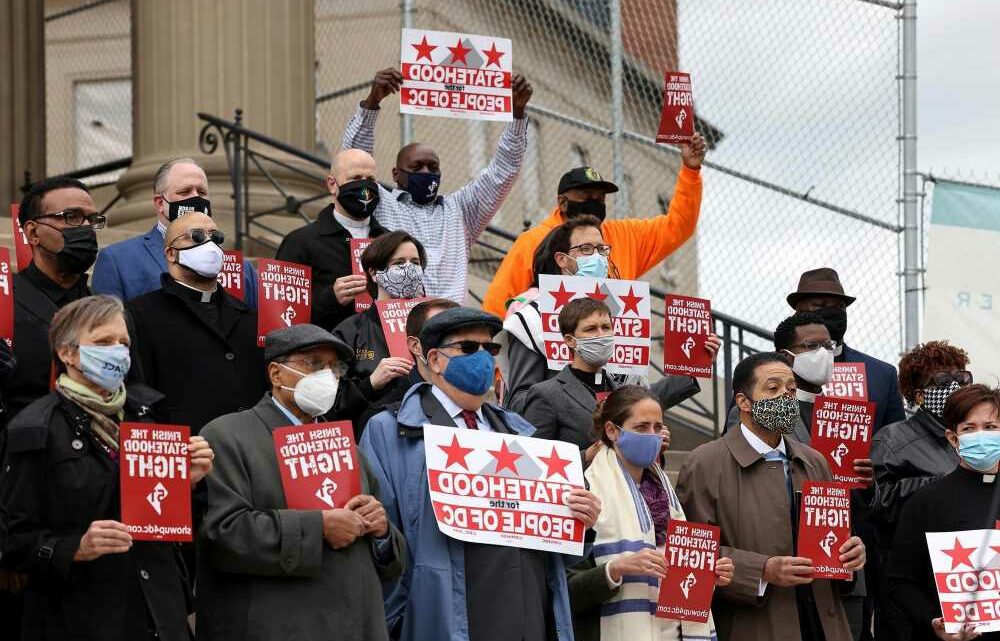 The White House is officially supporting Democrats’ long-shot effort to grant statehood for Washington, DC — a move that would all but assure the party would gain two more seats in the Senate.

“For far too long, the more than 700,000 people of Washington, D.C. have been deprived of full representation in the U.S. Congress,” the Office of Management and Budget said in a statement of Biden administration policy.

“This taxation without representation and denial of self-governance is an affront to the democratic values on which our Nation was founded.”

Congress should “provide for a swift and orderly transition to statehood,” the statement continued.

The city of Washington is home to more people than Vermont and Wyoming, but has no representation in Congress, as per Article 1, Section 8 of the Constitution.

With Democrats in control of the House, Senate and White House, the party has faced pressure from progressives to move on a host of issues, including DC statehood.

In order to do that, however, Democrats would need to hold a vote on a constitutional amendment. Such an amendment would need two-thirds support to pass, nearly impossible given the current makeup of the body.

Still, H.R. 51 faces an uphill battle in the Senate. Democrats would need 10 Republicans to cross over and support the legislation in order to have the 60-vote margin needed to pass it.

Republicans have noted that Democrats’ real motive here is that if DC became a state, the highly Democratic area would give the party another seat in the House along with two Democratic senators.

Biden has backed the DC statehood effort for years, saying as much repeatedly during the Obama administration.

In the OMB statement released Tuesday, the administration argued, “Establishing the State of Washington, Douglass Commonwealth as the 51st state will make our Union stronger and more just.”

The District of Columbia, it continued, “has a robust economy, a rich culture, and a diverse population of Americans from all walks of life who are entitled to full and equal participation in our democracy.”

The Democrat-led House voted last June almost entirely along party lines to make DC a state. One Democrat and the only Libertarian in the body joined all Republicans in opposition.

At the time, Republicans controlled the Senate, where then-Majority Leader Mitch McConnell (R-Ky.) vowed to not bring the bill to a vote.

Senate Democrats introduced the bill in the upper chamber, currently split 50-50, in late January, once their party took the White House and the Senate.

“DC will never be a state,” Trump said at the time.

“You mean District of Columbia, a state? Why? So we can have two more Democratic — Democrat senators and five more congressmen? No thank you. That’ll never happen.”