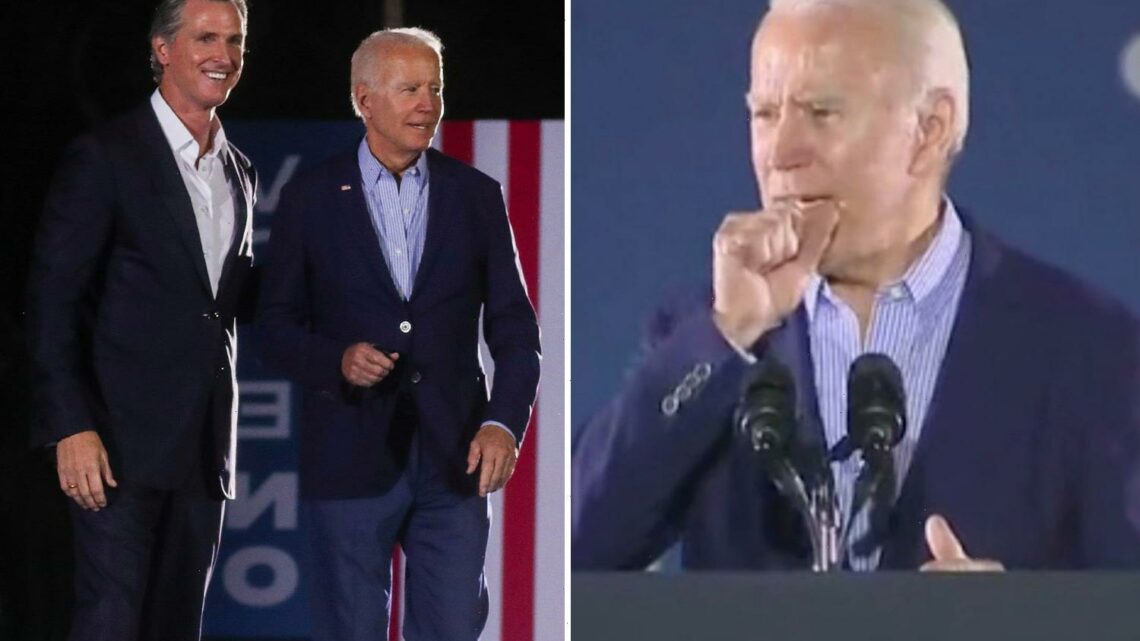 The 78-year-old fought off a cough and hoarse voice as he spoke from the campus of Long Beach City College on Monday, even apologizing at one stage and pausing to take a sip of water. 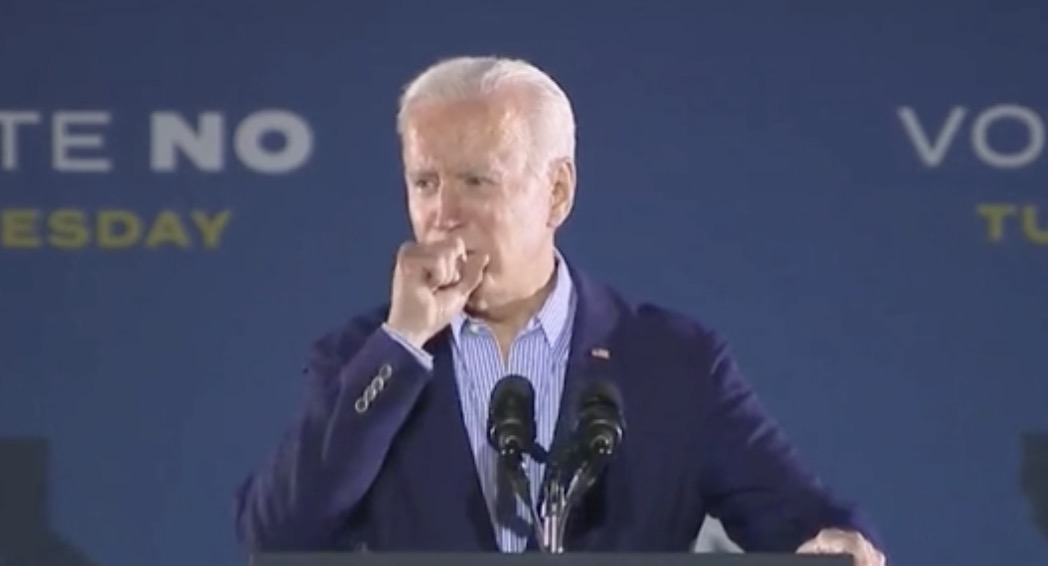 Biden's seeming discomfort didn't go unnoticed online, with one observer on social media claiming that the president – the oldest ever to be elected – looked "feverish."

"Biden had a nasty cough and looked feverish during his stump speech for Gavin Newsom tonight," Twitch Streamer Austin Frisch insisted on Twitter.

"I wish Joe Biden didn't cough so much during his speeches," added another. "I [love] him but it freaks me out."

Others said they were "hoping" the president's persistent cough was due to just dry air or allergies.

As was journalist Kim Masters, who said: "I'm not loving Biden's cough at this rally."

This isn't the first time Biden has sparked concerns over his health after coughing repeatedly during a live address.

The president has previously said that he suffers from gastroesophageal reflux disease, or what's more commonly known as acid reflux. It is a common condition that causes acid from the stomach to leak up into the esophagus.

But the admission has done little to stem the concern or dispel claims from critics who assert that he's not fit enough to run the country.

Last week, James Morrow, a host for Sky News in Australia, called into question Biden's mental acuity, insisting "something is wrong with this guy" after the president fumbled over his remarks during an address about labor unions.

"Something is wrong with this fellow. I don’t think he has the capacity to continue being president when you see so many weird appearances like that."

Morrow's remarks came in the wake of former White House physician Ronny Jackson voicing his own concerns over the president's health.

Despite being hindered by an unrelenting cough on Monday night, Biden still managed to reel off a series of shots against the GOP frontrunner in the California recall election, Larry Elder – even calling him a "clone" of Donald Trump.

"All of you know that last year, I got to run against the real Donald Trump," Biden said before making the sign of the cross, to laughter and cheers from the audience.

“This year, the leading Republican running for governor is the closest thing to a Trump clone that I've ever seen,” Biden said.

Elder is a conservative talk radio host, author, attorney, and documentary filmmaker who entered the recall election in July.

Elder has recently come under fire for stating that the descendants of slave owners deserve monetary reparations because their ancestors’ ”property” was taken from them at the end of the Civil War.

His campaign against homelessness includes a proposal to relocate unhoused people to California’s unused land, which “would not be burdened by government regulations so low-cost housing could be built cheaply.”

"Can you imagine him being governor of this state?" Biden asked. The audience answered with a resounding cheer of “no.”

The recall petition was first introduced in February 2020, before the Coronavirus became a pandemic and has to do with his handling of previous issues from immigration to homelessness to property taxes.

A petition received 1.7million signatures for a recall vote in April 2021, surpassing the threshold necessary to trigger the vote.

Since the recall was originally broached in February 2020, many have praised the strict mask mandates and substantial economic support California has implemented under Newsom.

“I’m so tired of trickle-down economics,” Biden said. “It’s about time we build from the bottom up and the middle out.”

Biden urged voters to keep Newsom in office as a means of dampening the impact of the Covid-19 pandemic.

“It’s hard to believe there are any climate deniers left in America,” he said. “The last place you want someone like that is in the governor’s office in California.”

Elder has preemptively warned against election fraud in the recall, and has supported Trump’s refuted claim that his loss in the 2020 presidential election was illegitimate.

The conservative radio host claimed the presidential election was full of “shenanigans.”

“My fear is they're going to try that in this election right here and recall,” he told Media Buzz on Sunday.

Elder is one of 46 candidates running in the attempt to unseat Newsom. 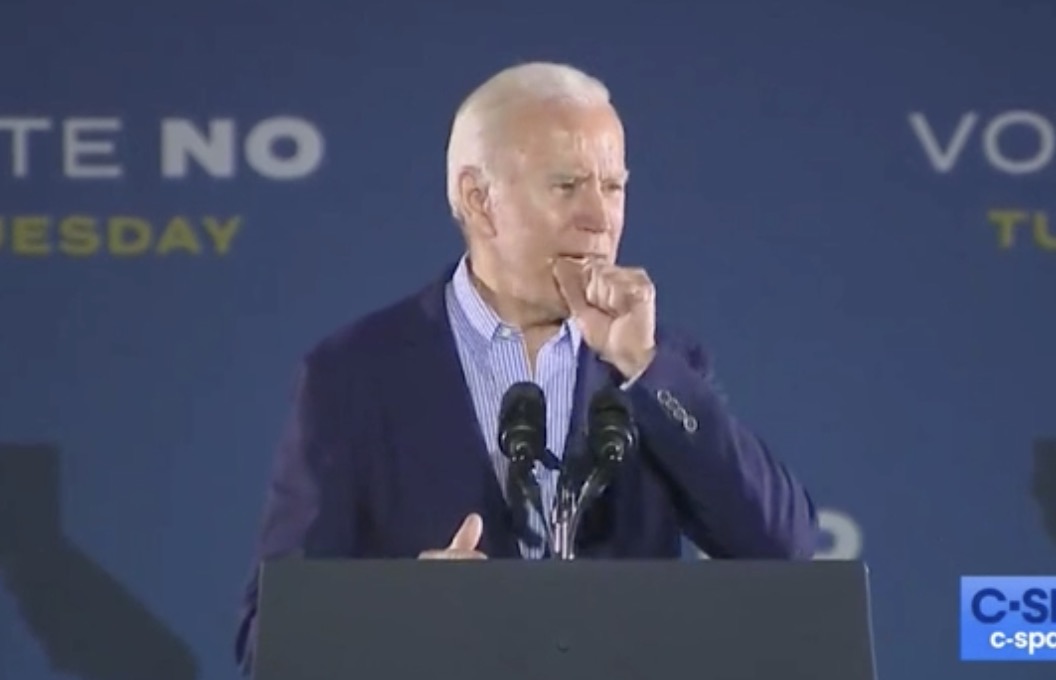 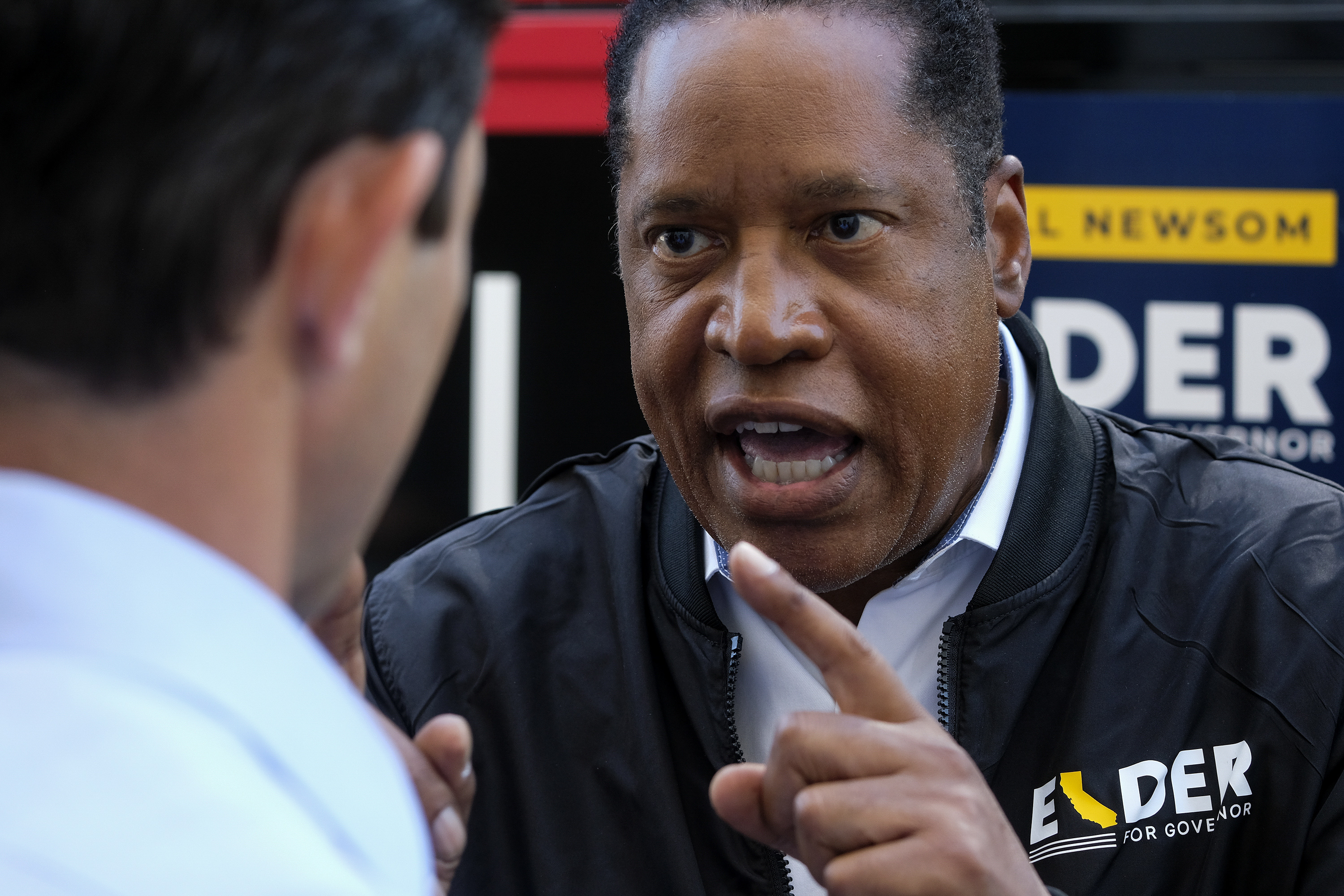 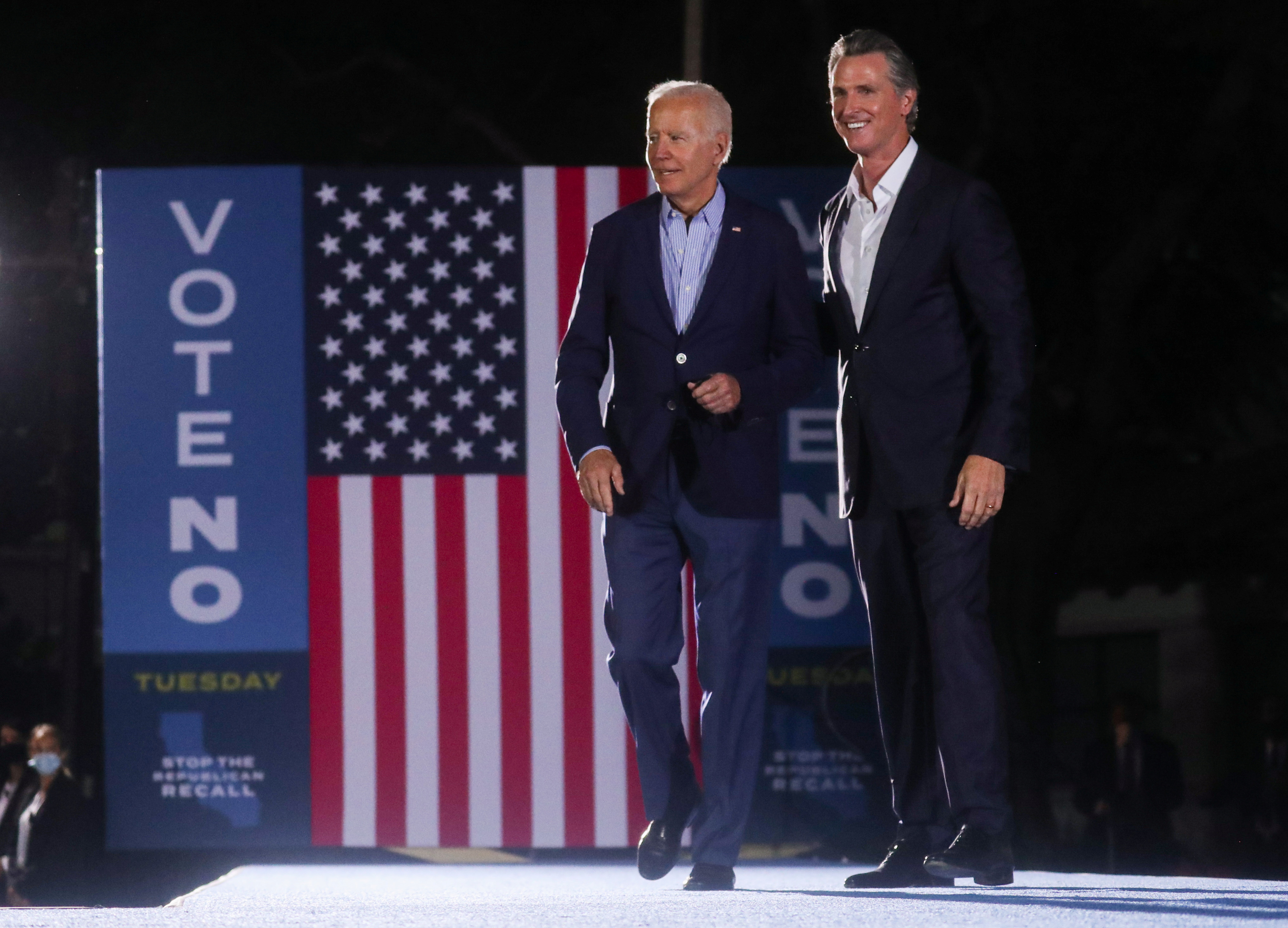