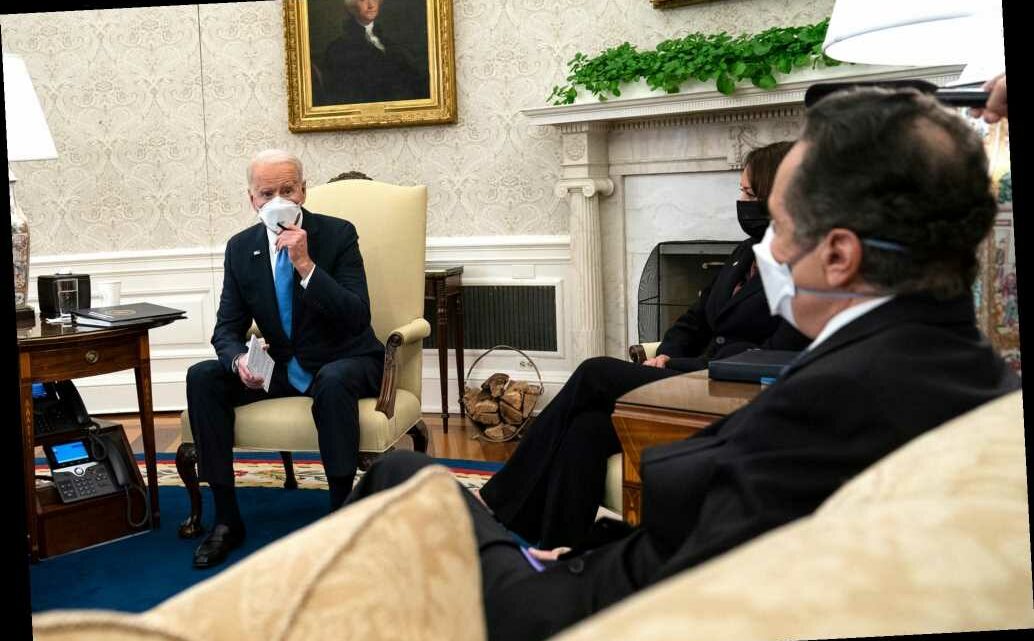 It was the elephant in the Oval Office, but somehow, President Biden and Gov. Andrew Cuomo didn’t discuss his COVID-19 nursing home scandal when they met last week.

The controversy “was not a focus of their conversation or a topic,” White House press secretary Jen Psaki told reporters during her daily briefing Tuesday.

The governor visited the White House after an explosive Thursday night report from The Post revealed that top Cuomo aide Melissa DeRosa admitted that the state concealed the number of nursing home deaths due to concerns that the numbers would “be used against us” by the Department of Justice.

Psaki said Tuesday that the meeting with Biden and Cuomo, which included a handful of officials from other states and cities, focused on the president’s proposed $1.9 trillion COVID-19 stimulus bill.

“The focus of the meeting was on the president providing an update on his plans to help get the pandemic under control, to discuss with them the American Rescue Plan and, in a large group meeting, have a discussion about what the challenges were that were facing governors and mayors — you heard some of the mayors come out here. So no, that was not a focus of their conversation or a topic,” Psaki said.

The usually press-courting New York governor hid from reporters during his Friday jaunt to DC, unlike fellow Arkansas Gov. Asa Hutchinson, a Republican, who gave a press conference on the White House driveway.

Cuomo has attempted to walk back DeRosa’s remarks by saying his administration only was stonewalling requests for data from state legislators while continuing to work on an Oct. 27 request for data from the Justice Department. Skeptics note that DeRosa’s remarks appear to indicate a broader stonewalling and that New York has not provided the feds with full data on nursing home deaths.

Cuomo said Monday that New York sent some information to the Justice Department on Jan. 8, but his office has not released that documentation.

The next wave of stimulus will drive another surge of retail investing in the stock market, Bank of America says