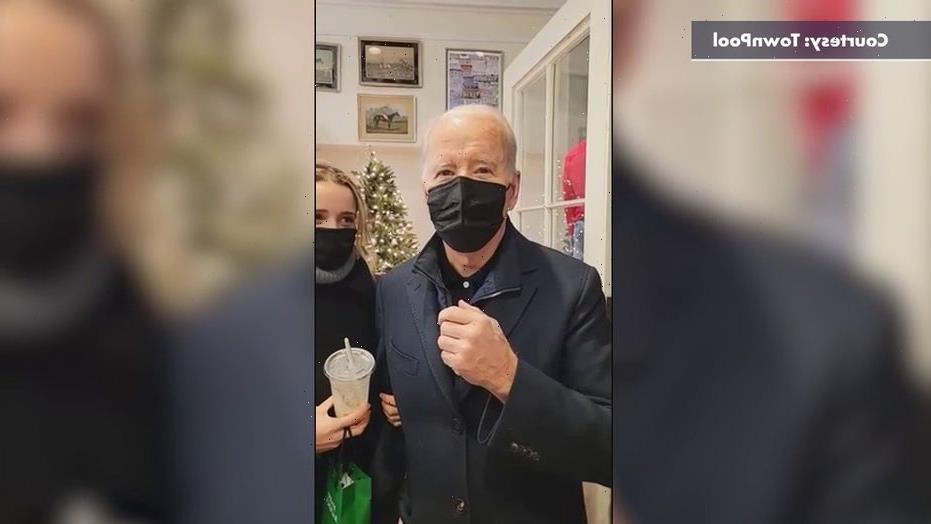 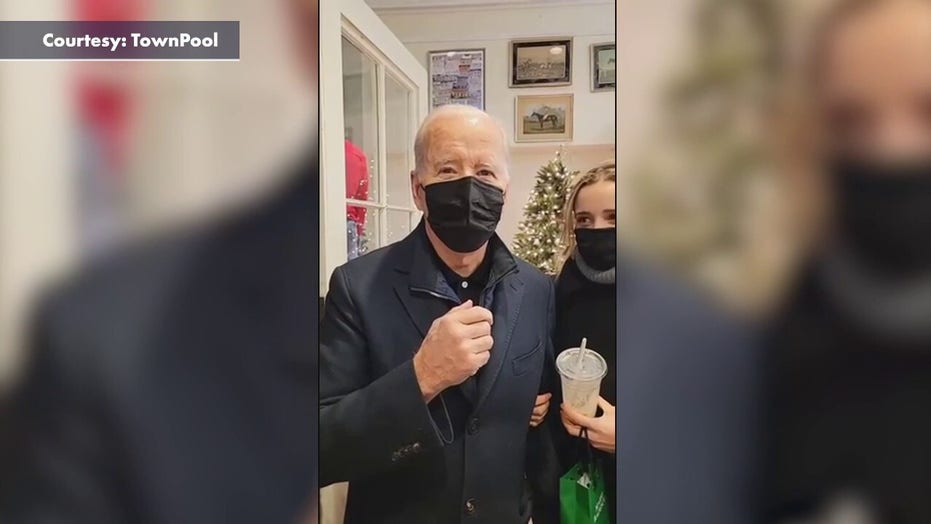 President Biden visited New England for Thanksgiving and was asked to choose a side on clam chowder: New England or Manhattan.

As America feasted over Thanksgiving, President Biden visited New England for the holiday and was asked to choose a side on clam chowder: New England or Manhattan.

Biden does then say, “No, no, no, New England clam chowder.”

New England and Manhattan have long tussled over who is king of clam chowder, with New England’s version boasting a creamy soup and Manhattan’s having one with a tomato base.

TownPool told Fox News on Sunday that Dew often asks people in the store what their favorite chowder is, describing it as a “running joke.” The store’s Instagram page shows celebrities and public figures such as James Carville, Amanda Knox, John Hope Bryant, John Kerry and others also answering the same question from Dew.

The store also posted the video of the lighthearted exchange on Instagram, accompanied by various products it sells with Biden’s name.

“We have received a lot of hate for posting the video and the product that we are selling,” TownPool told Fox News in an email. “Ironically a majority of our staff did NOT vote for the President, but were honored he visited.”

The store added that it previously faced “double irony” when it was “beat up by the left for selling our NanTexas shirts.”

TownPool also touted that Biden is “the first sitting President to spend the night on Nantucket since President Grant in 1874.”

Biden celebrated Thanksgiving at a private equity billionaire’s Nantucket home this year, which sparked outrage from some Republicans who claimed he is out of touch with the struggles Americans face as inflation soars during this holiday season.

He also traveled to Coast Guard Station Brant Point on Nantucket to visit service members stationed there on Thursday, and virtually called troops stationed across the world “to thank them for their service and wish them a happy Thanksgiving.”

He also did some local shopping on Saturday on the island, where he was spotted shopping inside a store without wearing a mask despite urging Americans across the nation to wear such face coverings.

A sign was visible outside Murray’s Toggery Shop instructing patrons to wear a mask and the island re-instituted an indoor mask mandate earlier this month. Biden, however, was spotted with his mask pulled below chin as he strolled through the store.