A ‘beautiful’ two-year-old girl has choked to death on a sausage she had for lunch as her family launch a petition to ban ‘awkward’ foods from nurseries.

Sadie Salt started choking on the sausage while having lunch at Mini Learners nursery in Radlett, London.

An air ambulance and paramedics rushed to the scene and the youngster was taken to St Mary’s Hospital where she spent two days in intensive care.

Medics battled to save Sadie’s life but she tragically died on November 14.

Family friends of the youngster – who leaves behind two older brothers –  launched a petition calling for sausages and grapes to be banned from all nursery settings as they are ‘renowned for their awkward shape and tough skin’. 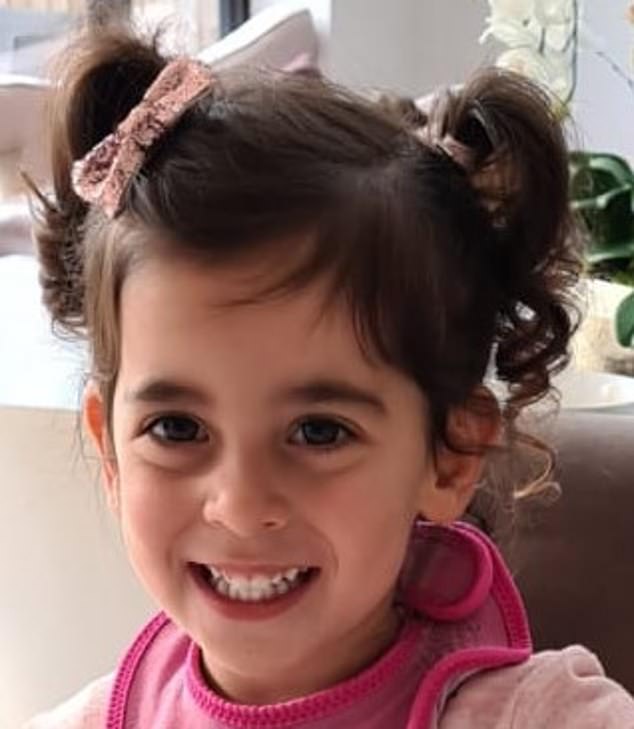 A fundraiser was launched on behalf of the family for COSMIC – which supports children’s and neonatal intensive care units at two London hospitals – and £36,700 has already been raised.

A message shared on the page read:  ‘On behalf of Zoe, Adam, Zachary and Joshua, this page is to pay thanks to the wonderful care and support given to Sadie and us, after her tragic incident on Thursday 12th November.

‘We are devastated to have lost our beautiful Sadie on Saturday 14th November.

‘Sadie spent two days in St Mary’s Hospital paediatric ICU where the care she, mummy and daddy received was incredible.

‘The team at the ICU are beyond amazing and the care for Sadie and the support for us was outstanding.

‘They do an amazing job and fully deserve all the support they can get.

‘They took tremendous care of our Sadie and us and nothing was too much to make us all feel loved, cared for and supported.

‘We are in terrible pain as we suffer the untimely loss of our daughter and sister, but the huge support of love from you all has been overwhelming.’

‘We are so proud to tell you that she was able to help others by donating vital organs to go on and save lives.

‘Please show your love and support for Sadie and us by giving to this wonderful charity. It means so much to us all and from the bottom of our hearts we thank you all for thinking of us.’

Family friends launched a petition, calling on their local council to ban sausages and grapes from all nursery settings. 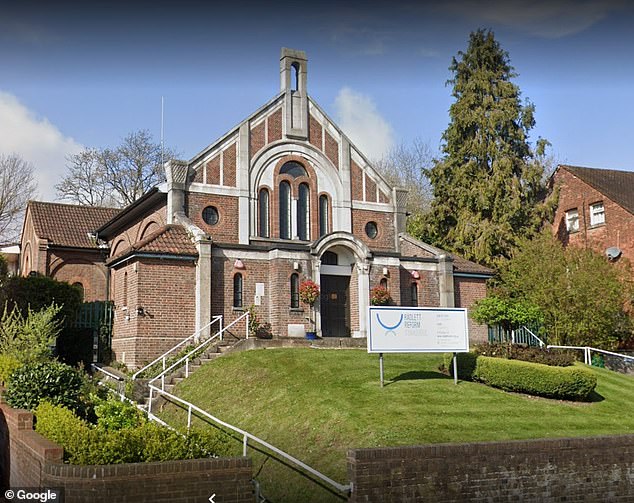 Sadie started choking on the sausage while having lunch at Mini Learners nursery (the synagogue where the nursery is, pictured) in Radlett, London

The petition’s description reads: ‘This is a petition we never thought we’d be writing.

‘Tragically on the 14th November 2020, Darren’s best friend’s daughter lost her life after choking on a piece of sausage whilst having her lunch at nursery.

‘We are fully aware that accidents happen but things can also be put in place to prevent these accidents occurring.

‘Sausages are renowned for their awkward shape and tough skin, thus making it extra challenging for small children to chew. Grapes fall into the same category.

‘We are appealing to get sausages and grapes banned from all nursery settings ASAP so no other family has to go through the devastation and heartbreak that so many people have felt this weekend.’

A Mini Learners nursery spokesperson told the Borehamwood Times: ‘We are absolutely devastated by this news and our sincere and heartfelt condolences go out to the family.’